Cobbling together a walk from Glen Croe

Cobbling together a walk from Glen Croe


This is a pretty brief account of the walk - and, like the route map, approximate rather than exact.

Having visted the Cobbler and Ben Narnain last September, I'd missed out the western Arrochar hills, as well as not had much of a view from the Cobbler. With a bright early morning start, that looked the perfect spot to begin my highland walking for the year. This approach sacrifices the good path (and some scrambly options) from the east, but looked an interesting way to revisit the Cobbler and add two hills I'd missed.

Arriving at about 8 am, the skies were blue though some of the hills were still dozing under cloudy covers. I parked up in a layby about 2/3 of the way up Glen Croe, just beyond a bridge. 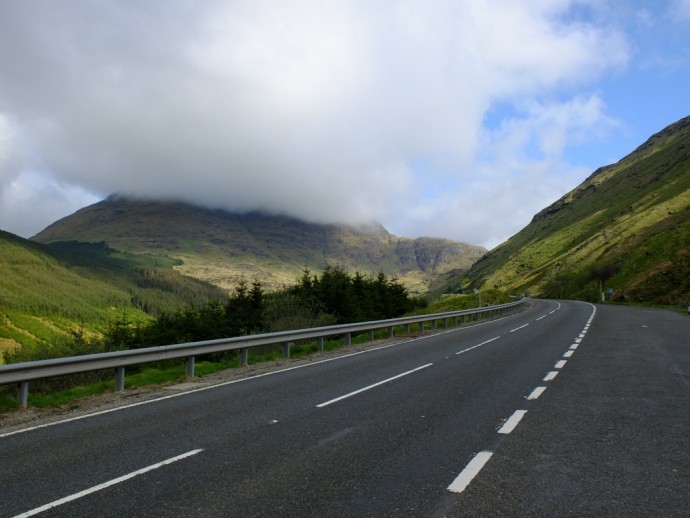 Crossing a stile, there was something of a path, a little boggy lower down, but I was soon making good progress around the northwest side of the Cobbler, above a burn but tending to keep below some rougher crags. 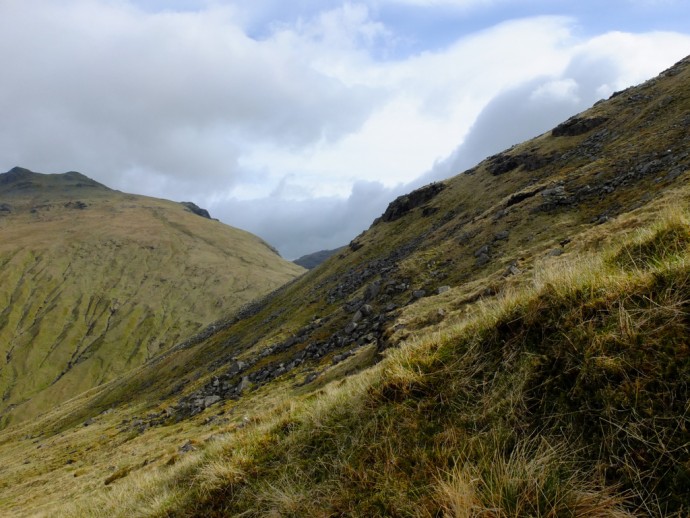 Slopes of the Cobbler

Things looked cloudier as I joined the main path (near to the bealach between the north and central tops), then reached the summit area at about 9:30. 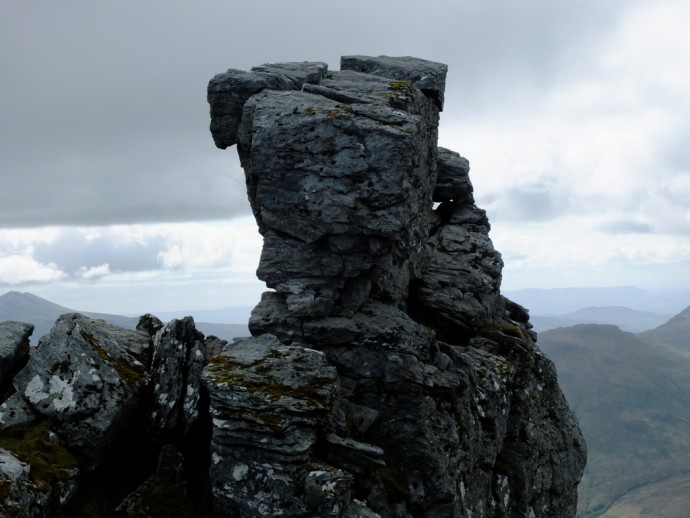 Beinn Narnain was frowning, maybe at being bypassed today, while the north top showed its finest side. 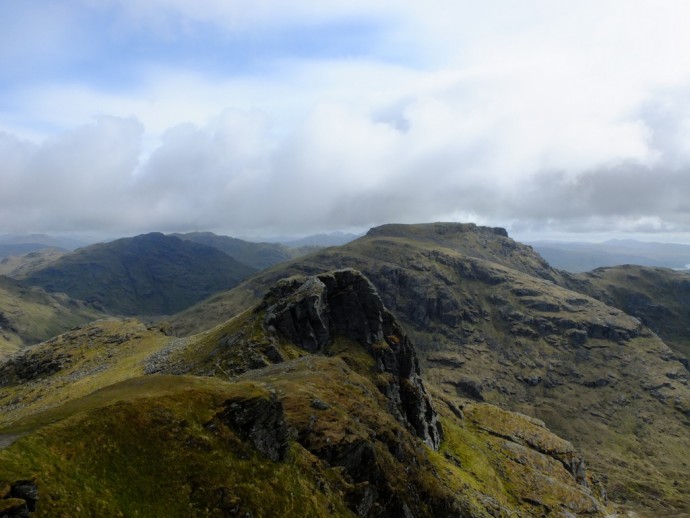 North from the Cobbler

And, just to prove that I made it through the Needle and up the scramble: 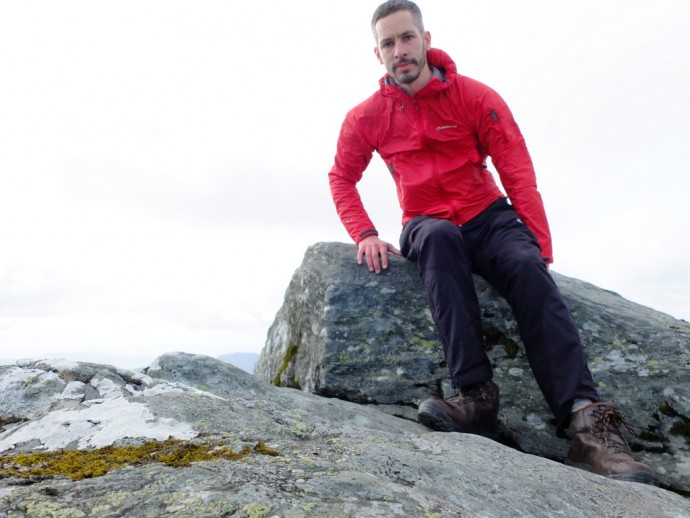 The bank of cloud headed past once I left the top block, enticing me onward to Beinn Ime. 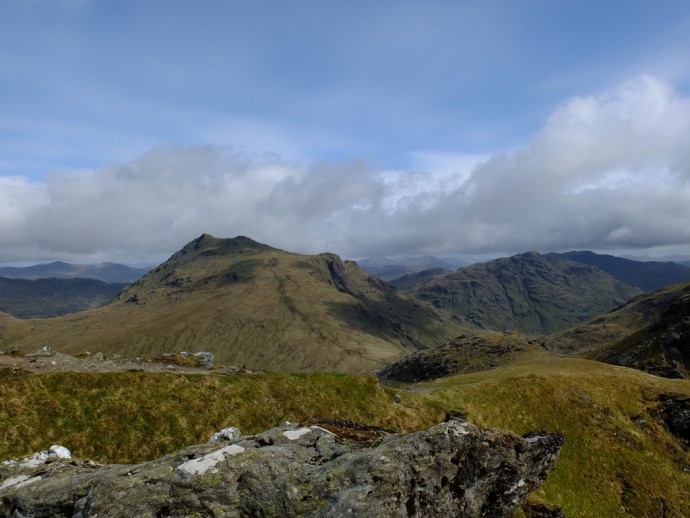 I was familiar with the path down the north side of the Cobbler (which steepens a little towards the bealach, but is well-made with block steps). Crossing the wider bealach to Beinn Ime, there is a trodden rather than a made path. That was boggy and quite churned-up in places, testifying to the hill's popularity. More folk were appearing, in both directions, but I had the summit to myself on arriving. There were a couple of tiny red flags (I'd noticed one or two on the way up), though I've no idea why. 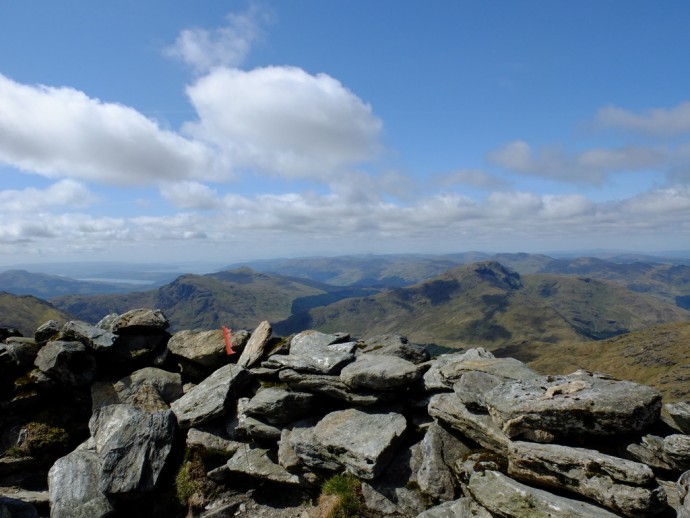 After taking in the views and re-fuelling, I followed the path to descend 100 metres or so, then headed southwest and around to Beinn Luibhean. This is a bit of an add-on among the Arrochar hills, but can offer good views including one of Beinn Ime's rougher sides: 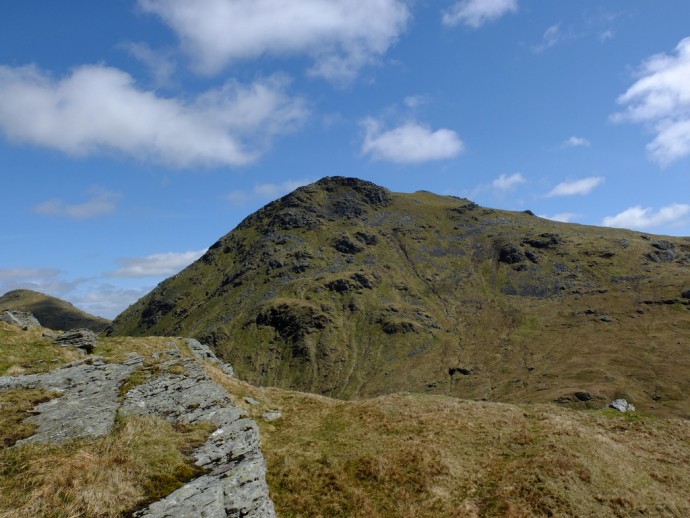 Beinn Ime from the west

I also admired Beinn an Lochain and earmarked it for a later visit. 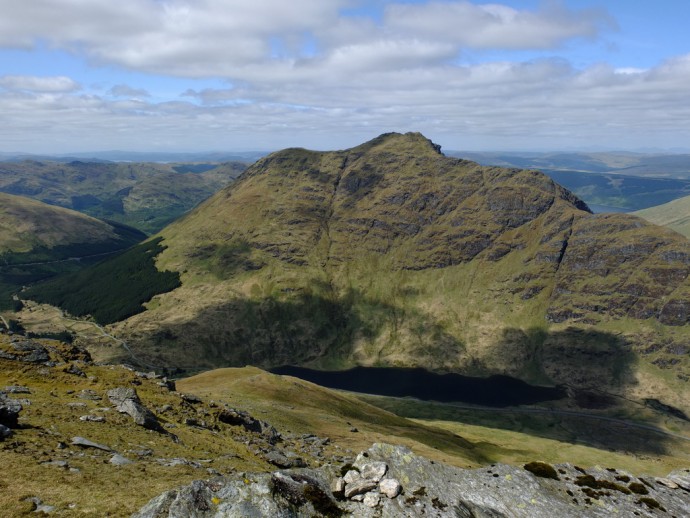 I descended south by southeast, avoiding some craggier slopes (on the OS map), reaching a pipe intake on one of the burns flowing down the hill. There's a sort of track, maybe as much the work of sheep as boots, that keeps on the north side of that burn as it descends. After a short stretch of young birch (and a few bluebells), I passed a little piece of pasture to reach a footbridge and cross the burn. Re-crossing it by the road bridge returned me to the car-park at roughly 1pm.

Re: Cobbling together a walk from Glen Croe

. I was looking at something similar if I end up in this area with the car (I haven't been through the needle on the Cobbler yet