Wainwrights included on this walk: Yewbarrow

New_Route (2).gpx Open full screen  NB: Walkhighlands is not responsible for the accuracy of gpx files in users posts

I've covered many of the Lake Districts mountains as a kid with my parents although never recorded any of them and therefore unsure of exactly how many or which I've been up (with the exception of some of the outstanding and larger ones).
First time up up Scafell Pike, Sunrise on Helvellyn, Ice Hockey on frozen tarn on Pavey Arc spring to mind.

My challenge of just over 3 years now has been to complete the 214 in Damson's lifetime and we are on target to thrash that, but I've only covered one of these (Helvellyn) with my Dad and up until today none with my Mum.

Following our ascent of Pillar (http://www.walkhighlands.co.uk/Forum/viewtopic.php?f=16&t=20766) and a photo of Yewbarrow taken from path upto Black Sail pass last year, my Mum mentioned that Yewbarrow was her favourite fell and a plan was hatched to do this mountain with her.

Now, I've said to myself (and anybody who was prepared to listen) that I would not be going up there without perfect weather conditions as we'd already stood underneath Stirrup Crag and seen how steep and sharp it was and other reports on here and other websites suggest it could be a bit hairy. I probably should have stuck to my words !!

Our walk finally started after meeting up at the Overbeck Car Park in Wasdale at 11:30. The weather had been terrible about 45 minutes previous as we made our ways across Birker Fell and through Eskdale but the sun was giving it a go as we set off up the grassy nose towards Bell Rib.

First stop was for a geocache at Bell Rib and a chance for todays first photos (and possibly the only photos with any view as the cloud line sat almost directly above our heads. 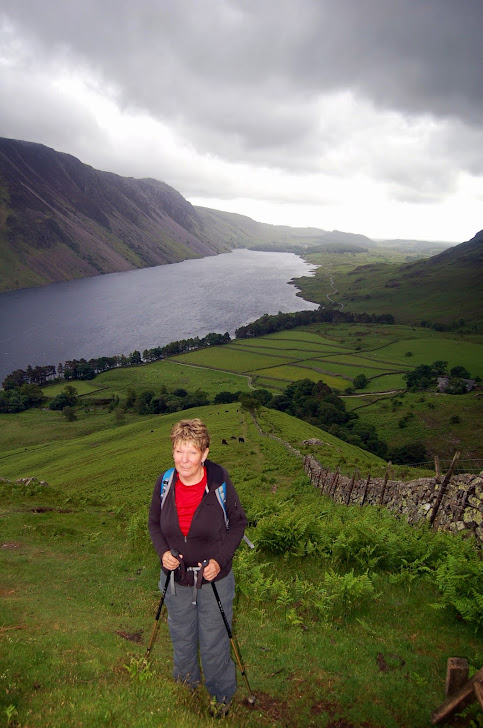 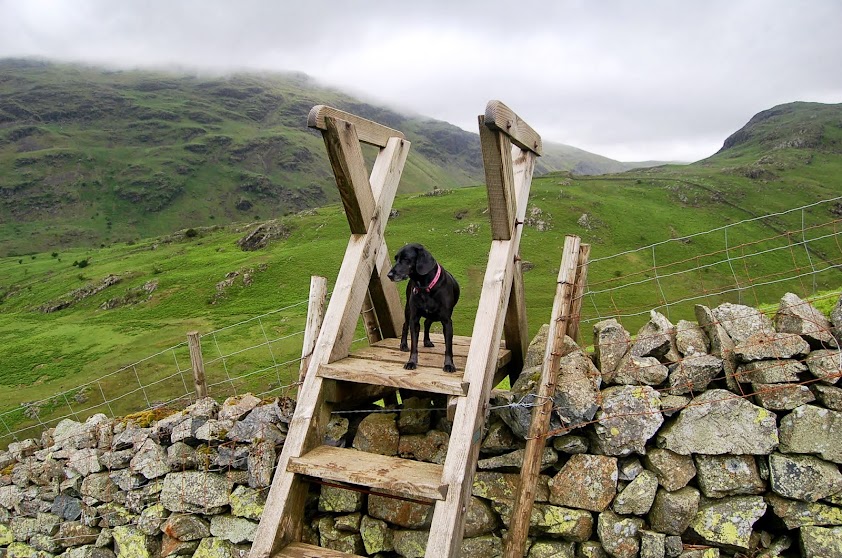 We traversed the stile and headed up the path to the next junction before heading right and following the scree and stony paths up Little Door. A large number of boulder bags have been placed on the path in order to counter attack the erosion. The path up was somewhat easier than expected but probably due to the fact we hadn't opted for the tougher Great Door route. 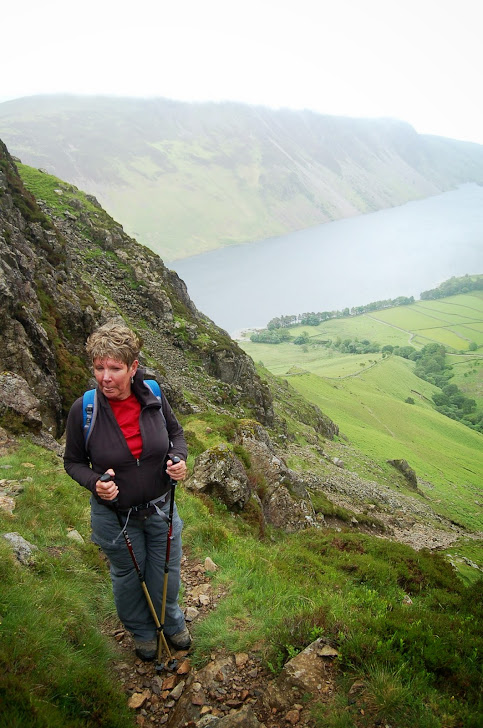 As we popped up onto the ridge where the two paths combine, the wind was very strong and our journey over the top of the fell taking in both north and south summits was a fight with hardly any view at all. Visibility was about 50 metres and we even took summit photos at the first cairn we crossed as we couldn't see the large remaining bank in front of us to the actual southern summit. 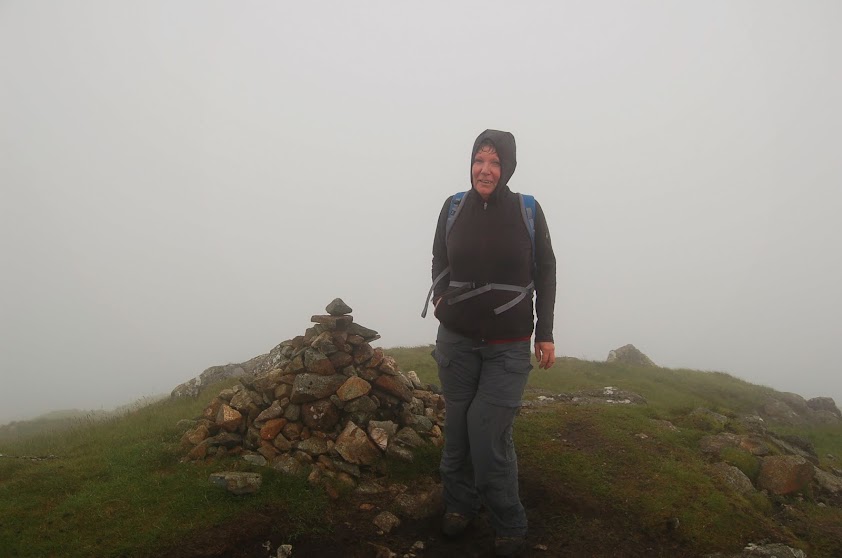 Mum at cairn below first summit 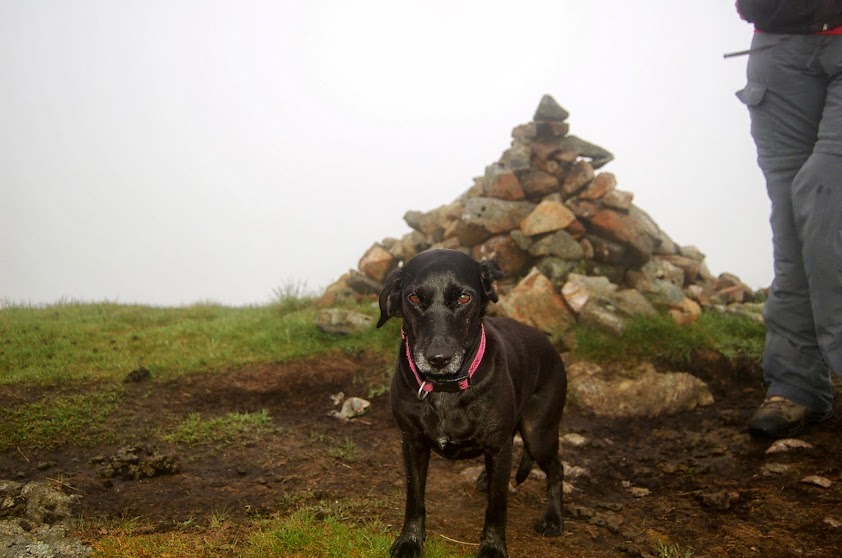 A wet and wind blown Damson

The wind knocked me off my feet on this section on a clamber up some rocks and a last second grab of a rock stopped me from bouncing off its side to a much worse landing. A cut to the hand was all I suffered (and a dent to my pride) so I donned a glove to protect it and looked like a fell walking Michael Jackson for the remainder of the walk. 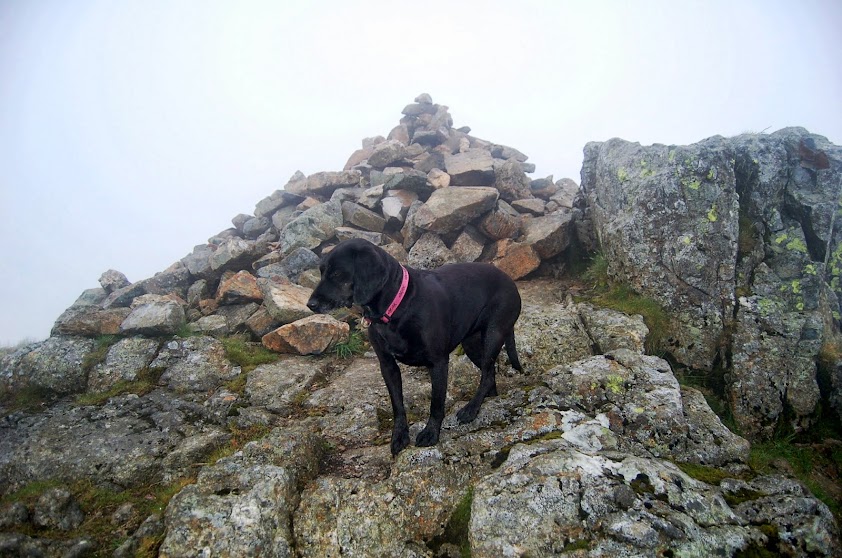 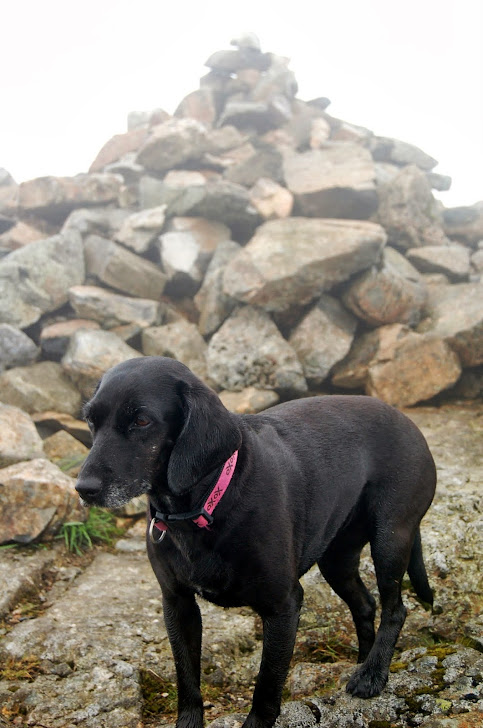 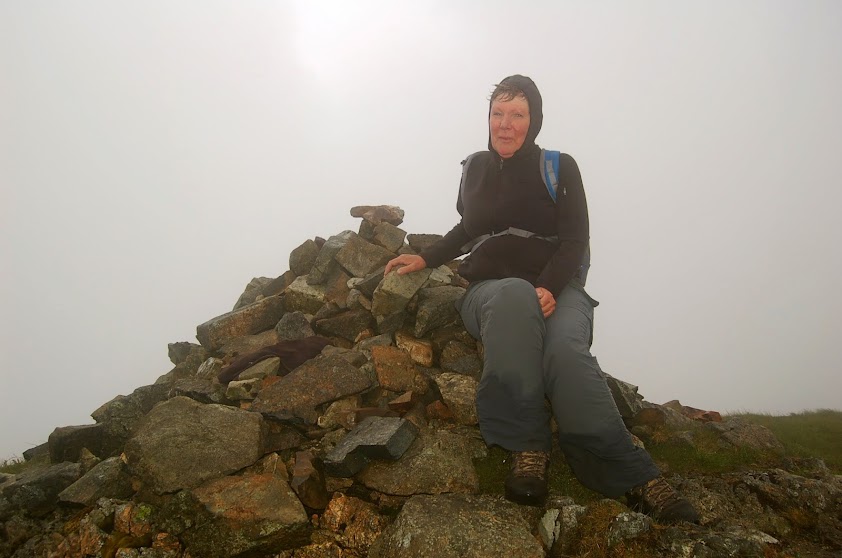 A very wet and windy Mum on Northern summit 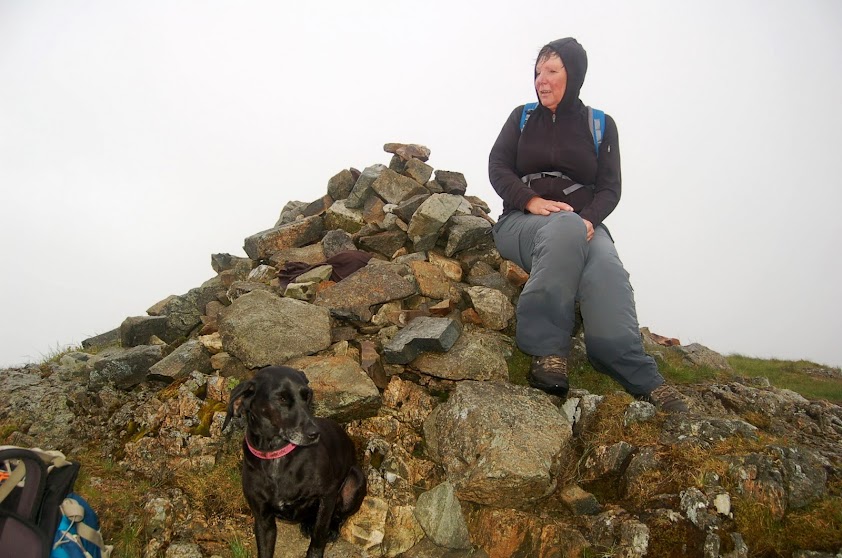 On northern summit of Yewbarrow

At the northern summit we had a few minutes of fun while Mum tried to don her outer jacket. The wind was so strong that just keeping hold of it was proving difficult and it took both of us to complete the job.

Our descent path took us down to Stirrup Crag and the bit I thought may cause the most problems.
The majority of this path, although steep and rocky was easily passed by carefully lowering ourselves over the rock shelves. Two areas were of note however and were more difficult especially on wet rocks and still being hit by the wind.
Stirrup Crag was the worst of these and took a little while finding a path down, finding the appropriate hand and foot holds whilst half hanging off the mountain. 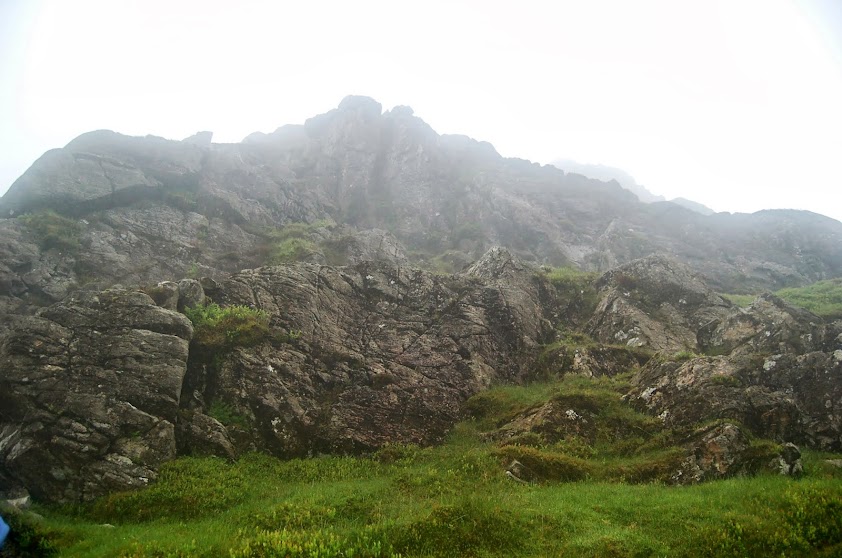 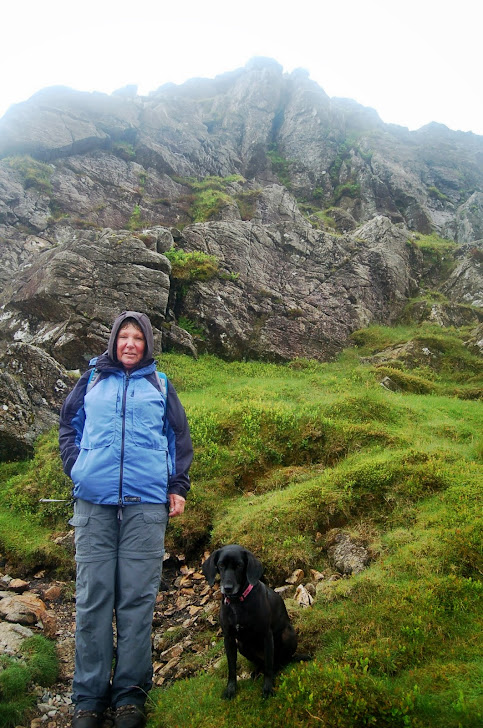 Having made it down to Dore Head and back below the cloud line, it was a nice leisurely walk back to the car down the valley to the left of Over Beck and back towards Bell Rib. We took the path down the opposite side of the wall to our ascent and got back to the cars around 3:00.

We headed back into Eskdale and stopped at the King George IV for a pint and some dry roasted peanuts, or should I say that Damson had the majority of the peanuts !!

Despite no view and terrible conditions, the walk was great and spending a bit of time with my Mum is something I haven't done a lot of just lately. I shall have to rectify that !!

What a shame the weather wasn't any better but, well done to your Mum

And you and Damson, of course

I've been up Yewbarrow many times and still feel ill at the thought of Great Door; I always felt compelled to look through the door even though I don't like big drops like that

We went no where near it in that wind. I'll have to return on a day with a view though. I've been searching through my blogs to find ones I've not got decent photos for (or any in some cases when camera failed).
Only 3 to go now but may have to wait for 214, when family are up in August.