There don't appear to be any reports of this walk so I thought I would put one up. There are quite a lot of parking places along the A830 but the one you want is on a bend in the road about 2km east of Loch Eilt. You can tell you are in the right place because there is a gate with a notice board giving information about access to the hills. Once over the gate cross the burn on a bridge and then cross the railway line. I skirted round the east side of a small hill and then followed the ridge above a burn to gain the main north west ridge on Beinn Odhar Mhor. Once on the ridge it is just a question of following it to the summit where there are the remnants of a trig point. There are great views across towards Streap and Co and down Loch Shiel. 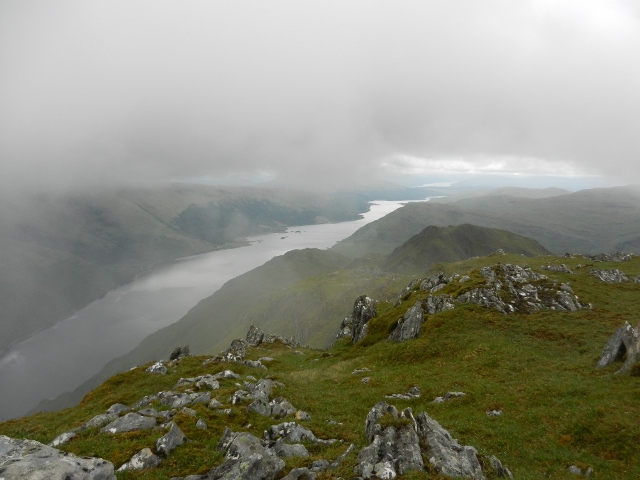 The ridge leads on to south towards Beinn Odhar Bheag, which is actually the first Corbett of the day. 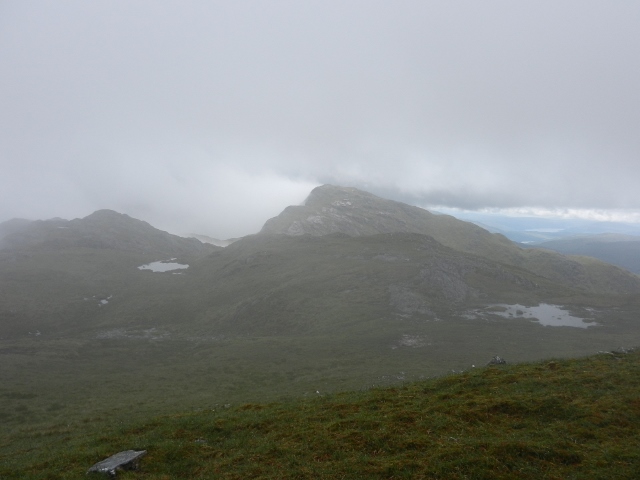 There is then a big drop down to Bealach a'Choire Bhuidhe and a steep slog up to the summit of Beinn Mhic Cedidh. 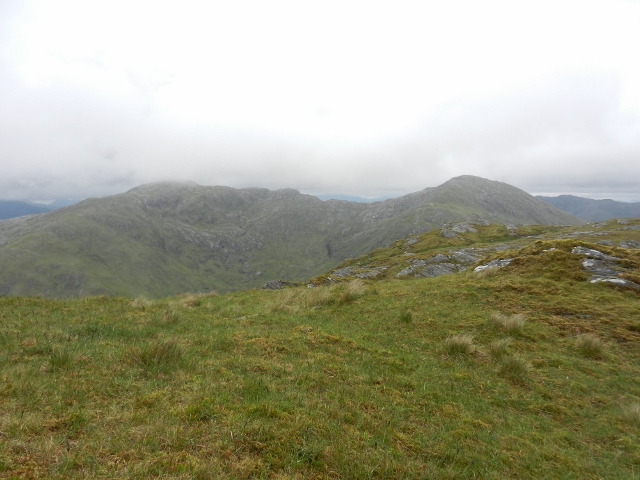 This summit gives the best views of the day and the descent of the north ridge is very enjoyable. There is a point where you can head off towards Sgurr na Paite. This might have been easier than carrying on down the rocky ridge towards the Allt a Choire Bhuidthe as I did. In either case there is a bridge to cross the burn just before you reach the railway line. From there a rather muddy track leads alongside the railway line and crosses it via a tunnel. More mud ensues until the track fords the burn and you can reach the road. It is not far (but far enough with speeding vehicles to contend with) back to the car.

A grand hill altogether , very underrated and under visited area

Hope to do these this year so good to see this report especially the info for parking. Cheers