I lost my camera between leaving the Glen Sannox path and arriving at Cioch na h-Oighe. No great loss as it was a cheap point and shoot & am sure there are lots of good photos of Arran's hills on this site. Although that night the views from the top of Goatfell at sunset & rise were spectacular.
The best way to Goatfell is to scramble up the face of Cioch na h-Oighe then over Mulloch Buidhe and North Goatfell. I nipped down to the bealach on the way intending to climb Cir Mhor but overcome by the heat and laziness just sat down for an hour. Bivvied on Goatfell, midge were out but went as it got cooler. On walk out in morning the beach was empty had a paddle in the sea then passed everybody arriving as I caught the ferry, it was hottest day of the year so far.
I've been going to Arran for over 25yrs, its full of memories: watching seals at Kildonan, drinking whisky in a cottage with 2 pals(one now dead) all of us glowing after a winter day out, my son black with mud having fallen in bog coming off Chliabhain then jumping in Glenrosa water on another roasting day. It's not what your doing its who your doing it with - during the night on Goatfell I was with all these people and more; in memory.

- Nothing illustrates the perversity of munrobagging more than the fact I've met hillwalkers from Glasgow and Ayrshire who have climbed a hundred or more munros but have never been on the hills in Arran. Some of the best ridgewalking in Scotland on their doorstep missed for another tick. I'm not complaining it keeps it quieter for the rest of us.

- Getting film developed, changing rolls I couldn't be bothered so never carried a camera in the hills, unless my family were there & did it. When digital cameras came I was so used to not keeping a record(whether on film or written) that it never occured to me to take pictures. In the last year and a half I've got used to the excuse for a rest that a camera brings, it kills part of the experience(in my mind) but helps me relive it later. I suppose what I'm saying is that I have enjoyed taking photos & might have to buy a more expensive camera.
I've no regets about missing photographs of all those sunsets, inversions etc on scottish hills there will be more. I do regret not taking photos when I was in more exotic locations abroad, places I'll never revisit, still there in my memory but dimming as years go by.

In lieu of new photos here are some old ones my son took not sure which year he'll know.. 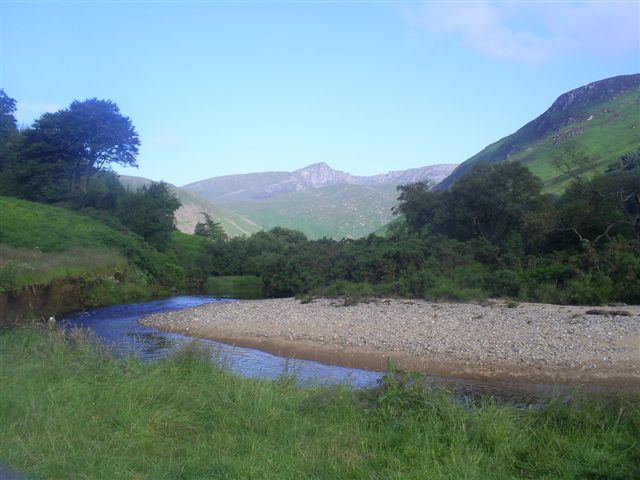 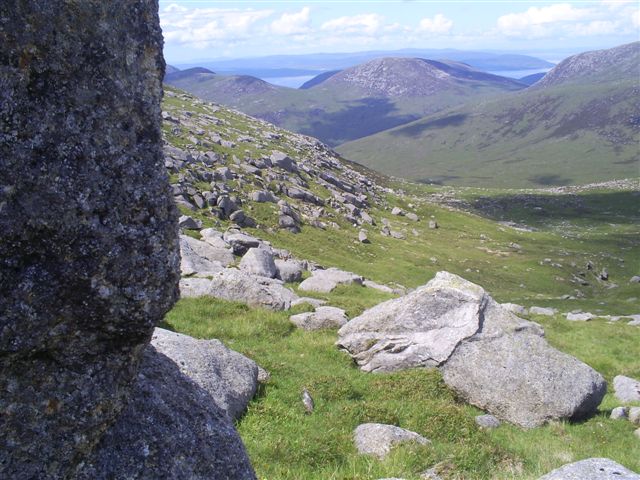