Loch Loch and Beinn a Ghlo

Loch Loch and Beinn a Ghlo

Loch Loch , so good they named it twice

The old Gaidhlig word for dark , is "loch" and usually associated with the goddess of water, that is the root of this Loch Loch

"The dark Loch of the water goddess"

Bha robh mi riamh air a ' bheann , Blár Athall ach ceilidh mi air Coille Creithnich agus Cath Raon Ruairidh .... Although my Fathers side of the family emerged out of Glen Errochty a bit further NW than Blár Athall a good few generations back , I had never been to the tilt side of Blár Athall other than a visit to Killiecrankie and the battle site a few years back so I decided a wee visit on Beinn a Ghlo would be a grand introduction to "the west mounth" ..... which is corrupted from the Gaelic An Monadh Iar .

Started off at Loch Moraig which I found eventually after taking a road on the other side which took me off roading and onto a cattle gate into a field .... wrong place

The day was bright ,but the hill was in a coat of mist and cloud which made my mind up to do this round anti clockwise ,although I had considered this so I did not have a long walk out ! 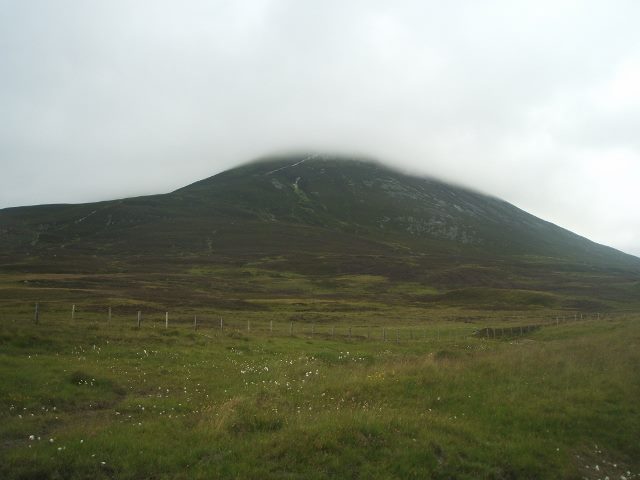 She is well named the grey one

. I thought the low cover might clear off as the day wore on so took the good track and path out to the flank of Beinn Bheag .... I would agree good is in the eye of the experience ,if it was wet this path would be a fecker 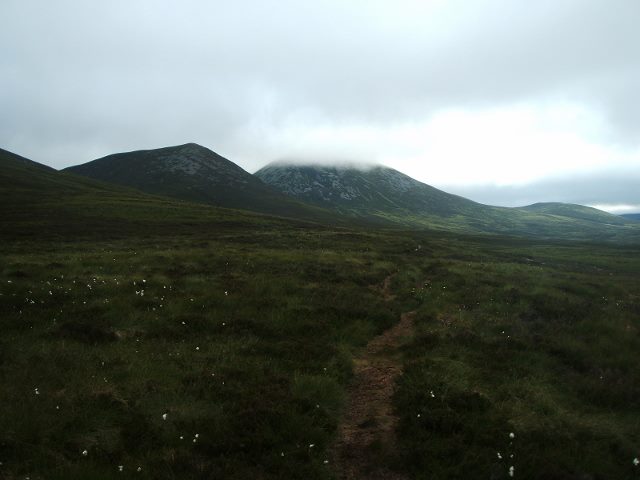 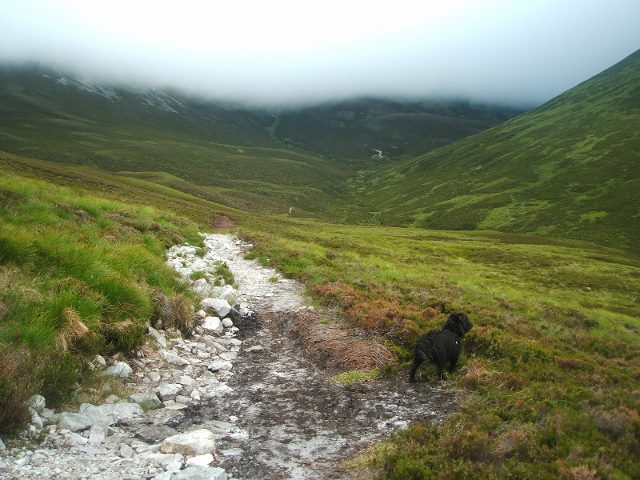 Good time to the bealach at Airgoid Bheinn under 2 hours but no sign of the Sgoth agus Ceo shifting as yet.

She is a peak of many Cárn ..... Cárn nan Gabhar ,so we visited them all in the murk 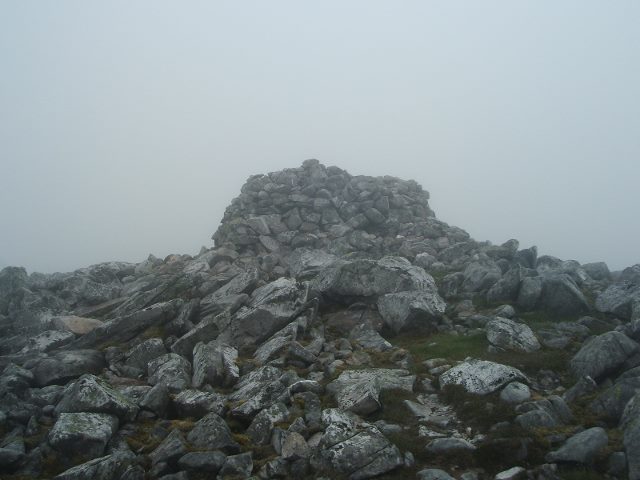 Uill abair latha ..... well I was beginning to wonder if this was going to be a day of blank views , would be my first "latha gun sealltain " in 35 peaks, since October 2012 , a good record 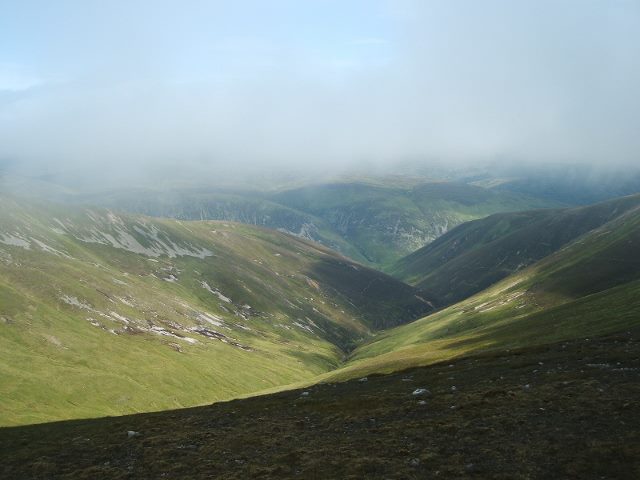 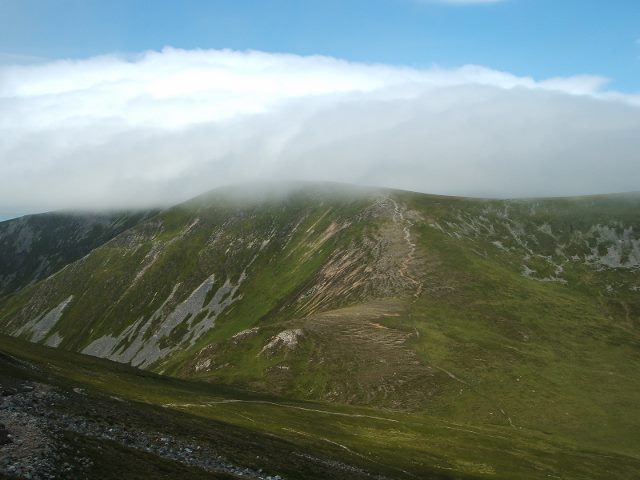 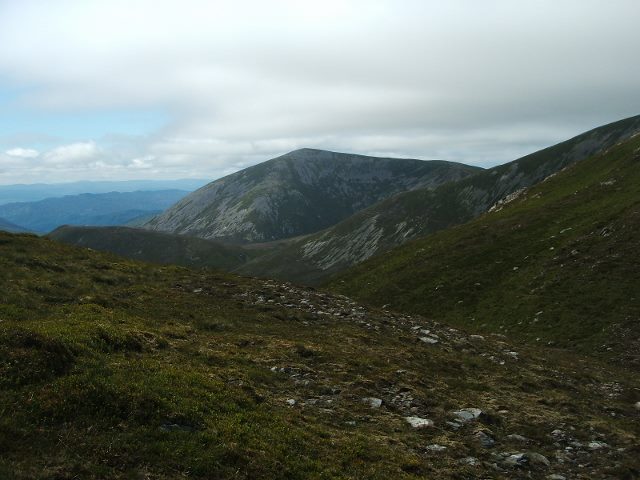 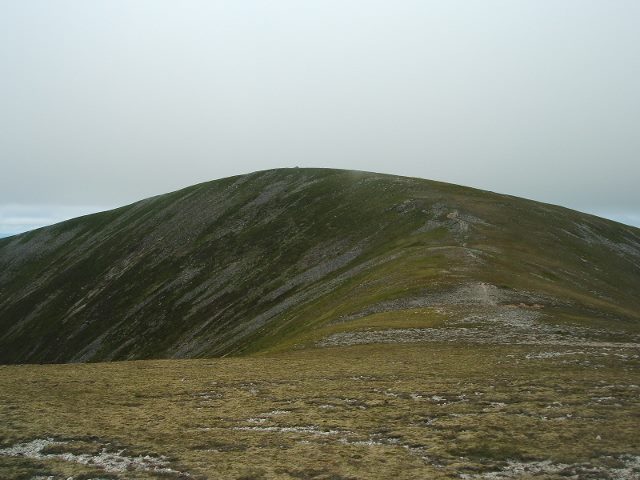 It is not to bad a pull up to the cárn and the surrounding country was revealing its mystery , well managed for shooting and stalking 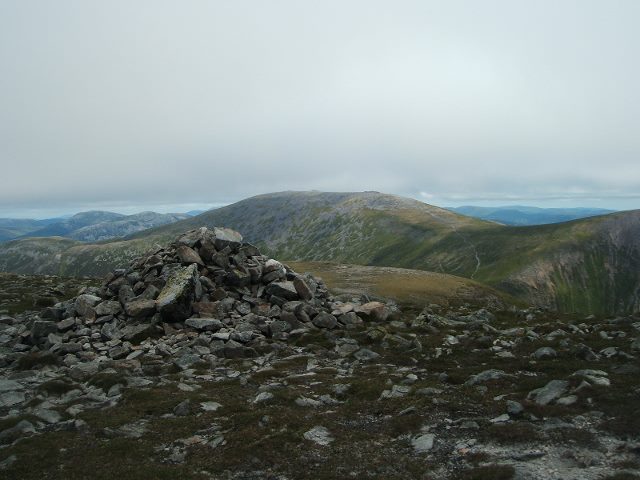 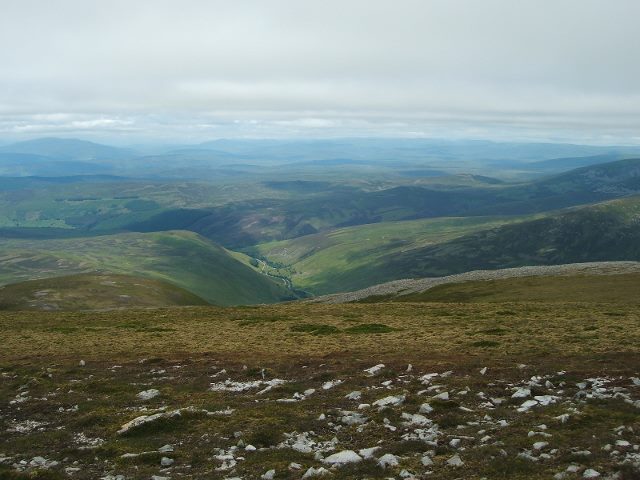 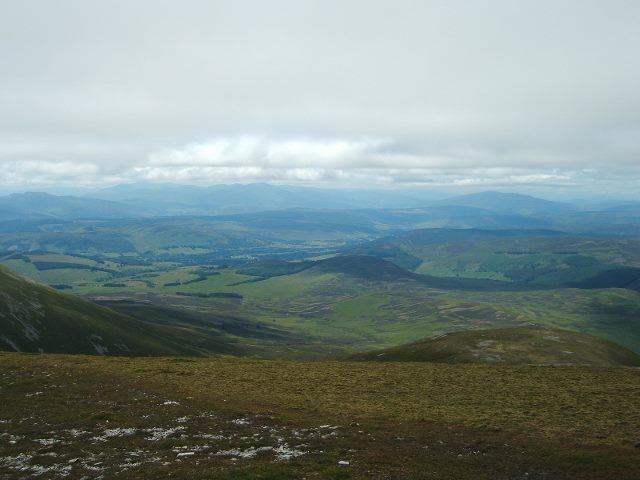 Another wee drop takes you down to the last bealach onto Carn Liath , for us the day was now warm and a stiff wind blowing which was great for keeping us cool 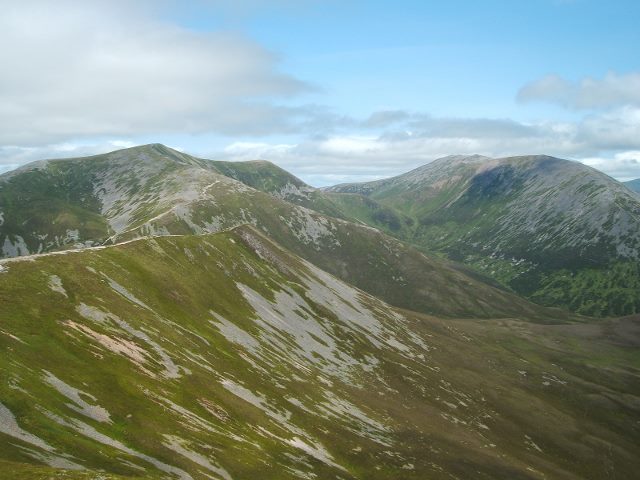 We hit Carn Liath after 5hrs and had a wee lunch break out of the wind and in the sun there is good views from these hills and very different from the West . 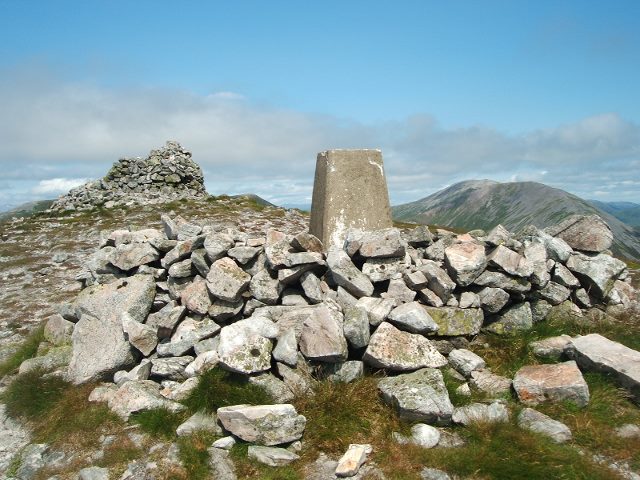 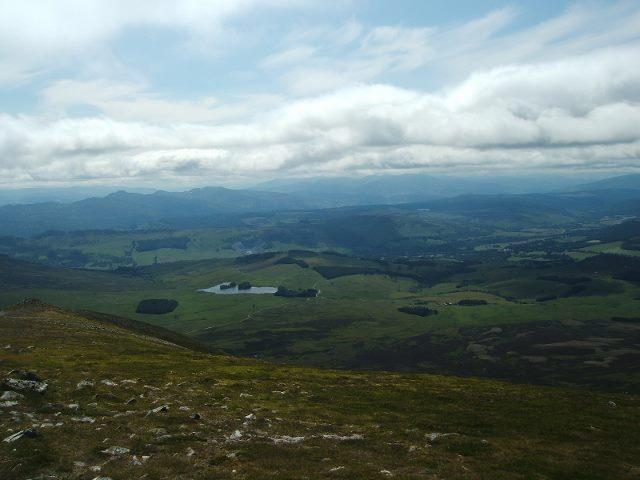 I reckoned on these to be a hard day ,they were not in fact I found the round very easy and we completed it in around 6hrs. It was a good decision to go anti clockwise as the murk lifted and it is only an hour down to the car park and I reckon that is the way to go.

Climb this lot when it is dry conditions 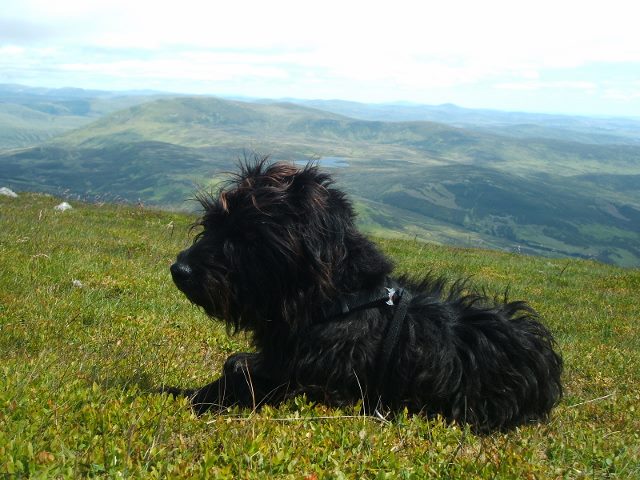 Och your report brung back some right good memories.. Feels like a long time since I was anywhere round there

You managed them fast! I was 6 hours to get over them and camp at Loch Loch

Saw the worst midges I ever saw that night

The stuff of legend

Yes, a grand report, photos and text. Well done on your call to go anti-clockwise, used to be one of my fairly regular walking areas in days gone by

always learn something from a Colla report and this was no exception.
good plan to go anticlockwise, often wondered why people don't.
and it is always good when you get an improving day.

mrssanta wrote:always learn something from a Colla report and this was no exception.
good plan to go anticlockwise, often wondered why people don't.
and it is always good when you get an improving day.

Its the way to go Mrs

I was camped near Loch Loch while leading a Silver Duke of Edinburgh back in May. I wandered up to the memorial to the crew killed in the Hercules crash there in '93 and noticed it was almost exactly 20 years to the day. Nice spot!

Good idea to go anti-clockwise...I can still remember the walk out from going clockwise

Pity the cloud was low but at least you can still see the switchback of the ridge which for me is one aspect I'll always remember. Quick time as well - thought I was going well (for me anyway) and still took 25% longer than you ! - well done - cheers

Well done to you and the cutest wee dog- ever

Does he tire easily on such long walks? I hope not

Great report and I have learned something new

Looking forward to these hills as well, you got some lovely photos and I agree with Polly, such a cute dog

. I thought the low cover might clear off as the day wore on so took the good track and path out to the flank of Beinn Bheag .... I would agree good is in the eye of the experience ,if it was wet this path would be a fecker

Aye, I can vouch for that! I did these three (clockwise) on a very murky day in early May there, and the walk back in was a complete mudbath.
A lovely poetic report that, although my own Gaelic (or "Parseltongue" as my daughter calls it

- I blame too much J.K. Rowling at an impressionable age) is very rudimentary, I fear

Enjoyed reading your report so we tackled these three yesterday.Went round anti-clockwise and never met a soul for four hours and then we passed forty one people before we got back to the car! A fair few of them struggling up the loose scree paths as we skipped down past them.We knew it was hot and the car told us it was thirty four degrees so we were glad to head back to Montrose which was shrouded in cool North Sea haar