A return to Ben Vorlich and Stuc a Chroin

A return to Ben Vorlich and Stuc a Chroin


Last October, Neil, my usual walking partner, and I successfully ticked off these two, the weather that day was awful, wet and windy and even some sleet...I think I summed that walk up as a "slog", and while I enjoyed the day, I wasn't in any hurry to return! Anyway....fast forward about 9 months or so, and we'd planned to head back to Ben Vorlich (Loch Lomond) to complete some unfinished business in that neck of the woods, unfortunately Neil had a long overdue operation at the Borders General Hospital on the previous Friday and was unable to hit the hills, so I decided, based on the fact that the others in the group hadn't attempted these two, that we should head to Loch Earn, and let Malcolm and Michael add them to their list.
The weather forecast was cracking (again!), so we were looking forward to a good day on the hills! We arrived about 8.30, and set off 15 mins later.... You go THAT way!! Malcolm thinking about a swim at the dam!

The forecast may have been good but as we climbed the path we found ourselves in quite thick low cloud, but hoping it would burn off, we kept going on our climb. Malcolm pausing for a breather.

As we neared the summit, the cloud gradually cleared and we were granted some cracking views....and my first inversion, and what a sight! Looking up to the summit of Ben Vorlich. Stuc a Chroin floating in the cloud!

After 40 mins or so at the summit we headed down to the bealach to try for Stuc a Chroin. The path down towards Stuc a Chroin. Looking over to the prow...almost decision time! AARRGH, what to do!

Do I head over to the right and go up the steep, but alledgedly, easier path, or do I attempt the scramble.....
Malcolm and Michael opted for the "easier" path off to the right, but as that was the path I took the last time I was here, I REALLY fancied trying the scrambly route, so after a few minutes deliberating, I watched my pals head over to the steep path and I headed upwards, if I didn't like the look of what I saw I'd turn round and head over to the other path! There were a few other folk on my path so it wasn't like I was going to be on my own, that gave me a bit more confidence! That said, I just stuck to the path that curves round to the left, I didn't even consider the climb up the rocky prow, the path was quite hands on enough for me, quite steep in parts with great views along the valley, it wasn't long before I reached the top! After recent scrambles on Ben Vane and The Cobbler, I was kind of getting used to this...I really enjoyed this path up! Looking over to the "easy" path. I joined Malcolm and Michael at the top and we made our way to the summit. Ben Vorlich from the path. 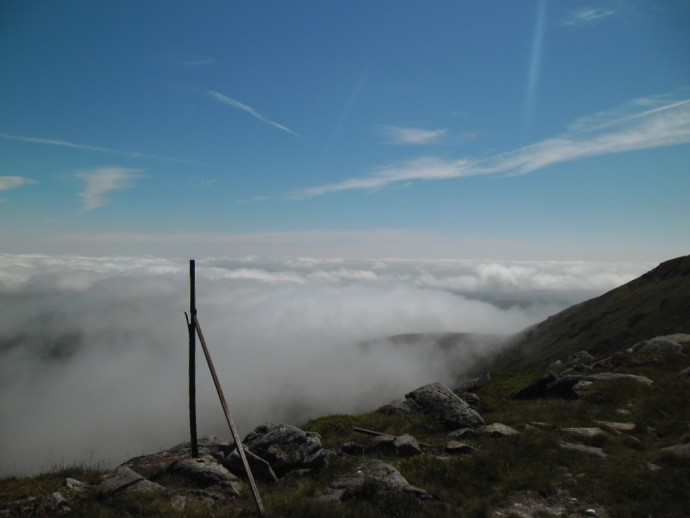 Looking over the cloud. Malcolm picked out about 300 Red Deer down in the valley (he'd brought his binoculars!) some were drinking in the burn, most were just soaking up the rays on the slopes of Ben Vorlich! By now the majority of the cloud had disappeared, and the views were fantastic, the best I've had in a long time, we could pick out the Lawers range and even Ben Nevis ...a..w..a..y....in the distance! We spent an hour on the summit, having lunch and taking in the fantastic panorama, it was breathtaking! The path back to the car!

The last time I was here the walk back was really boggy and unpleasant, this time however, much of the wet areas had dried out and made for a much better return walk. 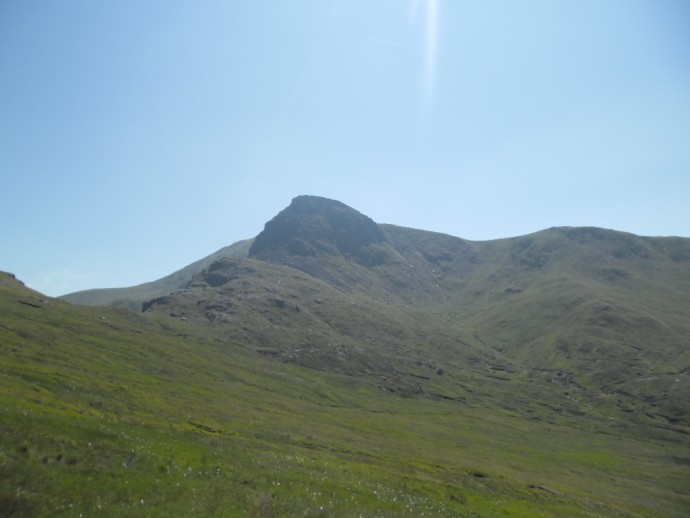 Looking back to Stuc a Chroin. 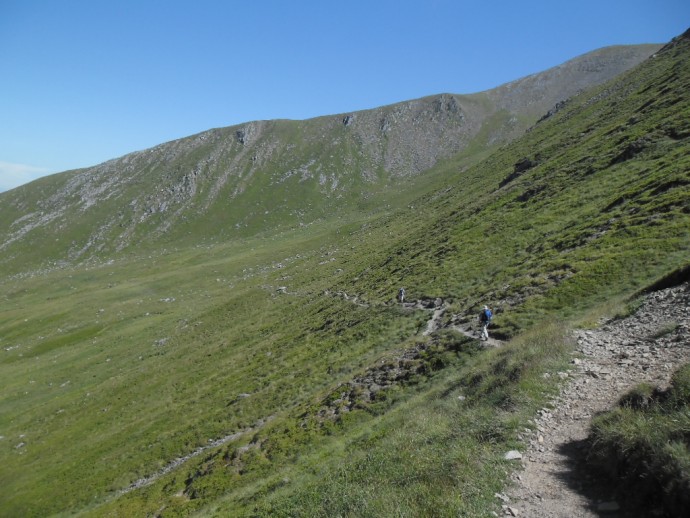 Loch Earn, with Ben Lawers and The Tarmachan Ridge in the background. Ben Vorlich in the "looking back" shot!

A great walk, took us 9 hours but that was with 40 mins stop on Vorlich and a good hour on Stuc a Chroin, found it difficult to leave! One of the best days I've had in the Highlands, loved it!

Thanks guys! The pics really don't do it justice tho! It was stunning!

These are my two 'local' Munros, but don't think I've ever seen inversion pics of them before. Cracking.

I agree with the others, the inversion shots are dreamy. Sell the flat, pack in the 'job', move to Tyndrum.