our_route.gpx Open full screen  NB: Walkhighlands is not responsible for the accuracy of gpx files in users posts
OK, not quite a marathon, but this was our longest day walk to date, in Scotland anyway. We set off at about 9am from the Linn of Quoich car park, which was already almost full! Sunny Scottish Saturdays really do bring everyone out. First we headed up the east bank of the glen, crossing over at the Devil's punch bowl amidst sun-dappled trees. 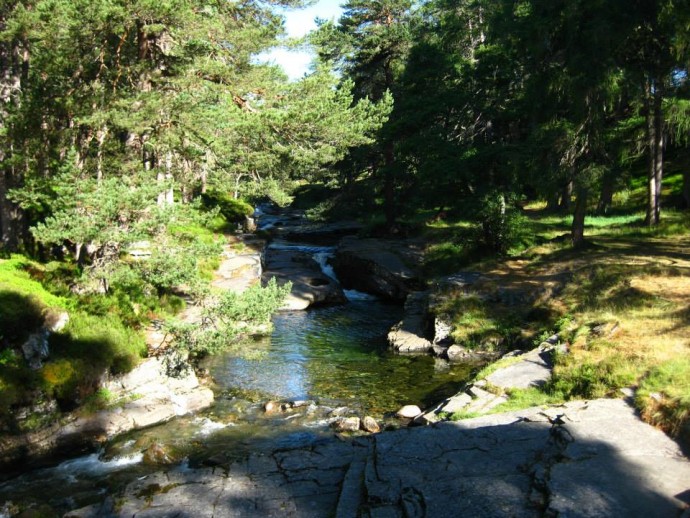 We made good time along the easy glen track - having walked this way before on the (excellent) Clais Fhearnaig circuit, this was a familiar scene. The glen is a lot less shady than it appears on the map, and the sun was already out in force... and so was the moon... 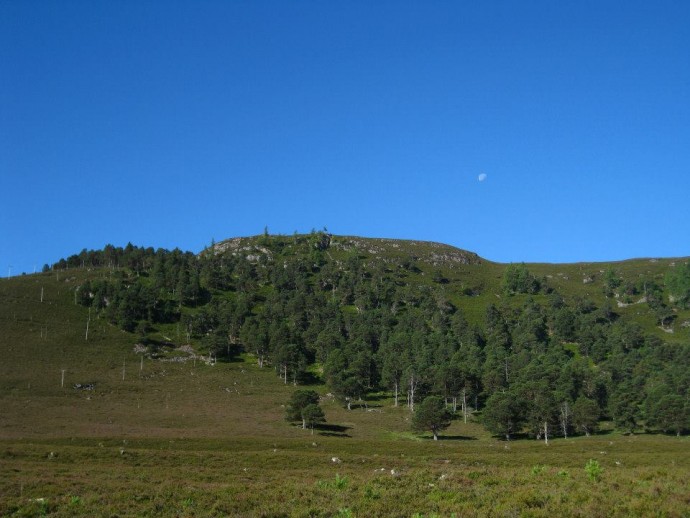 At times the track rises above the flood plain slightly, giving a broader view across the river and beyond. 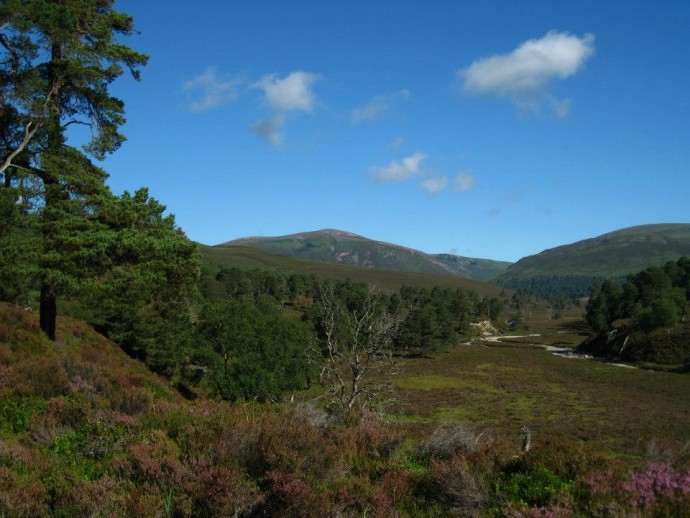 Finally an unblemished view of that hulk Beinn a' Bhuird, still looking a long way away. Contrasted with the same scene in May 2012: 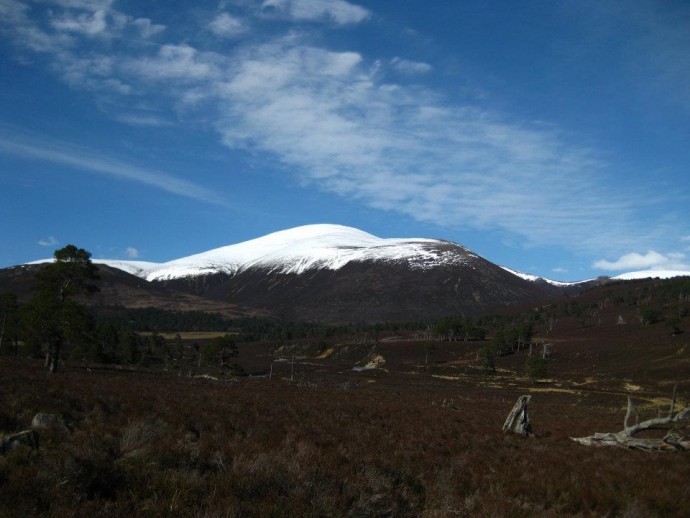 Soon the path to Clais Fhearnaig branched off, and we were into new territory. Not far on came the big river crossing of the day, across the Allt an Dubh-ghlinne. Boots off time? Not even nearly - it was a doddle after all the recent dry weather.

After a quick stop we headed into the trees as the contours bunched together we forked left on the NTS's excellent replacement path. This saves heading up the mountainside on the old, hugely wide old track. The latter is nearly covered with vegetation now on the bottom section but is still eroded higher up, and I could imagine how bad it must have looked when still in use. The new path, however, manages to make direct progress up the hill without ever being steep. Gradually we homed in on the bealach at An Diollaid. 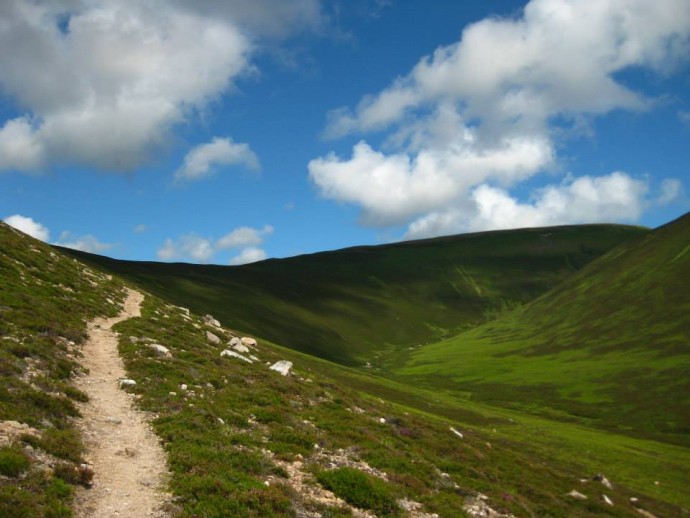 MWIS had indicated a risk of afternoon thunderstorms, and indeed the clouds were really starting to bubble up to the west. The immediate surroundings were generally much brighter, except for one huge cloud right over Beinn a' Bhuird itself which was visibly mushrooming out at a slightly alarming rate before our eyes. 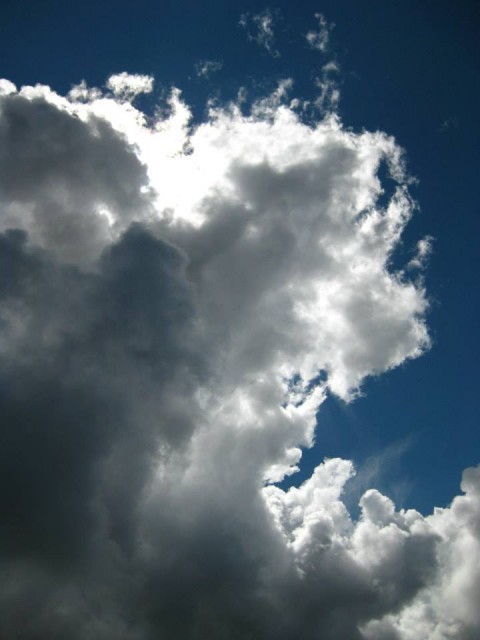 It did however provide welcome shade, and this accompanied us all the way up to the plateau and its dramatic eastern cliffs - unlike the path, which gradually fizzles out the higher you go. Once on the flat, we headed out to the point where Dividing Buttress separates two massive coires: Coire an Dubh-lochain to the south... 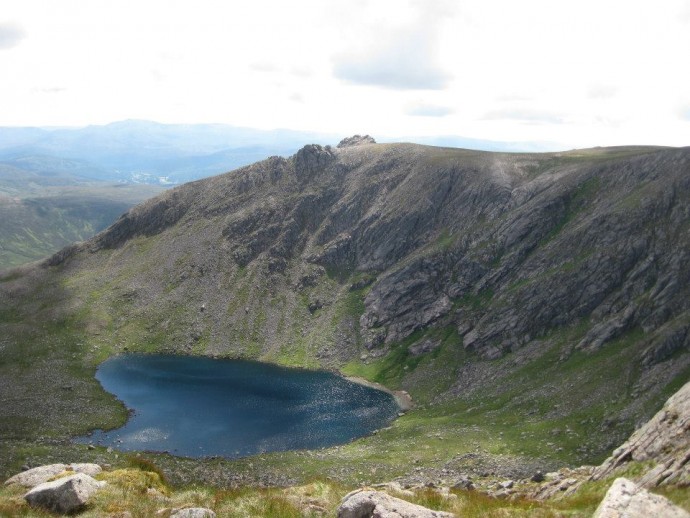 ...and Coire nan Clach to the north. 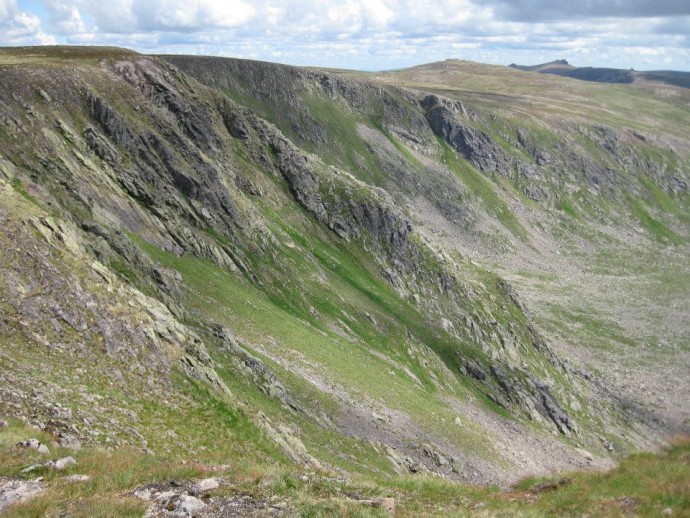 On the path up towards the munro summit, we chanced upon a ptarmigan with a large number of chicks - not all shown in the poor photos below, but certainly double figures. Munro number 14 achieved at 1197 metres and it was lunchtime. A little chilly by now so jumpers were needed. From here it was an easy walk across bone-dry short grass and rock, bypassing the little tor on Cnap a' Chleirich with good views across the wild-looking Slochd Mor. The larger tors on Ben Avon were already looking impressive too. From here, there was a surprisingly steep (and loose) descent down to the Sneck - a high pass in between today's munros. One the way down we stopped for some lunch and out popped a snow bunting - a beautiful bird and apparently fewer than 100 breeding pairs in Scotland during the summer, so we were pleased to see one. 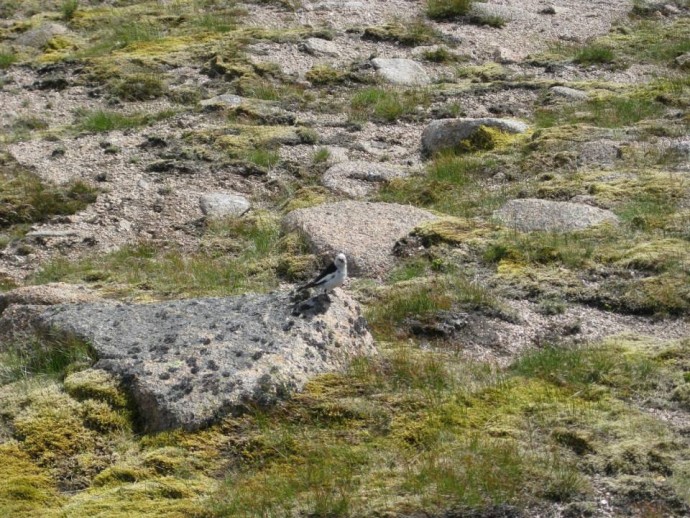 It was hard to believe that in the sheltered, sunny pocket of the Sneck we were still at nearly 1000m ASL. We saw our first other people of the day here, as walkers converged from the north, west and south as we approached from the east. A real hub of activity! Finding a quiet spot, we gazed across to the rugged panorama of Garbh Choire. 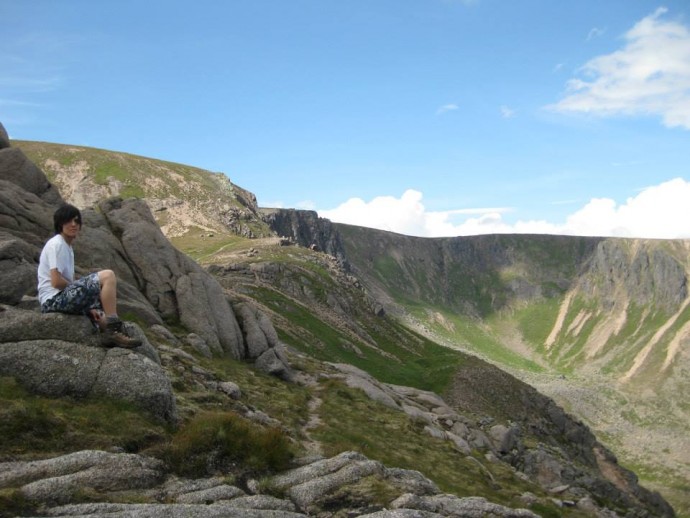 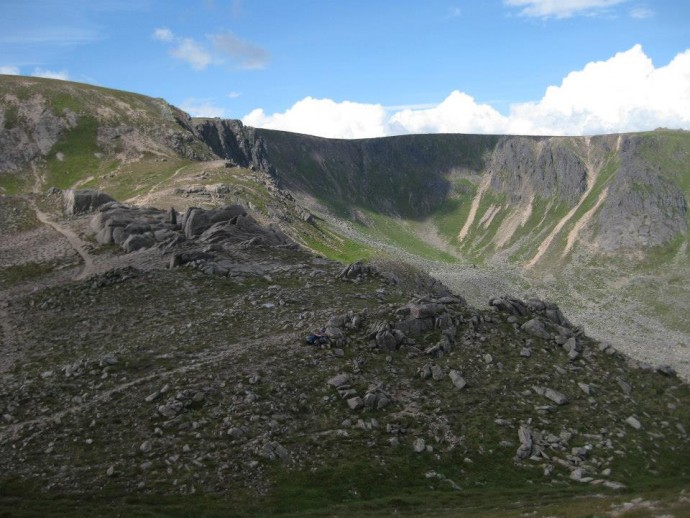 The ascent of Ben Avon was steep, but more grippy than the descent to the Sneck which preceded it. With the advantage of the high bealach, we were soon at the minor false summit and headed across desert-like ground with the real summit tor standing proud ahead. Soon we were on the top - at 1171m slightly lower than Beinn a' Bhuird but it felt a bit more like a "destination". 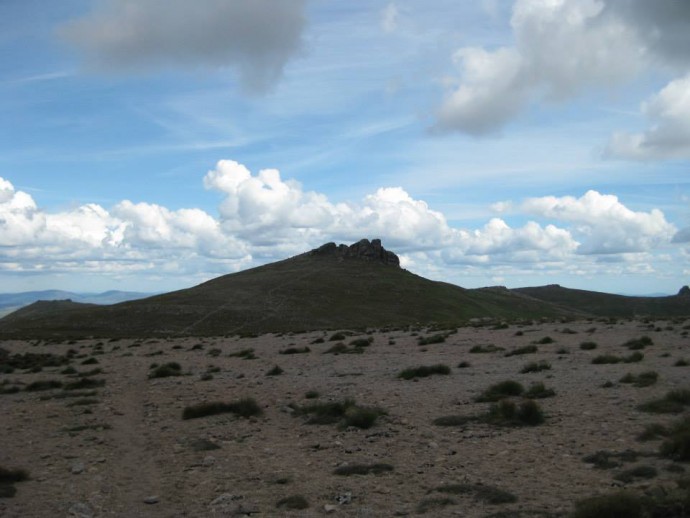 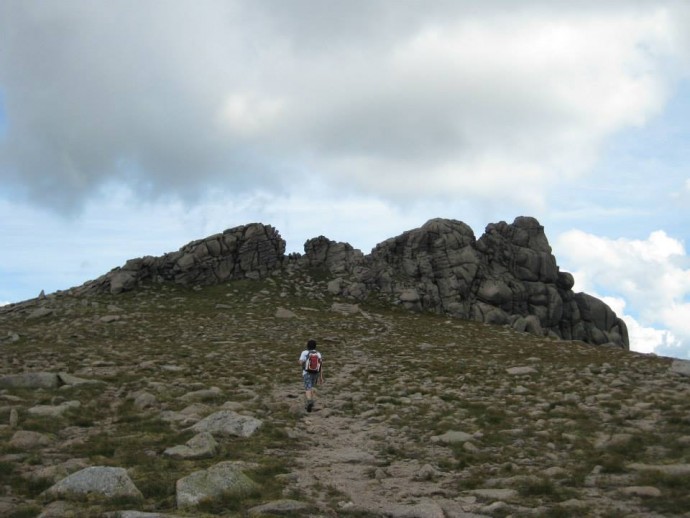 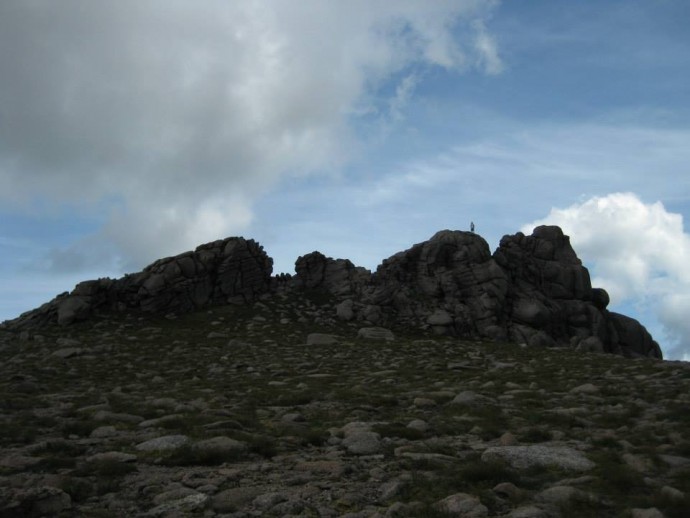 Back to the Sneck on increasingly tired legs, but with some more good views toward the Sneck itself and Slochd Mor to the north. The ominous cloud overhead had drifted away by now. 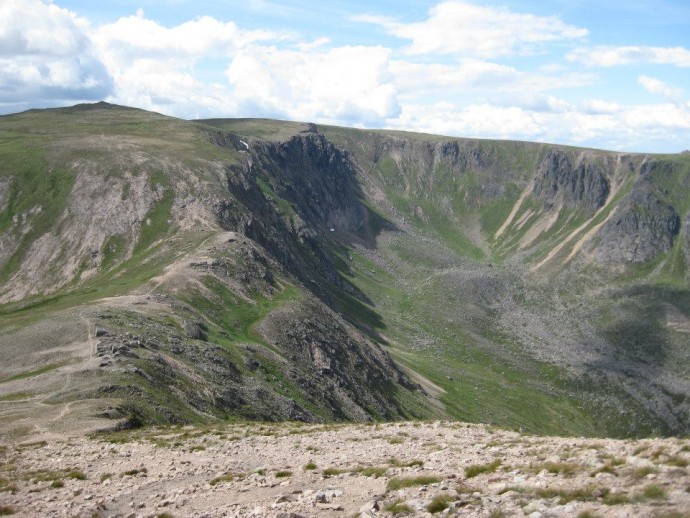 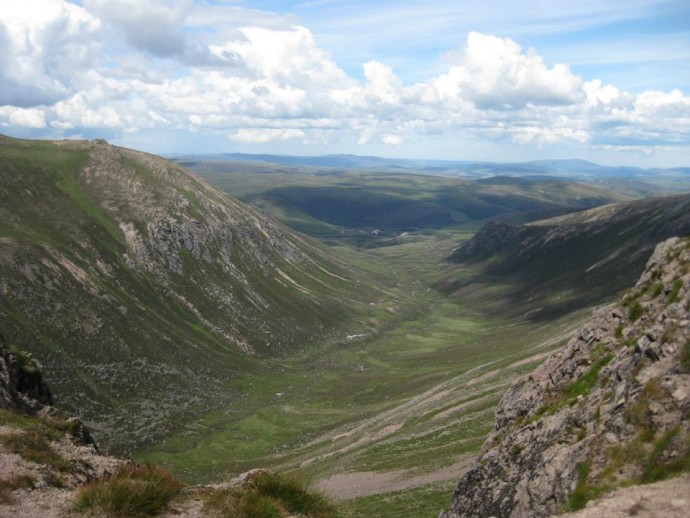 Finally we were on the "home straight" - well, a 10-mile long home straight. All downhill from here, but mostly with such a shallow gradient that its not surprising that it's such a long walk. The path is brilliantly made once again though, and plenty of interest throughout the walk down. 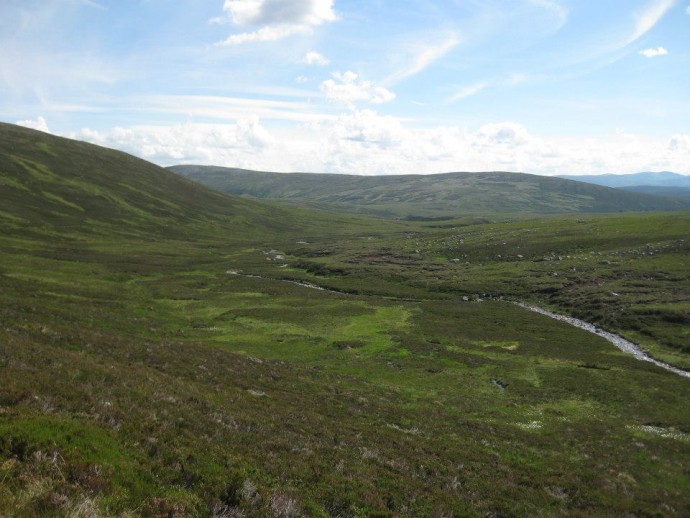 The huge, wide middle section - which is seemingly neverending! 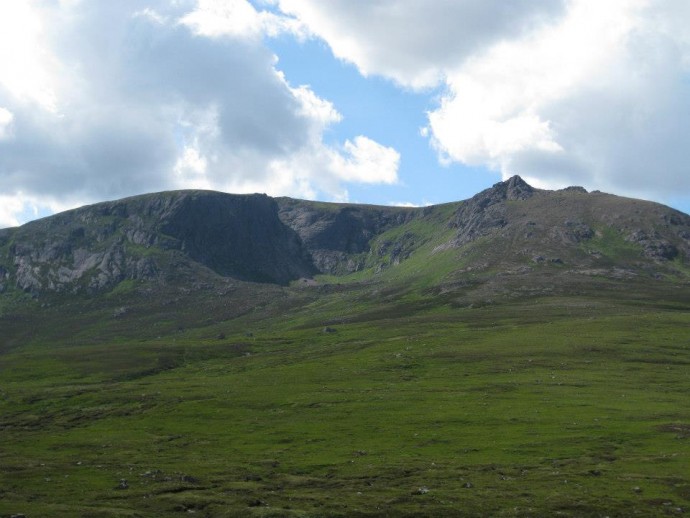 Coire na Ciche - the side of Beinn a' Bhuird

Glas Allt Mor goes on for ages, but it ends with a surprise - the path heads left over a seeemingly innocuous hump, which leads to the sudden opening to the "Fairy Glen" of Gleann an t-Slugain. The more intimate surroundings provided a welcome change of scenery and also a small amount of shade - which was at a premium on the route down whilst the temperature increased. By taking a narrower right-hand fork the walker is treated to a thorough tour of the cleft in the hills, before rejoining the upper track at the far end. Despite our best efforts we didn't locate the secret howff - where is it?! 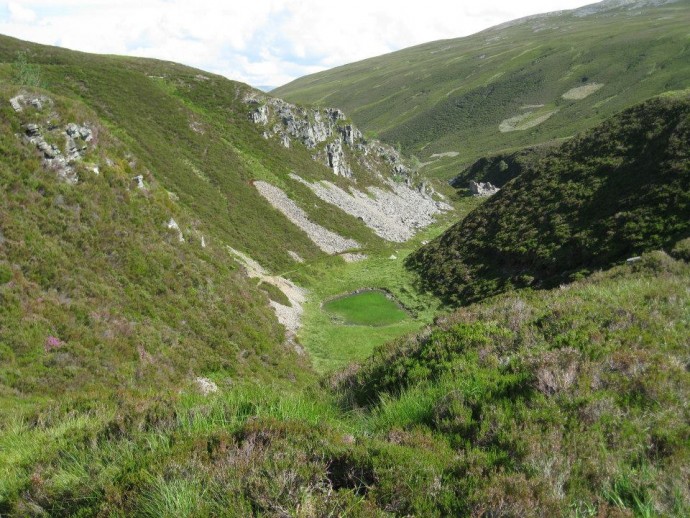 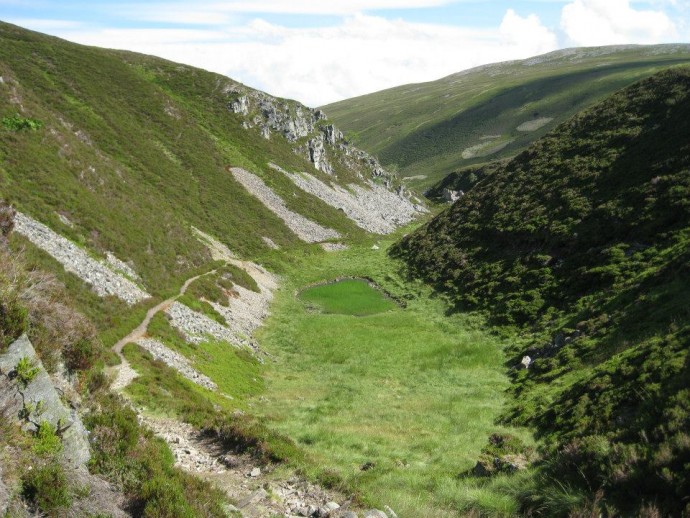 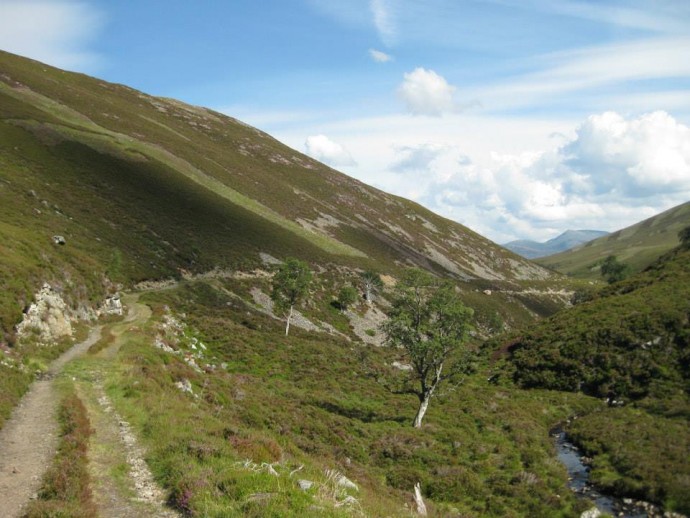 Following on from the narrow part, the next section of valley was a bit of a slog if truth be told - pretty straight and without a hint of shade. Every cloud seemed to veer around the sun and we remained stubbornly in its full glare all the way down to the forestry plantation, followed by one very persistent and annoying fly. Time for an extended break in the shade (finally!), being overtaken by a couple of cyclists heading down to Invercauld Bridge and later overtaking them again as they stopped to fix a puncture. They did overtake us again further down the glen.

The next section homing in on Deeside was mercifully cooler, but we were tired by now and opted to take a slight short cut by heading southwards cross-country for a few hundred metres at grid reference 161933 - there was a stepped stile to let us over the fence at the end but it was down a steep hill and didn't really save any time, even if the track it led to was more direct than the upper one.

Finally we were back in Deeside. It was a further three kilometres or so upvalley to the car park though - the views over our shoulders past the Invercauld Monument towards lower Deeside and Lochnagar were some compensation as high-level cloud drifted in threatening rain for the following morning. A tiring day but very rewarding, with excellent terrain underfoot and plenty of variety - we even managed to avoid the showers! 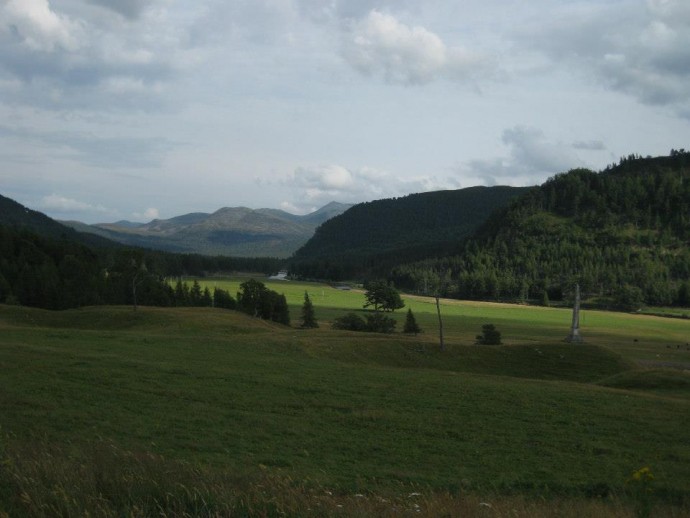 Ah, you beat me to this one. I have a very similar walk planned for this weekend, but taking in the Corbett too. You got some great views on your trip, but I'm not sure I will be getting the same weather for my trip though

Nice walk with the added bonus of a close up of the wee snow bunting, well done.

This is a walk I'm looking to do on my hols over the next couple of weeks.

Thanks everyone - I'd definitely recommend the route. Despite the length there isn't really a dull section

I did Ben a Bhuird one Feb, so little snow I rode/pushed my mtb to the summit. Broke 7 spokes descending as I had my full winter kit in my rucksac and bunny hopping the drainage ditches broke them.

I did Ben Avon via mtb much better and lovely long descent on singletrack.