After having a shocker on Beinn Ime yesterday i awoke in a better mood this morning and was looking forward to bagging Beinn Chabnair today in fine sunny weather albeit with very tender bruised legs. I was surprised at the initial steep acent past the falls, i was quite tired by the time i reached the plateau. Great views behind me though! Just before reaching the Loch i spotted a herd of Deer impressively skipping along the west ridge. I have never seen so many wild Deer together and couldnt beleive how easy they move over the rocky terrain. They hung around just long enough for me to get a pretty rubbish photo of them before disapearing down the valley. (you can just make out their silhouette on the ridge) Anyway i couldn't see any trace of the path the route description suggests due to the snow so i decided to head up the ridge the easiest way possible then head east to the summit. I scaled a gully before the Loch taking me to around 720m but should really have continued on the lower ground past the loch and then headed up a steeper acent because i had to drop down frequently due to the many small cliffs and peaks along the ridge. 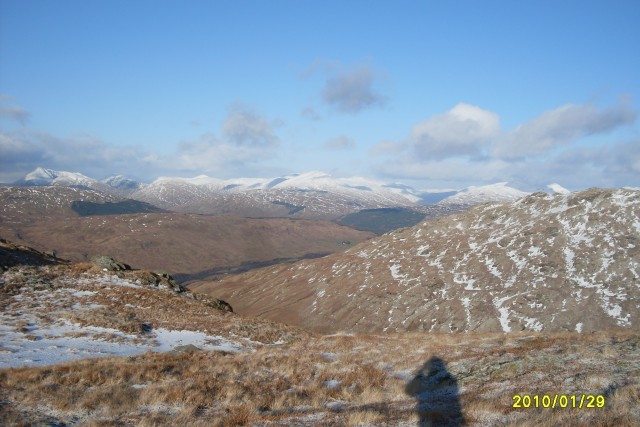 I was beginning to tire of all the false summits along the route i chose and started to get demotivated until i suddenly glimpsed the true summit complete with cairn. By this point it was -9c and the water in my Camelbak had frozen! Also my Ipod has never worked properly since. Must have damaged the battery with the cold. Fab view though, especially back down over Loch Lomond. 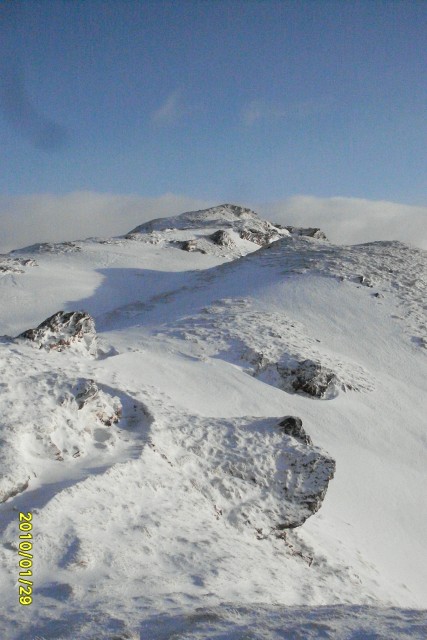 It was also good to see the very white peaks towards NNW in the distance. I am not sure which peaks they were but they look a real challenge. 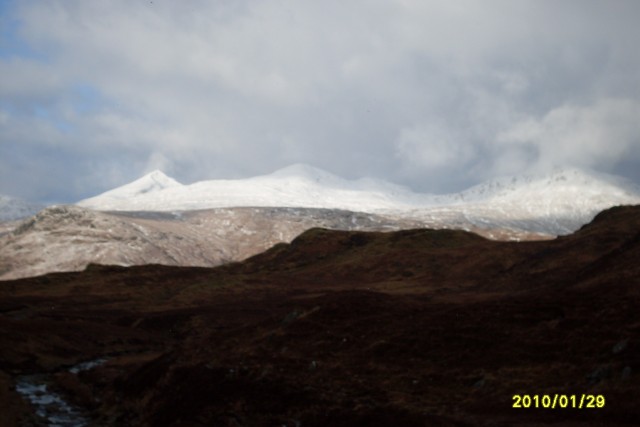 At the summit i spotted another summit about 100yds East so i decided to bag that aswell just to be sure. My altimeter isnt of the highest quality so i wasnt sure of the exact height. I just went off the OS map 933m reading. 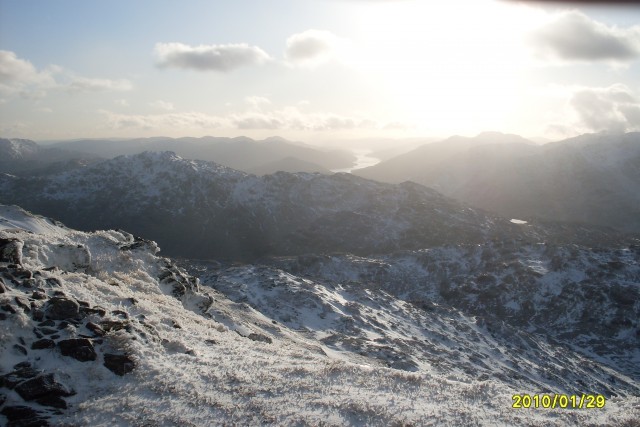 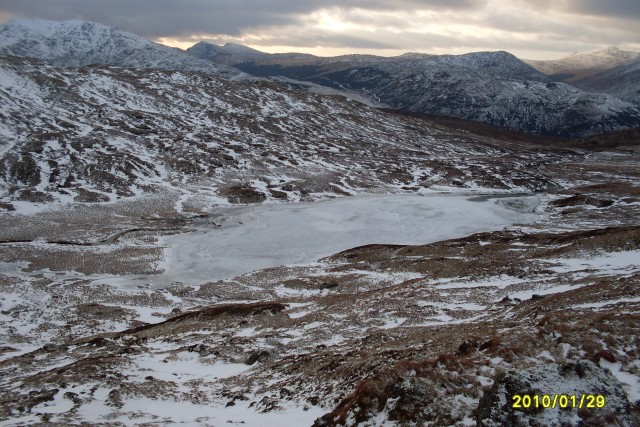 Users browsing this forum: A Langford, PeteR and 33 guests