Wet Afternoon on Tinto Hill (from the North car park)

Wet Afternoon on Tinto Hill (from the North car park)


Despite the terrible weather reports, I was visiting relatives in Thankerton today and decided this would be the day to conquer Tinto Hill. We attempted it a few years ago but the weather was so bad (wind/rain then snow!) we turned back but today I was on my own and determined to reach the top.

I parked at the large car park at the foot of the hill, which has space for maybe around 50 cars. I think this has been upgraded and is a fantastic facility for walkers. 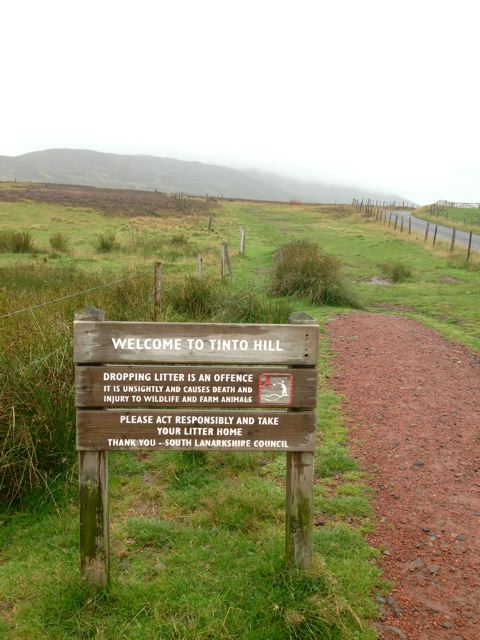 The path starts rising gradually but it's been a while since I've been out and found it hard going, the weather didn't help, the constant rain wasn't making this a pleasant walk and to honest I wasn't sure how much I could take. But I persisted and finally the rain stopped, although the sun never didn't think to make an appearance. 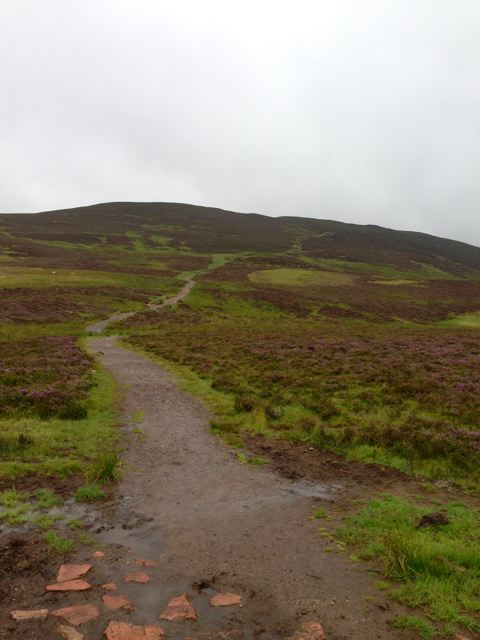 The path at first is fine but rocky, it gets quite steep at points and is a bit of a slog but soon enough you turn the corner that shows the wide red paths to the summit. It has to be said, the red paths are terrible to walk on, there are parts that look and feel like a badly laid driveway. There is then a choice between a motorway wide path to the left or a narrower path to the right. I chose the right largely because 2 walkers ahead of me went that way. There is a small section that is a bit hairy (especially today with the gale force winds) as the path is more like a land slip but it beats the wide path hands down. 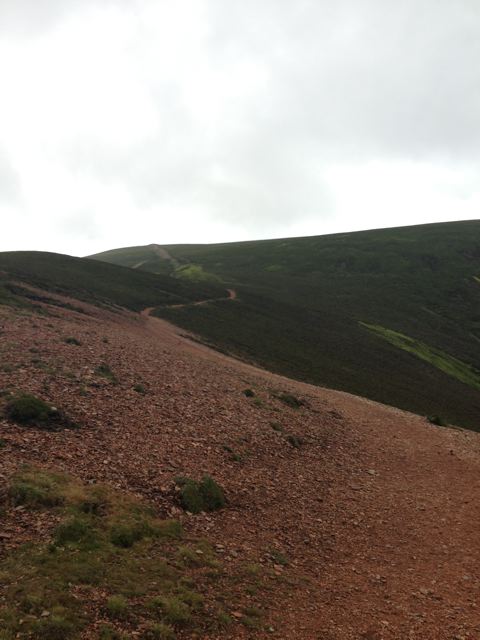 Once the paths come together, they turn right for the final steep climb to the huge cairn and trig point at the summit. Unfortunately, I was in the clouds at this point and the summit didn't come into view until it was very close. 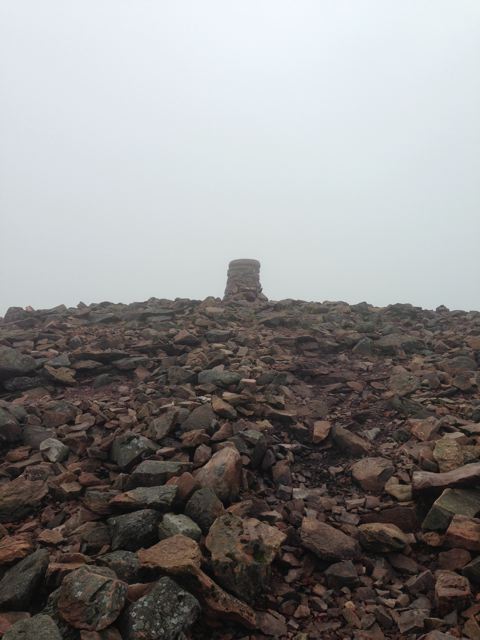 The wind also picked up significantly and whilst there is a sort of path over the huge cairn, due to the crazy wind I was only able to stay at the trig point for a minute before dropping down for a rest. I've been able to see Tinto from Coatbridge all my life but today there was no view thanks to the low cloud, which was a bit disappointing but I knew there was a chance with the weather report as it was. As such, I didn't stay long at the top and started to head down.

I took the wide red path down for a change but I'd recommend the narrower path. There isn't much fun walking down such a huge path that looks like its been made by someone dumping tons of red chips. Stick to the narrow path people.

I couldn't believe the view as I descended, after about 20 minutes, the view to the top was clear but I was in no state to head back up. I was soaked and very tired. Tinto isn't the highest but it's steep at points and my feet were starting to hurt with the sharp rocks sticking through my old boots. I think its time they were retired and a newer model brought in. But all in all it was a good day and I'm glad my former failed attempt can be forgotten. If you haven't ticked Tinto off your list, go climb it, it's a good few hours walking and I hear the views are superb.