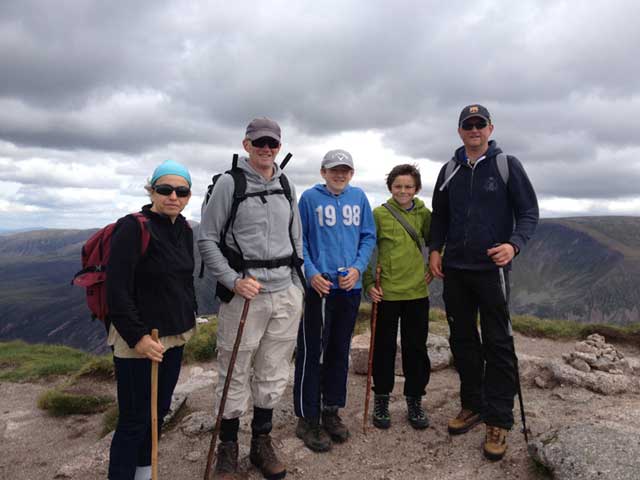 The wind obviously keeps blowing away the cairn on Sgor Gaoith - we waited here for ages Kozmik where were you?


After a long period off where the only mountains climbed were by bicycle in the Alps I finally had a chance to get back to the highlands - with the sort of summer we've been having there was no need to go abroad. Along with Gordon and Charlie, Liz, Logan and myself headed up Glen Feshie from the excellent campsite at Dalraddy. We stopped in the trees where the Allt Ruadh meets the road and headed up the well maintained paths towards the Glen Feshie Hills. The weather and scenery were competing with one another in the beauty stakes as we tried to set off the animal camera traps in the forest above the gorge - apologies to whoever monitors these you're probably sick of the sight of gurning hillwalkers. pushing on across the burn and up past the tree line the ridge began to show itself above. Plenty other walkers were out enjoying the day including one guy who looked like he was in a race. The slope got a bit steeper then eased off at the ridge with the crags at the east giving a great view and long drop down to Loch Einich. 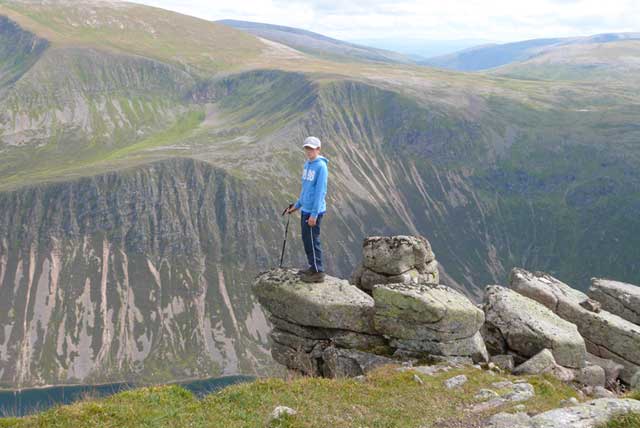 Charlie on a spur above Loch Einich.

At the top we spoke with a fellow walker enjoying the 360 view who said he been up Geal Charn 20 years or so before when it was designated a Munro. Other walkers were turning up at the small summit so we headed on to the top Sgoran Dubh Mor and looked longingly over at the Ski Center atop Cairngorm and thought of cold beers. We then headed back down over the rocky Geal Charn followed by a steep descent back down to the Allt Ruadh and then through the trees to car. 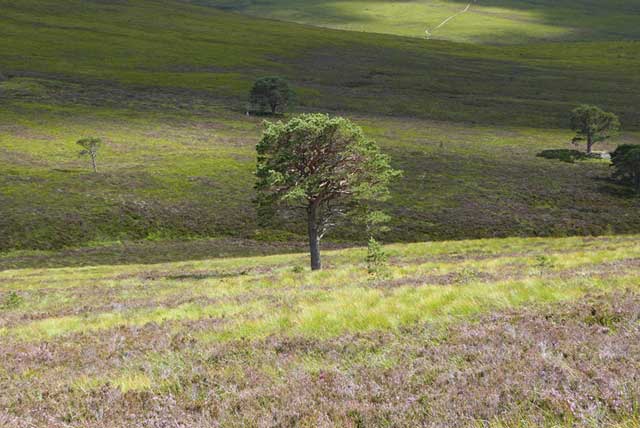 The treeline above the Allt Rhuadh.

A great little walk with brilliant views - if we'd managed to wake up earlier we could have taken in Mullach Clach a' Bhlair too but the bar at the Glen Feshie watersports centre was calling - well Vicky Hazel and Robbie were calling from there...

We loved this Munro. The view at the top over Loch Einich is special indeed. Did you see the Osprey nest when you come through the CCTV fenced area?

It looks great. Sorry I missed it, especially as it's on the to do list! I mistimed an engagement in Edinburgh by about a month so we'll have to wait til next time you can get off your bikes.