The forecast for today wasn't that great with a 20% chance of clag free Munros in the Loch Tay area. It looked like later in the day would be best but I don't seem to be able to head for a hill late in the day - I seem to talk myself out of it or go off the idea so as usual I was on the hill fairly early.

On the road over I decided if the weather turned out to be decent I would do the Tarmachan Ridge but as soon as I arrived at the Lawers car park I knew it was just going to be an up and down Munro - shame, I'll need to come back and do this one again.

This place has changed since I was last here..........big improvement.

There is a good narrow track the entire way so even in the clag it's a straight forward walk. 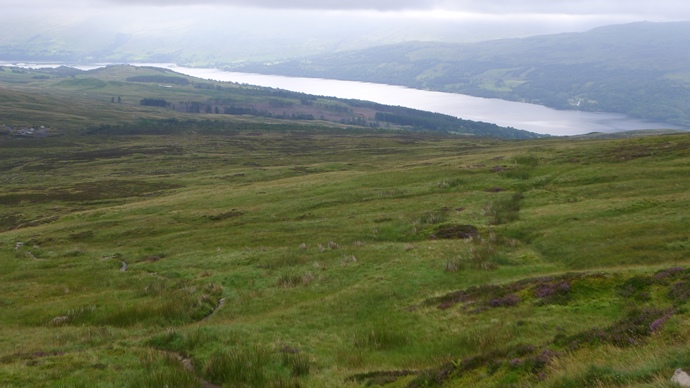 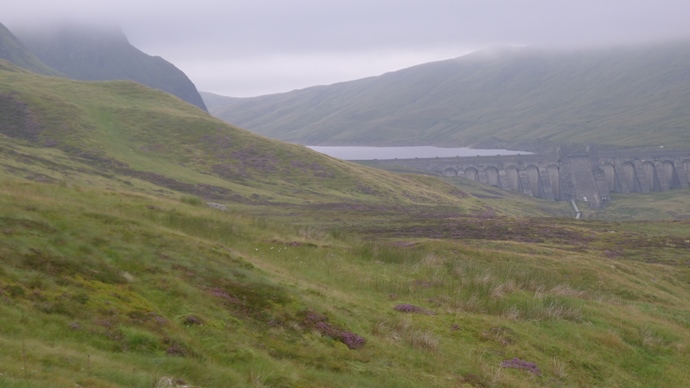 Photos taken before entering the clag so visibility is pretty rubbish all the way to the summit. Steep section before the summit

A bit of a sting in the tail with the last climb to the summit, I found the stone steps section quite hard going and slow. A quick left turn and I was on the top. Not the day for hanging about at the summit so 5 minutes and I was off down the hill. The stone steps were tricky on the way down and it was worth taking a bit of care as they were damp and any slip at this point could be painful. After the steps it was a straight forward walk back to the car park with the clag now sitting at about 900 metres so the late starters might just have got a clear summit. Loch Tay appearing out the gloom Looking over to Ben Lawers I was surprised this only took 2hrs 40 minutes but then again the car park is half way up the hill so only 750 odd metres of ascent. Definitely a hill to go back to and I'm going to have a read of some reports now just to see what the views are like.

Might need to add this one to my ever expanding to do list! Looks like a good path up, it is a shame the clag was covering the summit for you to get some views but still looks like a good day out.

Sarah86 wrote:Might need to add this one to my ever expanding to do list! Looks like a good path up, it is a shame the clag was covering the summit for you to get some views but still looks like a good day out.

I've had a look at some other reports - nice views from the summit.

Just pick a better day than me and you'll enjoy it (yes, good track all the way).

Definitely need to go back and do the ridge as I've read a lot of reports about it but it was pointless today as it was just clagbound.

I don't normally do Munros when I know there is going to be low cloud, I usually pick something a bit lower where I can get views from the summit.

Great shame about the low cloud

looks like big improvements since I last was there right enough, was the hill busy at all? I bet it was.

It was busy compared to a lot of the hills I've been on recently (more than just me!).

I saw about a dozen people during the walk, the car park was fairly busy so assume there were a lot of people on Ben Lawers.

Last time I was up that way the old building and car park were still there - it looks a lot better now. Actually, last time I was there I picked up a puncture on the road up to the car park so had to change a tyre before heading off (I wasn't happy..........