The weather for the Ullapool meet wasn't looking great, but I was hoping for some sunshine somewhere. On the Saturday morning, I drove over to the Forest Way bunkhouse and looked in to see if anyone was still there. Peter and Chris still were, and they were planning to do Beinn Ghobhlach. I had hoped to revisit Suilven or maybe Cul Mor, but given the rapidly changeable weather, this seemed like a much better plan.

I drove round separately as I had my eye on Beinn nam Ban for afters. We were ready to leave the car park at Badrallach by 11am. I'll not go on too much about the route as I've already posted a report for it a couple of years back. The weather was better then, but it wasn't too bad today either, a couple of heavy showers aside.

Cnoc Badrallach.gpx Open full screen  NB: Walkhighlands is not responsible for the accuracy of gpx files in users posts
Path along the shore of Little Loch Broom: 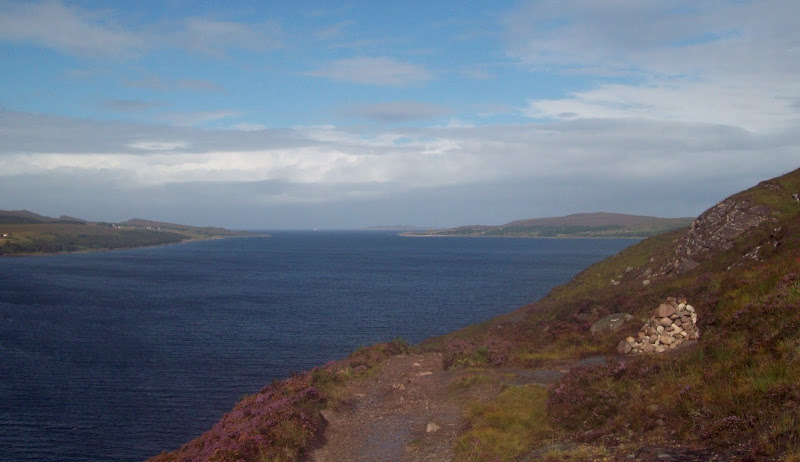 We left the path after a mile or so, following a burn up the hillside. Then it was between two lochs and onto type steep final ascent.

Back down to Little Loch Broom from the summit: 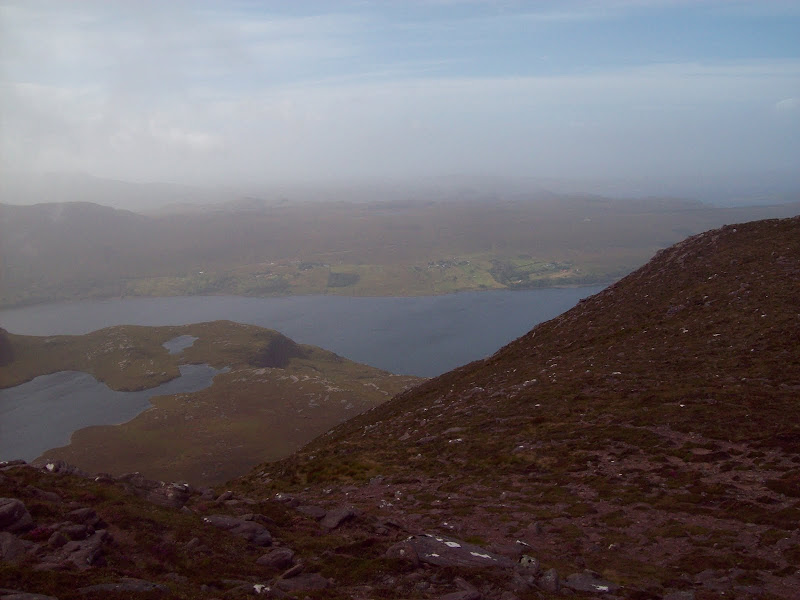 Pretty breezy on top, but the shelter was facing the right way, so we managed a break for lunch. There were reasonable views, although the haze was quite thick.

Chris on the top: 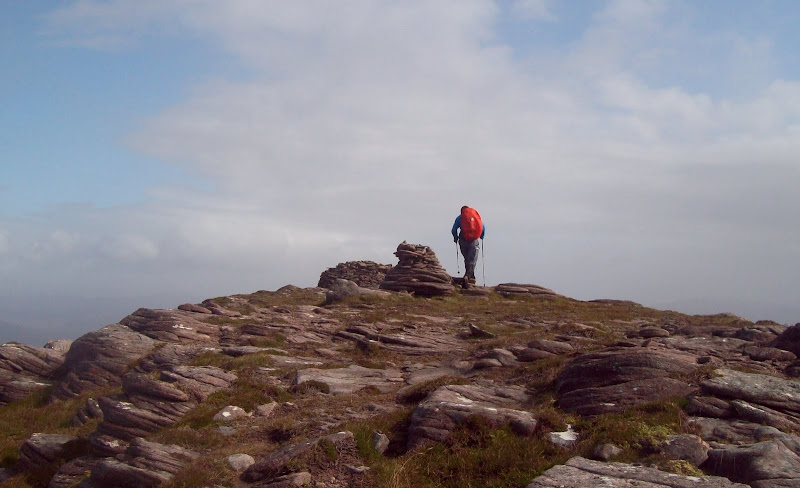 Across to Ardmair and Coigach: 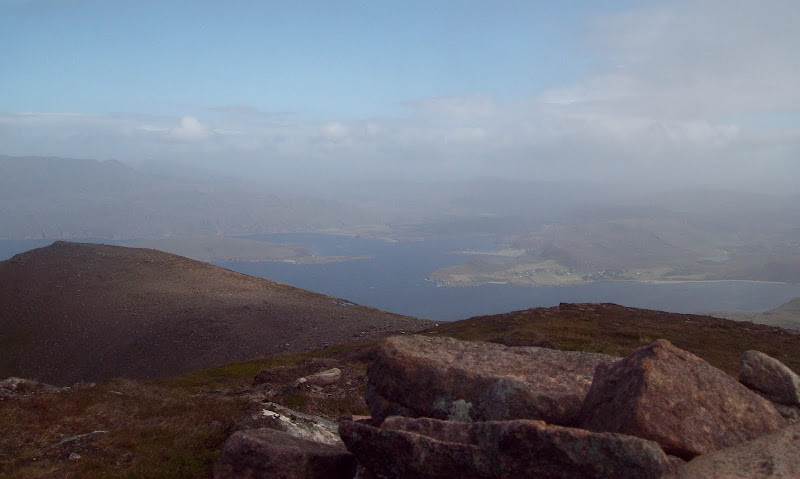 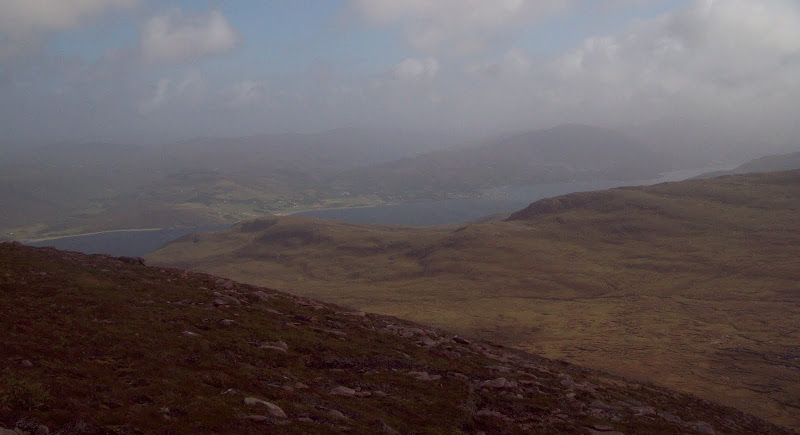 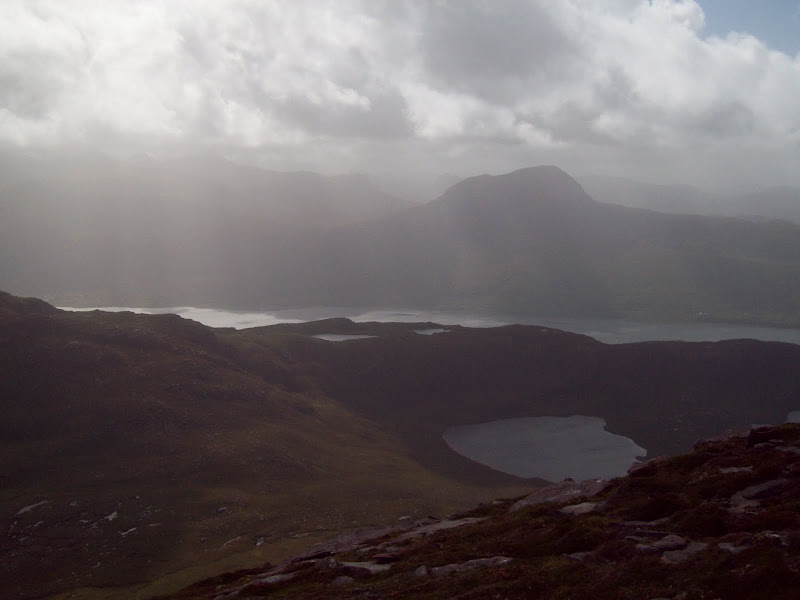 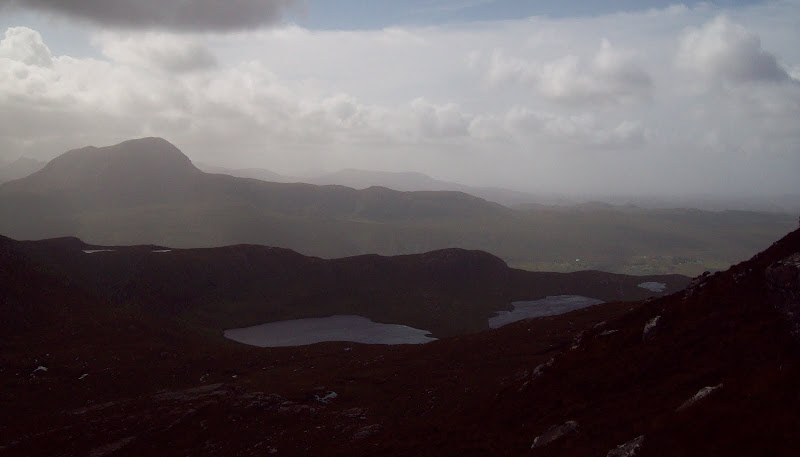 We didn't bother following the ridge around further, as we were wanting to get lower down to avoid the wind. A steep descent took us directly past Loch a Bhealaich, past some weathered sandstone mushrooms. 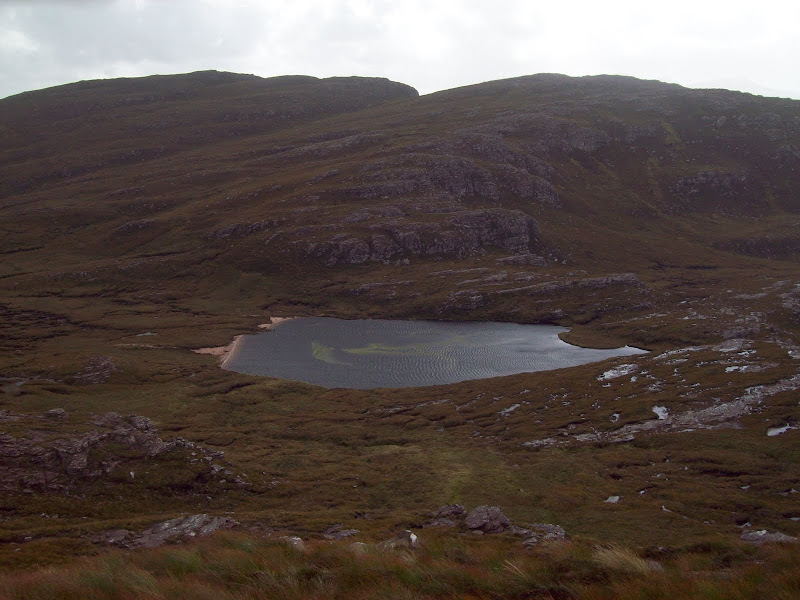 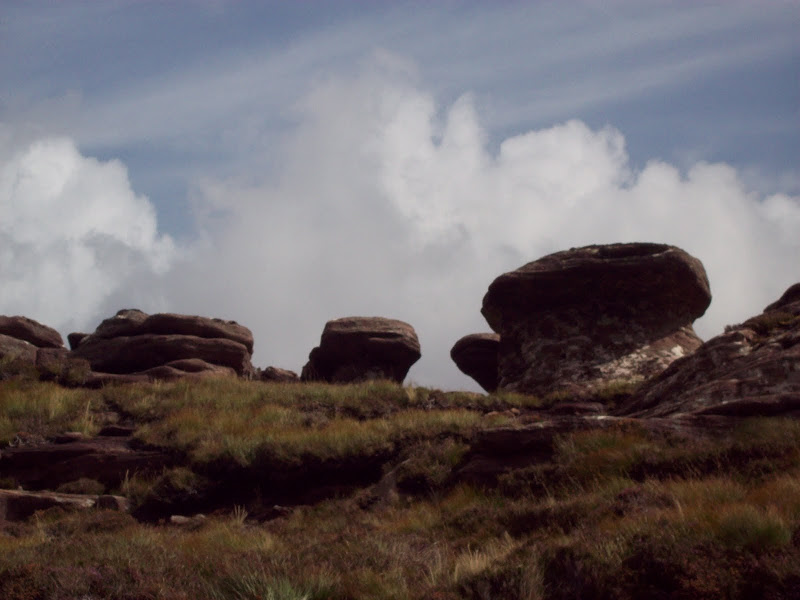 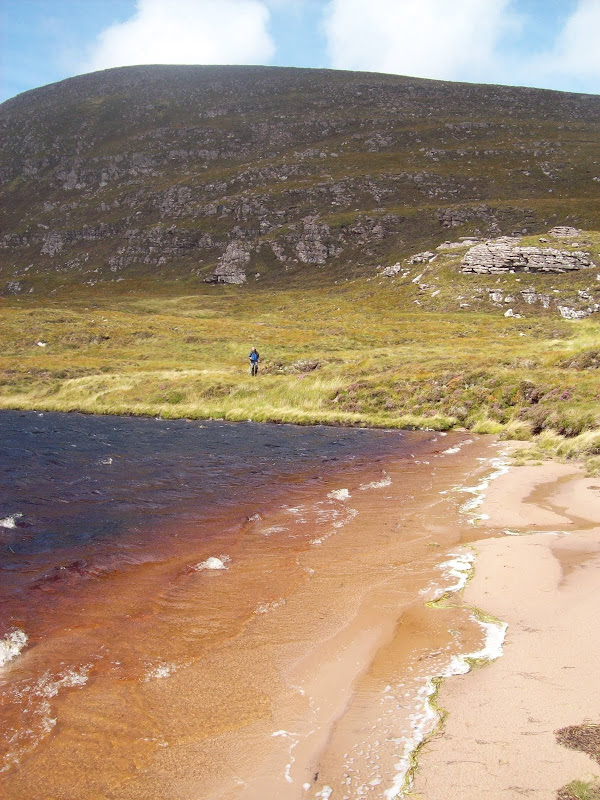 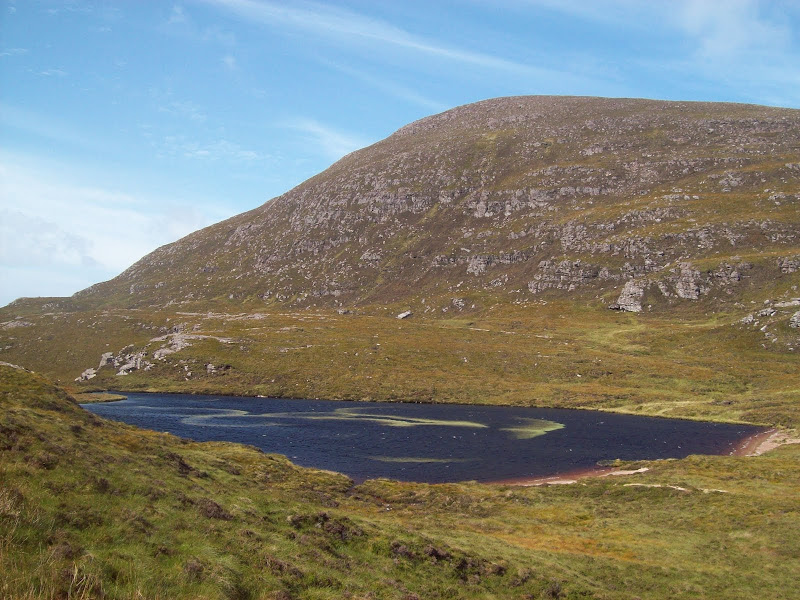 Cnoc Badrallach has minimal ascent and good views of An Teallach, although it wasn't clear today. 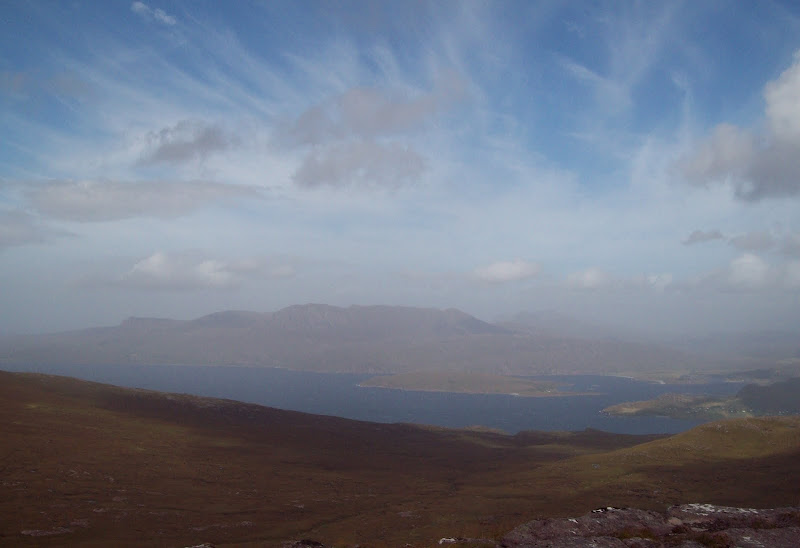 The way back to the car was rough but short. It was still only early afternoon. I still fancied Beinn nam Ban, but Peter and Chris had been out all week, and were happy enough to head back. 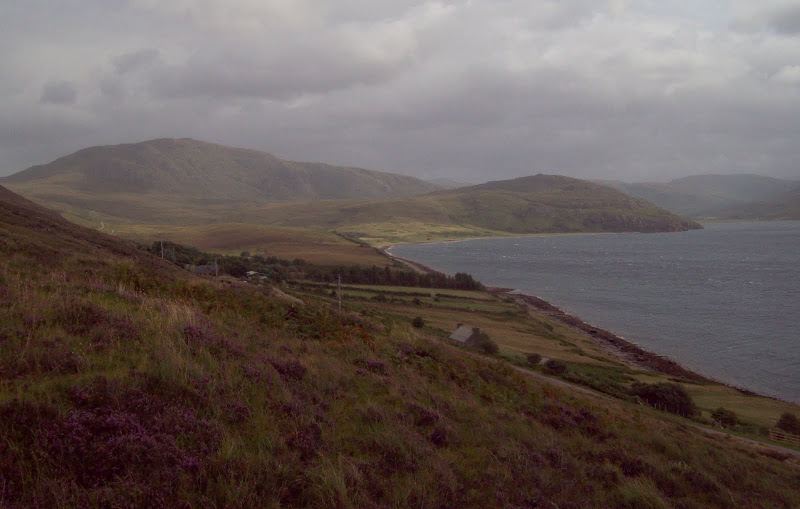 There is a decent grassy spot for parking under Beinn nam Ban at the highest point on the Badrallach road. I had originally had a more ambitious plan to combine this with Meall Glac Tigh-fail from the Ullapool road, but a chance to nip up the short way while driving past was too much to resist.

Beinn nam Ban.gpx Open full screen  NB: Walkhighlands is not responsible for the accuracy of gpx files in users posts
Beinn nam Ban from the road: 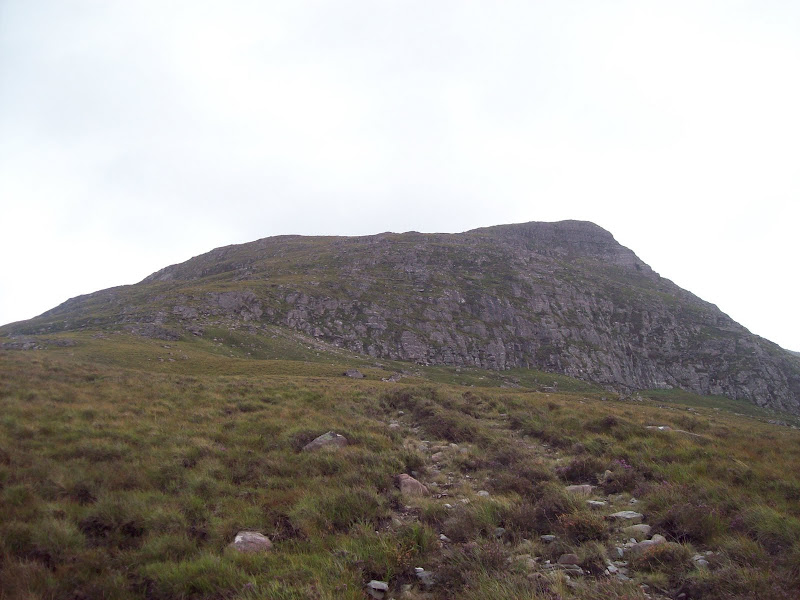 The way up is steep and rocky, but quite straightforward. There are quite impressive crags on the Little Loch Broom face of the hill, and probably some decent scrambling opportunities on the various buttresses and gullies. The wind didn't really make that very appealing tody though, so I stuck to easier ground. 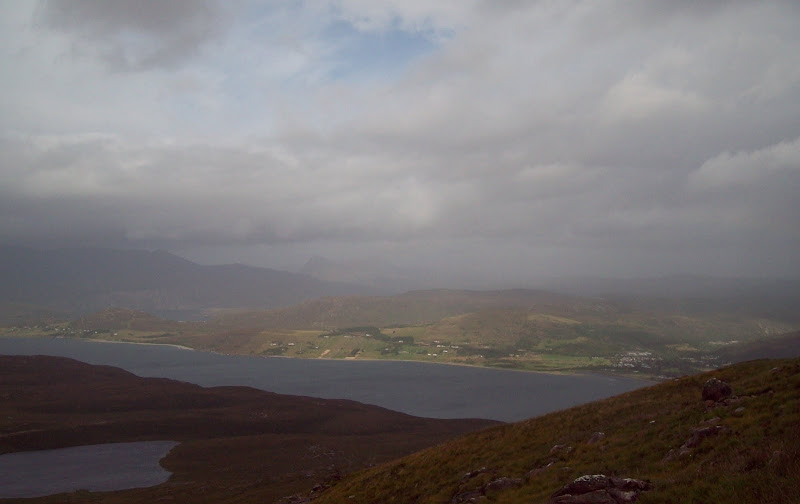 ..with Beinn Mhor Coigach in the cloud: 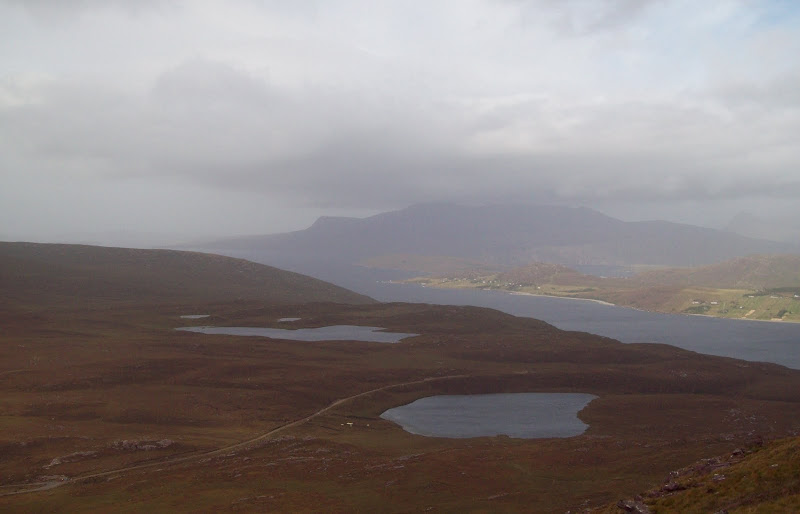 I did take in a few scrambling moves on a sheltered bit of rock higher up, and soon arrived at the rocky summit. There was a nice lochan nearby, and it would probably make a good high camp spot. Easy to get to as well.

Short scramble near the summit: 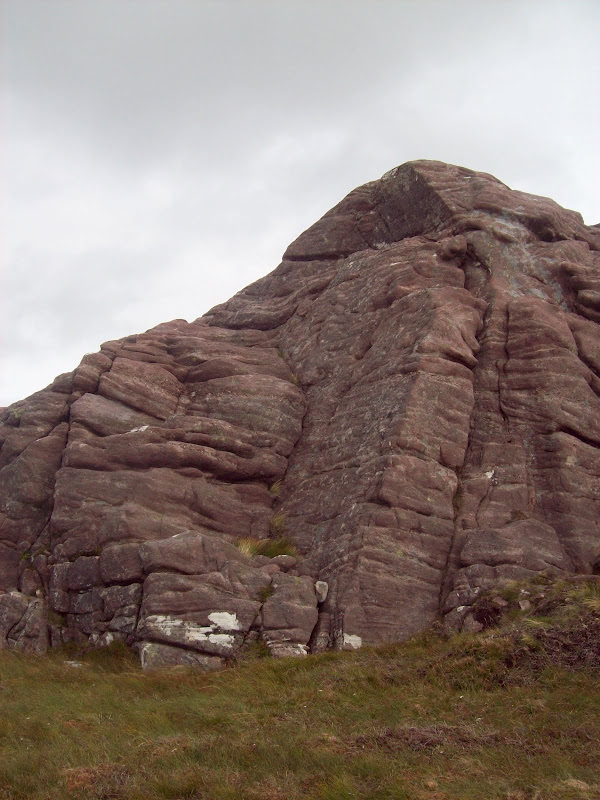 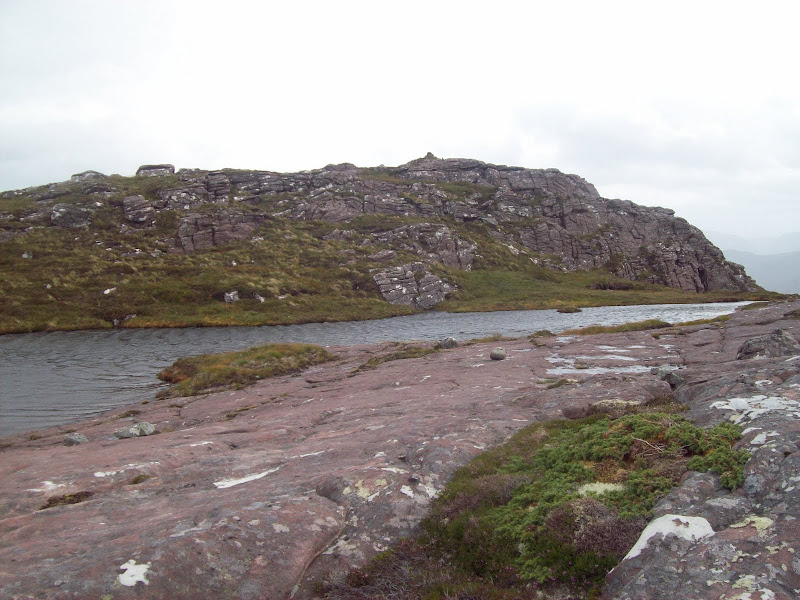 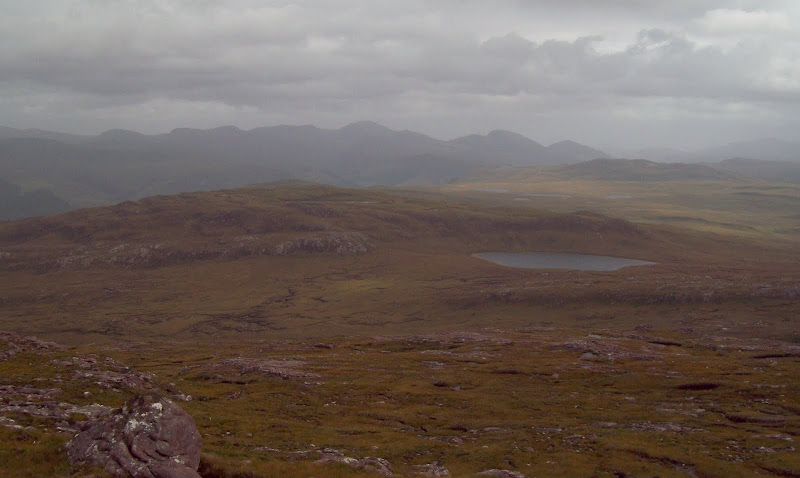 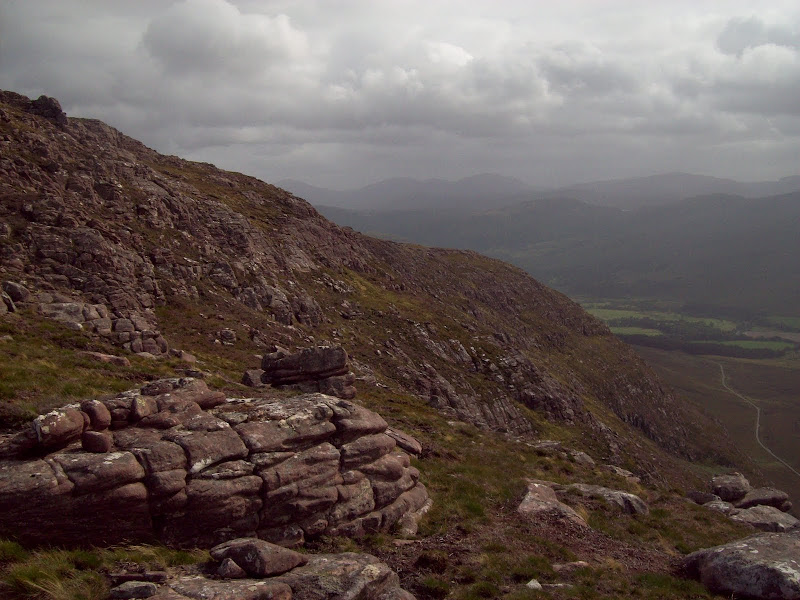 Again the views were a mixture of impressive and frustrating, with the haze obscuring the best bits, but plenty to see despite that. 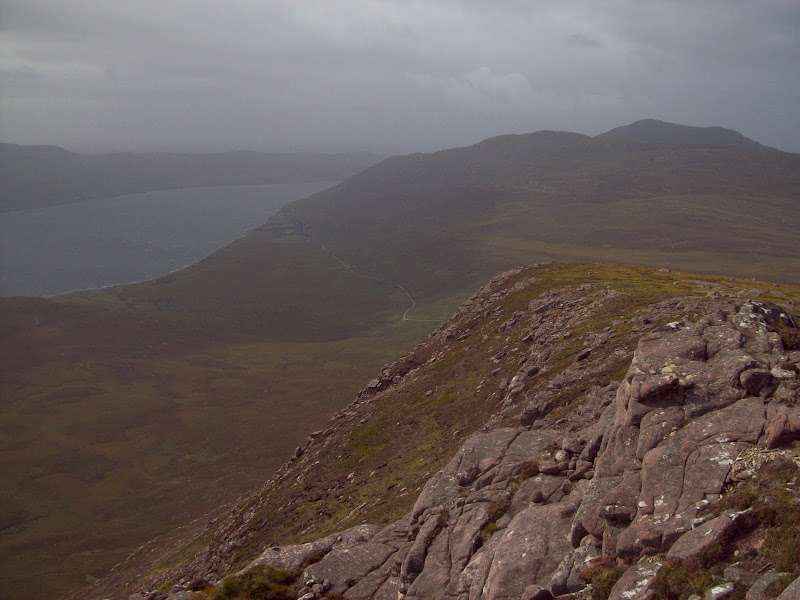 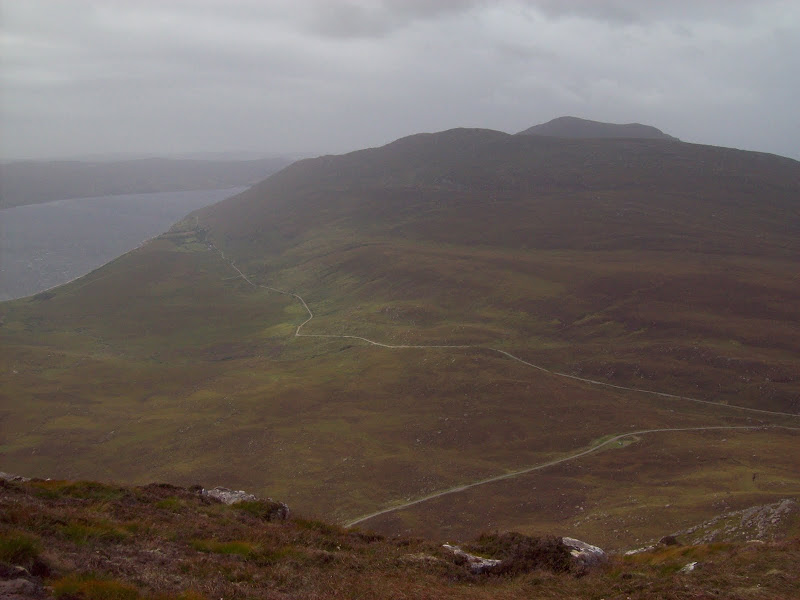 I followed a similar route back down, having avoided any real showers, and drove back round to The bunkhouse. A short but reasonable day out with some decent company too for a change. Cheers Peter and Chris 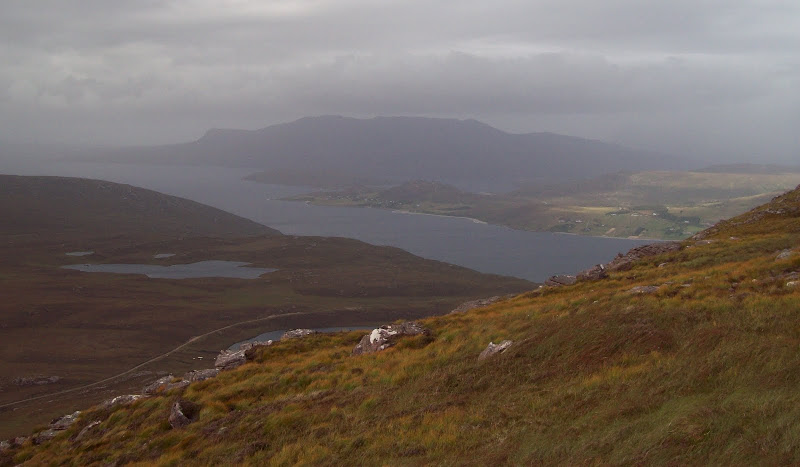 I honestly don't know how you get the motivation to go up another hill once you've got back in the car and started driving...I must just be a lazy ass or something

Great report Malky, hazy haze a plenty but still some great views to be had

Always liked the look of Ghobhlach

. Don't remember reading about a meet in the relevant forum