I was staying at the Sail Mhor hostel for a few days but saturday morning brought rain and cloud so low that little Loch Broom was lost. However, I thought I'd head up into the mists to bag this wee one across the loch. I parked near the highest point of the road to Badrallach and looking at the map and terrain I thought it would be best, given the conditions, to approach the hill from the north to avoid the layers of crags to use the two consecutive lochans north of the summit as guides. I headed through the gate at the bend and contoured under some crags to reach a stream which I followed to a narrowing gully between the rocky outcrops. 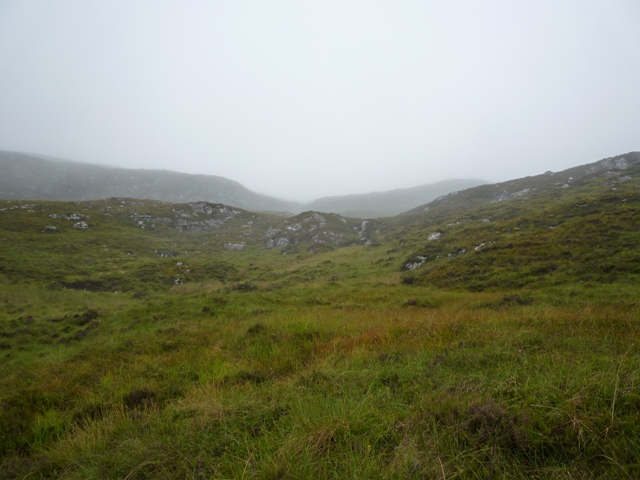 Heading up the steep tussocky slopes into the mist

This worked well and I soon reached the first of the lochans. There was still no visibility at this time but I took this picture later on the descent. 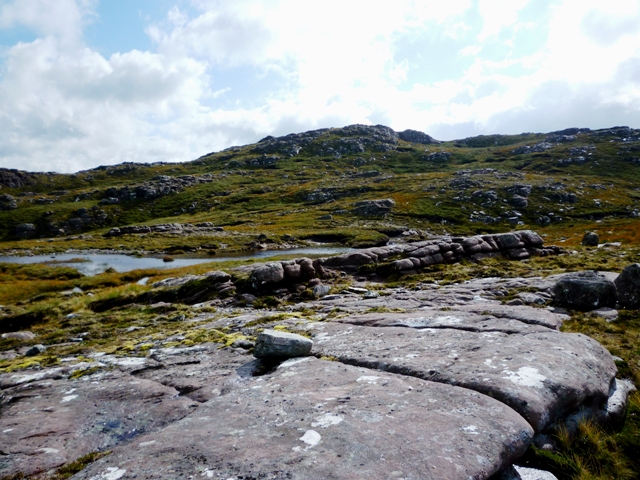 Looking towards the summit from the northern lochan

It was a short walk over to the second lochan which was a great help in finding the summit, lying as it does just beneath the cairn. Just then a wonderful and surprising thing happened: the sun broke through and the summit was revealed. How fortunate was that?

The lochan and the summit cairn

There was plenty of shelter from the wind amongst the crags around the cairn and I sat to enjoy the views. Unfortunately, An Teallach was still shrouded but the views over Ullapool and Loch Broom were excellent.

Looking down on Ullapool and Loch Broom

I must say that I enjoyed my descent in the clear sunshine more than my ascent and returned to my car in good time. 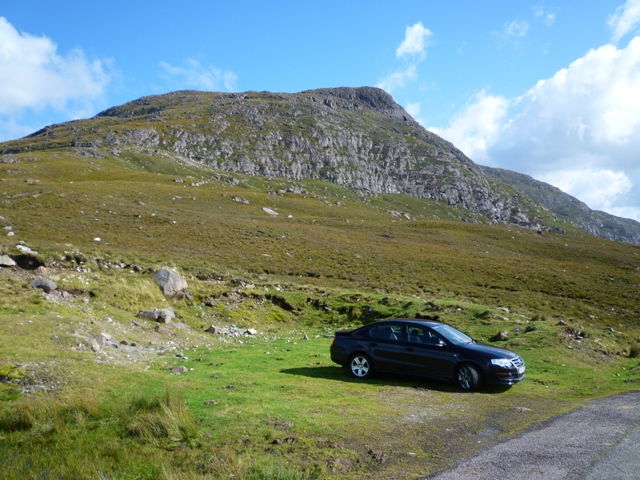 Where I parked the car beneath the hill

Later that evening I went out for a short stroll from the hostel to view my hill of the day across the loch. 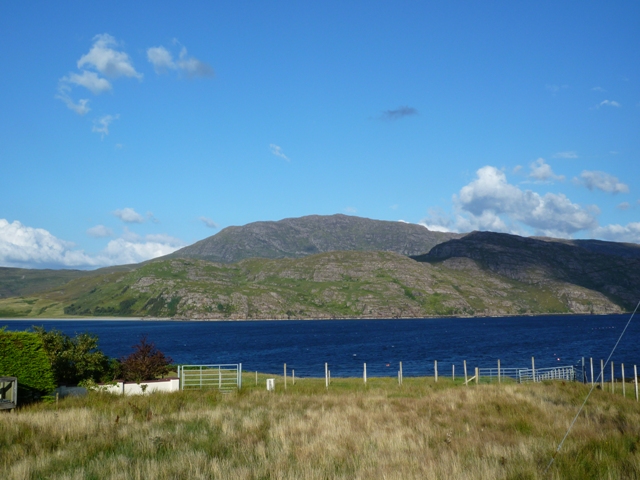