Share your personal walking route experiences in Scotland, and comment on other peoples' reports.
Warning Please note that hillwalking when there is snow lying requires an ice-axe, crampons and the knowledge, experience and skill to use them correctly. Summer routes may not be viable or appropriate in winter. See winter information on our skills and safety pages for more information.
Post a reply
57 posts • Page 2 of 4 • 1, 2, 3, 4

Mountainlove wrote:Oh that was so interesting and I love the pictures from inside the helicopter 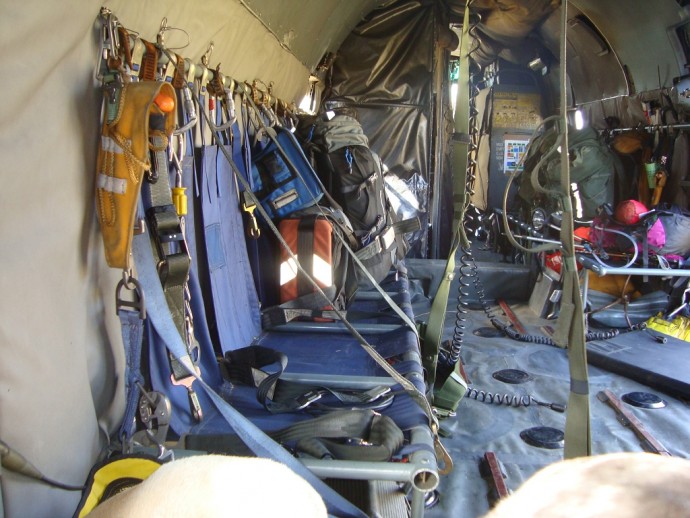 Dogs literally on top of me, poor things! You should have posted that under Flight Reports

On a more serious note, I am happy that went well and the poor victim is up again. There is a good reminder of how the mountains can take their toll upon us and how grateful we can be for these guys who are responding to emergency calls.

Moira obviously made of strong stuff. I'd have been bawling my eyes out no doubt. Also inspiring that she has quickly got back into walking.
Glad that you did post this as it is a good reminder to take care on the hills, as others have observed. Gone over on an ankle plenty of times with only luck, I am sure, to thank for there being no problems.

Wow, what a reminder of how easily things can turn for the worst...And Moira appeared to have a beaming smile throughout

Its hard to know how I might react in a similar scenario (either being injured or coming across an injured person) but I'm not sure I would be able to manage a smile!

I hope its the kind of thing that would just be the natural response for anyone in the hills but I have to say its great to hear of other walkers assisting and helping out where they can in an emergency.

Aye makes you think.
Guid to hear Moira is back in the hills.
Quick rescue!

Glad it all turned out well. I think I would have had to be dragged kicking and screaming into the chopper (unless it was me with the broken ankle).

Splendid report and props for being able to smile with a broken ankle!

Who cares about dogs?

Has anyone taken other pets into the hills?

willie wrote:Has anyone taken other pets into the hills?

Not intentionally. But this fellow decided to tag along when we climbed Ben Hope! It took me a while to "digest" this story

and I can understand why you needed time to gather up to write it... But as an old Polish proverb says: "If there's happy ending, there are only good memories".

My mum had a broken ankle some time ago (not from hillwalking) and it took her many months to return to full health, so I know it's a long and painful journey. So glad to hear that Moira is "among the hills" again

I hope we'll run into each other "up there" one time

wilkiemurray wrote:Glad it all turned out ok, very stressful at the time - I can sympathise on how slow time passes when waiting on hearing the sound of helicopter blades arriving! Glad everyone is ok and the dogs were all ok too...

weaselmaster wrote:A reminder of just how easily it is for things to go wrong - the kind of injury that could happen to anyone out on the hills, and reassuring to know that the outcome can go smoothly too

The help we got that day was first class - from everyone we met to the RAF guys - all amazing.

tweedledog wrote: The possibility of this kind of accident often crosses my mind when I'm out with just the dog, no phone signal, and miles from anywhere.

Exactly what I was thinking when out alone with dogs on remote Corbett and no phone signal. It sure concentrates the mind not to go over on an ankle!

Top
29 people think this report is great. Register or Login free to be able to rate and comment on reports (as well as access 1:25000 mapping).