Quacking boots and a lot up m'uphill

Quacking boots and a lot up m'uphill


Best remembered as "the wet one where we went continuously uphill for 2/3 of the walk". But with the thought of turning two red balloons to shiny blue was incentive enough.

"How you doin?" asked Hubs

The weather wasn't the best but intermittent cloud on the very long ascent and a final hurrah of blue skies on the least leg gave us some stunning views periodically.

Stunning area with impressive looking mountains all around however we were surprised at how little water appeared to be in Loch Treig. I daresay the remainder of the loch could easily be topped up with the copious amount of bog water that we had to wade through on this walk.

I had my new boots on (not one blister this time and toasty dry feet for the entire walk) but Hubs had his not so watertight boots on and before too long his boots were quacking away like ducks in mating season. 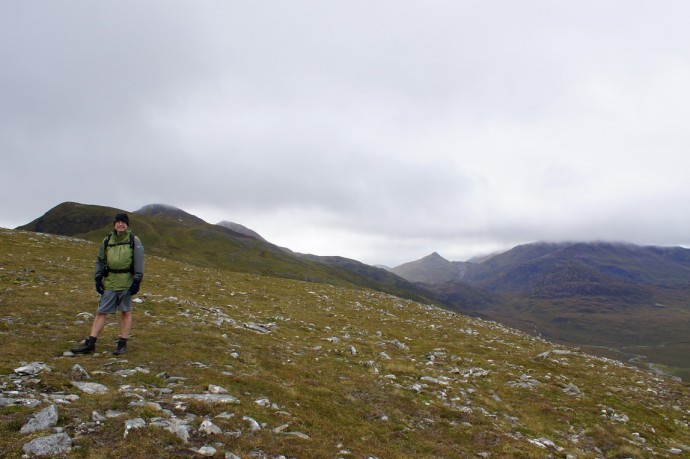 The first challenge was the scramble around the nose of Meall Cian Dearg and to be honest we really enjoyed it feeling like "proper mountain climbers " (albeit without the skill or equipment of the genuine article). 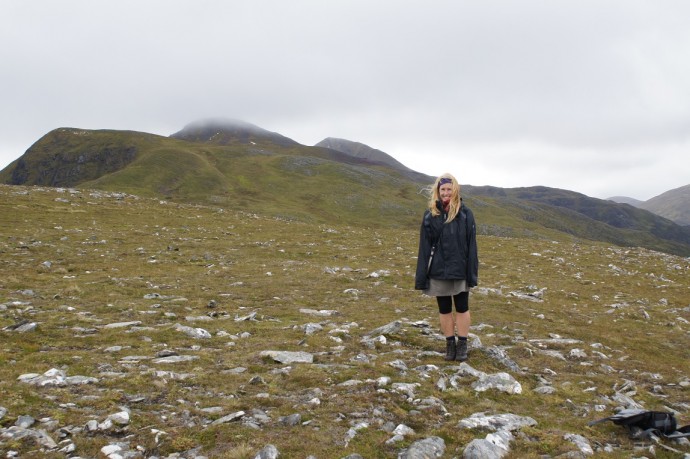 Starting to get a bit cold, quick pose then onwards and upwards. Meall Cian Dearg

After endless boggy upwards steps we finally reached the summit of Stob a' Choire Mheadhoin. The summit cairn seemed to have morphed into a rather ineffective wind shelter given that the curved opening of the "shelter" was facing directly into the strong winds.

Onwards and downwards to Munro no 2 just as the clouds parted to give THE most fantastic view of Stob Coire Easain ahead of us and Stob a' Choire Mheadhoin behind us. 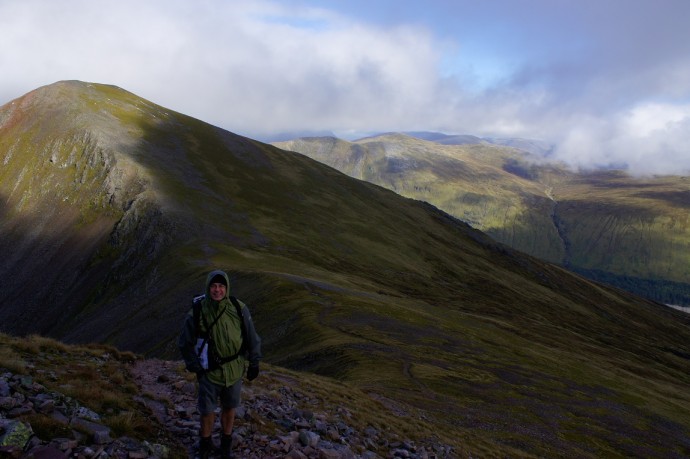 Look at that! No cloud on Stob a' Choire Mheadhoin; hopefully we can pose there cloud free on the return

Took the opportunity to take at few photos at this point before onto the serious business of the steep ascent ahead. 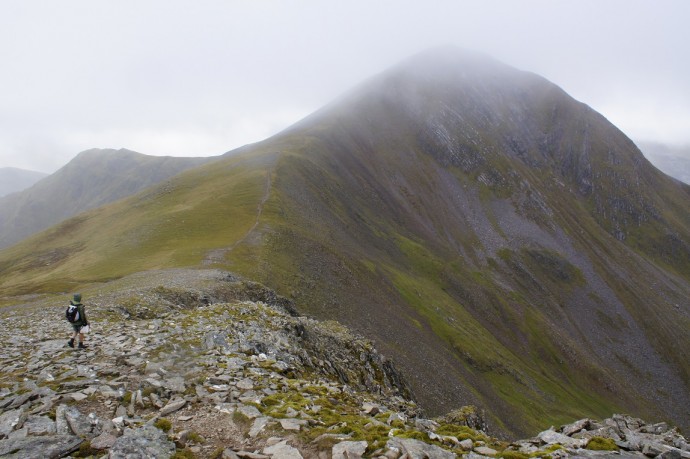 No photos of Stob a' Choire Mheadhoin because it was in cloud when we hit the summit. Just about to tackle Stob Coire Easain 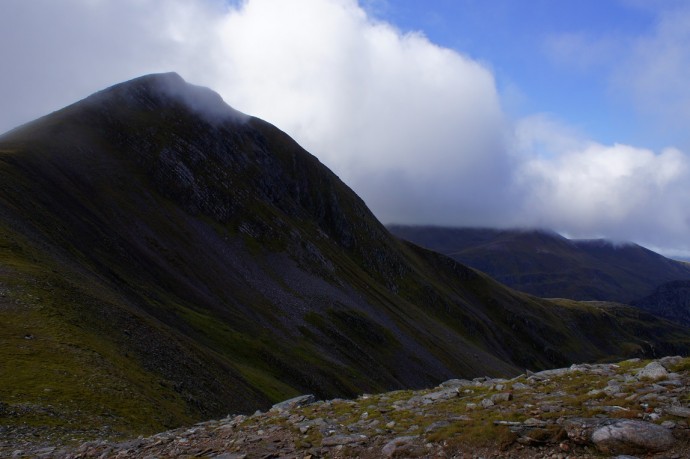 The break in the cloud served to spur us on and at 3:00pm on the nose we were atop Stob Coire Easain . 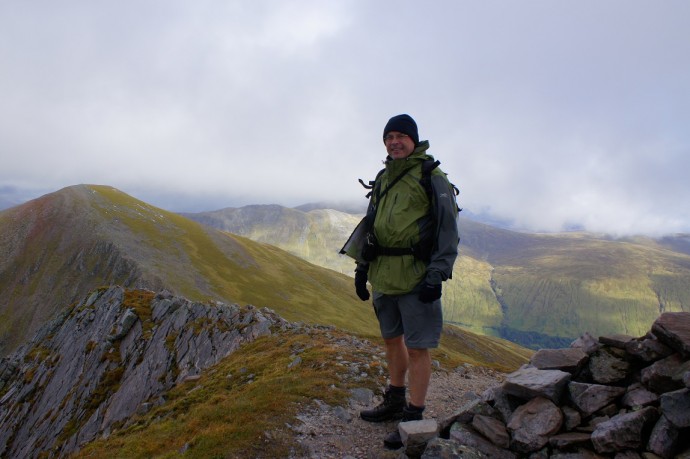 He's the King of the World! Hubs and his quacking boots on the summit of Stob Coire Easain 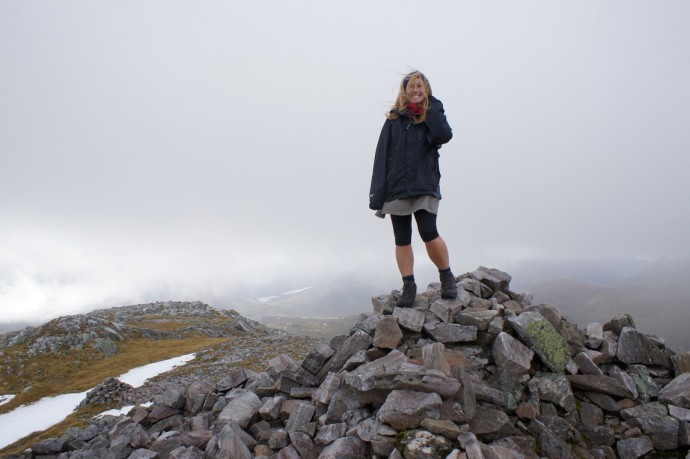 Out came the camera and a few frantic snaps followed including one of me jumping on a patch of snow. 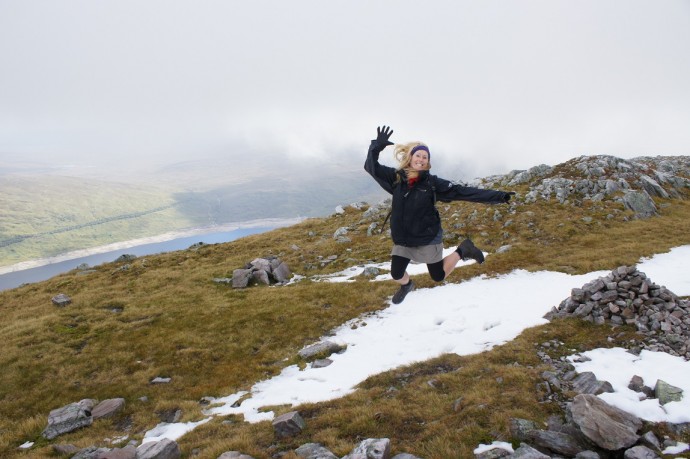 Get a bit carried away with the excitement of finding a patch of snow. Stob Coire Easain summit with Loch Treig in the background

We had to hurry given that the mother of all clouds waiting to roll in with driving icy rain and strong winds.

We hoiked it back up the stony side of Stob a' Choire Mheadhoin and through patches of September snow and then onto the long and very boggy descent in decidedly inclement weather. 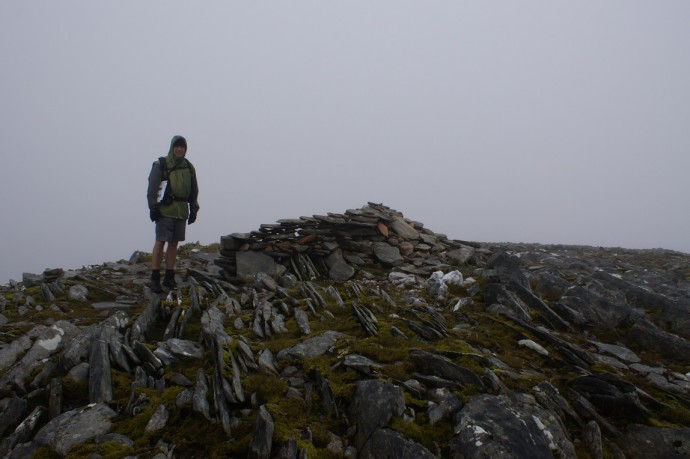 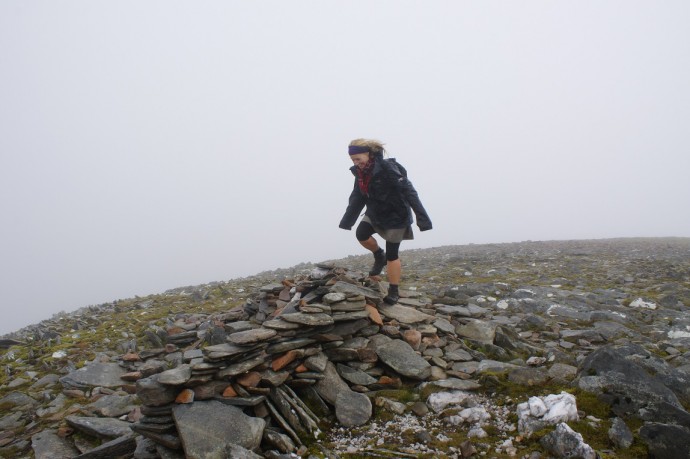 Stob a' Choire Mheadhoin summit. wet, windy and cold for the 2nd time that day.

Spotted oodles (not sure if this is the correct collective noun for) ptmarmigan with their plumage already on the turn. 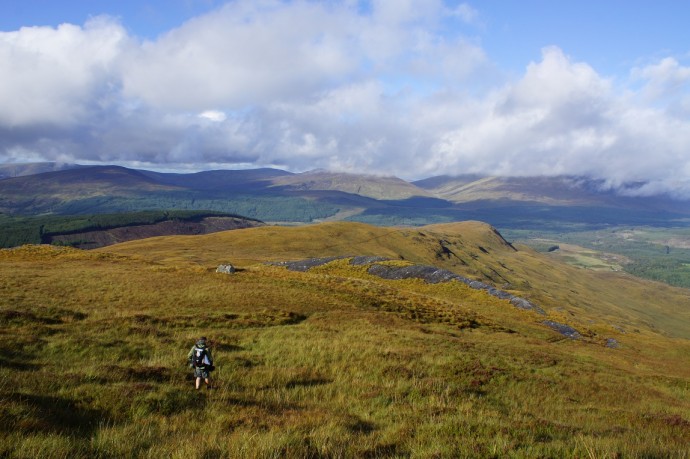 Gorgeous Autumnal hues on the descent after the cloud finally cleared

Bog trotted and quacked all the way back to the car with a feeling of really having earned these two Munros. 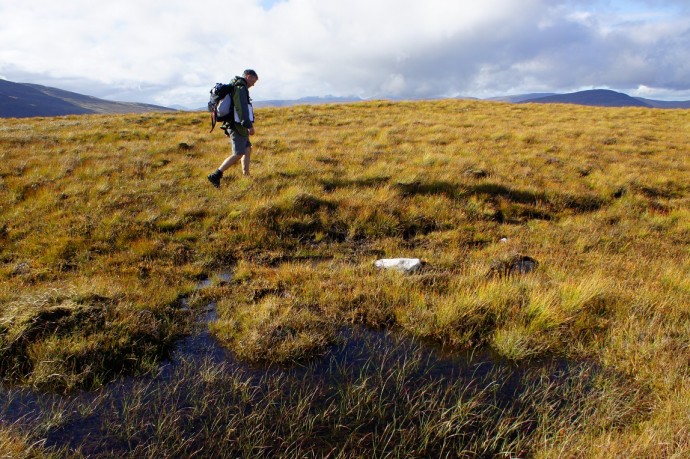 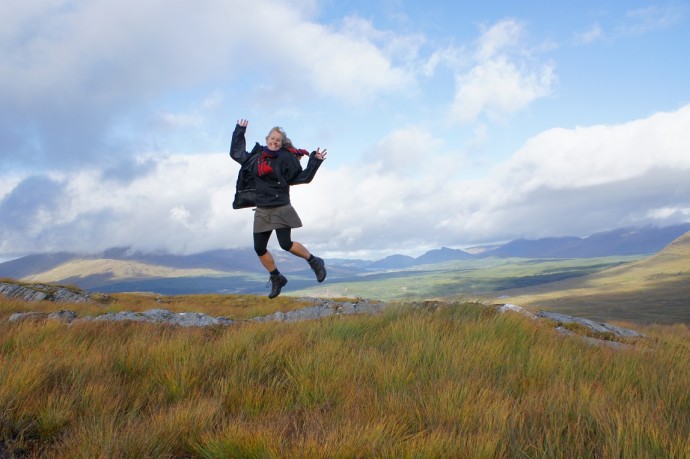 Congratulations to you both for reaching your 50!

Well done on reaching the round number

We did these two almost exactly a year ago, one of the boggiest Munros I've climbed so far. On the way back, we descended from the gap between the two peaks to the glen below, and that was even more boggy... kilometres of squelchy, soft ground