Monday 5th August was a dull, cloudy day in NE Scotland, so the intimate valleys of inland Moray seemed ideal for close-up views which hopefully wouldn't be affected by the weather.


dounie-rothes.gpx Open full screen  NB: Walkhighlands is not responsible for the accuracy of gpx files in users posts
Two route maps? Well, the little village of Rothes on Speyside has two contrasting, but equally interesting, valleys to its west. The first, Glen Grant, is on private land owned by Glen Grant Distillery. The grounds are included in the small admission charge for a distillery tour, which itself is definitely worth the money anyway. The second part of this short report (from The Dounie) follows the walkhighlands route with the same name.

The lower part of the grounds snake up by the stream through woodland, hemmed in by distillery buildings. They soon opens out for the middle part: a semi-formal garden. 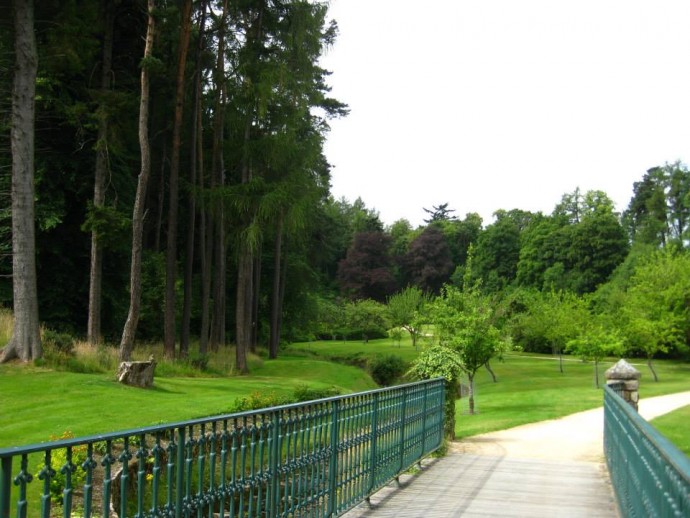 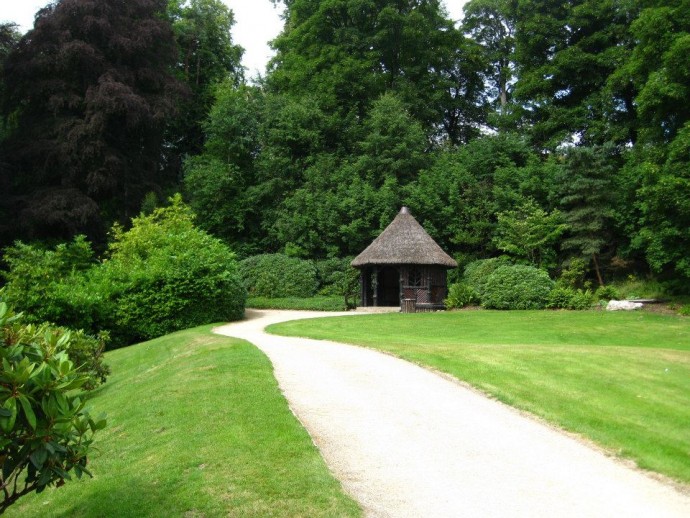 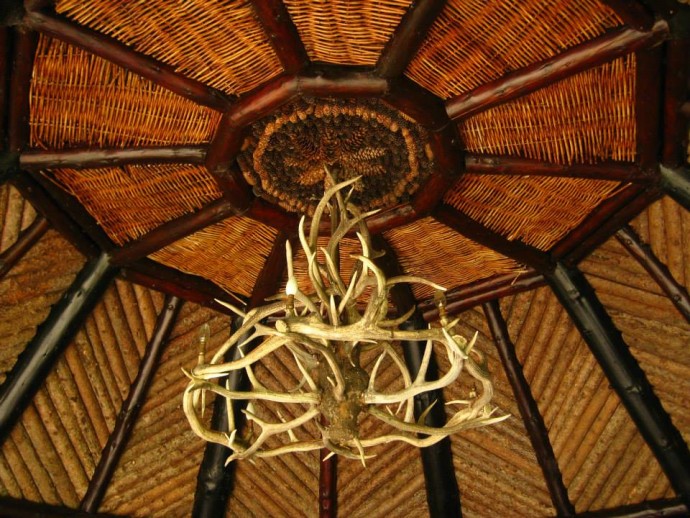 By contrast, the upper part of the grounds narrows again into a little, steep-sided gorge, with bridges criss-crossing the streambed and plenty of little features such as a cave where a barrel of the finest Glen Grant is stored! And lots of midges today - so not many photos of the actual gorge. 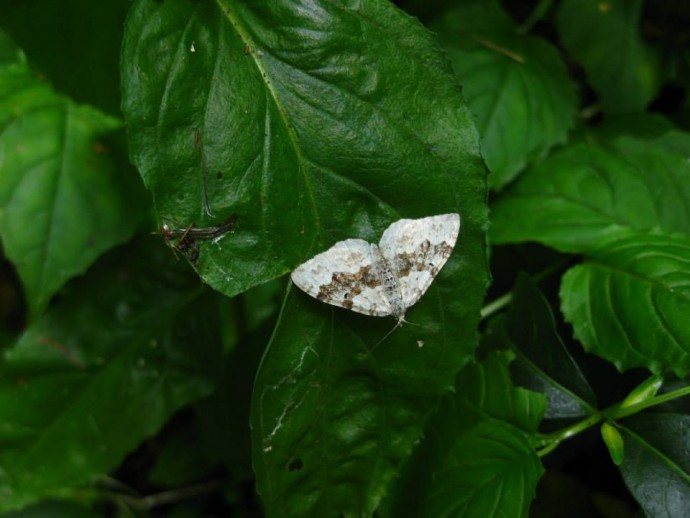 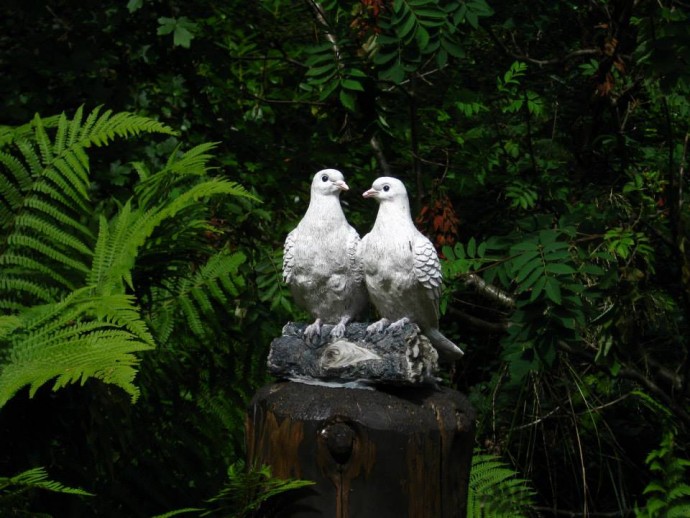 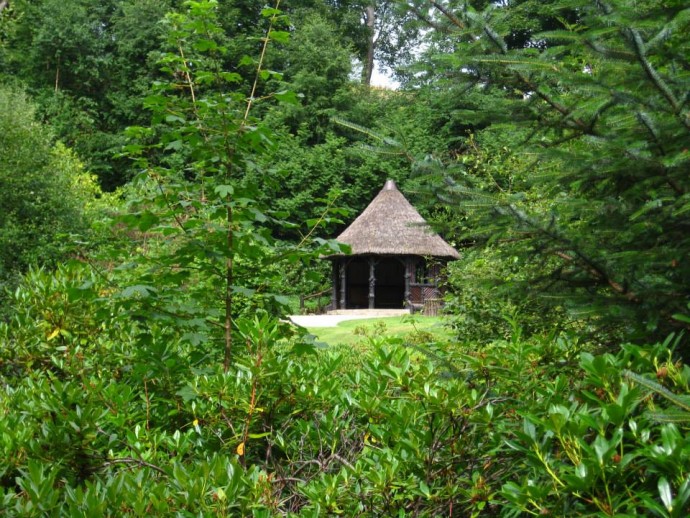 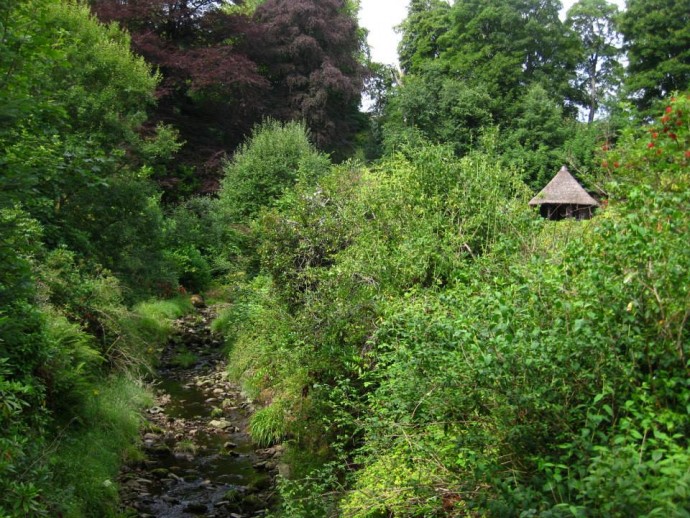 Finally, a few from the distillery itself. 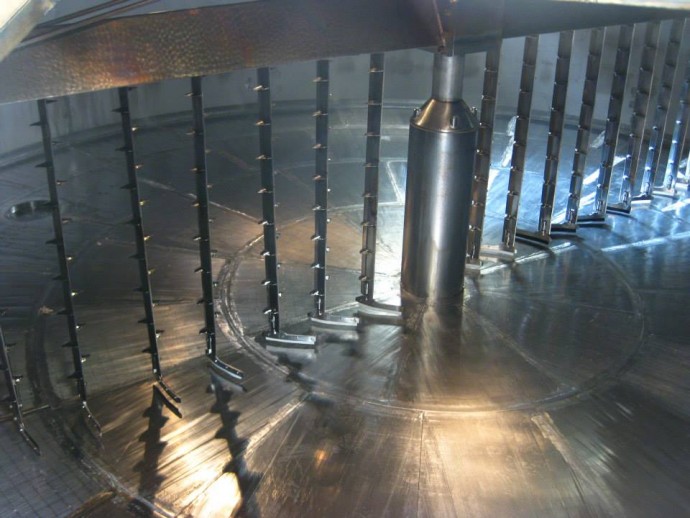 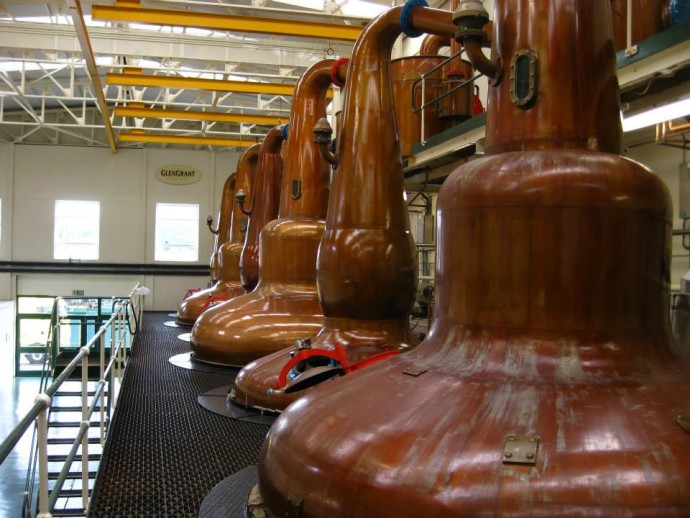 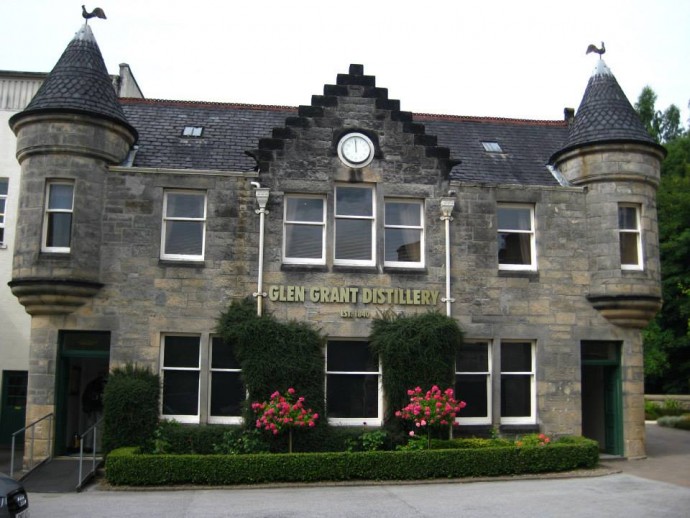 I've no idea why I only took two photos on this walk. Beginning in the centre of town, we followed the road up past Glen Rothes distillery (you can't go on a tour here, but the whisky is one of our favourite), soon leading onto a pleasant earthy footpath up the grassy valley. This is definitely a walk you can do with trainers. 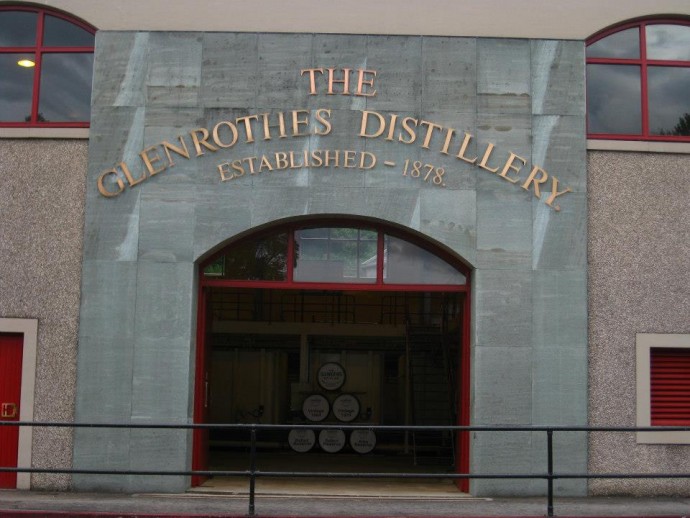 A few information boards provide the usual sort of information you get on boards like these - wildlife, birdlife etc. The glen narrows slowly and the slopes steepen, and the walk becomes slowly more shady. Eventually there's an obvious left branch to take into the Little Dounie - a smaller, steep-sided counterpart to the main valley. The water source for Glen Rothes distillery is apparently here underneath a manhole cover, but we missed it! Soon the path climbs more steeply, passing a viewpoint for a fairly distant waterfall.

At the top of the hill the path reaches a track, which is followed all the way back to the start, past Rothes Golf Course, a load of sheep, and the (very) ruined Rothes Castle. 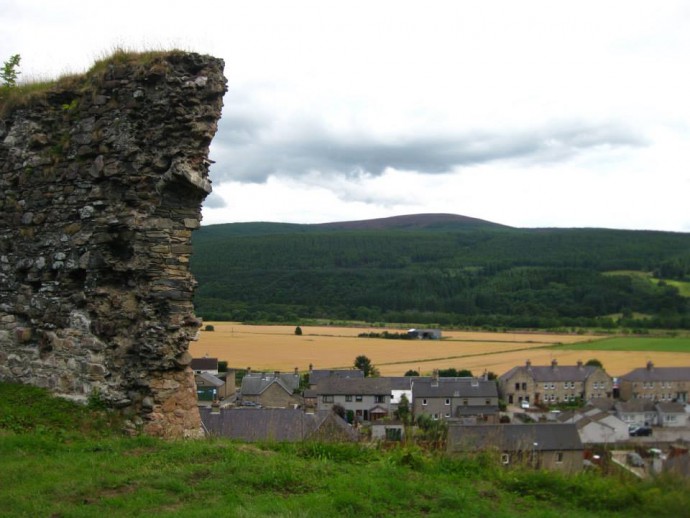 Both these glens are recommended for an easygoing day out if you live in the area - we went for a distillery tour and lunch in the middle to break up the walking. We also visited The Linn waterfall at Orton (a few miles NE on the B9015) - this wasn't easy to get to at all but might be spectacular after a downpour.