Walked with the Lang Craigs walking group.
We had intended tackling Beinn Dorain today but heavy snow meant we decided on a saver option of a walk up Ben Lomond. There was a lot of snow on the Ben and it was decided to take the tourist route. 9 of us left shortly after nine o’clock from the car park. The snow was firm but not too icy, in places it had drifted and was not quite firm enough to take our weight making us sink in to our knees. There is a gate half way up which only had the top spar visible. A few of us put on crampons for the last push but half the group managed without. Along the top there were large drifts and very strong winds making it feel quite artic. We all arrived at the top at the same time and had enjoyed the Ben looking majestic in her winter finery. Just to proof the point we passed a walker coming up complete with skies.
For more pictures see Flicker, group - Lang Craigs 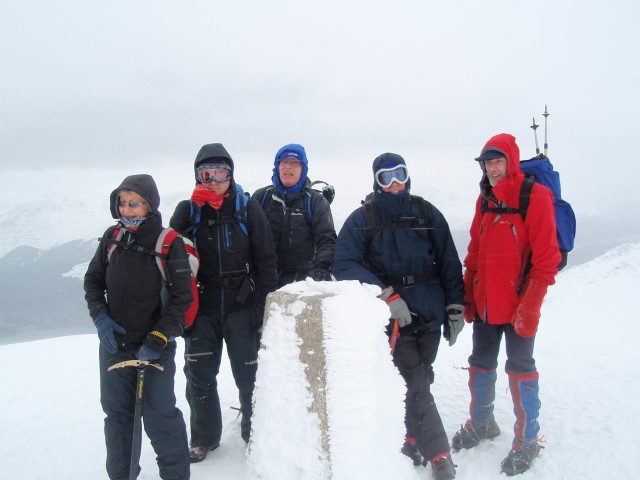 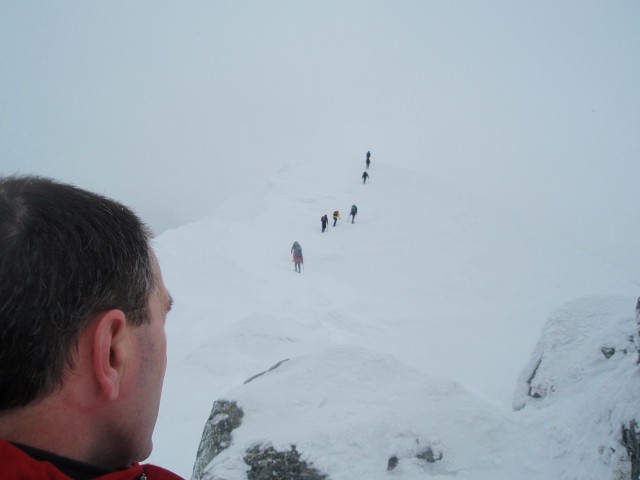 oh wow! that is some serious ice/snow. i was planning on heading up this weekend but after seeing your pics might wait until it gets a tiny bit warmer...