Well, it's holiday time again with two weeks in Scotland as usual 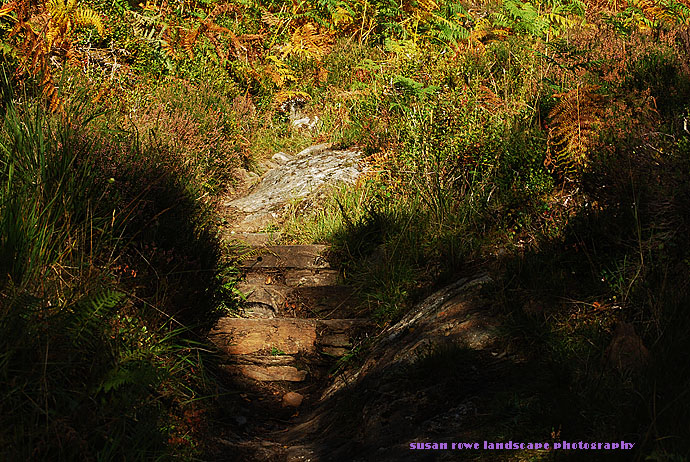 Hope the rest of your holiday has weather like that!

Glen Affric is a stunning place, Cant wait to go back

great colours in your shots

Your photos show what a magical place Glen Affric is!

Well Sue, a stunning set of pics for an area I ve yet to visit. I'm so pleased that you overcome that challenge to get upto the viewpoint and so obviously enjoy yourself, although I shouldn't be so surprised by your determination

I really like the last photo, verrrrrry nice
As always you do a cracking job for the tourist board, hope you have a wonderful time up there.

MarilynMunro wrote:although I shouldn't be so surprised by your determination

Thanks for your comments, Jim, I'll ask for some commission from the tourist board!

rockhopper wrote:great colours in your shots well done - autumn makes such a difference to the greens of summer - cheers

Thank you! The bracken has turned in lots of places with some stunning colours but most of the trees will be a few weeks later

Your photos show what a magical place Glen Affric is!

Thank you, Stuart, I loved it but the weather really helped

mountainstar wrote:Fabulous picture Susie, well worth the effort
Hope the rest of your holiday has weather like that!

Thanks, Alan, I'm hoping so

Glad you got out and about before the traditional Scottish holiday weather arrived.

Wow Susie your photos are amazing! You were brave tackling those steps on you own and I'm with you about going down being worse.

But I'm sure you felt the effort paid off with those views on such a beautiful autumn day.

Absolutely stunning photos, so nice that I would love to go there right now! What stunning views, you had the perfect weather for it. Enjoy the rest of your holiday.

Sarah86 wrote:Absolutely stunning photos, so nice that I would love to go there right now! What stunning views, you had the perfect weather for it. Enjoy the rest of your holiday.

Thank you, it was a fabulous day

dogplodder wrote:Wow Susie your photos are amazing! You were brave tackling those steps on you own and I'm with you about going down being worse. But I'm sure you felt the effort paid off with those views on such a beautiful autumn day.

Thank you, it was certainly worth it!

jonny616 wrote:Glad you got out and about before the traditional Scottish holiday weather arrived.

Thanks jonny, think the weather is about to change

Those pictures are superb, wonderful scenery.

You shouldn't ever need an excuse for posting walk reports about short routes - less distance makes walks no less valid or appealing!

I'm very grateful you posted this Susie - it wasn't on my never-ending to-do list before, but it certainly is now. The views look amazing - although your photography skills probably help with that. (I bet I'll visit and there'll be heavy rain and thick fog...

Missed this one Susie, hope you had a great time on holiday. I'm yet to visit Glen Afric but your pics really do show what I'm missing. Well done on making your way around