I set off on Tuesday morning to the car park just south of Crianlarich to walk up Cruach Adrain in what turned out to be a glorious day in sunshine. It had been many years since I last walked up Cruach Adrain and was looking forward to the challange in winter conditions.I arrived about 9.30am and got myself organised and left the car about 9.45am over the stile and into what is normally a muddy field, though with the hard snow it was an easy walk to the arch under the railway line then heading to cross the bridge over the River Falloch. Crossing the bridge I took photos of the River with the snow right down to the low ground. Then set off along the track to the edge of the forest on my right hand side and had the company of sheep leading the way. On reaching the end of the forest I turned left to get to Grey Height before heading to Meall Dhamn. It was a hard slog walking up the slope as the snow was knee deep and occasionally up to my thighs. I managed to eventually pick up a trail that somebody had made and this helped a bit. Once onto the ridge at Grey Height the ground became less steep and headed off to Meall Damn over icy snow and ice slabs. I stopped at Meall Damn for a bite to eat and decided to put the crampons on as the icy slabs were becoming larger and the snow harder. The legs were feeling tired with the heavy going and then there was a 50 metre drop down before the steep pull to the summit ridge. At this point I had a good view of the last section. It was a hard pull to the summit as it was steeper then what I remembered and in the sunsine with no wind or breeze it was hot work. 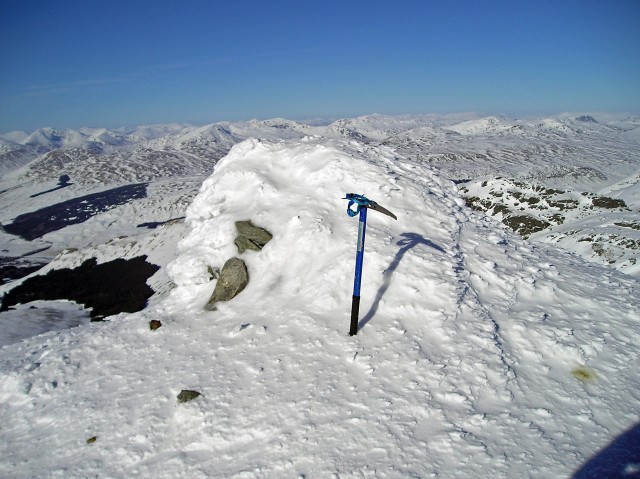 The views from the summit were stunning and in every direction all you could see was white tops. 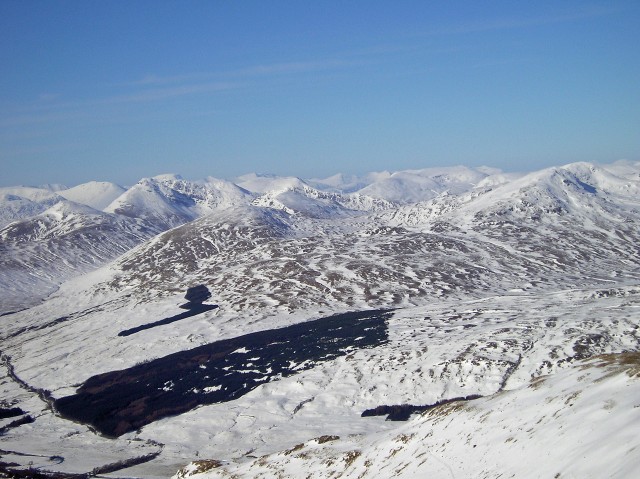 I then set off the same route that I went up though went too far along the ridge of Grey Height missing the tracks that I had made on the way up and ending in some deep snow before getting into tracks half way down the slope. It had been a great day in winter conditons though sunny and windless, all you could here at times was the crunch of the snow from the crampons.

I was there on Sat, sadly I didn't get the views you got at the summit and it was windy.

Nice report and pics - hoping to do this one at the beginning of April, and hoping tht snow is gone.

Nice pics - love the meringue one at the end!