Having been rather lazy over the past couple of months due to work and various commitments, Denise and I thought it would be a good idea to have a warm up walk ready for a weekend visit to Scotland on the 19th Oct, we are hoping to collect three more Munro's so decided a longish walk in the Lakes would fit the bill.
The Highstreet fells are a good choice for us at this time of year with them being fairly local and only a 1.5 hour drive away. There's a Roman road which runs over the summit of Highsteet, although there's no evidence of it now it must have been a desolate posting for the soldiers who were stationed on Hadrians Wall and had to march over places like this to get there.
The morning dawned overcast and raining in Elland but the forecast for the Lakes was reasonable so we set off and hoped for the best.
On arrival in Hartsop village we put our boots on and set off walking, conditions were good, so fingers crossed. Hartsop Dodd, our first hill of the day. Follow the wall up to the skyline and turn left.

It's quite a pull up on cold muscles but the views open up, the only problem we had was the very strong wind, this made it a bit more difficult but you can't have it all. 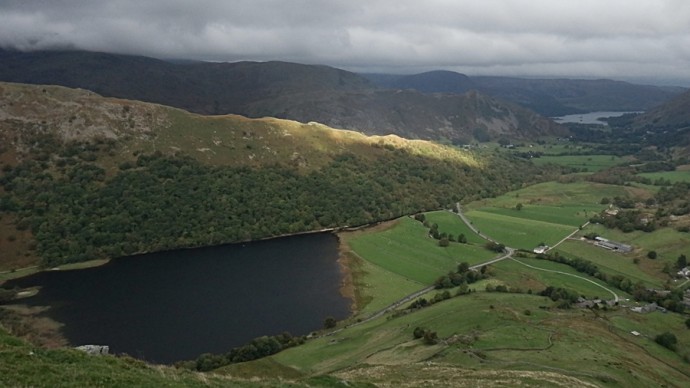 Brothers Water with Ullswater appearing in the distance. After the first 50 mins we were at the summit of Hartsop Dodd, a bit windswept but dry and glad to be out. 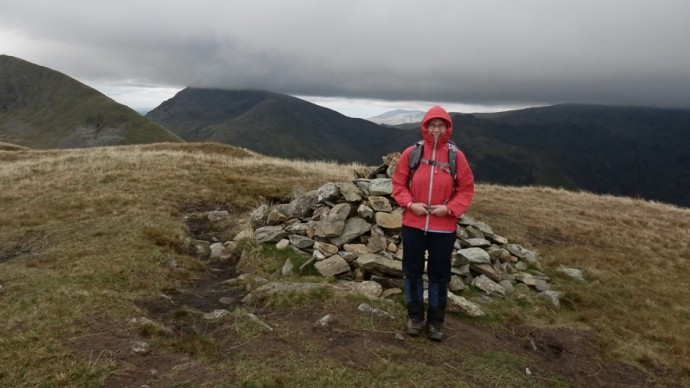 At this point the clouds were just bothering the summits.

We set off to Cauldale Moor 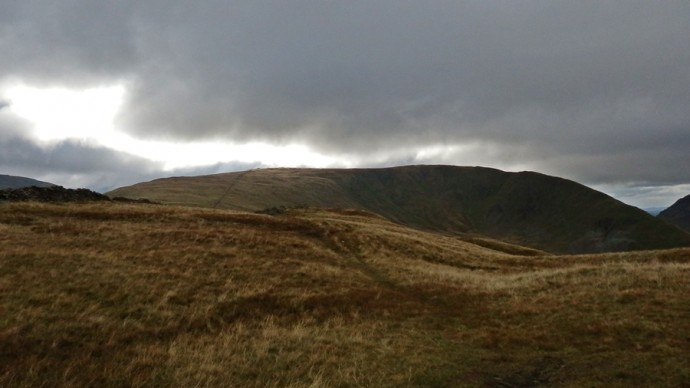 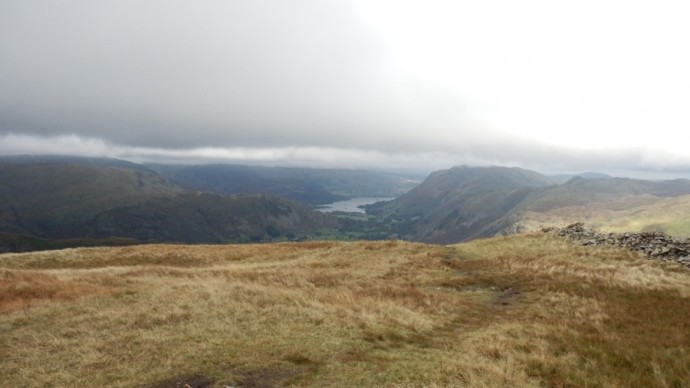 Ullswater in the distance behind

The walk to Cauldale moor is steady, when we arrived the clouds were down which was a pity because, from here, the views towards the Kentmere horseshoe must be good but not today.
From here to Thornthwaite Crag is a fairly big descent and re-ascent,at this point the clouds were being a nuisance so I couldn't take a photo to show this. We arrived at the Beacon in time for a break in the clouds. 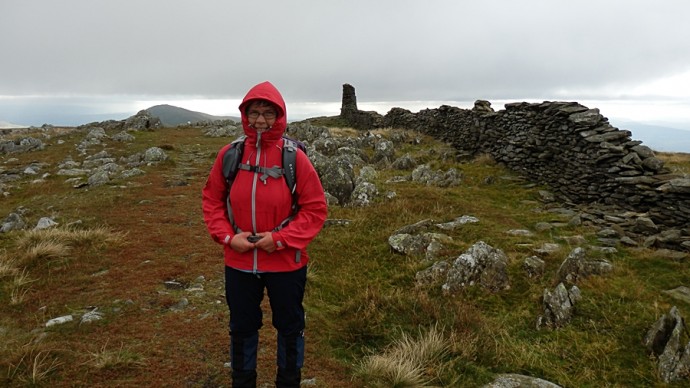 We set off for Gray Crag, and the views were improving on the way over. 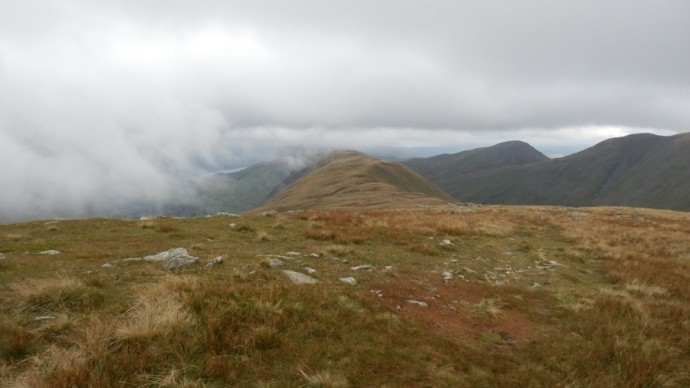 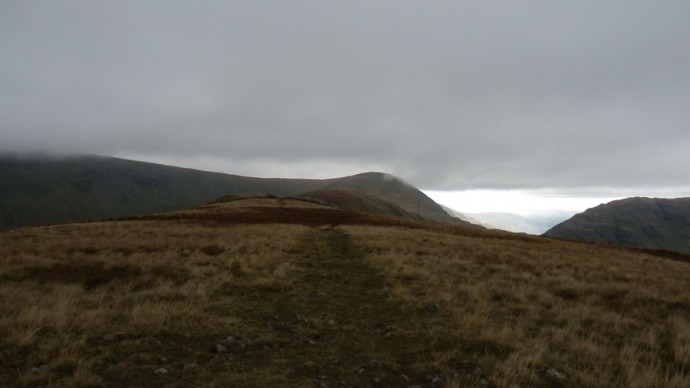 We walked back to the beacon then set off for Highstreet.
Arrived on Highstreet 20 mins later and decided to have lunch behind the wall for a bit of shelter from the wind. Dindins on the Highstreet

After lunch we set off for Rampsgill Head, High Raise and Kidsty Pike.
Views on the way:- Not much to see but here's three piccy's of the summits. 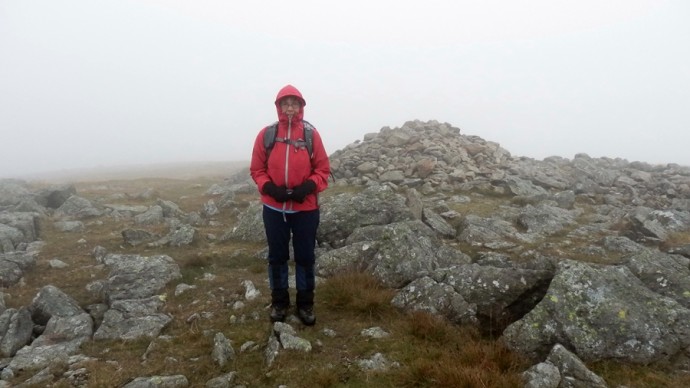 On the way to The Knott I managed to get these shots of the craggy side of Highstreet, Riggindale and Rough Crag, a nice easy ridge walk from Haweswater which drops you right onto the summit of Highstreet

From Kidsty Pike we walked to The Knott which from this side is not much more than a lump. But we managed to get a view of Rest Dodd our final hill of the day. Rest Dodd in the centre

And after a sharp descent and re-ascent we stood on our last Wainwright of the day. From here we had an hours walk back to Hartsop over nice easy terrain and managed a few photo's of where we'd been and the little Hayeswater nestled below the slopes if Highstreet. We enjoyed our day out, no rain but the clouds were a wee bit annoying. On the slopes of The Knott we heard the bellows of a rutting Red Deer stag and managed to spot him far off, it reminded me of Scotland, a moment in the Lakes when there were no people and nature was allowed to carry on undisturbed, roll on the 19th.

Good long walk that. 10 Wainwrights in one day as well.
Weather looked a little ominous but at least you got a great walk in and some cool pictures as well.