Was very grey and overcast as we set off up the Lairig Eilde, but reasonably mild.

After about 20 minutes in : 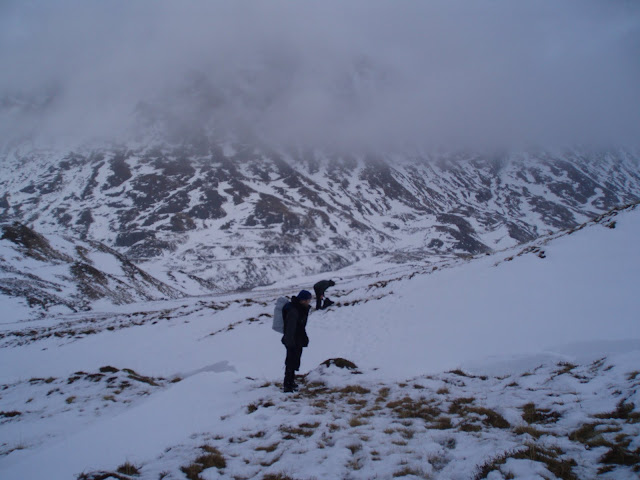 The snow was very wet and 'heavy' making it a bit of a slog... 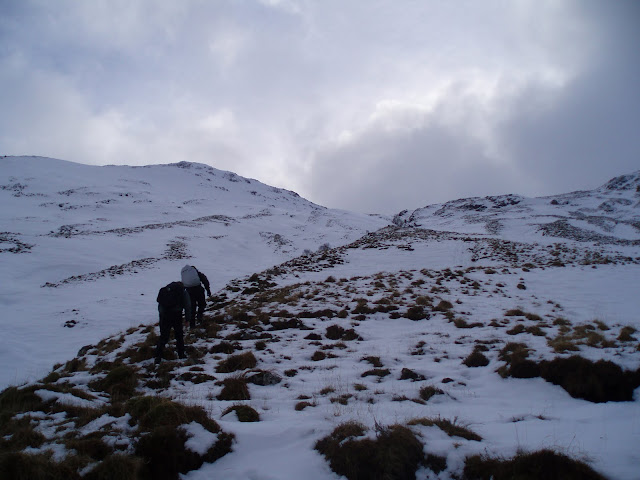 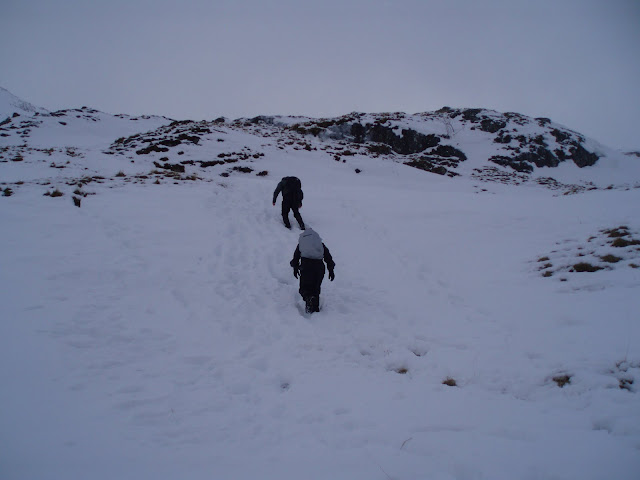 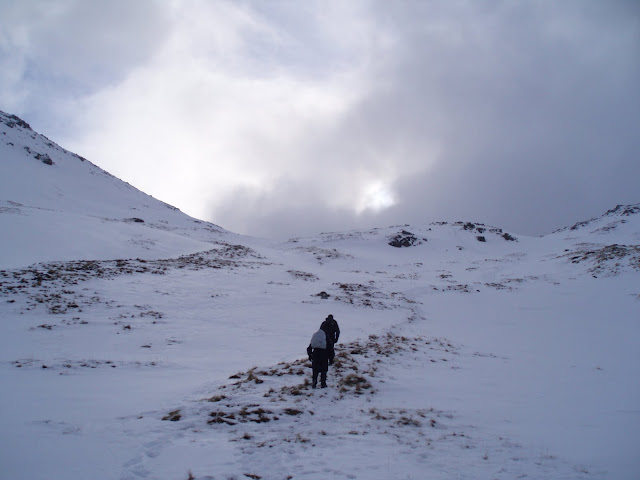 At the bealach, the winds were pretty high, but looked like a fairly straightforward ascent of the two peaks. But time to put on the crampons. With the heavy snow it was a massive slog to the summit of Raineach, and as a fully fledged desk jockey it was killing me. Made it though... 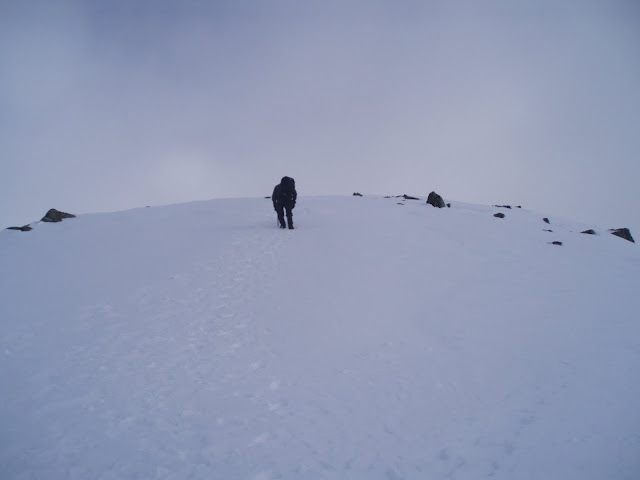 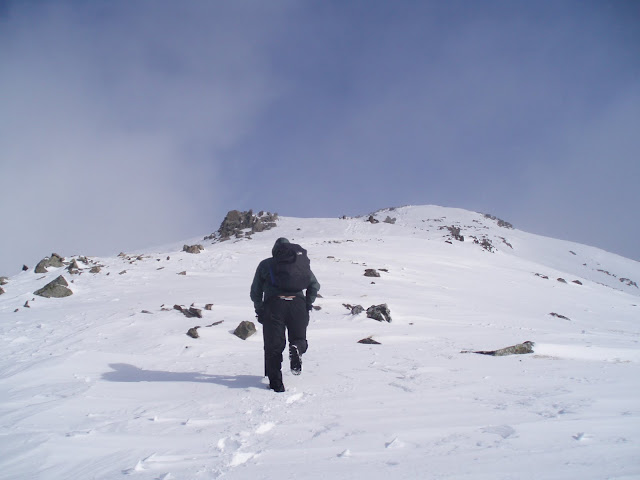 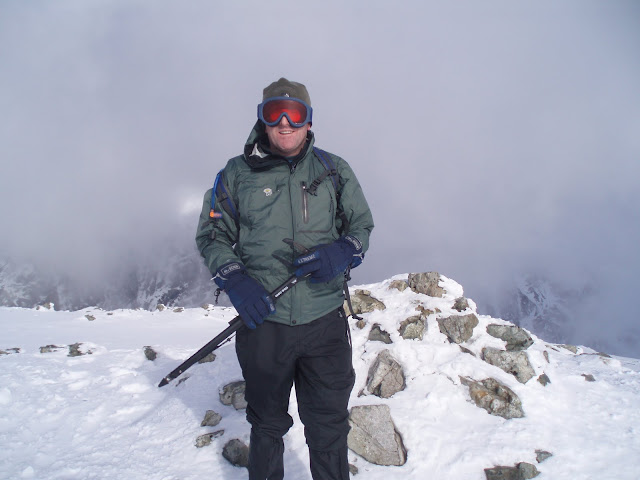 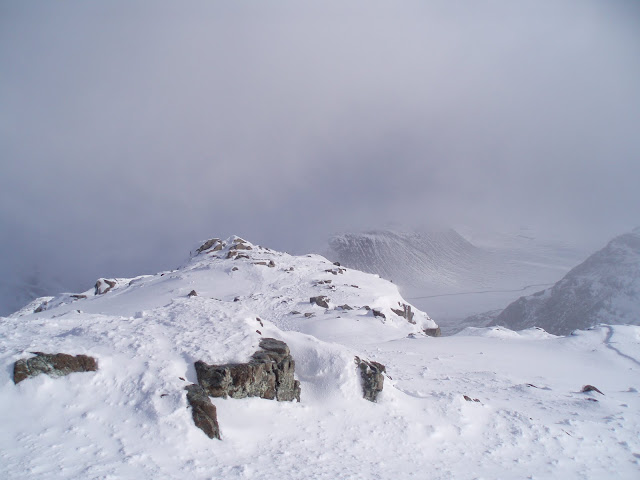 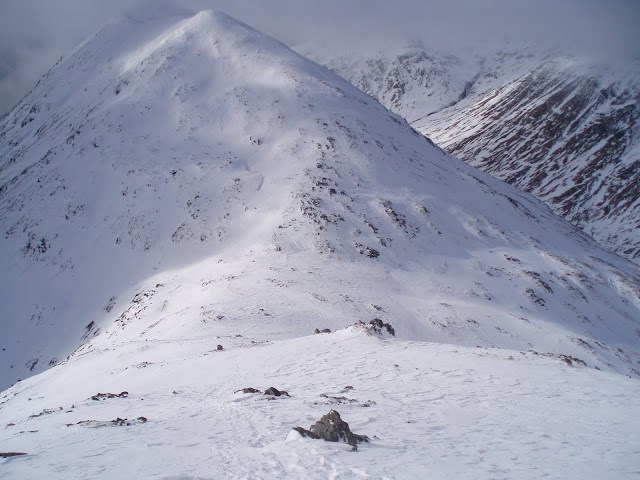 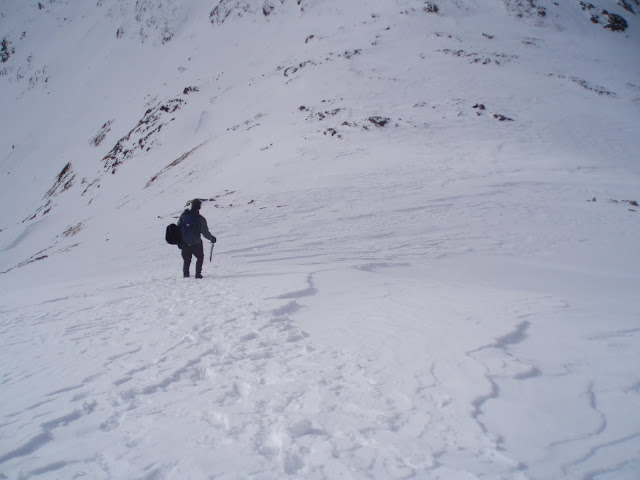 After summiting the weather came in a bit, and discretion being the better part of valour, we ran away. Stob Dubh would have to wait for another day. Even with anti balling plates, the snow was sticking to the crampons like glue. Made for a very slow descent.

Returning to the car, after hacking away with ice axes and lots of pushing from my companions, we made it out of the car park. 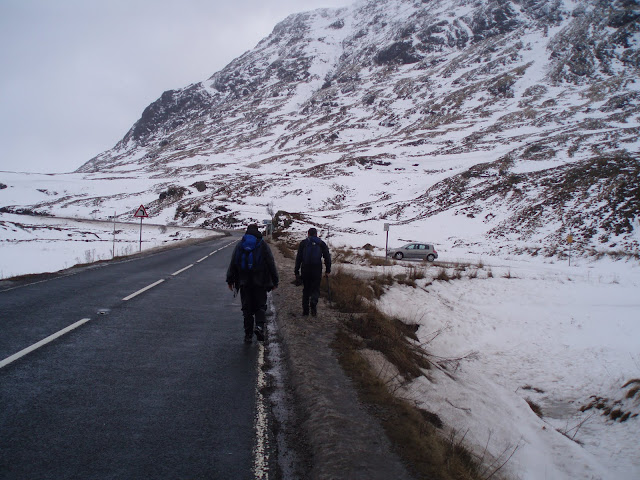 Then quick trip into Fort William, pitch tent in Red Squirrel, followed by an apocalyptic amount of beer in the Clachaig. Awesome. 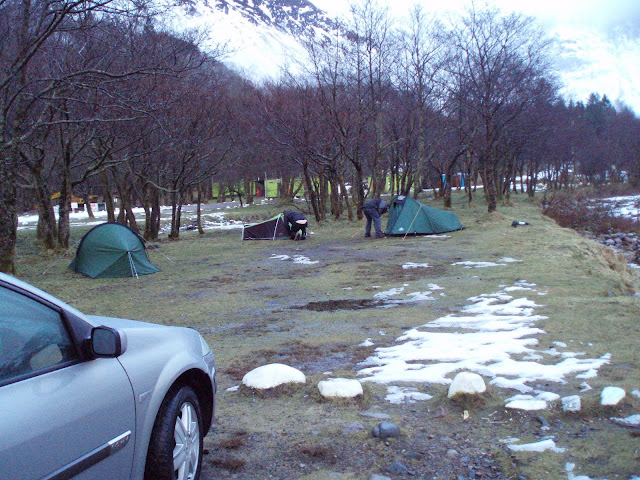