Day two of what was turning out to be a three day long walking weekend dawned a bit overcast at the B-n-B. British Summer Time and we were on Greenwich Mean Time again. Apparently I was able to enjoy an extra hour in bed, but surely that’s just wasted mountain time……..isn’t it?

I’d often wondered about how I’d get Klibreck ticked, given its lonely position far, far away (well, far, far away from where I live anyway

, even though it was still a bit of a drive from where I had based myself (note to self: think about booking a B-n-B more convenient for my plans rather than “winging it” and panicking at the first one I find with vacancies

At least on the drive up the conditions appeared to be improving, with breaks appearing in the cloud and blue sky showing. As with Wyvis the day before mine was the only car in the parking area as I parked up just before the bridge at Vagastie. 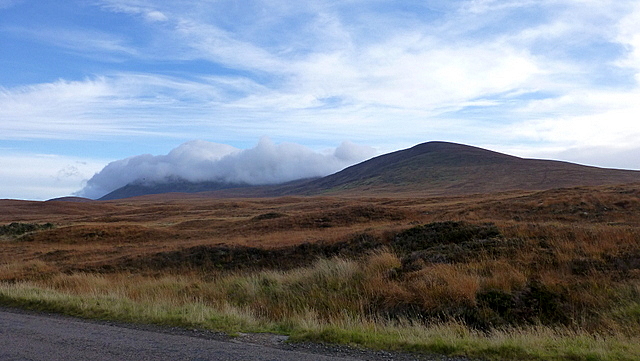 Ordnance Survey suggest this is a proper track

Still, good progress was made and height was gained good views opened up toward Ben Loyal, a cloudy Ben Hope and Ben Hee

Then there was Arkle and Foinaven way off in the distance

Really though the pictures can do all the talking The Bens of Hope and Loyal Eventually a good path contouring round Creag an Lochain was reached. I’d say the best bit of the walk for me, as it made its way along to the saddle just below A’Chioch and the final slog to the top of Meall nan Con. 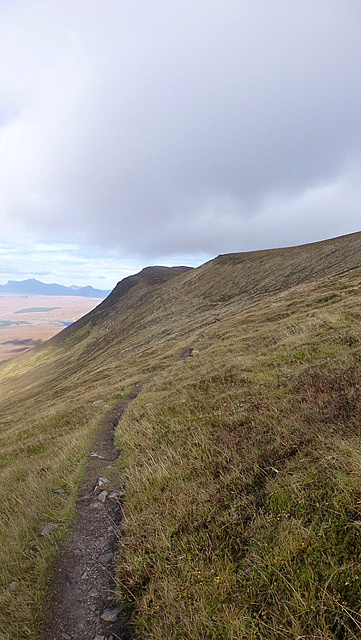 Panoramic shot to Creag an Lochain Unfortunately clag was clinging to the summit and the final pull really was a slog, what with no views and all Another cold and windy summit was eventually reached, but with no expectation of any break in the clag I was soon turning to go back down. Just off the summit and I met the only two other walkers on the hill. After a few words I left them to their final few yards to the top and I made easy work in descent of what had been an annoying slog in ascent Rather than head back exactly the way I came I chose instead to go up and over Creag an Lochain, as it was looking pretty clear at the time.

Of course, by the time I was at the top the clag had rolled in again and so any views I might have enjoyed I clearly wasn’t going to

I also discovered that, with nae views it’s an easy place to become “temporarily misplaced” in clag

Eventually I managed to get myself back on track and it was a simple tramp over peat hag and bog back to Cnoc Sgriodain and the walk back out to the car. 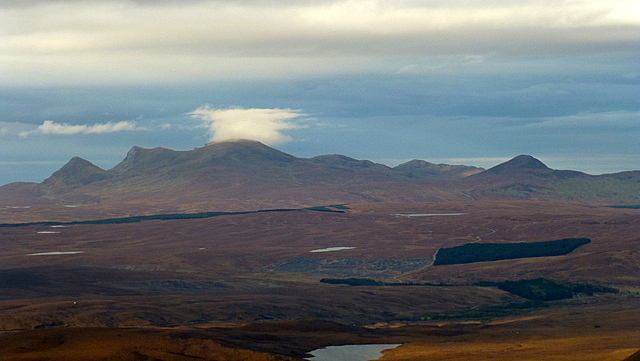 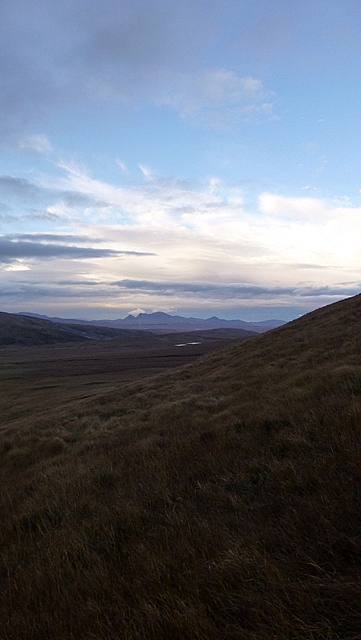 All timed to perfection, as the rain started at just the point I arrived back. Just a few spits-n-spots initially, but within minutes of driving off it was stair rods

All in all a good wee hill this one, with great views across a wild and empty plain to the Bens of Loyal and Hope

Some good pics Pete,we seen hee haw when we did this,lost my camera up there as well

Did you visit the Crask inn?

Nice one Pete, Valerie and I were up there too just two weeks ago.....never got the clear views, thanks for sharing. Lovely

nice pics and good report long way till I look at klibreck but looks good thanks for the insight.

The lone tree is a sad reminder of how truly beautiful these lands once were.

Nice report though, hoping to head to kilbreck soon.