Day 2 of our Sutherland excursion started at 1000hrs with pretty hazy heads after a night of indulgence!
Ben Klibreck next on our bagging mission. Once again it was a tremendous day on the snow covered peaks so morale was high! So out of the motor and up the first of a few tiresome undulating deep snow covered hills, we used a very faint argocat track as advised at the Crask Inn the previous day. After an hour we reached a cairn and had a 5 minute rest, Ben Klibreck is not as easy as Ben Hope we both agreed! About this time Siborg was convinced car thiefs were working in the area and had just entered my car about 3kms away...they weren't but it pays to be paranoid in such a high crime area!! lol 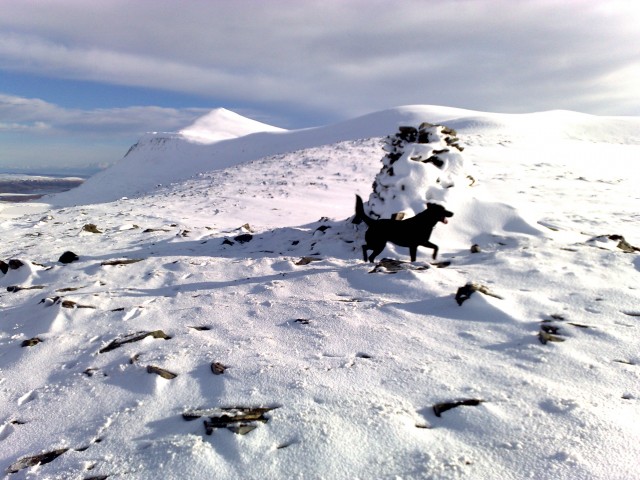 We were once again very lucky with the weather and we followed ski tracks right the way up the next hill we affectionately nicknamed 808 due to its height, the others names during its lengthy ascent are not fit for posting I can assure you... Looking over west we were getting some cracking views of various corbetts and the Assynt munros. So over 3 hours into our hangover blitz Ben Klibreck finally came into clear sight and the shear beauty of this mountain made it all worthwhile! A break for lunch was called and we contemplated the final push...30 minutes later we got into the spirit of things at the trig point! The return journey proved to be a test of endurance due partly to a failed short cut resulting in the use of an ice axe and the type of terrain which at times engulfed you to your privates. no matter how many times this happened to the other person though it remained as funny as the first time! Army humour never leaves you!

True about the Army humour, that's for sure! Some nice pics there - looks a great hill in snow!

Love the shot of the hill covered in snow - almost symmetrical.

It doesn't look too steep from the photo but its a fair slog to the summit, I suppose they all look a doddle until you get into them. Drumochter 4 next week!

sid0995 wrote:About this time Siborg was convinced car thiefs were working in the area and had just entered my car about 3kms away...they weren't but it pays to be paranoid in such a high crime area!! lol

I expect we'll be seeing Ben Klibreck on the next episode of Crimewatch then! Looking forward to that. They might even start a feature called Hillcrime - Munro of the Month!

Nice report though - love that "pyramidal" shot of the hill too - quite surreal. 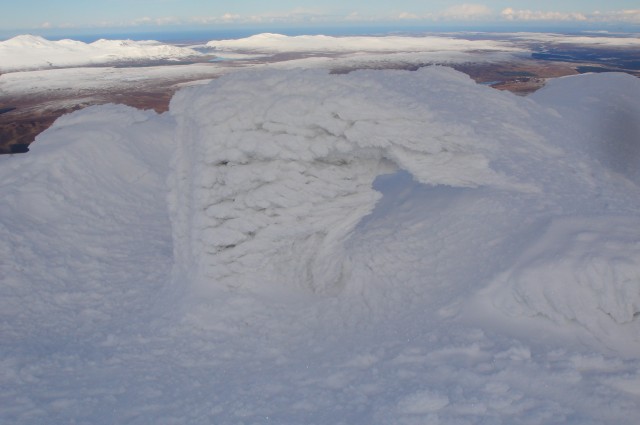 From 3 km away it really looked like a group of neds were trying to jimmy the car door, the best part is Sid said, `Do you think we should go back down, am no insured for theft`.

We decided to keep walking.

Later we found it was a couple of guys who were on ski`s dropping a car off at there proposed finish point.

I can only appologise for my PC skills, as the photos I put up are not in order.