Another stunningly beautiful day made better for the short but worthwhile company of Chris. It's amazing how you meet folk whilst out on the hills, some are grumps, but many are great and you find yourself chatting about hills and Life in general. And this is what happened.

I parked at the Succoth car park and did my faffing about as usual. Parking ticket, got drink, got food, phone off, car keys in safe pocket, car locked. Did I lock the car?... I end up checking twice, just to be sure! So did Chris. We said hello to each other and set off at the same time so we started chatting as we headed for the path across the road.

We both had the philosophy that the day would take as long as it needed and weren't going to ruin it by rushing up through the woods. I'd hurt my knee a few days before and whilst it had felt okay on a few gentle walks I wasn't going to risk anything. Mentioning this to Chris he recommended I get a neoprene knee support, rather than the tubigrip type bandage I had been using to keep my knee warm, as it sounded very similar to the pain he got. I vowed to remember it.

Chris checking his GPS, with The Cobbler in the background 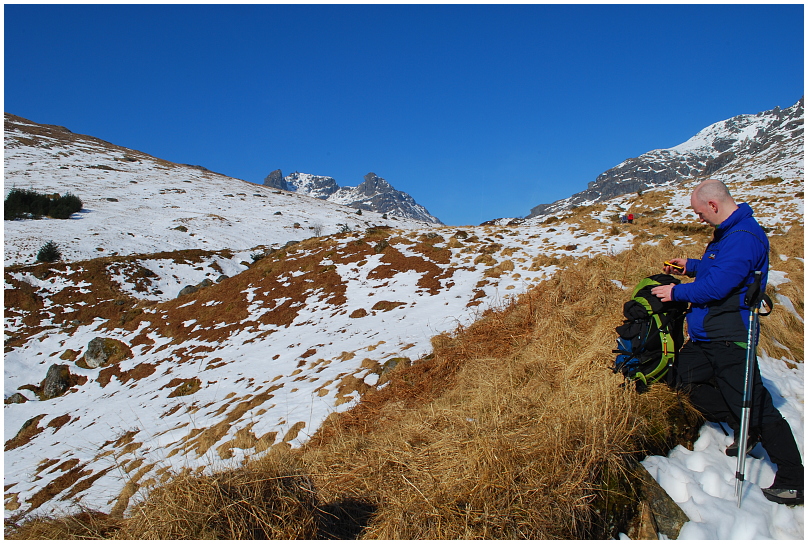 As you climb out of the woods onto the open hillside following the buttermilk burn (Allt a' Bhalachain) you get sight of The Cobbler (otherwise known as Ben Arthur). Chris was heading up the left hand ridge and either onto the top or round the back and then up. So we said our goodbyes when he wanted to cross the burn at the dam.

The Cobbler just gets better! 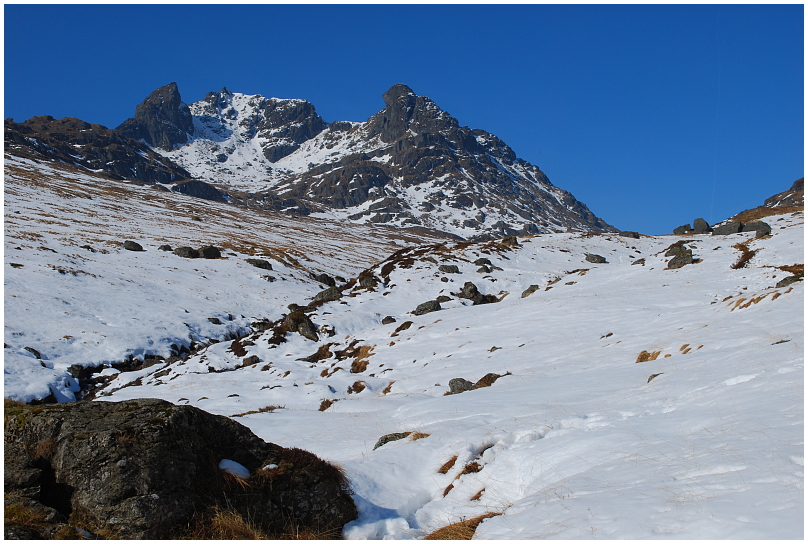 I carried on following the 'bobsleigh' path through the deep snow on the Narnain side of the burn taking care not to push my knee too fast. It was a gorgeous day.

Looking behind me was pretty good too. Ben Lomond and the Ptarmigan ridge 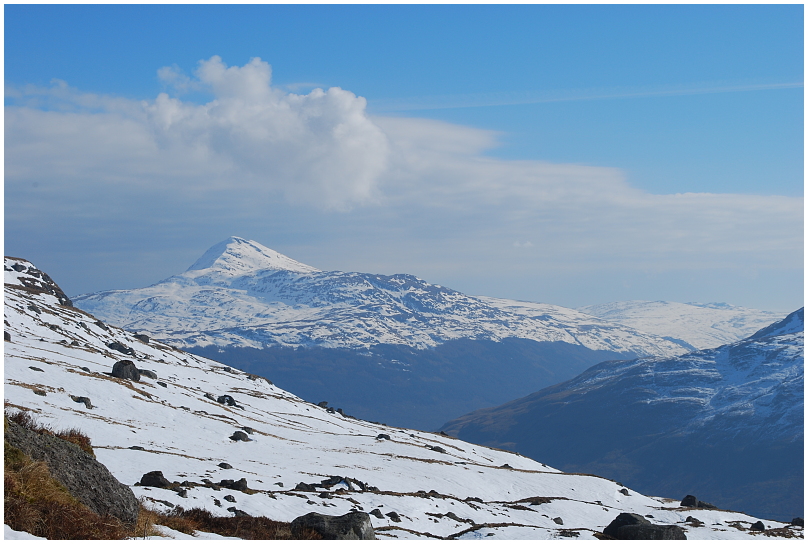 The 'bobsleigh' path to Bealach a' Mhaim 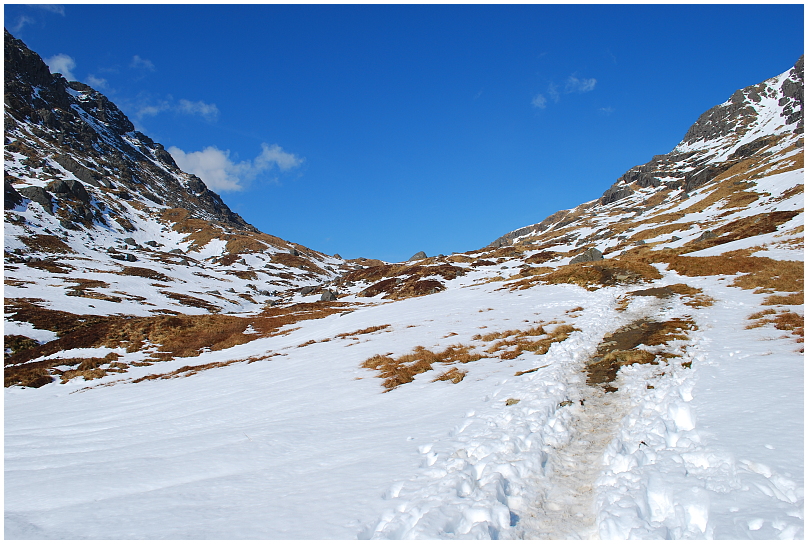 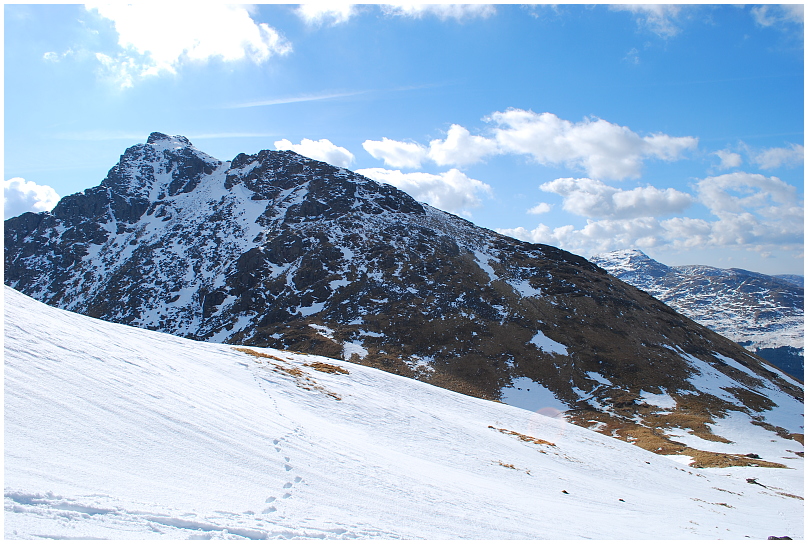 Time for head down and get up those slopes 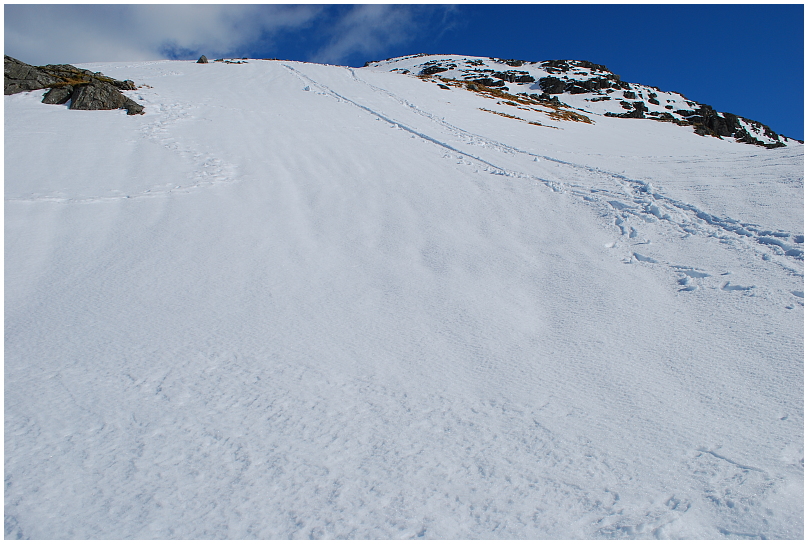 I chatted to a guy coming down about the snow and he thought it was pretty well consolidated and good, which confirmed my inexperienced and rudimentary investigations. Phew!

Anyone would think this was about the cobbler rather than Beinn Narnain! but what better way to see it than from another mountain?! 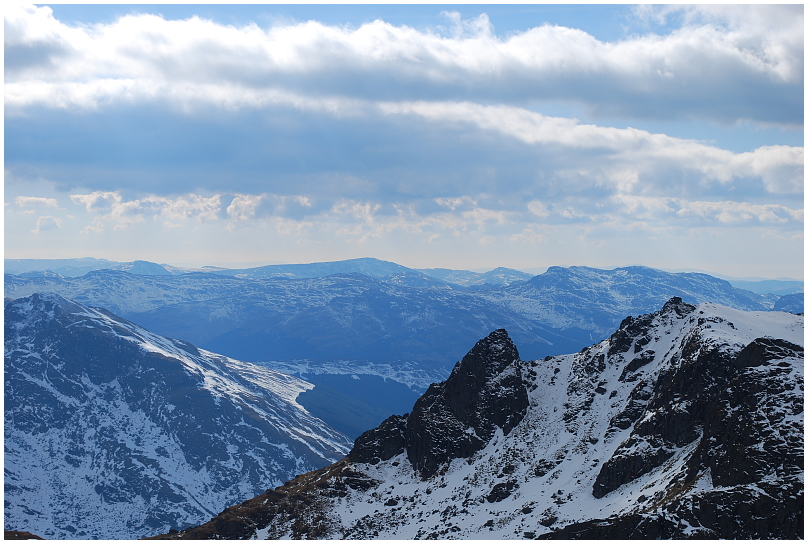 There's not much to say really about Narnain's upper slopes. I was too busy just putting one foot in front of the other in a plausible manner. At some point I put my crampons on. I didn't really <i>need</i> them but did so for the security.

At last the trig point and the summit is mine! 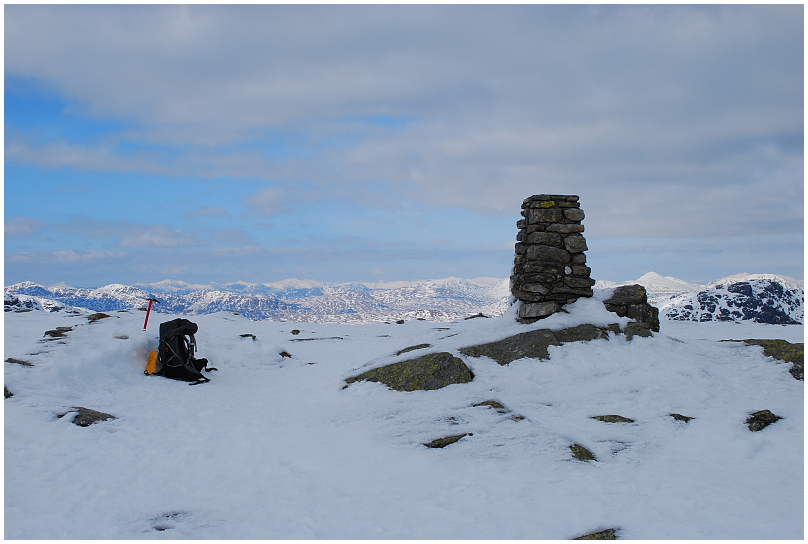 Looking down at the Spearhead and south east ridge 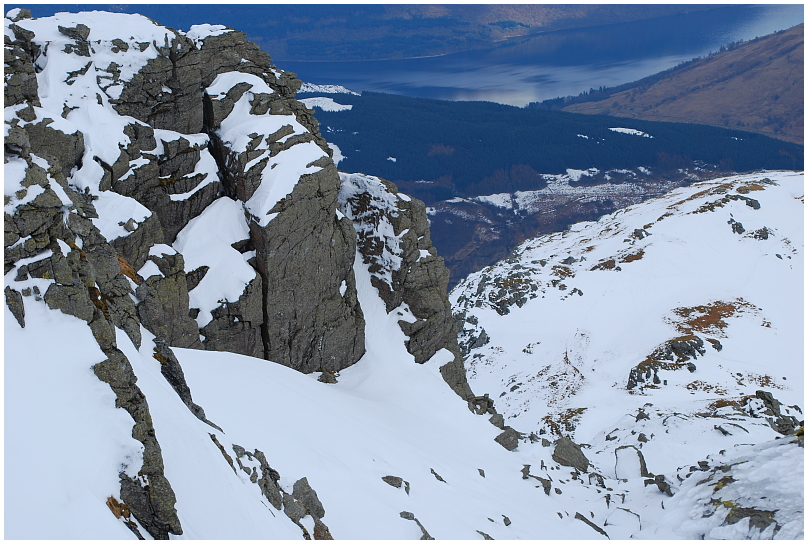 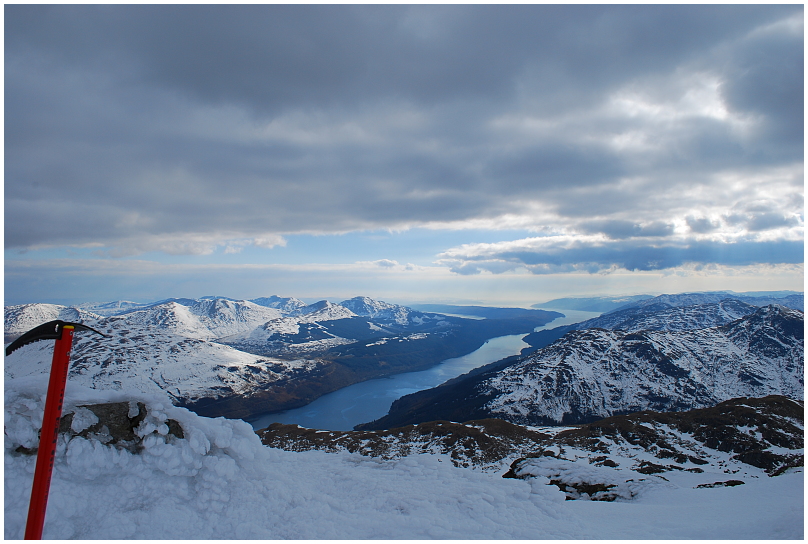 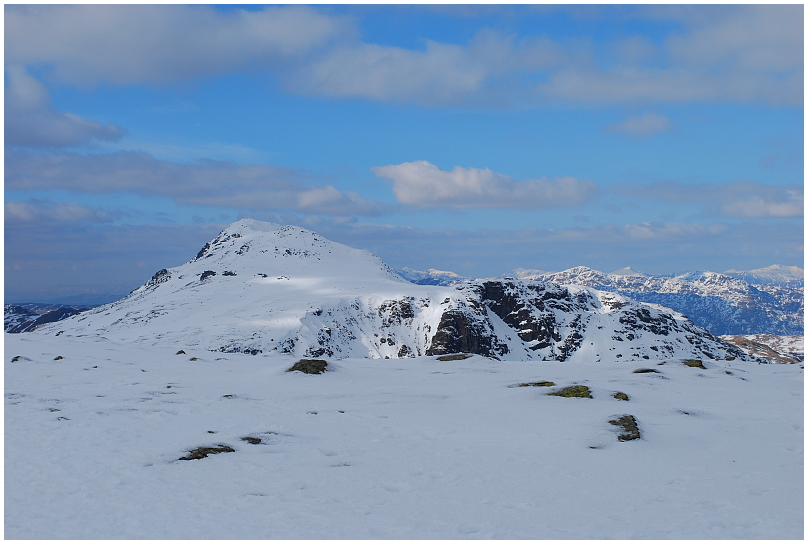 Of course, getting to the top is only half the job. Getting home again safely is a pretty good idea too. So I took it very easily on the way down. 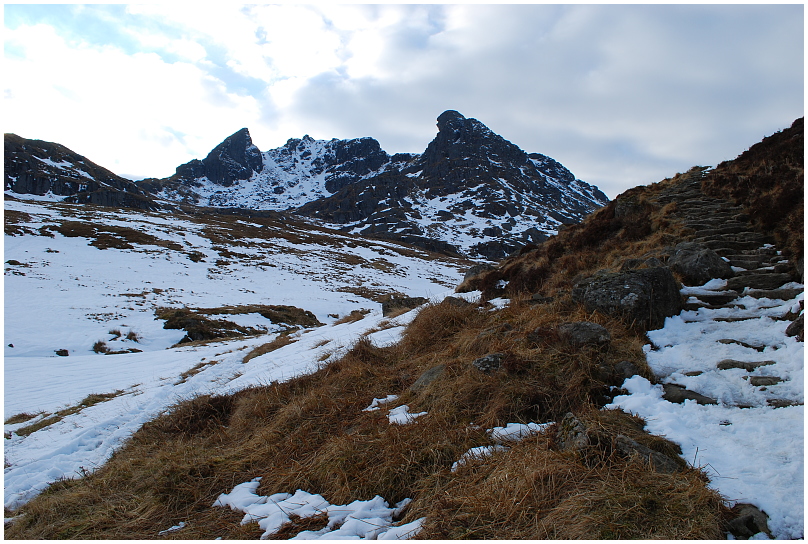 Enjoyed the pics! Very crisp and sharp, looks like it was a fine day for you.

Agree with stretch, great photos. Sounds like you had a fantastic day.