Travelling from the Lochearnhead direction, take the A827 to Killin. Drive through the village, over the falls to the other end of the village. Drive past The Bridge of Lochay Hotel, drive over the bridge and take the next left. Stay on this small road for approx 12 Km, passing a power station on the left, and driving along the River Lochay on your left. The road eventually ends at a crossroads near KenKnock farm. You should see the large water pipes in front of you and a small bridge with a gate (which is nornally closed). There's plenty of room to park a car here.The track heads further west. Ignore this westerly route. Instead you will see another track and bridge over the river lochay, heading south. Take this one.(ref-466364) 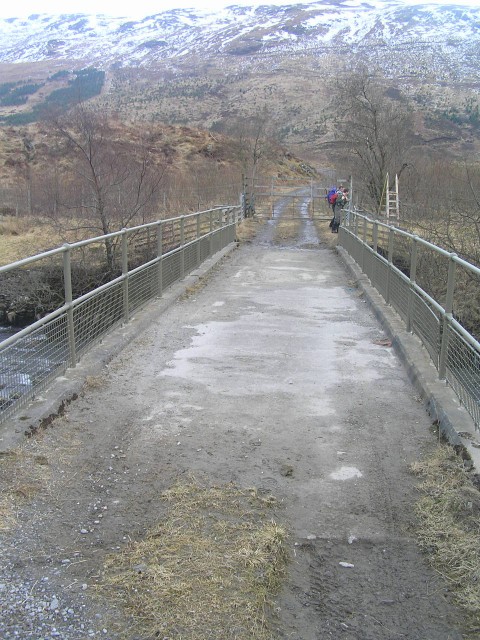 Go over the stile, and follow the path, heading in a southerly direction.You should see it snaking up the hill. After about 1/2 hour climbing you should come to a small pump house, which marks the end of the track (466356). 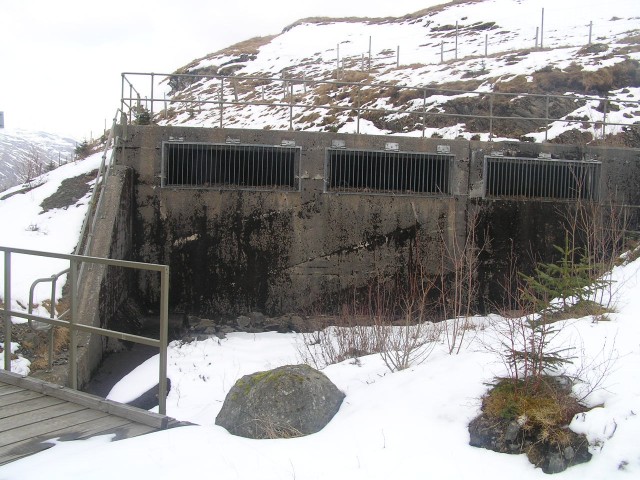 Climb over another stile, and head towards the edge of the forest corner, then head due south. Keep climbing slowly in a southerly direction. The first section is a bit boggy (even in the snow) and rough clumps.Visibility was poor, and snowy underfoot.Keeping south means you cant go too far wrong. Eventually after a couple of hours, you should reach the top of the broad ridge. There are essentially 2 false summits at the top of this ridge. The last one at 921m is the one to go for (463318). Be wary in poor visibility there's a wee drop directly south from the top, so dont head that way. 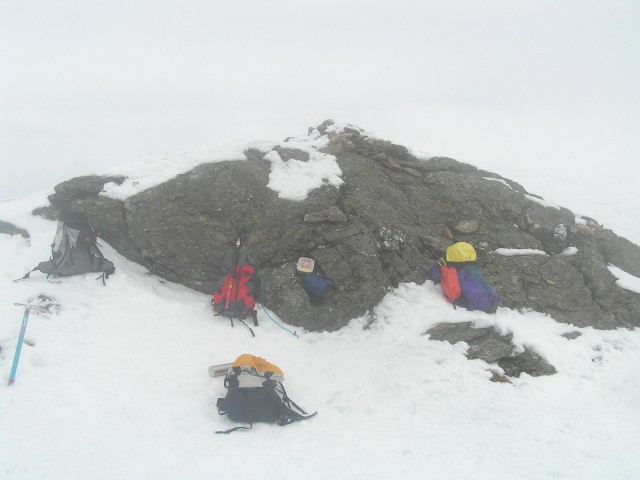 We hung around at the top for a while, to wait until the weather broke. After some time we were rewarded with some views of Stob Binnein and Ben More in the distance. 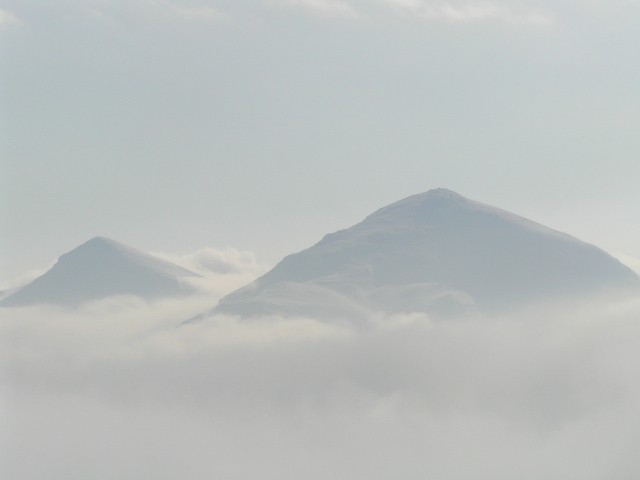 Coming down with the weather breaking, we saw what was climbed, and evidence of some avalanche in the distance. The snow was starting to melt, and can only be presumed near the last of the winter white stuff. All-in-all it turned out a good winter day (even if the weather did take its time to sort itself out!). This walk could probably be done in half the time in 3 or 4 hours. We just took our time in wet snow and poor visibility in the beginning. As you start at 200m, it makes it a decent wee hill with a bit of a head start! Look at including Meall Glas for a good summer walk! 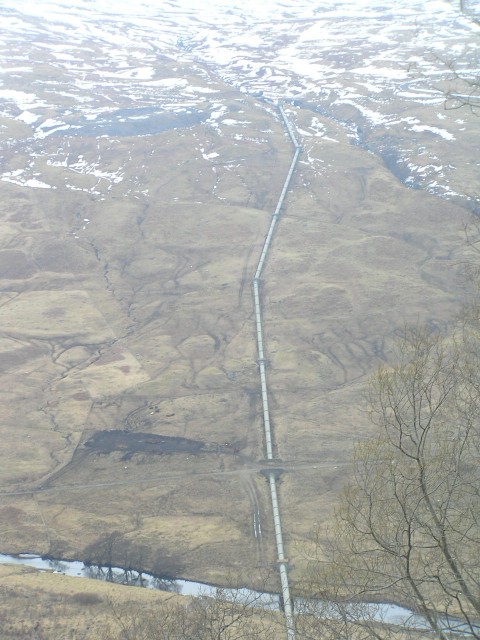 Good info there, thanks for that..

Why's there no snow on Ben More and Stob Binnein in your pic?

Yeah, it does look like there's no snow...however that's the effect we saw on the day. Some trick of the light I guess.

Oooh I might go that way. I climbed Meall Glas from the south (boggy as anything!) and wimped out of the steep down and up that links it to Sgiath Chuil - and not sure I fancied the bogs again!

I did Sgiath Chuil and Ben Cheetah and his mate from the Glen Lochay side and would certainly recommend Ben Cheetah et al that way. Can't say I enjoyed Sgiath Chuil at all - it was just a long, wet and steep slog in bad weather. But I wouldn't dream of linking the 2 walks together although I see it's suggested by a lot of books and others have - it's just too much effort and too much of a drop between them! I also thought Ben Cheetah and its Munro made a nice round on their own from Glen Lochay... Keep meaning to put out a report for it...