Corbetts included on this walk: Beinn an Lochain, Ben Donich, The Brack

Beinn an Lochain, Ben Donich and The Brack

Rest and be thankful on A83


1.gpx Open full screen  NB: Walkhighlands is not responsible for the accuracy of gpx files in users posts


Parked up at the rest and be thankful, and come 9am we were heading up the A83 towards Beinn An Lochain’s NE ridge. Pass the end of Loch Restil by 500m and then headed up and on to the ridge climbing up the crags till we found the path. Once on the path we quickly gained height and the views of the surrounding hills quickly came into view. 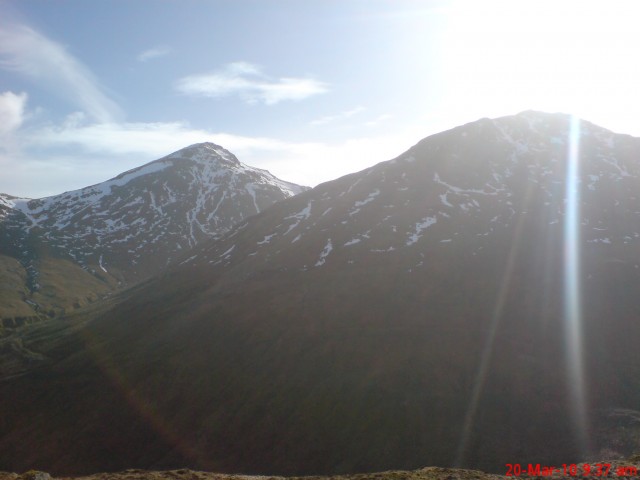 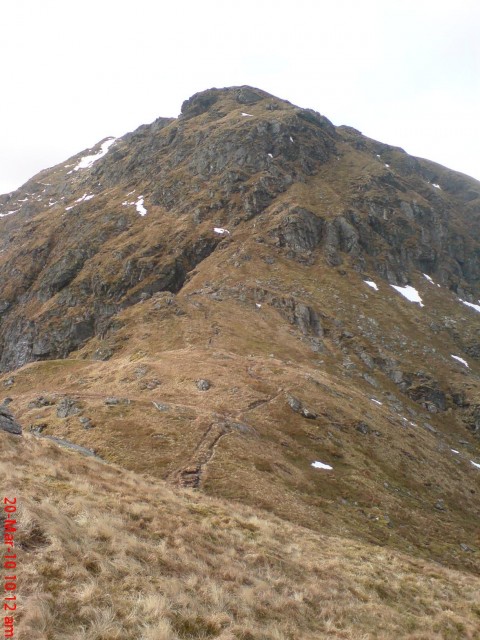 I never expected the ridge to be so exposed in parts very narrow in bits with. Steep drops every now and then. We eventually reach a false summit, and then the true summit came into view. 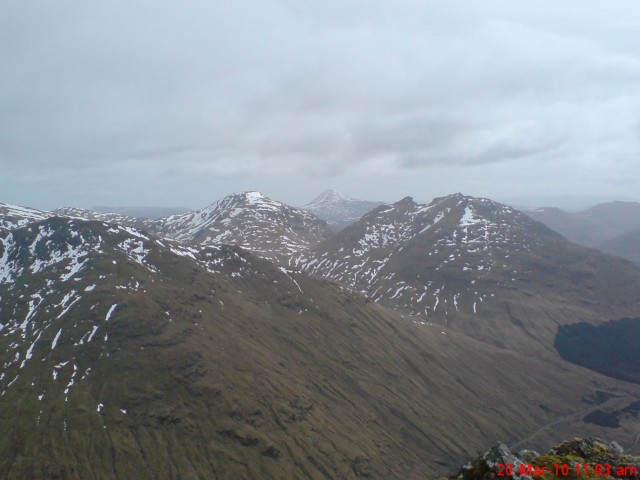 Weather was holding, and the views were fantastic, and the NE ridge, well we were just so happy we decided on that route. We would highly recommend this approach.

Now we headed for Ben Dorich, heading S for 600 m then SE down the slopes till we reached the rest and be thankful car park, we then headed about ½ km SW up the B828 then cut off at a forest track at the wood edge to start Corbett no2. Soon we were coming out the woods and were gaining height up the ridge. Towards some crags about halfway up, it was about here that a bit of scrambling is needed on a short down climb section before the final steeper climb to the summit. Views again were still superb. 5mins rest and to savour the views and we were on our way. First heading down the grass/reed slopes (very slippy) then on to the steeper crags that we had to slowly pick our way through until we reached the Bealach at the foot of the Brack. 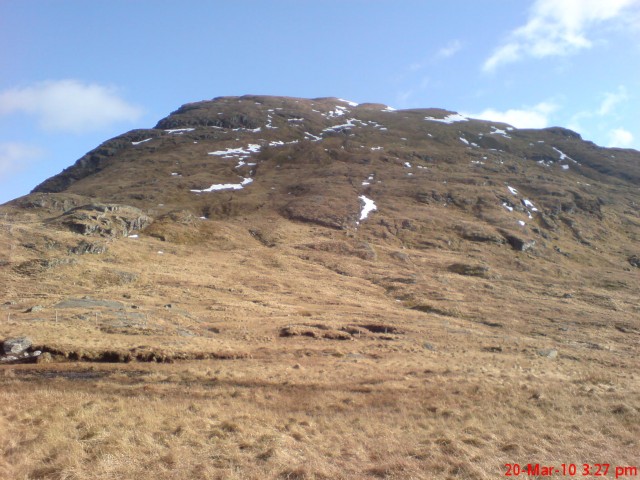 It was at this point we had to decide if we were to carry on and do the final one. The day was still fab weather wise, our energy levels were very low and the legs were aching , we both felt we had little else left so we decided to carry on as you do…….. 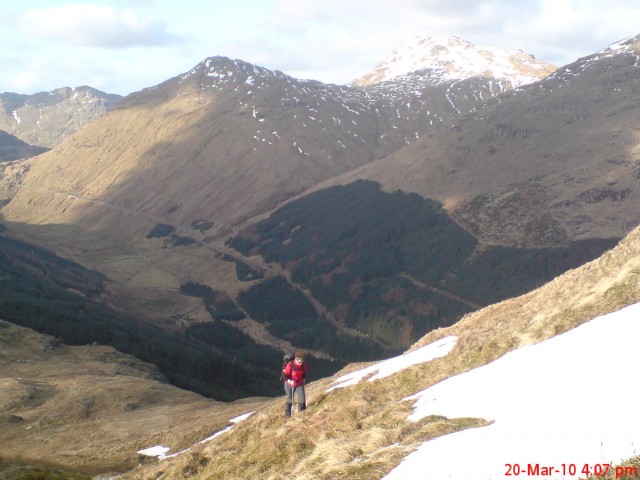 We follow the burn as far as it goes then dodging some crags we are soon resting at the summit with views to die for. All around to Ben Lomond, The Cobbler Beinn Narnain and to the North…. Ben Lui and Ben Oss. To the southLoch Goil and loch Long Heading down hill the last of the snow was of some comfort to the aching joints, we descended the snow plates as much as we could till the Bealach was reached. Then we headed for the woods at Glencroe and headed back northwards to the car.

At least the weather made up for the aches and pains that followed.

Useful report thanks. Still have two of these to do so useful to know snow conditions and that they are "dog friendly".

Ouch! There's a leg crunching amount of ascent on that! Judging by the reports I have read on here, I don't think many people even do Ben Donich and The Brack together, never mind the 3rd one. Looks like a great day out though.

Hi Dave,
Another good walk with some excellent pictures. Your certainly getting around. Well done

Thats the trouble when plotting a route from home, always seems to easy to add ""extras""
The plan was to do the 3 though, and if it was to much we would have finished at the Bealach and headed for the woods at Glencroe.It was the weather made the day, and also helped us decide on doing the 3rd one.
In the last few weeks we have done a few ""tough walks""and i have noticed our fitness levels seem to have increased dramaticaly.
Looks like long tough walks will be a common thing with us.....