My original hill plans for today were put on hold when I had forgotten to set my alarm and overslept. Rather than miss a jaunt out, I looked for something closer to home and choose my old faithful hill Tinto. I've climbed Tinto many times, from the North and South routes, but today I wanted something different and decided on a circular route, starting from the north Tinto car park, ascending from the west ridge and returning on the standard north track.

Since i was doing something slightly different from the 2 standard routes, I thought it was about time I post my 1st walk report

Tinto2014-03-02.gpx Open full screen  NB: Walkhighlands is not responsible for the accuracy of gpx files in users posts

Starting from the Tinto car park off the A73, head along the road which initially runs parallel to the Tinto hill path, heading for Lochlyoch: 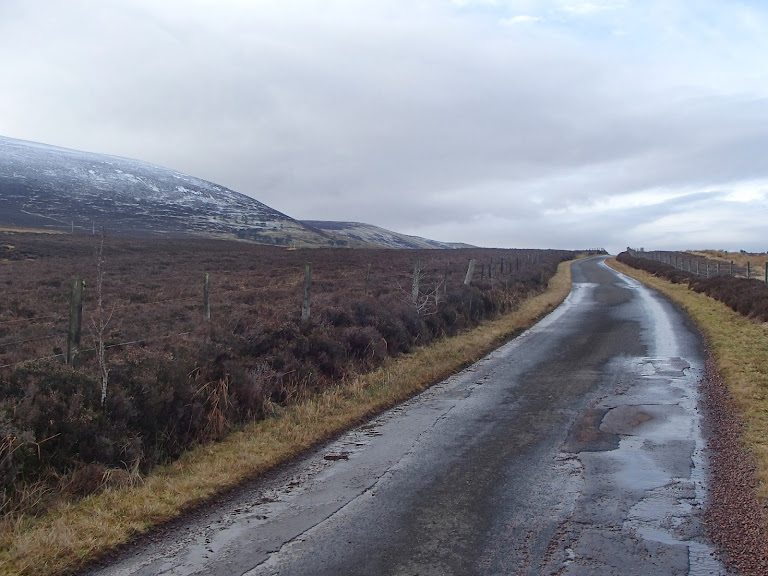 Passing through the trees at Woodend: 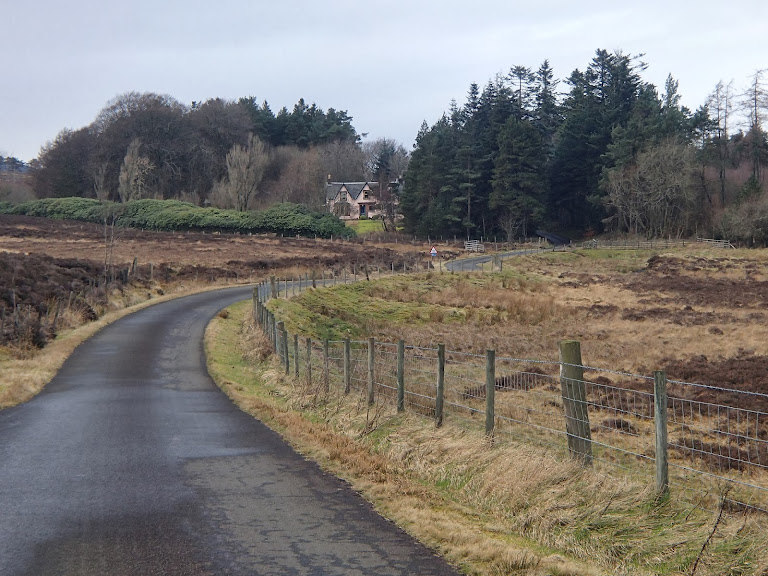 To the left of the road, a view of Maurice's Cleuch: 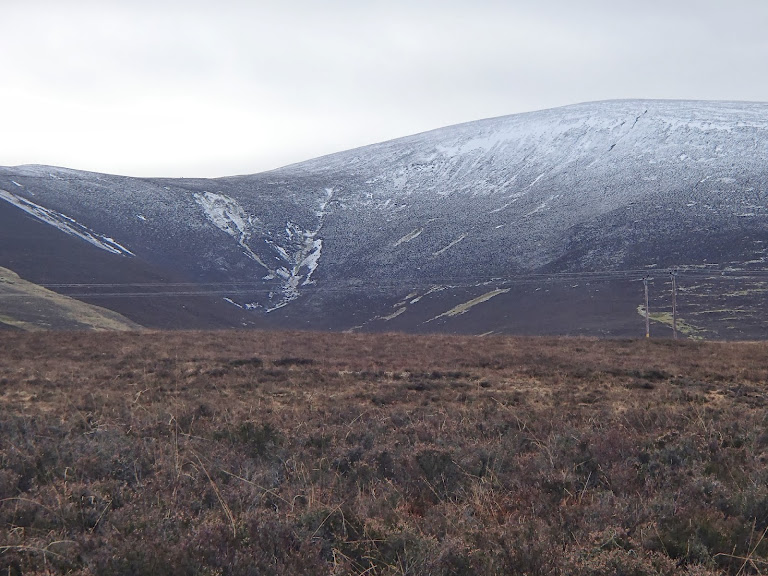 At a fork in the road, the left goes to the Lochlyoch Reservoir and Trout farm, however, follow the road to the right, going through the farm: 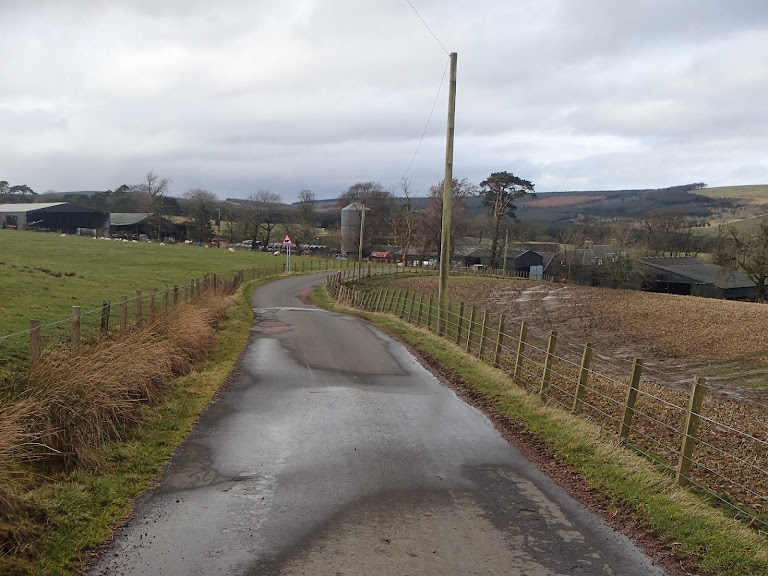 The road continues on the other side of the farm, following the Lochlyoch Burn: 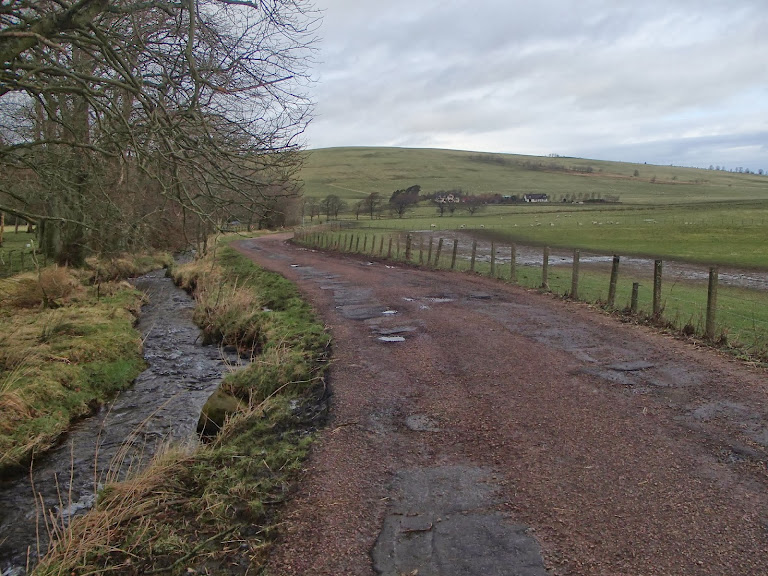 Take a left at the junction, heading for Howgate: 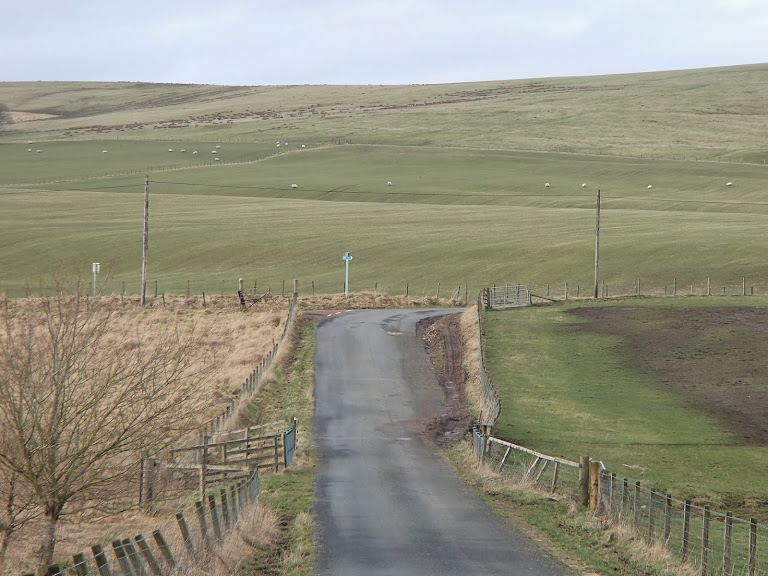 Looking across to Tinto: 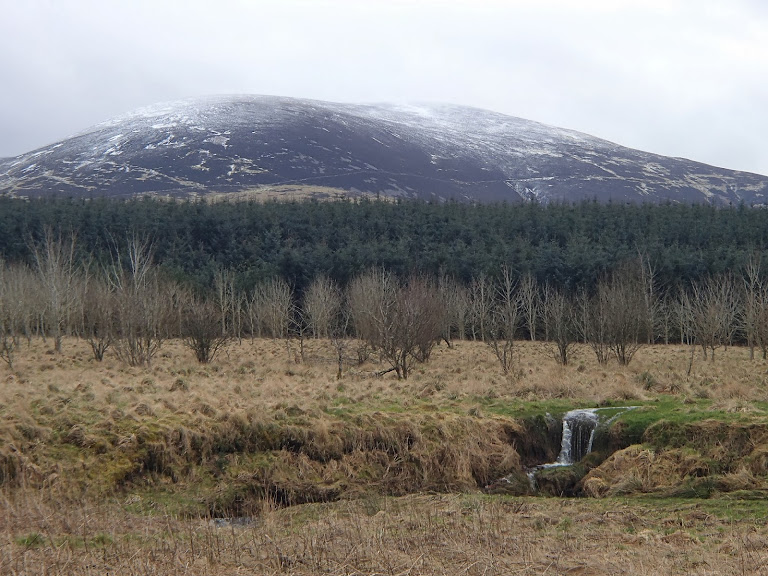 The road passes by a small farm: 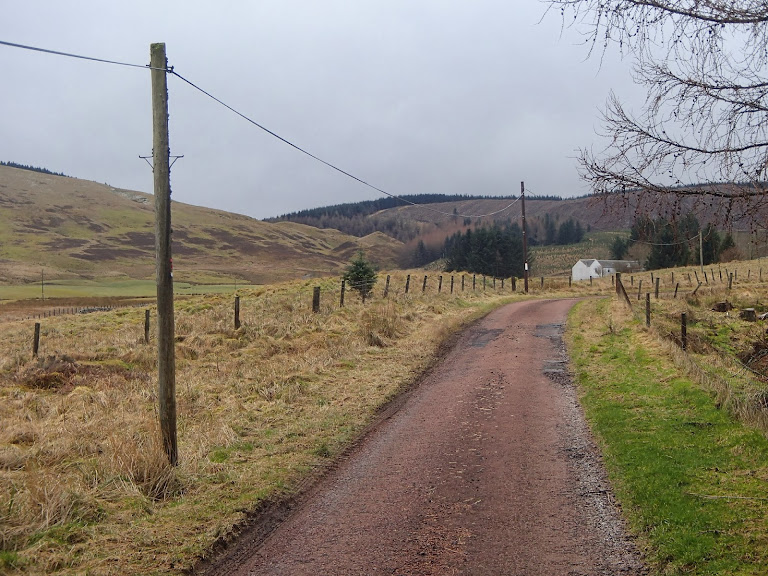 Continue past the farm, through a gate, onto a trail: 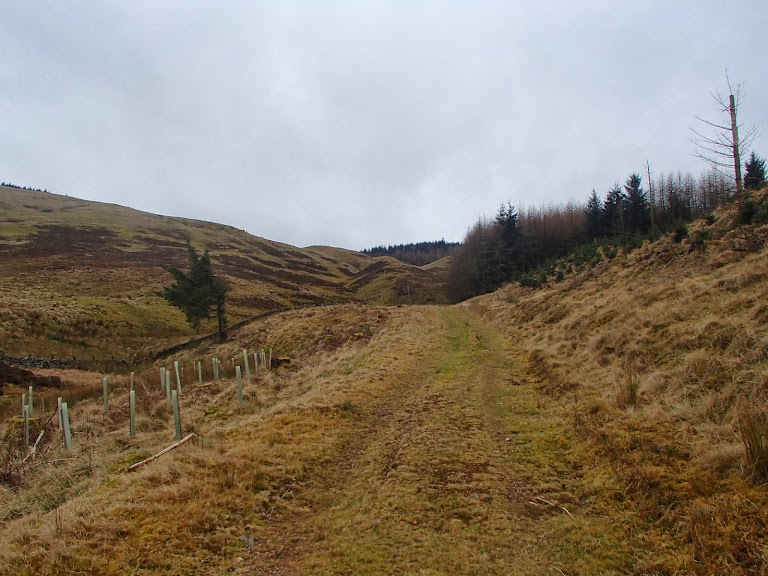 After dodging the obstacles, I took a sharp left at the gate, following a dry-stone wall and fence, gaining height heading for Lochlyoch Hill: 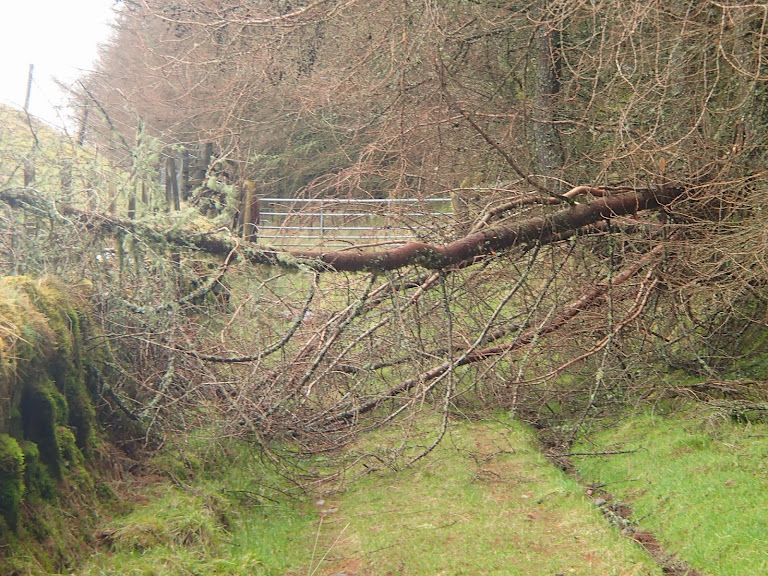 At the edge of a forestry plantation, a wobbly style takes you across the other side of the fence to continue: 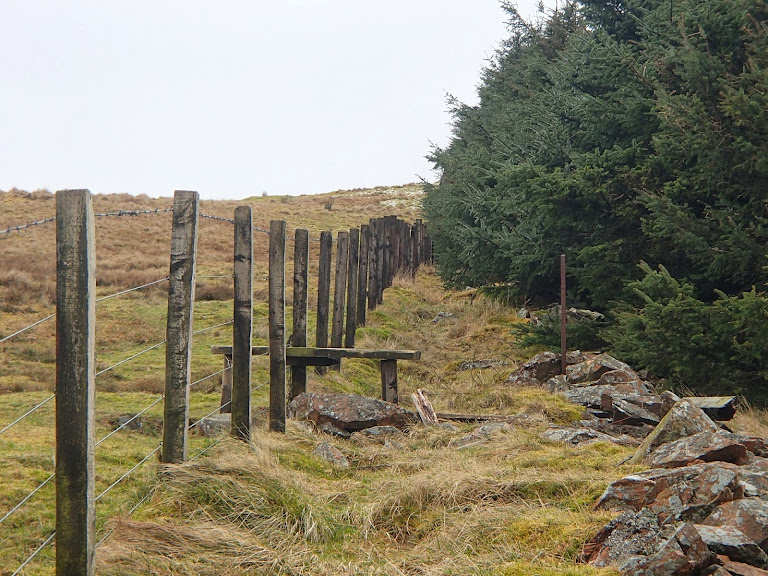 Looking back down to Howgate Mouth: 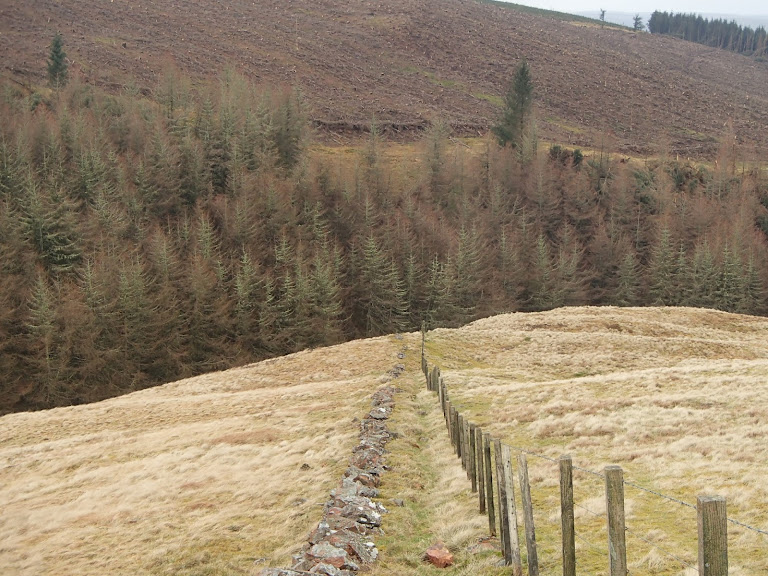 And looking on towards Lochlyoch Hill: 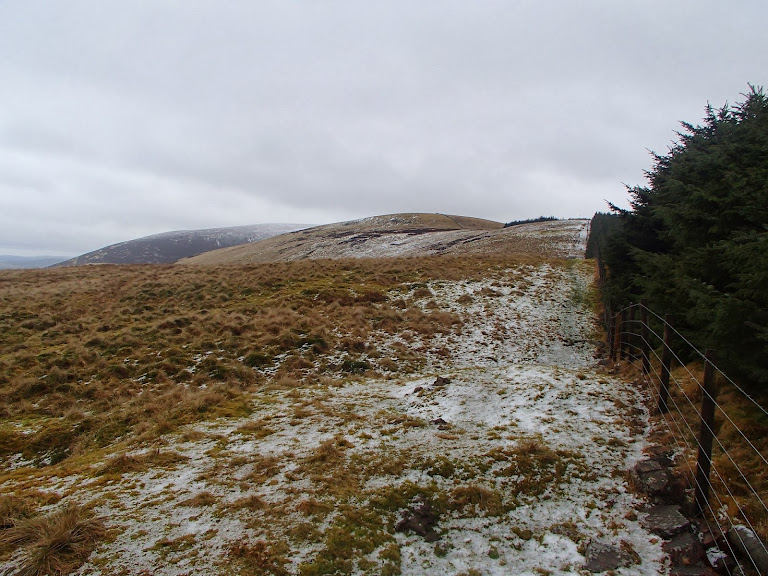 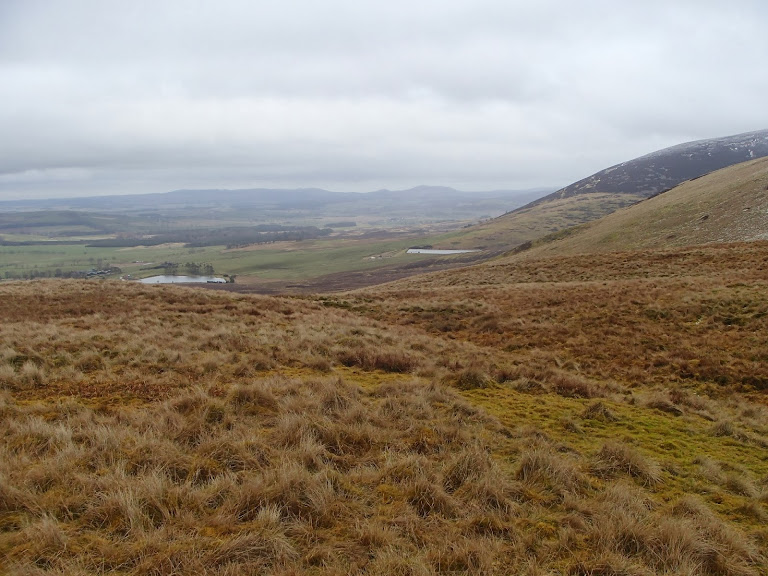 Some kind of mast ... a weather station maybe? on Lochlyoch Hill: 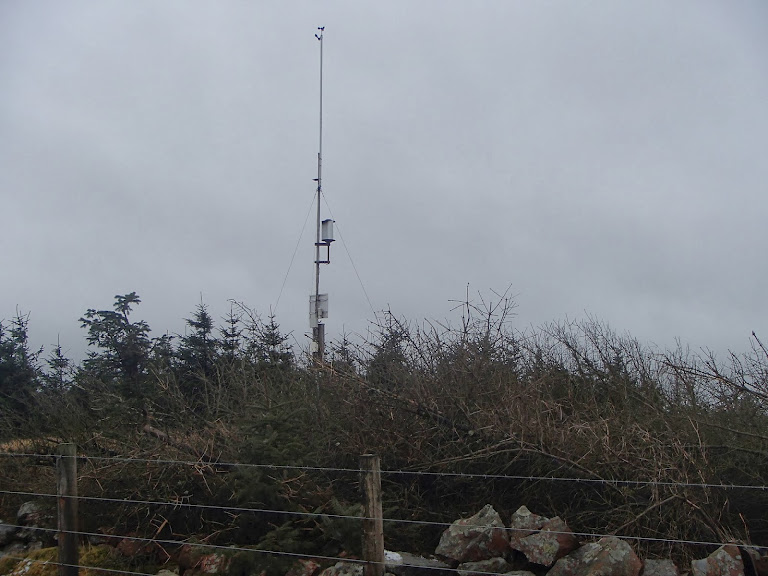 Heading on for Tinto. Navigiation is pretty easy, just follow the wall: 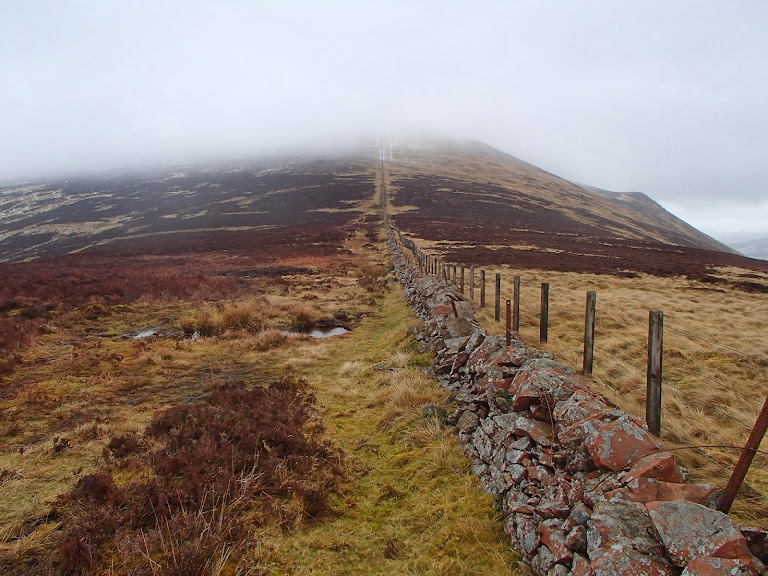 Continuing up Tinto and into the clag: 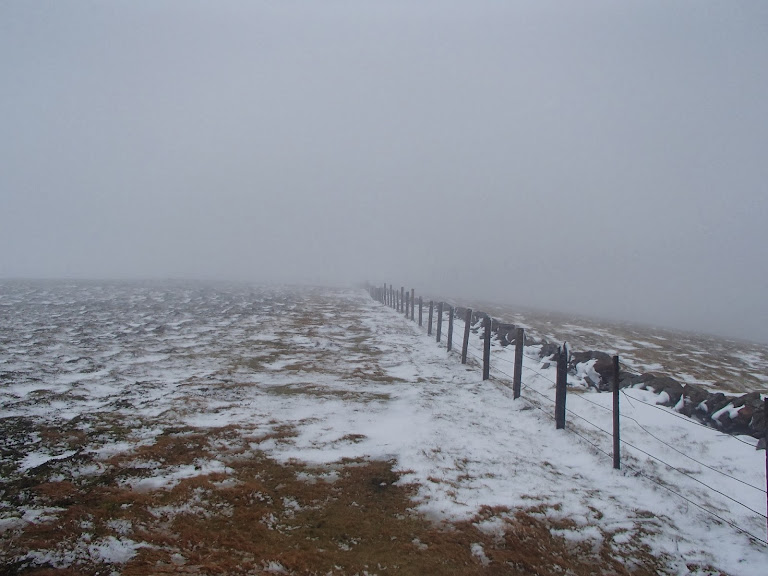 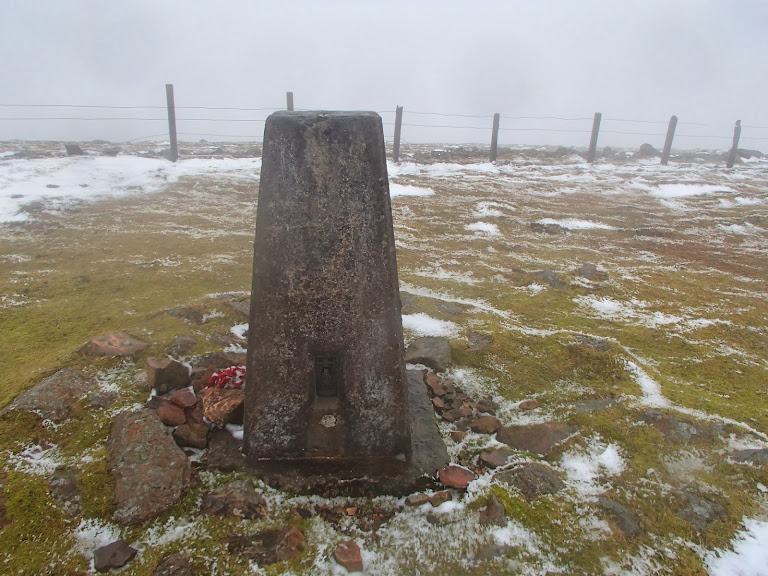 And on to the massive cairn and view finder: 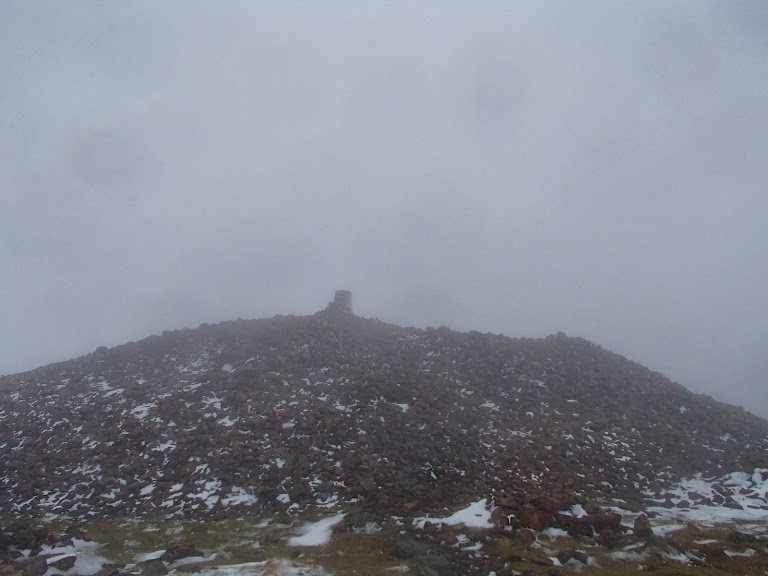 There wasn't much need to use the view finder today ... no views to be had in the clag: 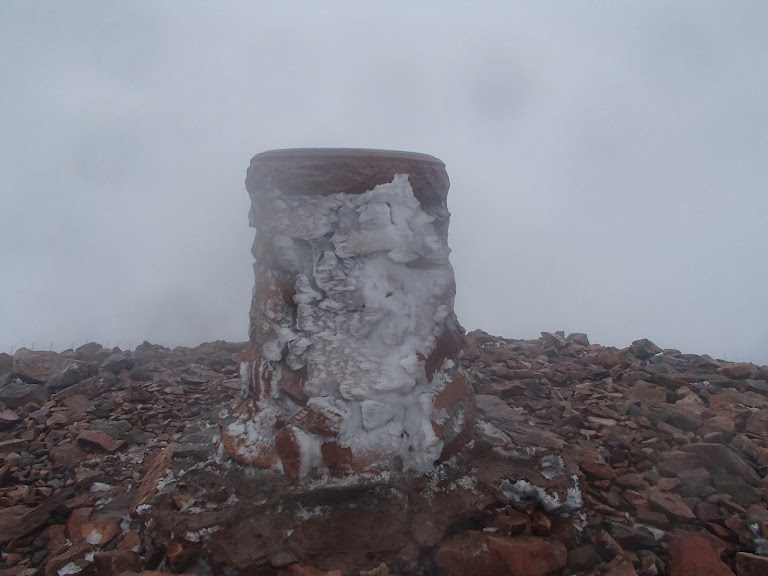 From the summit cairn, I followed the normal Tinto hill path for the descent: 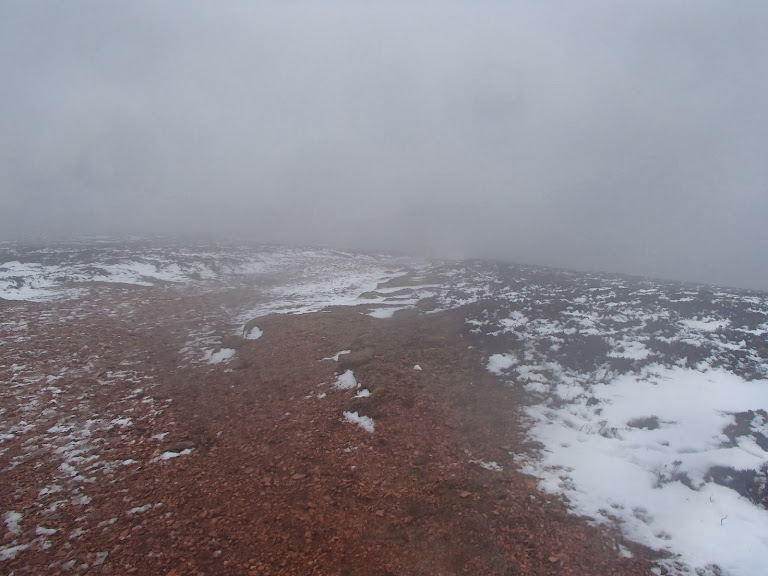 Almost back to the car park, and navigating the muddy paths which have been churned up into a quagmire after the recent rain: 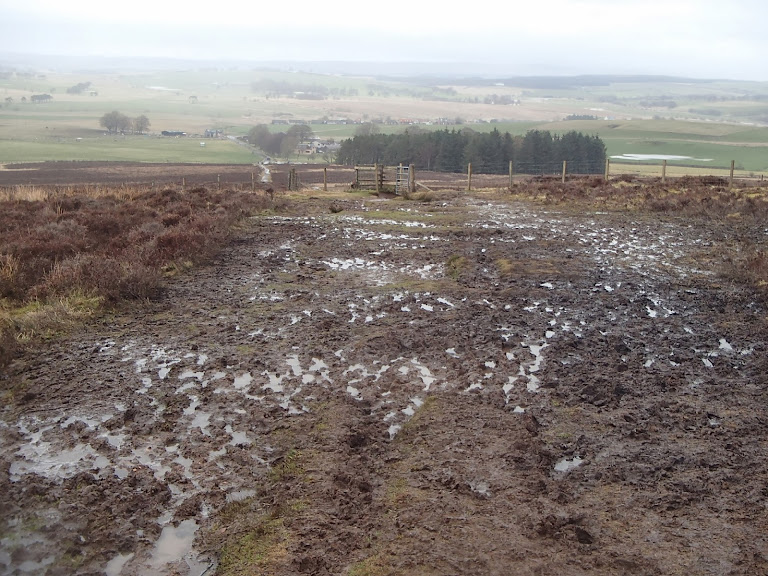 It was good afternoon out and mostly avoids the usual weekend hoards until the return.

Re: Tinto Circular via Lochlyoch Hill

Nice one SS, good to see one of my old local hills from a different angle. Wow that final section of the path at the base to the car park looks grim!!