4 Hills, no skis or jumping

4 Hills, no skis or jumping


Firstly a big thank you to "Rodmeister" once again your detailed routes were utilised.
After more careful planning I had planned to make the most of a superb day weather wise.
Leaving Inverkeithing just after 8am first Sub 2000 on my list was Moncrieffe Hill near Bridge of Earn, there is a parking area for walkers, dog walkers & anyone else who wants to get off their backsides, however the track which is probably about a mile long to get to the parking area is in need of some TLC. I tried my best to avoid the biggest potholes but it was certainly challenging, if your car has firm suspension or been lowered this is not a hill for you The walk is well marked out, I was only interested in the summit so the other paths will have to wait for another day. The views are certainly worth the little bit of effort required, one hours & 10 minutes up & down. The spot is very popular with dog walkers so pick your day carefully because there is only room for about 10 cars. So it was time to get my kit off & on to my next hill Cairnie Hill, near Lindores. The Lomonds very distinctive from north and south. An example of the terrain, it is possible to drive very close to the summit, if you have the right sort of vehicle. Normans Law next port of call

Cairnie Hill is an absolute doddle, up & down in 45 mins, once again kit off & onto the next hill, Normans Law.
This was where things didn't really go according to plan, I parked up at the gate between Luthrie & Brunton & set off, after probably about 30 mins I realised that Normans Law was still a fair distance away so I decided to return to the car & look for an easier/more accessible route, didn't fancy climbing barb wire fences.
Luckily when I got back to the car I met a local couple & told them of my plans, they advised me to continue along the road past Brunton & access Norman via the old coastal path route. The sign posts for the coastal path & Normans Law are covered up due to recent de-forestation (it seems wherever I go I come accross tree stumps & debris). So parked the car in a very muddy spot my white trainers were no longer white. There was no sign of any Forestry staff, in fact I didn't see anyone at all. The bottom part of the route was a bit muddy due to recent vehicular activity, but I was on the summit in just under 30 mins. The car parked in the mud, not too far from the summit 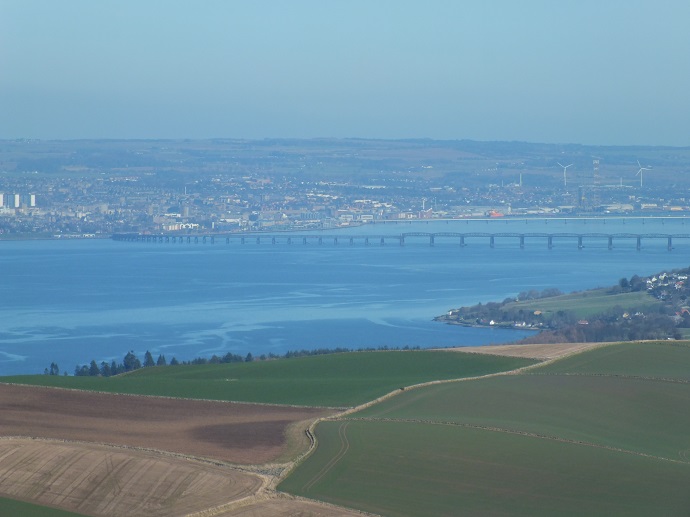 The Tay west of Dundee 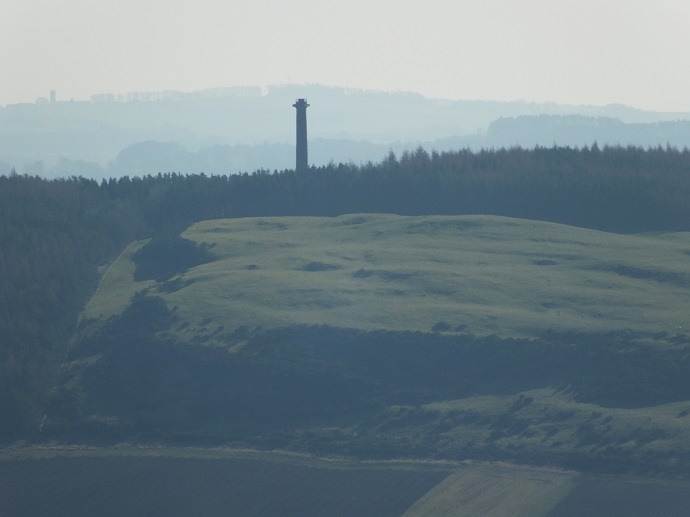 Mount Hill next port of call

So after a much quicker than expected trip up & down Norman it was kit off again & off to Mount Hill just north of Cupar. Parking, very limited as you can see Cupar through the trees, not great views from the summit due to the tree line in all directions.

Mount Hill was also very easy, fairly good path all the way up with sign posts, up & down in 45 mins.
After a very enjoyable day it was home for a well deserved shower, it is great to walk in March in a short sleeved T shirt. One thing I have improved is the speed of putting on my gaiters, gone are the days of putting them on back to front

PS: For those who never used to watch "Ski Sunday", ski jumping used to be known as the four hills, hence the title

Re: 4 Hills, no skis or jumping

Looked like a good day, still to do the first three but was on Mount Hill in January. There were a couple of trees down just before the short climb to the top so assume they have been removed by now.

Re: 4 Hills, no skis or jumping

Hi there Fife Flyer, a fine day for getting the four done, plenty of variety there. Hoping the weather holds for tomorrow, as I'm getting out to play! Might meet up with you at the March meet in Assynt, hope good weather stays that long.