Ben Hope - Akin To Having Your Parents Turn Up Unannounced

Ben Hope - Akin To Having Your Parents Turn Up Unannounced


Happy to see them but glad to get rid.

Myself and Leia when we were planning what to do for the WH meet decided that Ben Hope on the Friday, Conival & BMA on the Sat & Ben Klibreck on the Sun were a good shout, unfortunately it wasn't to be as our fitness or lack of put us off doing Conival & BMA and the wind on sunday put us off Klibreck.

We set off from dundee at 6am and headed north, stopping for breakfast in Inverness (Dobbies do a cracker for less than a fiver)

After the roads up to the frozen north decided to try and devour my car we eventually arrived at the starting point about 11am. 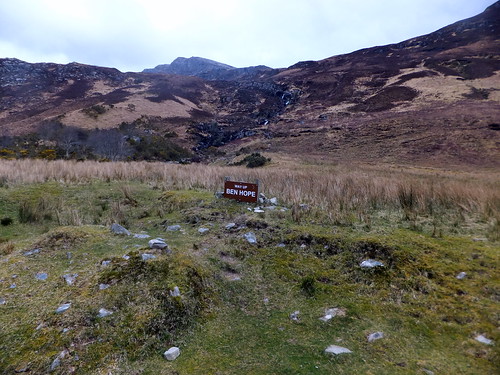 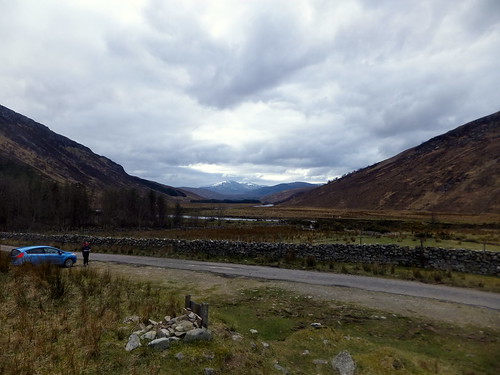 The WH report describes the ascent as "Short & Steep", no mention of the burning thighs and calves we were about to endure.

Thankfully there was no real clag or wind and we slowly plodded our way up, taking the time to look at the scenery. 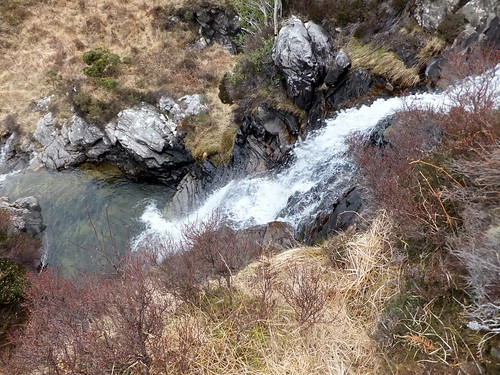 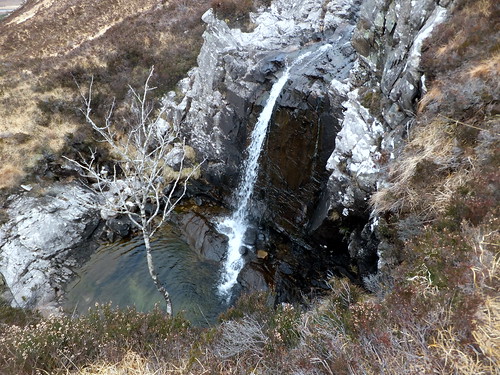 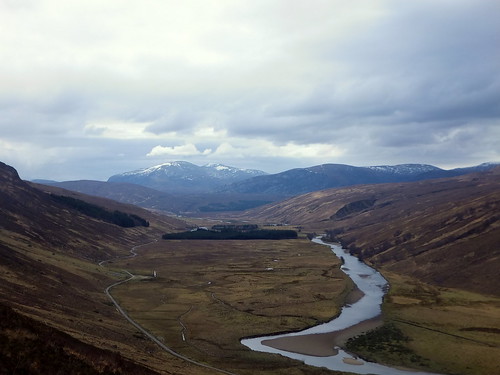 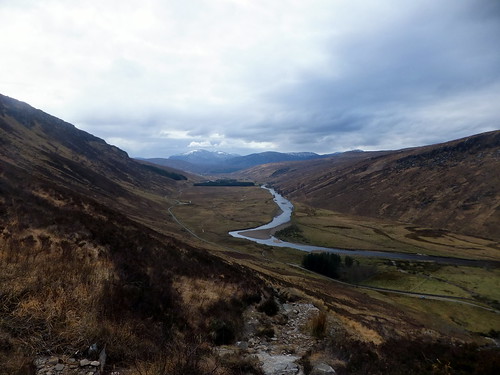 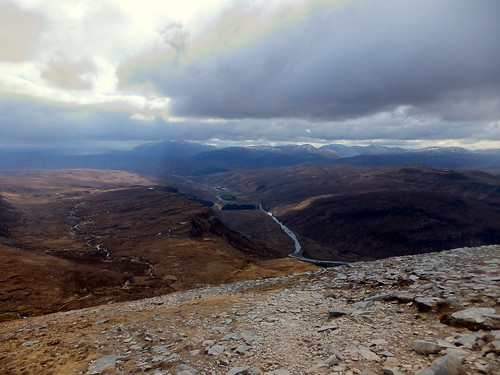 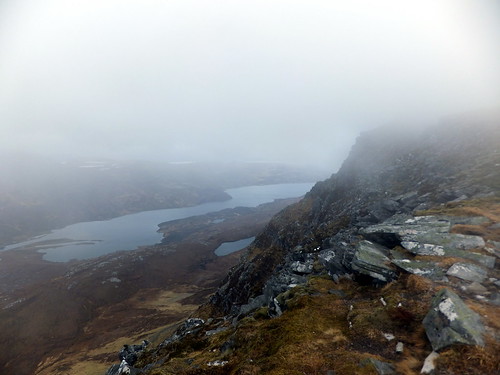 About 800 or so metres the clag rolled in but oddly and not something I've ever experienced, there was no real wind to speak of, just the odd snow flurry that last seconds. The pair of us pushed on and I could hear this cry, it was bugging me as I couldn't see what it was, turned out to be a Ptarmigan that nicely posed for me. 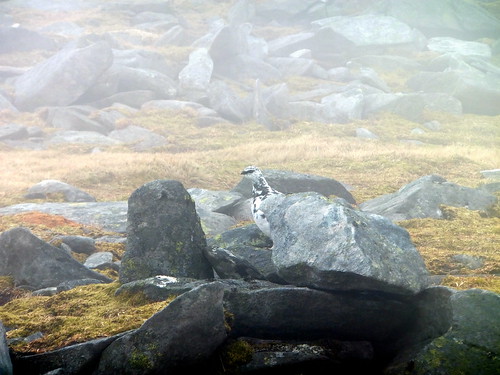 Eventually we hit the summit plateau, though the Summit trig point was still out of sight, when it eventually came into view, Leia shot off ahead to bag it before me. I was just glad that we had made it up 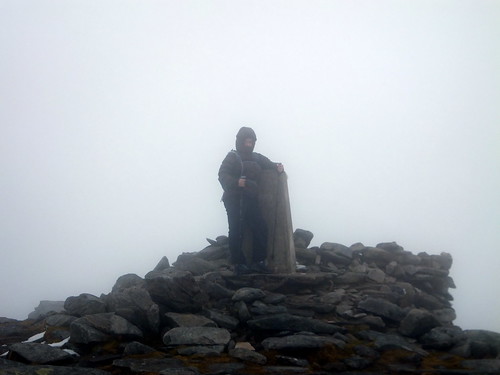 When we left the Inchnadamph lodge the plan was to go and do Ben Klibreck, however on the way there we decided with the wind as it was, we'd find a plan B, a plan was quickly formulated, Cairngorm, an easier up and down and neither of us had done it anyway plus it was on the way home. So with that, we followed the sign posts south, eventually arriving at the Ski Centre around noon.

We followed the path up and along the "Windy Ridge" heading towards the Ptarmigan Restaurant. Despite what it said about the place during the summer, in winter it's quite nice to see people out and enjoying themselves. The legs were still feeling heavy heading up but they were easing off. We hit the restaurant and had a wee rest here, just watching skiers. 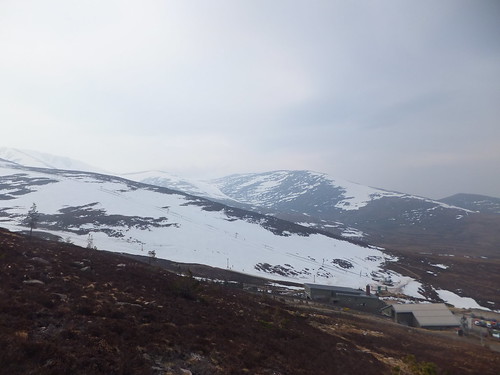 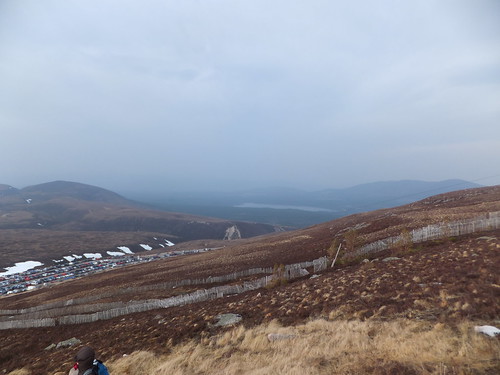 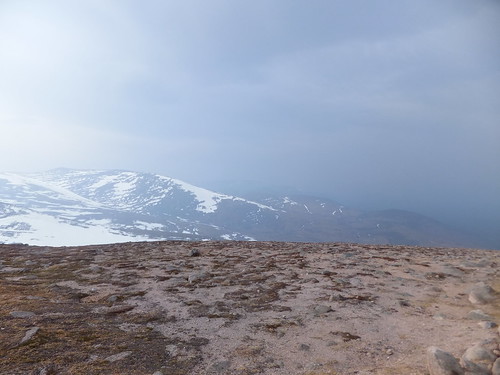 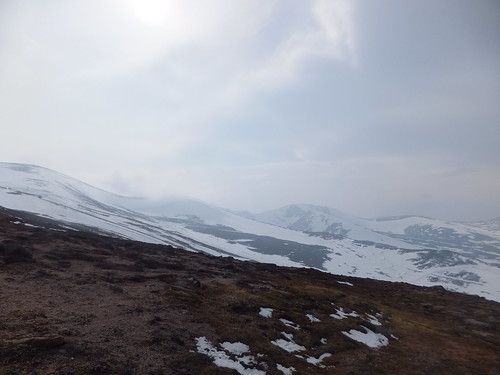 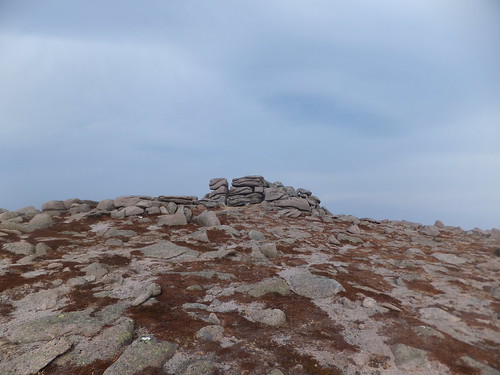 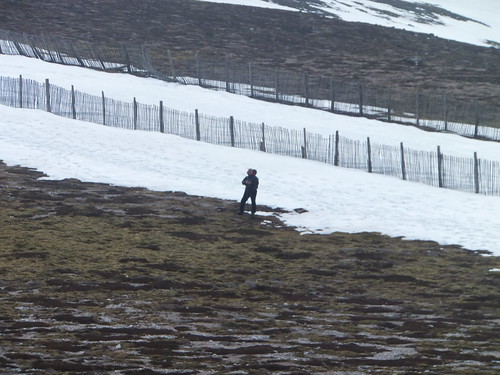 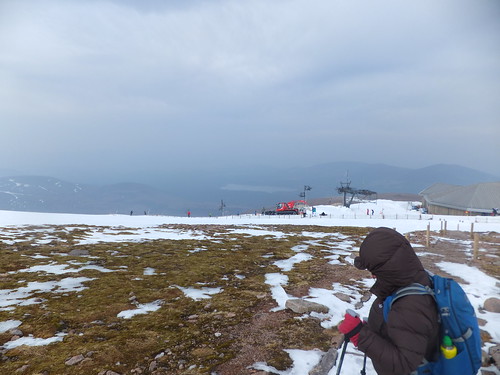 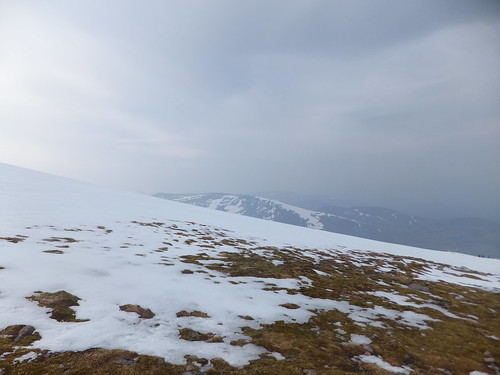 We then made the final push up towards the summit, a wee bit slippy, slidey but pretty good going. This was where Leia announced she was going to " Bum slide down". We hit the summit plateau and with a bit of boulder hopping to avoid the icy patches. We were on the summit, no clag this time but the views were a tad hazy. Couple of photo's on the summit and were were off back down, just a bit too breezy to be lingering 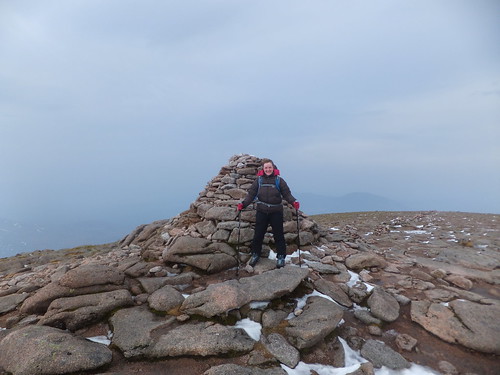 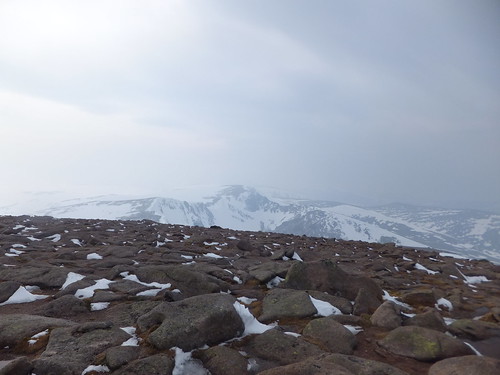 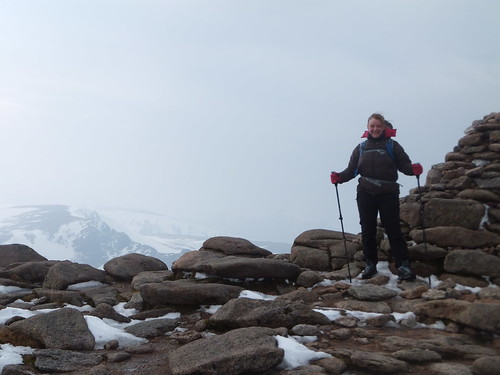 On the way back down, true to her word, Leia donned the waterproof troos and bum slid down towards the restaurant (almost taking me out in the process) 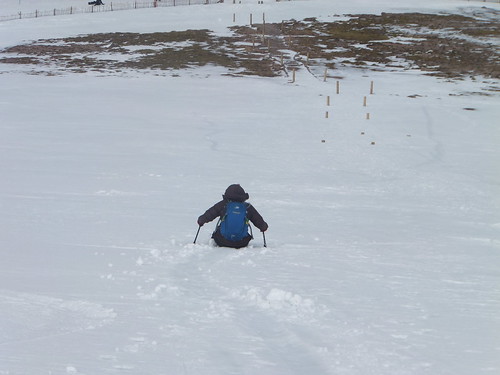 It was quite a gentle plod back down, thighs were still a wee bitty sore but we made it up and down in reasonable time taking into account the state of the pair of us 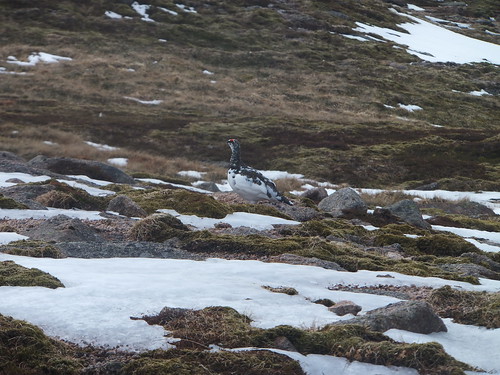 Another two blue balloons there then, great stuff. Nice to have met you both at the bunkhouse.

The Rodmiester wrote:Another two blue balloons there then, great stuff. Nice to have met you both at the bunkhouse.

Looks like Ben Hope is now clear of snow???

Looks like Ben Hope is now clear of snow???

There's no snow unless you go looking for it

Ta for that, did Ben Klibrech late last year but didn't get Ben Hope done so need to go back and I was waiting for the snow to clear.