our_route.gpx Open full screen  NB: Walkhighlands is not responsible for the accuracy of gpx files in users posts
(approximate route)

I started from Blaenau Ffestiniog. The path up towards Manod Mawr was quite difficult to follow at first, until I got to the incline which leads up to the quarry.
Manod Mawr is probably Britain's most industrialised mountain, with a big chunk having been taken out of it by a slate quarry. From the top of the incline I walked across to the edge of Llyn Manod, and then followed a path which headed straight up. This turned out to be quite steep, but reached the summit fairly quickly. From here it's an easy walk through the quarry to the North Top. Some very boggy ground has to be crossed to get from here to the 586m summit of Foel Fras, and then there's a nice grassy ridge leading up to the top of Moel Penanmen. I then went back along the ridge before dropping down onto an indistinct path which heads toward the Barlwyd reservoirs. From the bottom of the reservoir there's a track which leads down through another large quarry to the main road just north of Blaenau. 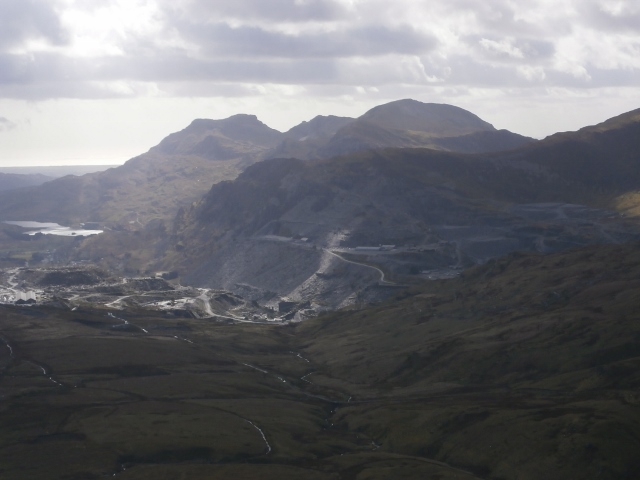 Re: Manod Mawr and Moel Penamnen

This is a good report

Re: Manod Mawr and Moel Penamnen