As a kid my cousins and I would hunt Easter eggs (some plastic) and usually our parents would designate one as the 'golden' egg. This egg had money in it, and to any 5 year old it was a fortune. Easter Sunday this year I decided to walk up Cruach Ardrain and Beinn Tulaichean and as it turned out, I found the golden egg.

The previous day I attempted Beinn Dubhchraigh and Ben Oss, but I was defeated by low cloud and poor visibilty and my not so great compass skills. I was probably 150 meters to the top, but I decided not to risk things any further. These would be fine hills in better weather, so down I came. The forecast for Sunday was much better - cloud clearing out by midday or so. However, things looked pretty bleak as I arrived at the layby on the A82. Low cloud and drizzle yet again. Drats.

I chose this route based on David Ferguson's report from back in January and I concur with his assesment that the last pull up Cruach Ardrain is a steep strenous climb. I set off at 10:15 and followed the good track all the way to the footbridge over the River Falloch. From here the way up to the Grey Height was a soggy mess. Once on Grey Height a clear path continues all the way to the lower slope of Cruach Ardrain. The cloud was still low and thick but there were good views down to Crianlarich. At the lower top near Meall Dhamh I took a break and allowed a solo walker to pass. After a quick chat he set off down the slope and began to climb the Cruach. I followed soon after and eventually the visibility made things seem as though it would be a repeat of the previous day. I tried to keep sight of the other walker and followed his footsteps through deepining snow fields on the steepish slope. At about 900m we paused to chat with four walkers coming down, all wearing crampons. Great - I left mine in the car thinking I wouldn't need them. The other walker put his on and I made the decision to carry on. Going up was fine, but it was heading back down that worried me as it was slushy and slick in places. Closer to the top we met another walker and his dog who had come from Beinn Tulaichean - the snow is fine that way he says - encouraging I thought. Reached the top in reasonable time and still had some energy. To continue or not to continue? I've come this far, may as well give it a try despite the poor visibility.

I followed the chap and his dog down the south slope of Cruach Ardrain. About halfway down I began to search through the cloud for Beinn Tulaichean. Five minutes later I found the golden egg. I watched the last of the cloud blow by which revealed the second munro. My decision to carry on paid off as the clouds broke up and blue sky filled the air. Excellent!

The walk up Beinn Tulaichean was simple and at the top the 360 degree view was amazing to say the least. Over to Ben Lomond, Ben Vorlich, Ben More and Stob Binnein, back to Ben Lui the views were spacious. The view of Cruach Ardrain was very impressive from here also. I ate my Easter dinner consisting of a peanut butter and jelly sandwich and then planned my route back. I didn't fancy walking back up Cruach Ardrain and going down the slick ascent slope. Three other walkers had come down from Cruach Ardrain from the otherside and walked up and over a low point at Stob Glas. This seemed like a good option so from the bealach I walked around Coire Earb and waded through bits of deep snow until I reached the low point between Stob Glas and Cruach Ardrain. From here I had to make a decision - do I head straight down to meet the valley floor where I would have to cross the river, or do I traverse around Cruach Ardrain to meet back up with the path at Meall Dhamh? I thought the most logical thing to do would be to traverse. So I set off around the hill. Soon I was wading through deep snow and it was a tiring affair. Still, it was probably safer than the slick steep slope of the munro. I could see the solo walker heading back off the top section. I finally reached the minor top and to my relief I found the original path. At the high points along the way back down to Grey Height I took dozens of pics of the views I missed out on during the ascent. Cruach Ardrain from this side looks spectacular.

Easily made it back down to the footbridge and on to the farm track. Got back to the car 8 hours later after what proved to be a pretty epic Easter outing. I certainly won't forget it. Nor will I leave my crampons in the car again. The return route was tough going at times, but would probably be a piece of cake in the summer. Many thanks to the solo walker from Glasgow for looking out for me along the way back. Bring on next weekend! 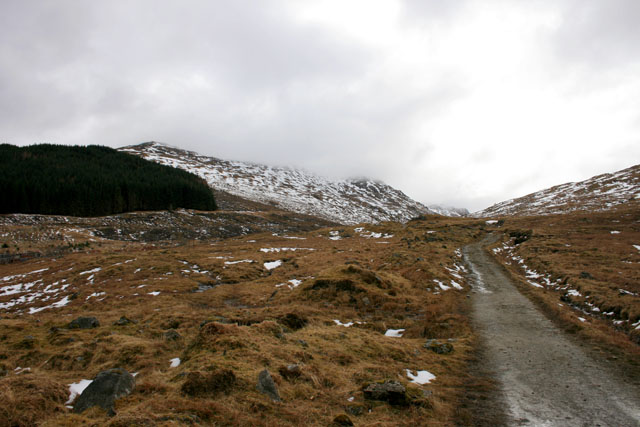 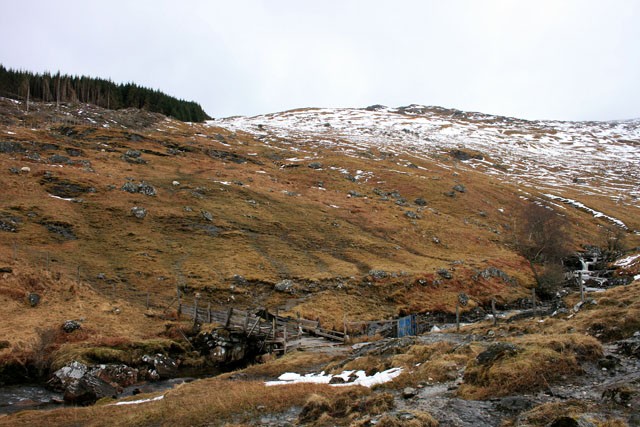 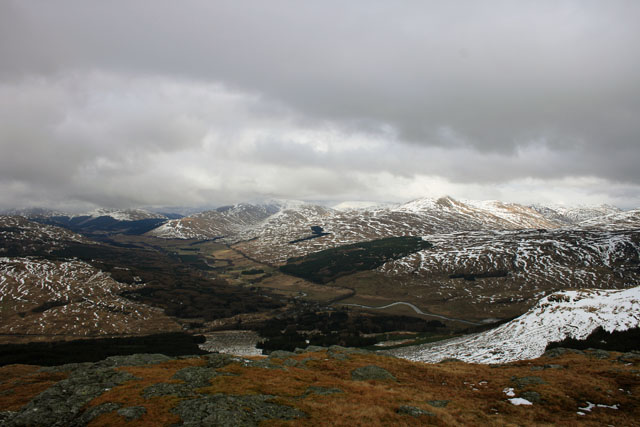 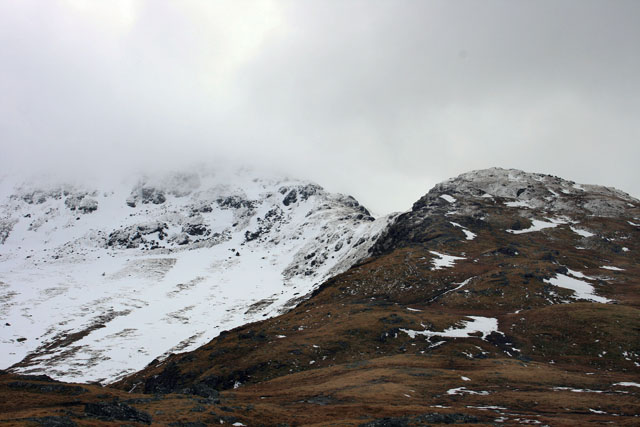 And now the clouds begin to vanish! 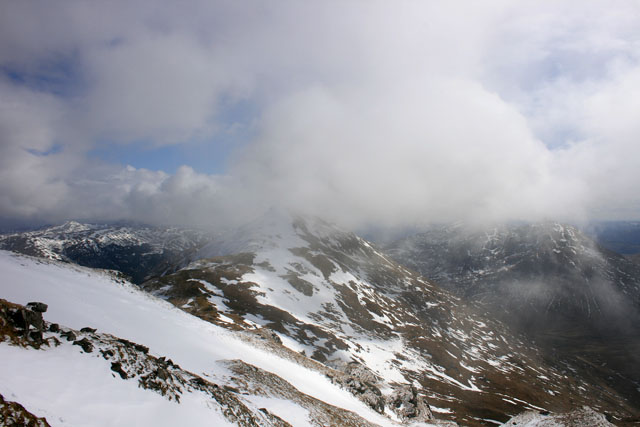 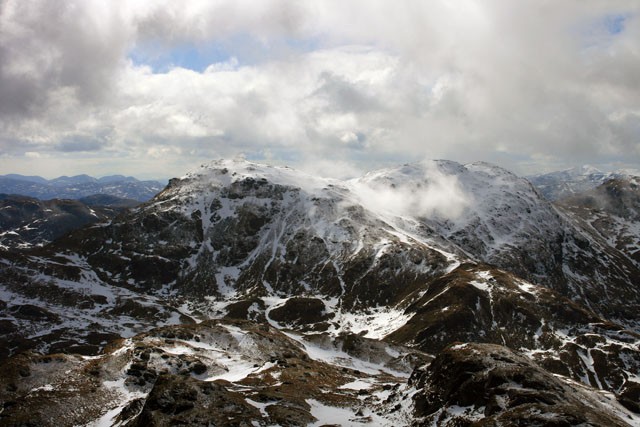 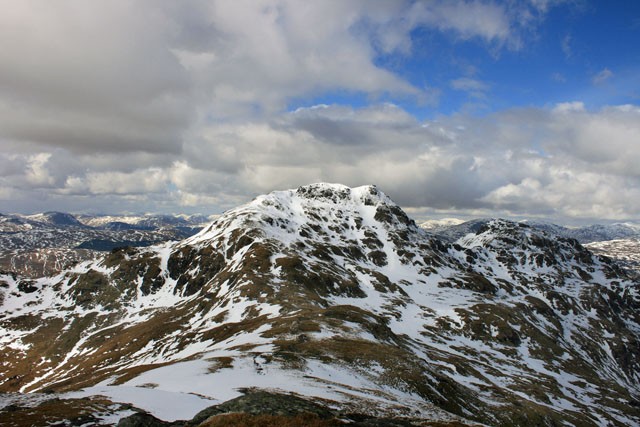 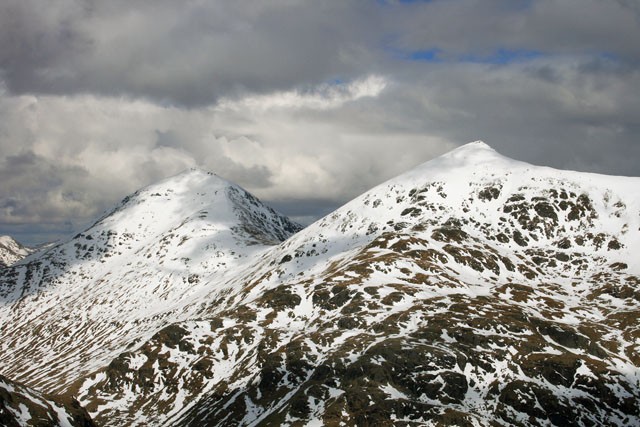 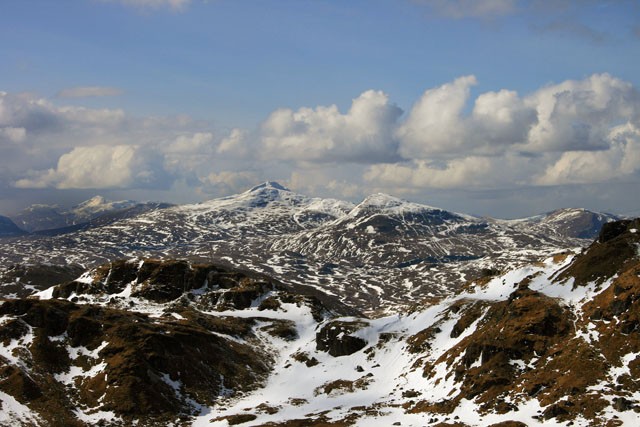 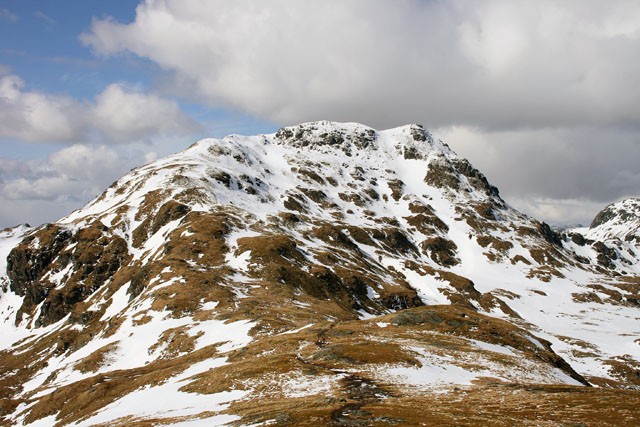 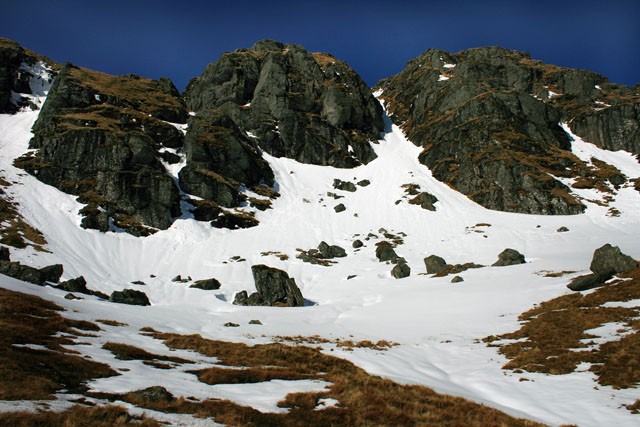 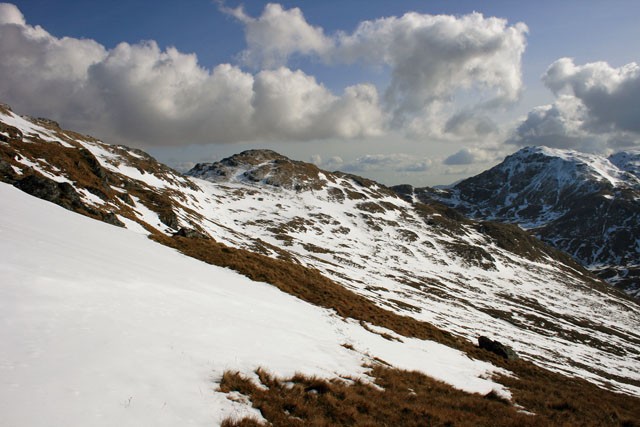 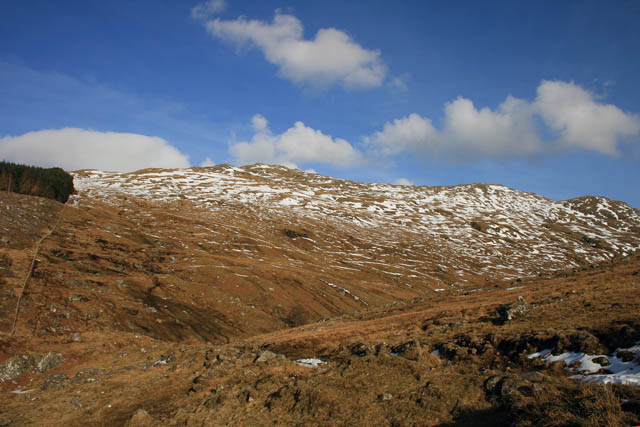 Glad you managed to find some blue sky over the weekend

Nice report, and it does sound like it was a hard day.

Nice report and Im glad to see the snow going fast ..it means I can venture north again soon without getting frostbite