Co dhui latha a'tri .... Day three in the East and after dull but dry day bagging Tolmount and Tom Bhuidhe the day before I decided on this Eastern Loner to complete the far East set .

Toiseach mi bho Gleann Tannar ..... I started from Glen Tannar after a comfortable night in the tent in the estate woodland

Was up and off at 6.45am on a promising day a grand walk through the Pines 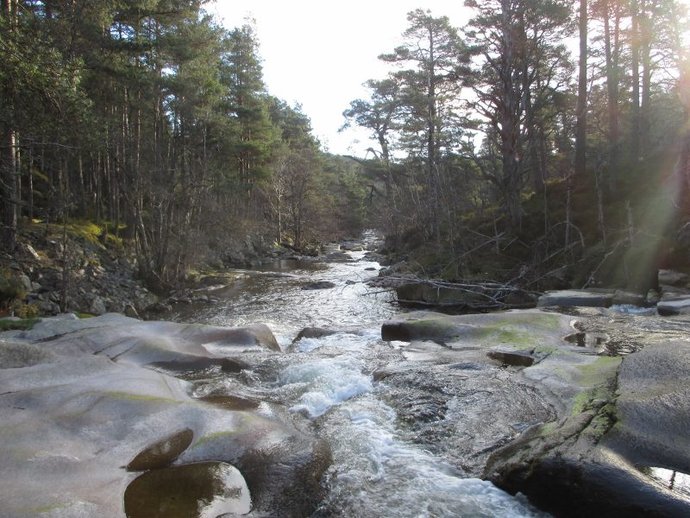 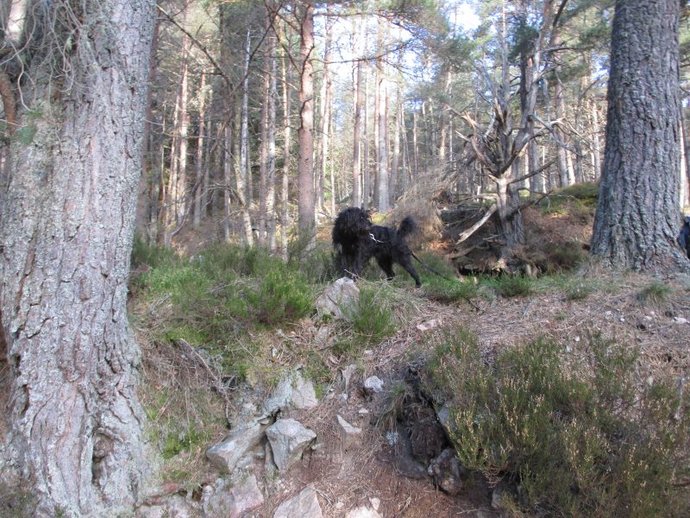 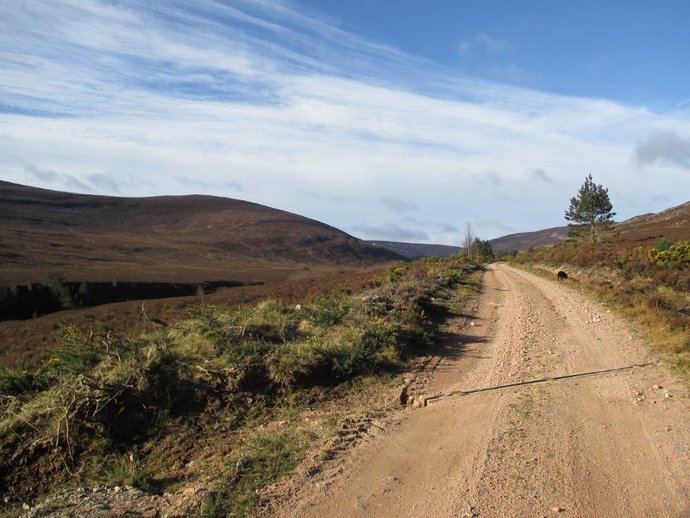 We were soon approaching the first stone bridge and the Old Crofts at Etnach which I reckon is from the Gaelic Each Achadh .

Interesting feature throughout the Eastern Gaidhealtachd are these now derelict / abandoned but relatively fertile grazing's ,which hold witness to the lack of security of tenure afforded the native Gaels of these parts. 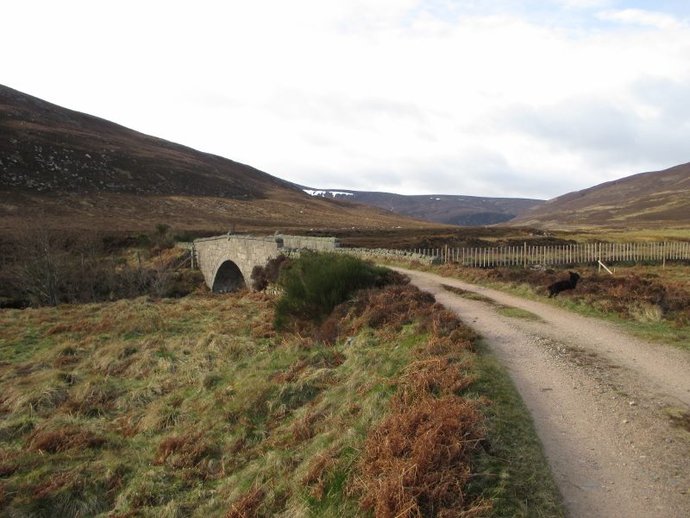 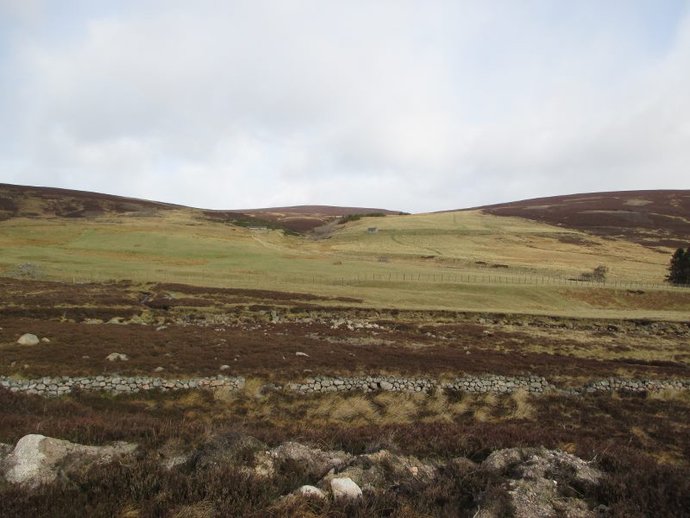 We soon had our first glimpse of Mount Caoin 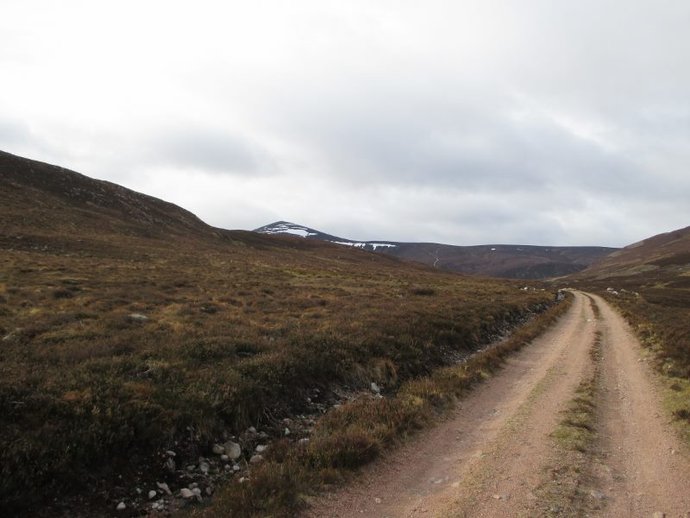 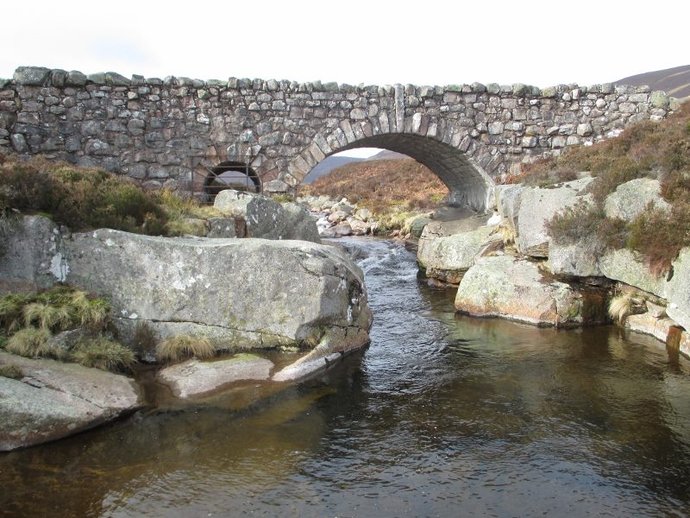 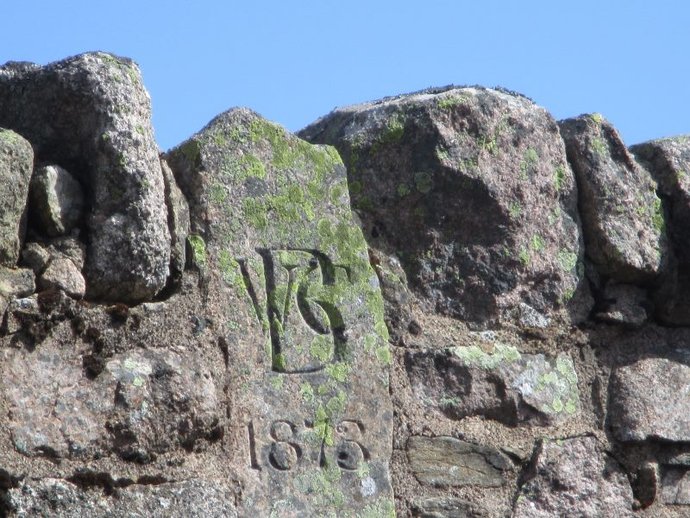 You look at the workmanship and wonder of the day when the building began ,what a different world that would have been ,even in 1873 when this would have been a busy highway.

A very interesting Glen this and we were soon at Sheil of Glean Tannar ...... Sheil is a Gaelic term for grazing pasture of a good quality and you can see this was such a place back in its day 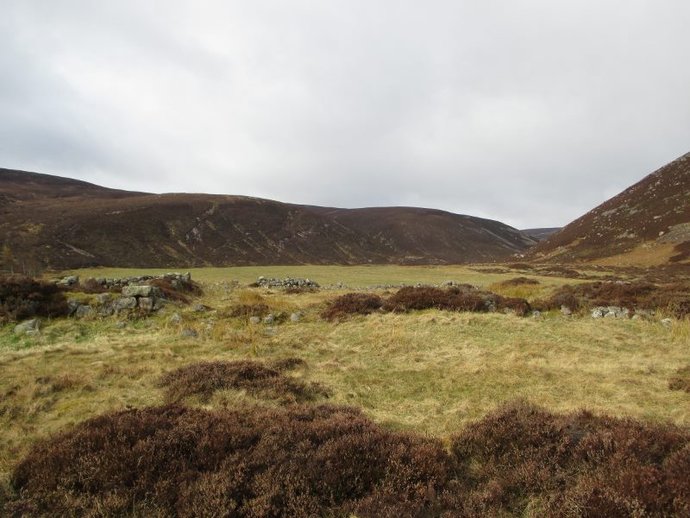 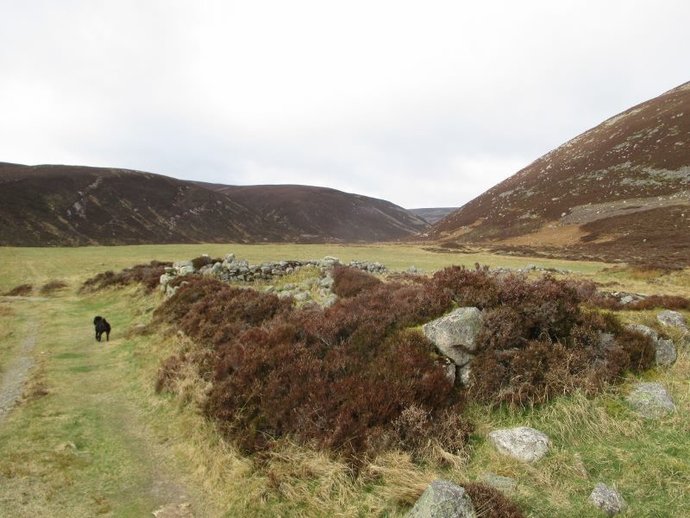 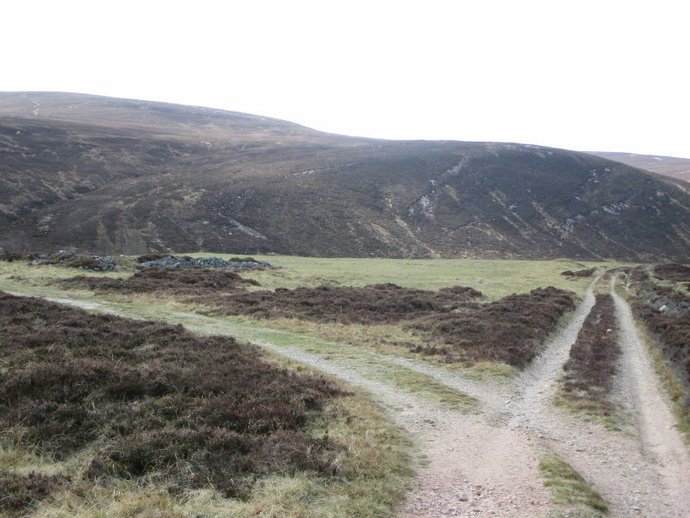 Co dhui bha beinn againnsa .... still enough in the Glen and off up the track we went to the summit which we reached by almost crawling such was the wind strength ! 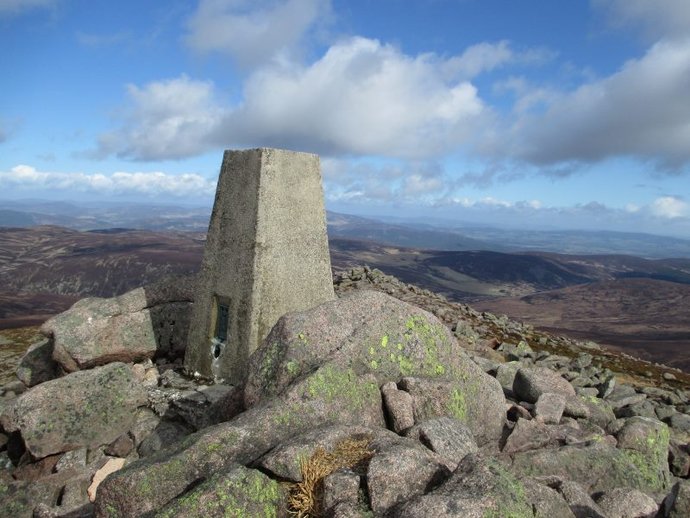 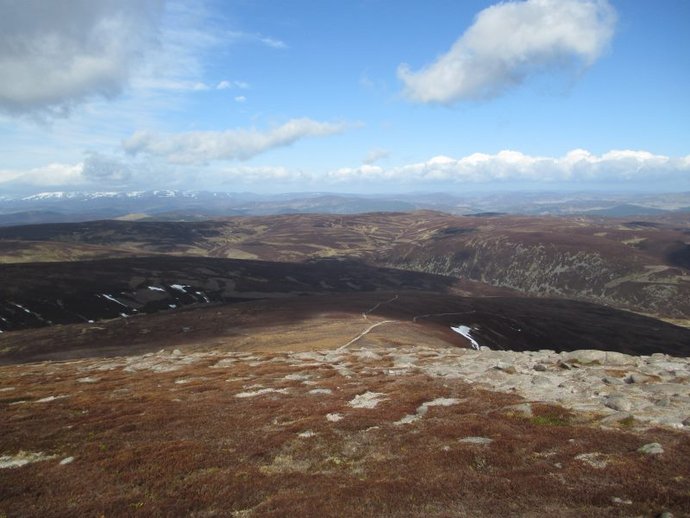 All in a brilliant day and a pleasant surprise for an oft described "boring" hill ..as good a day as any , long and tiring mind but an interesting approach full of the almost forgotten history of our people ! 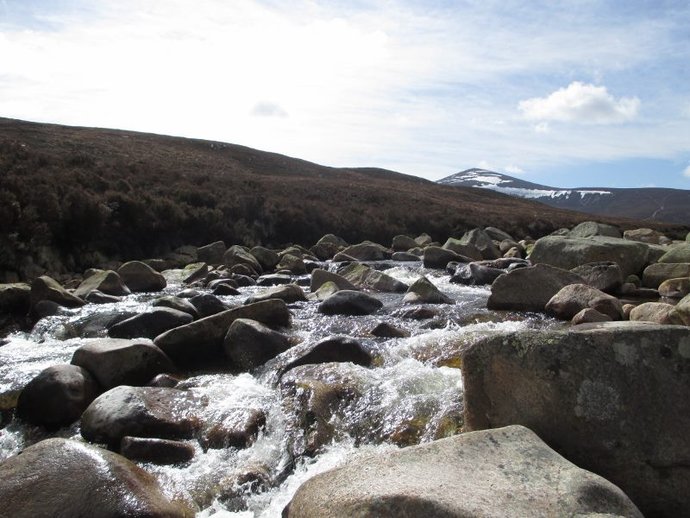 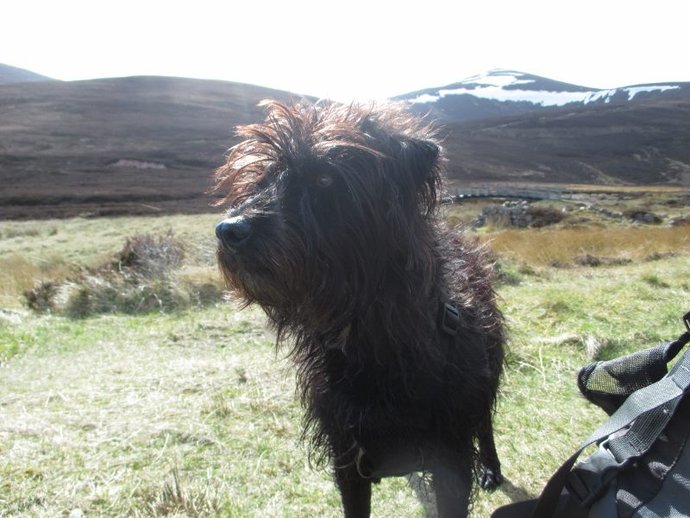 grand day there CC..know what you mean about the wind..was the same for me..very exposed..

That did look a good day despite the wind. Like you I also find myself wondering about the times when structures like the dykes were built - must have been so different. You do need to get a bike though