sgurr a mhaoraich actual.gpx Open full screen  NB: Walkhighlands is not responsible for the accuracy of gpx files in users posts

Forecast was for cloud at various levels that might clear in pockets, and that sums up the day. Parked just over the bridge & walked along the road to the other parking spot then took the path upwards. 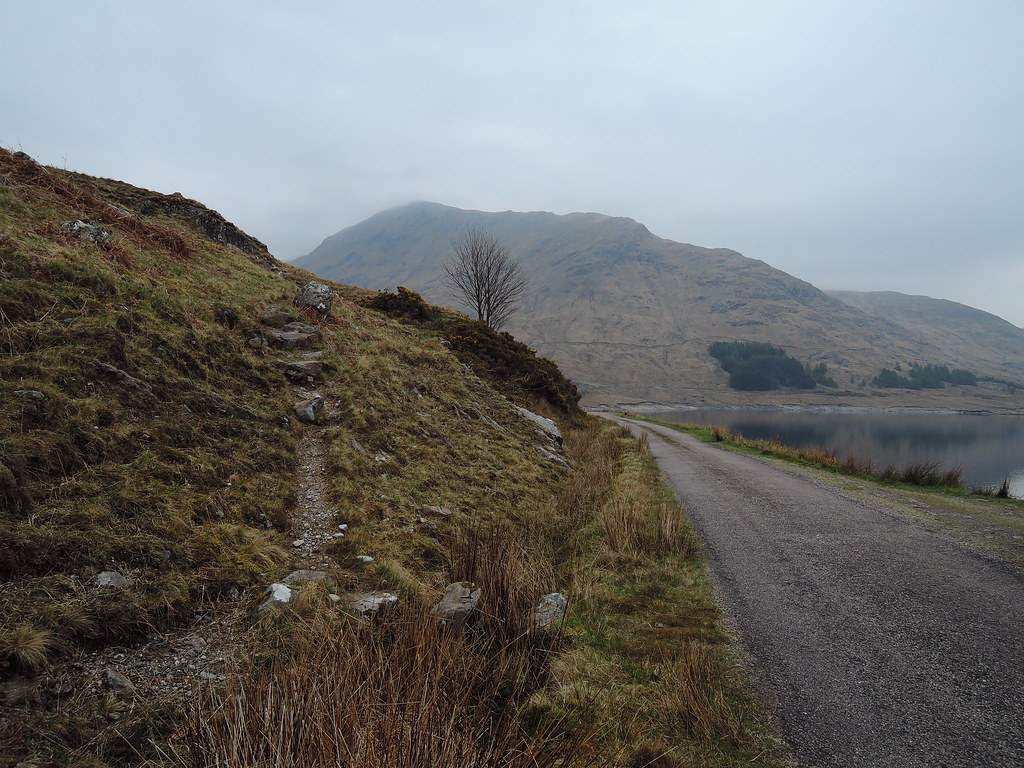 Good path but it's a pretty tough slog up initially. 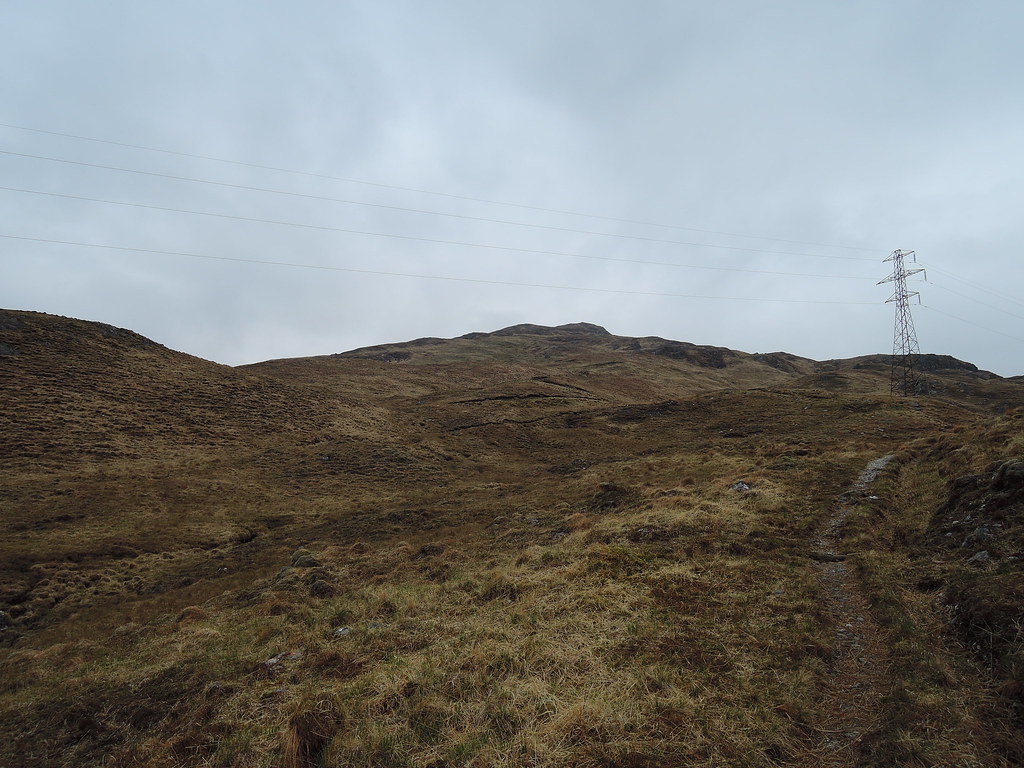 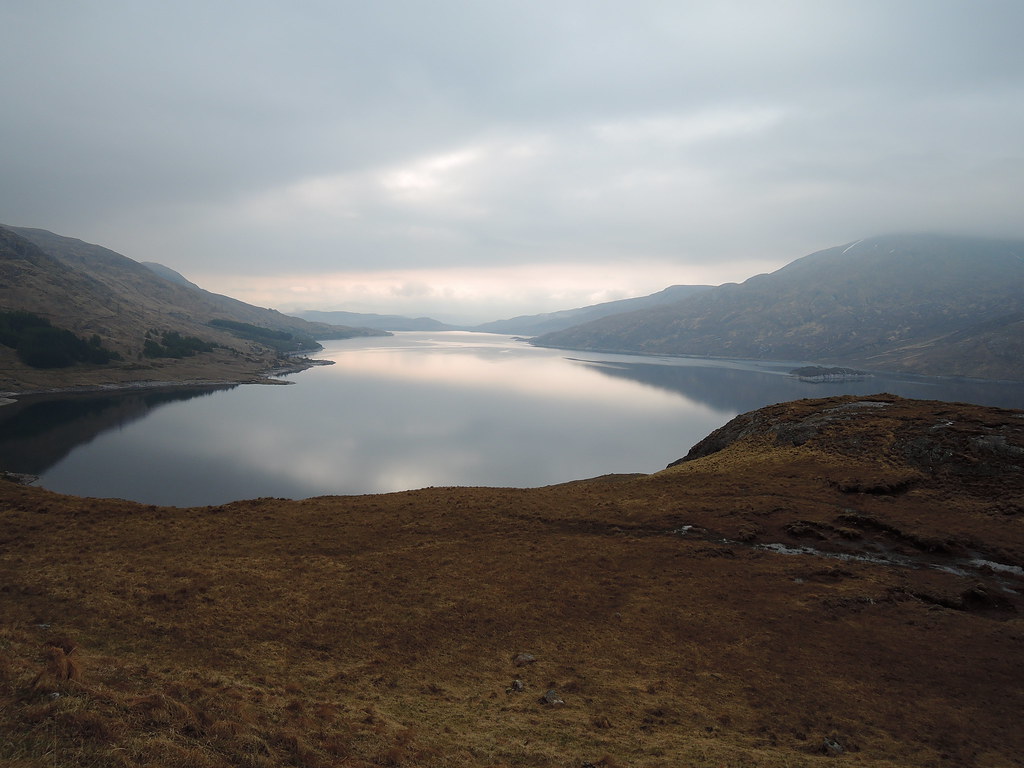 Top appears through a break in the cloud: 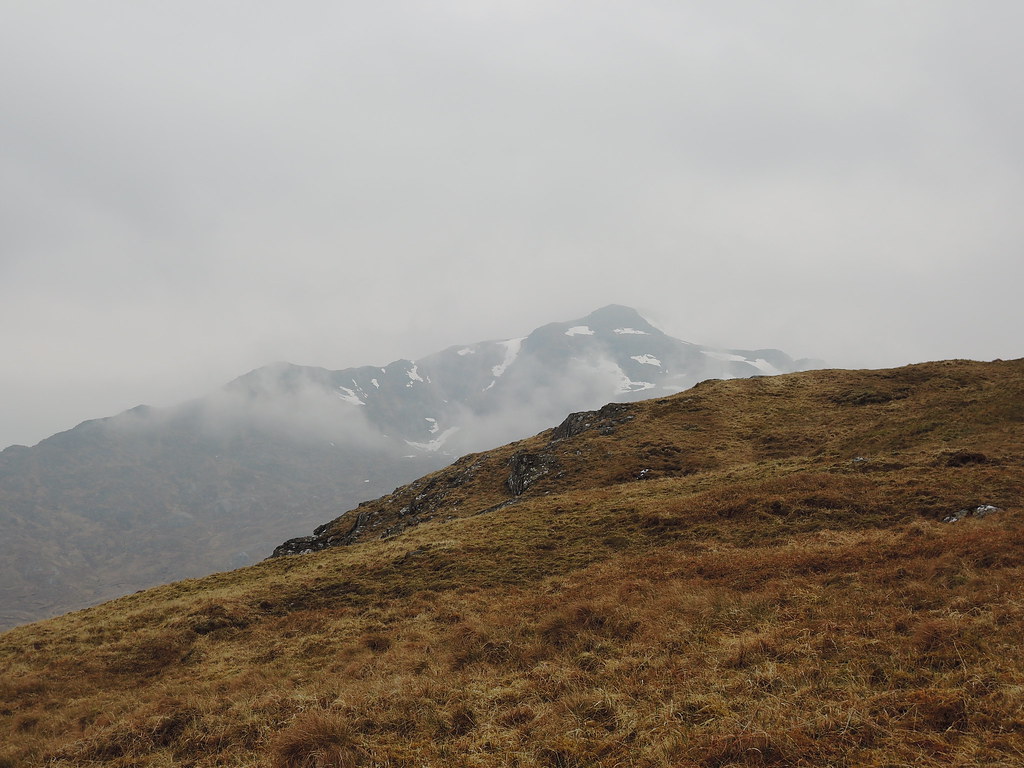 Snow band higher up which I bypassed to the right. Snow was slushy and the grass around it was still damp and flattened by the recently thawed snow, so was slippy in places. 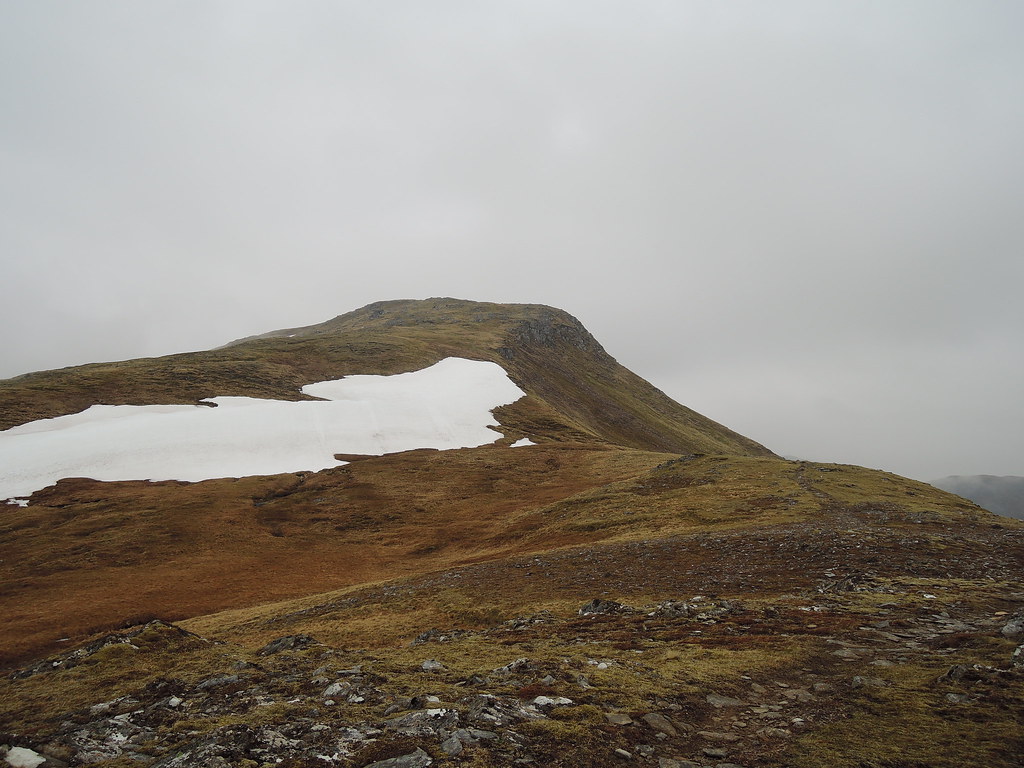 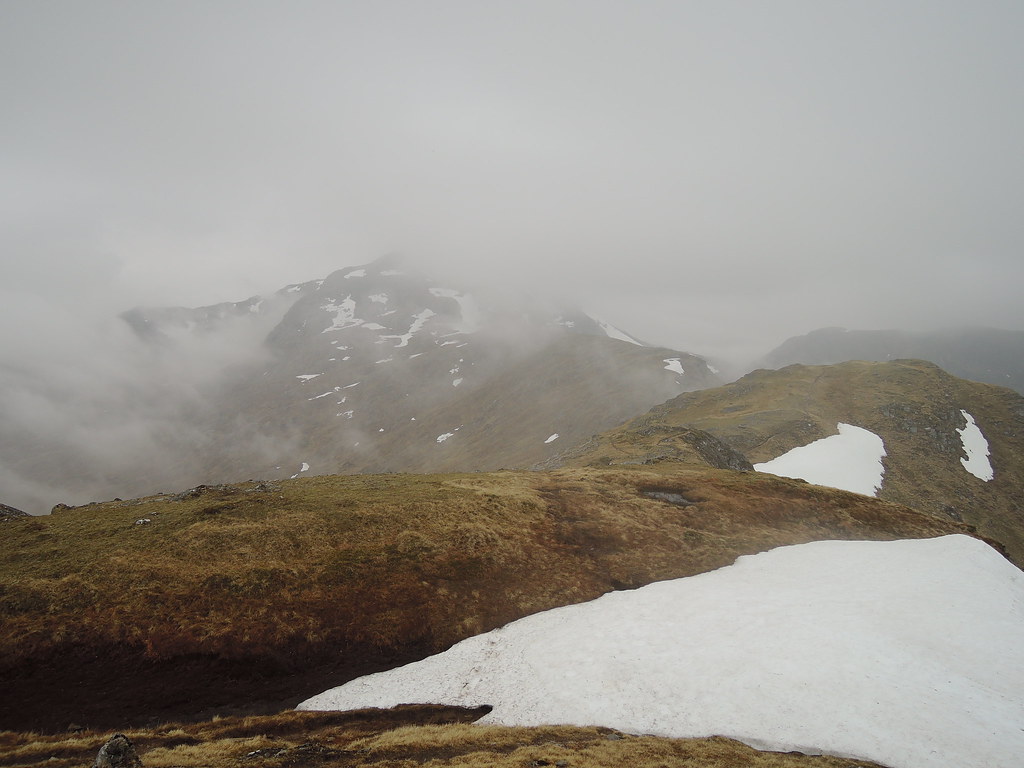 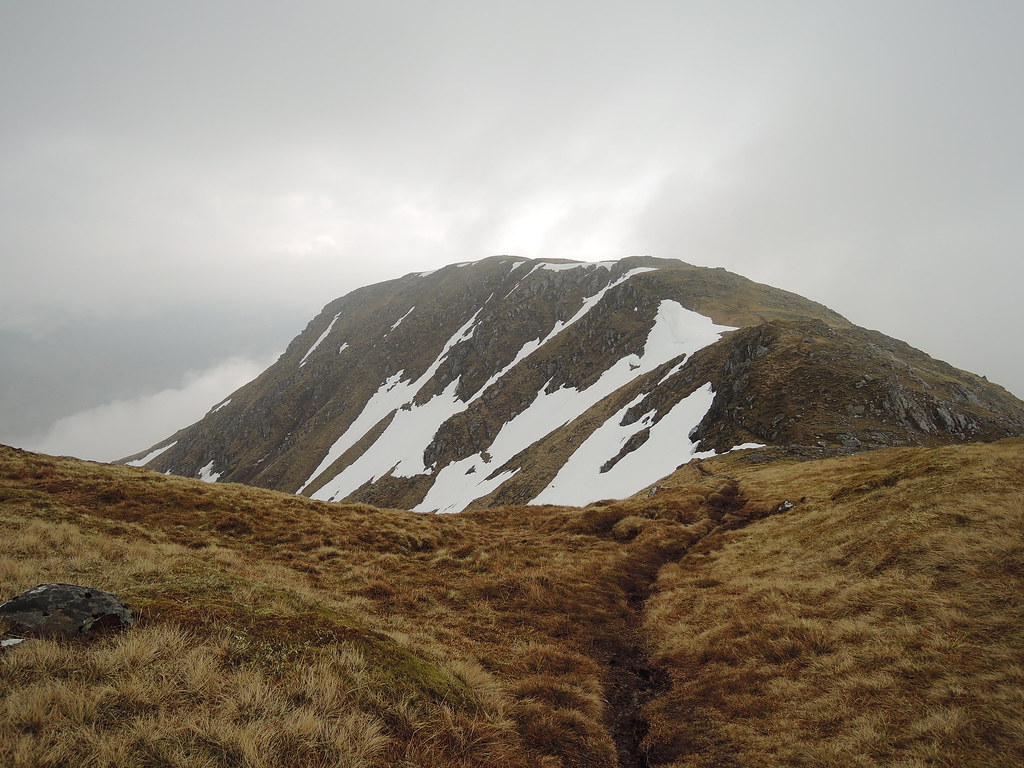 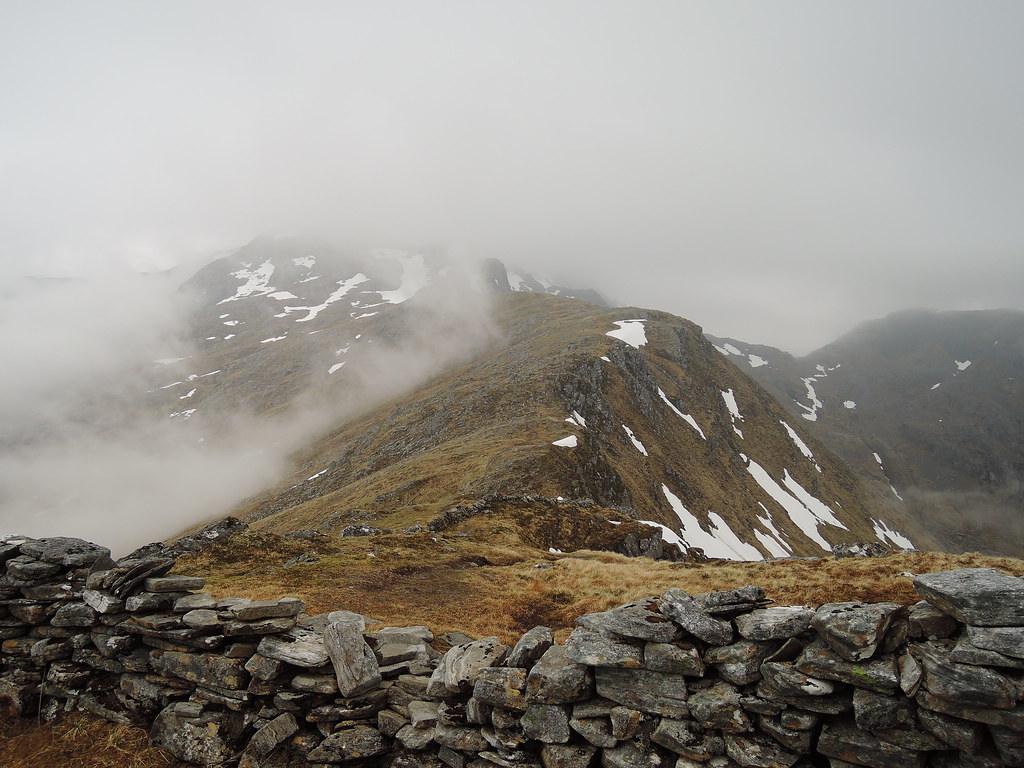 Descent route from Am Bathaich: 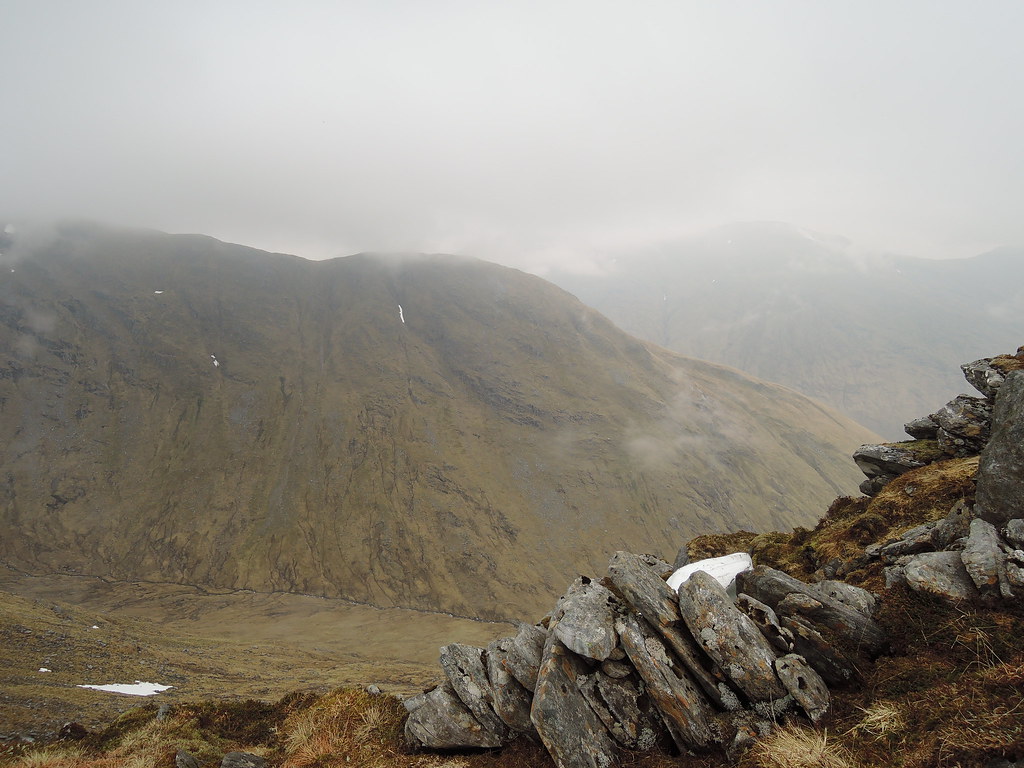 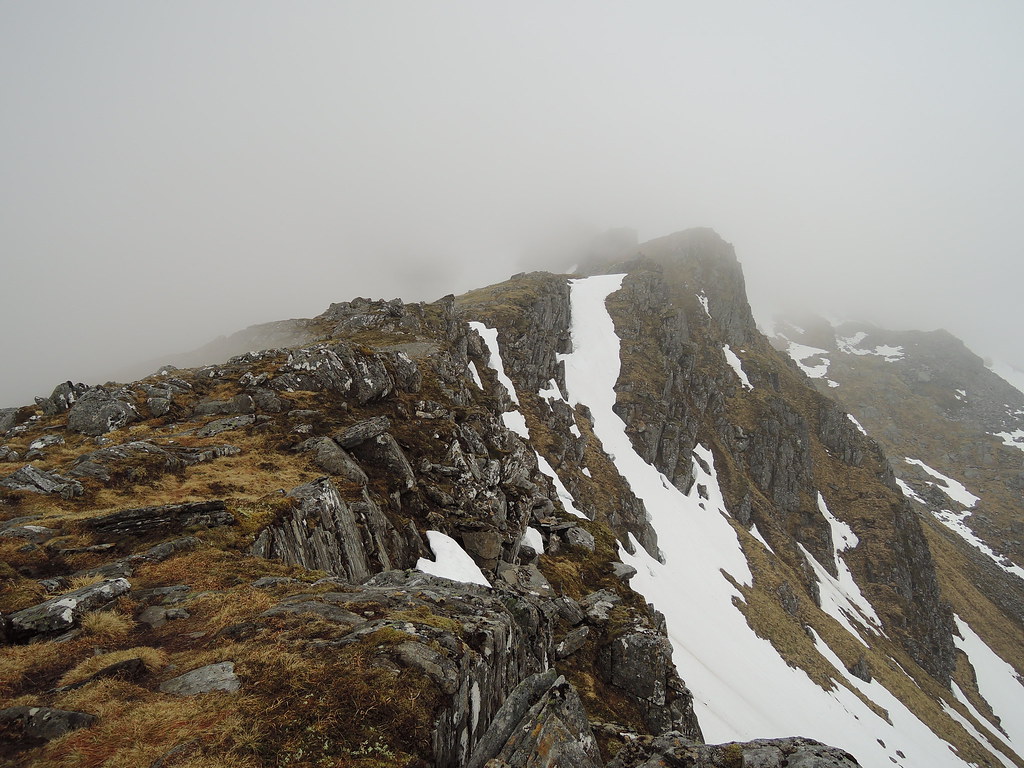 Path led to the left of the ridge and crossed more snow so I stuck to the ridge top. 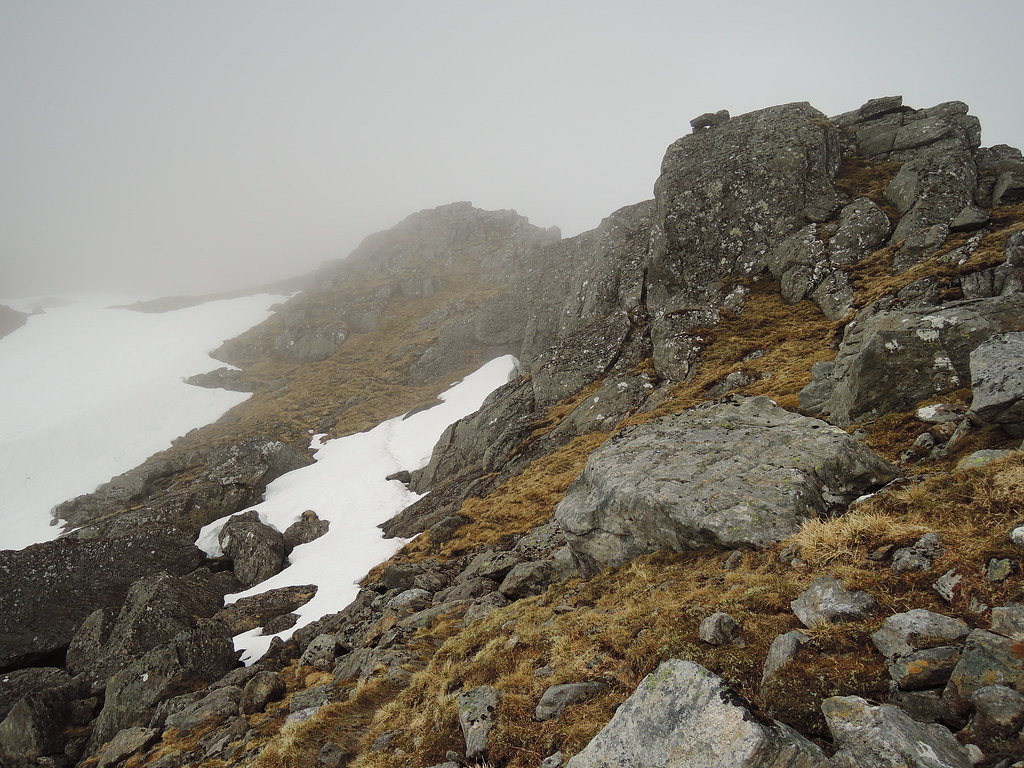 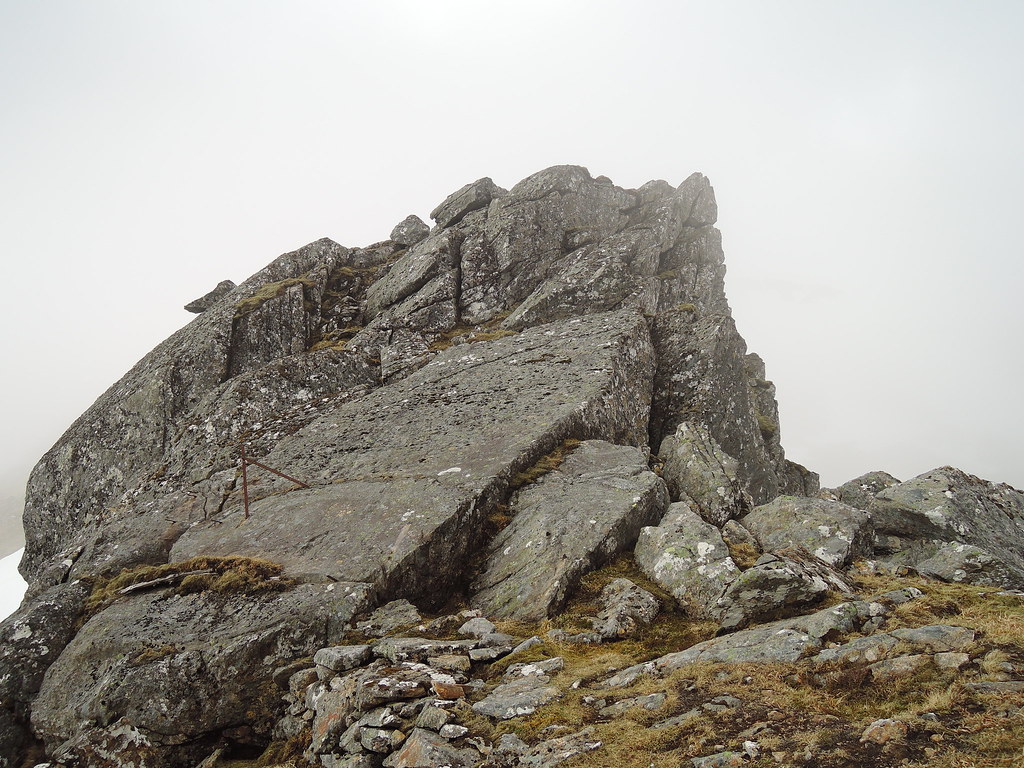 Back to the ridge: 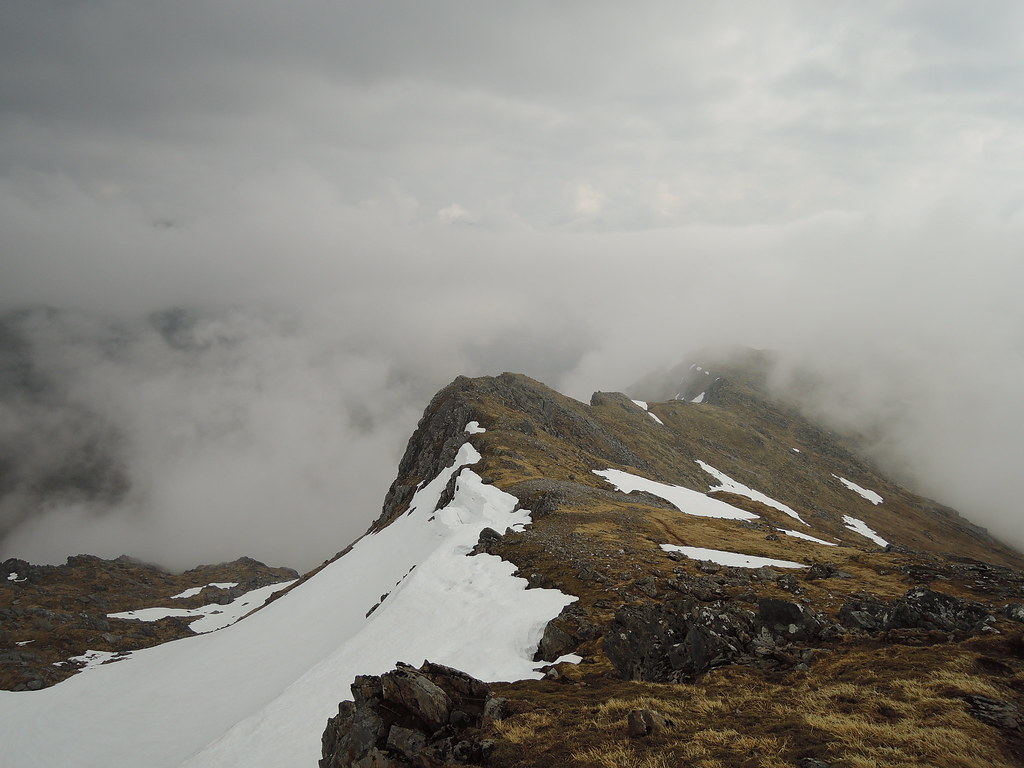 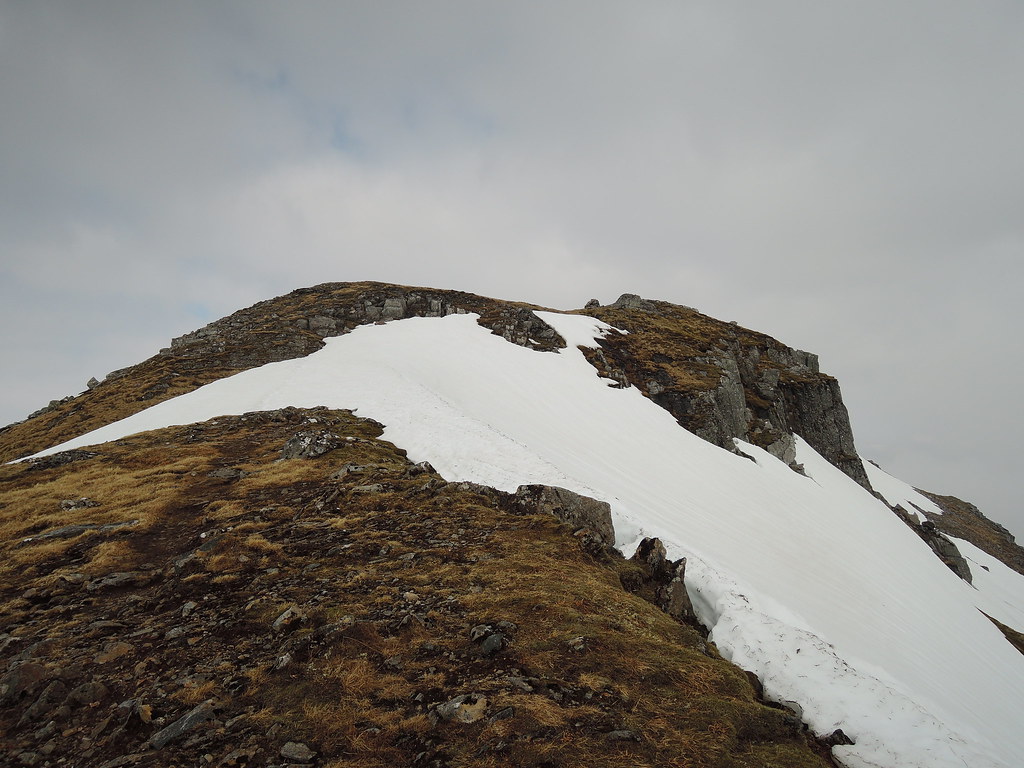 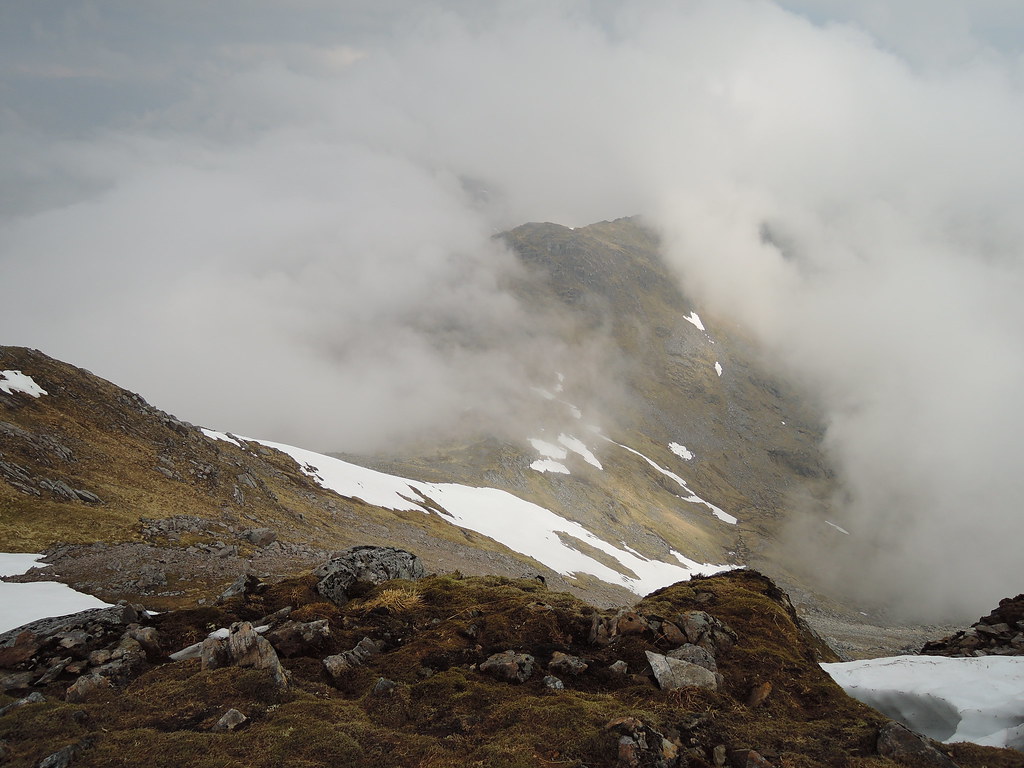 There's a rough scree path down to the bealach. 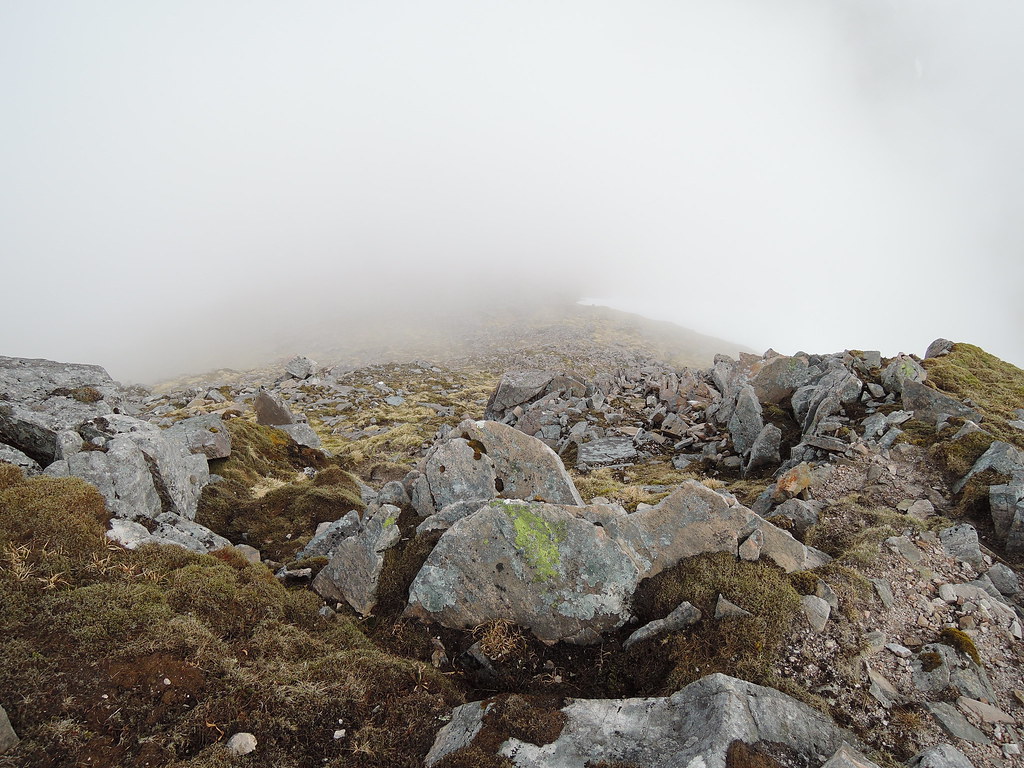 Then pick a route up the other side - grassy bits or scrambling (some loose handholds though). 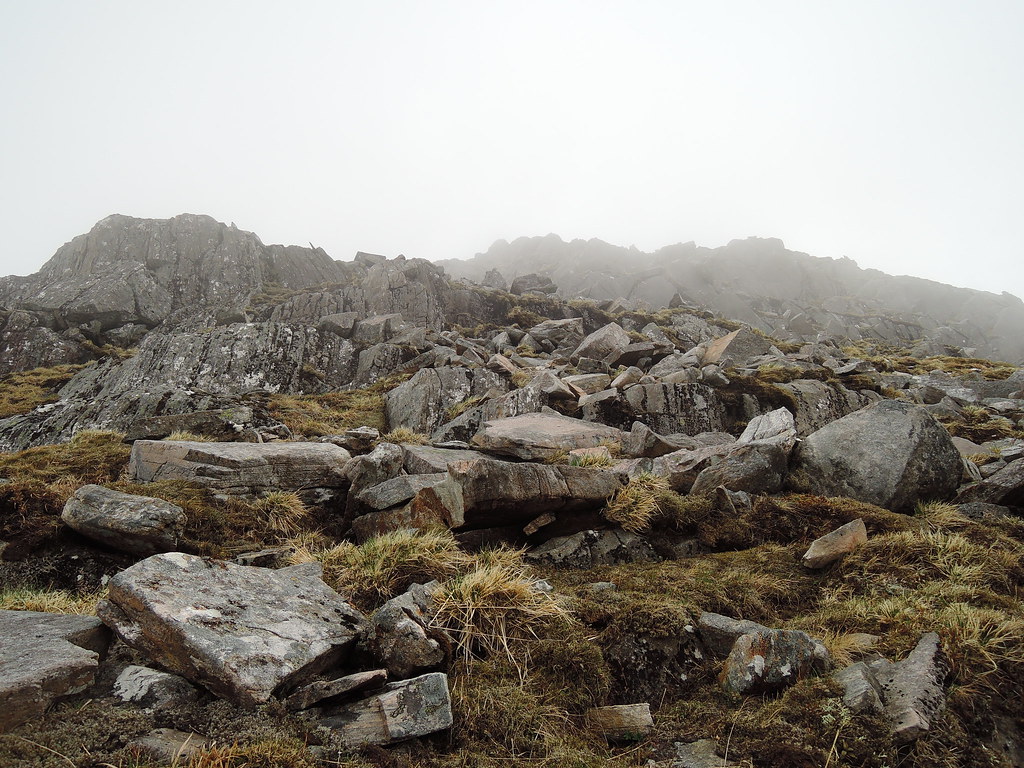 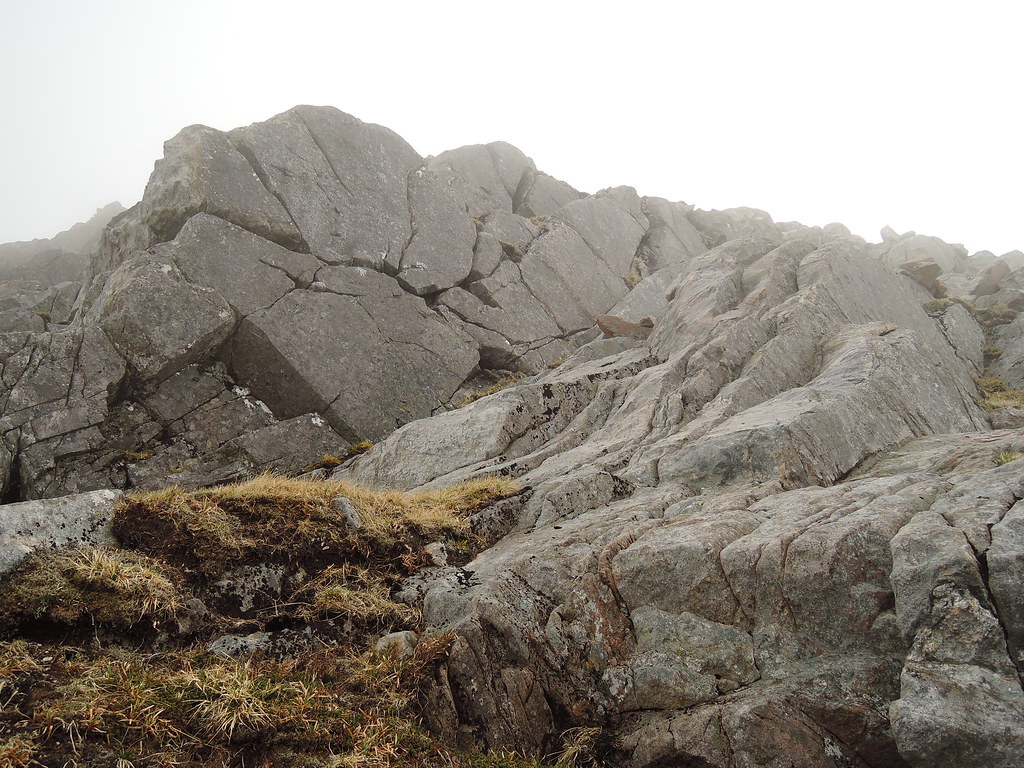 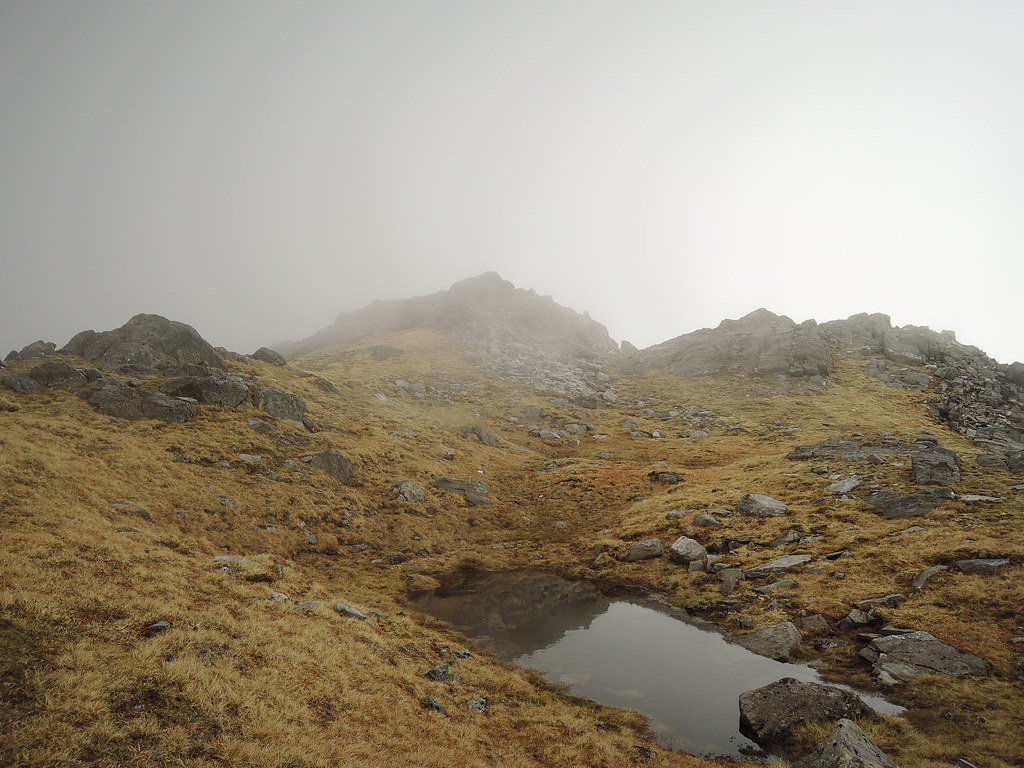 Then a walk along the ridge. 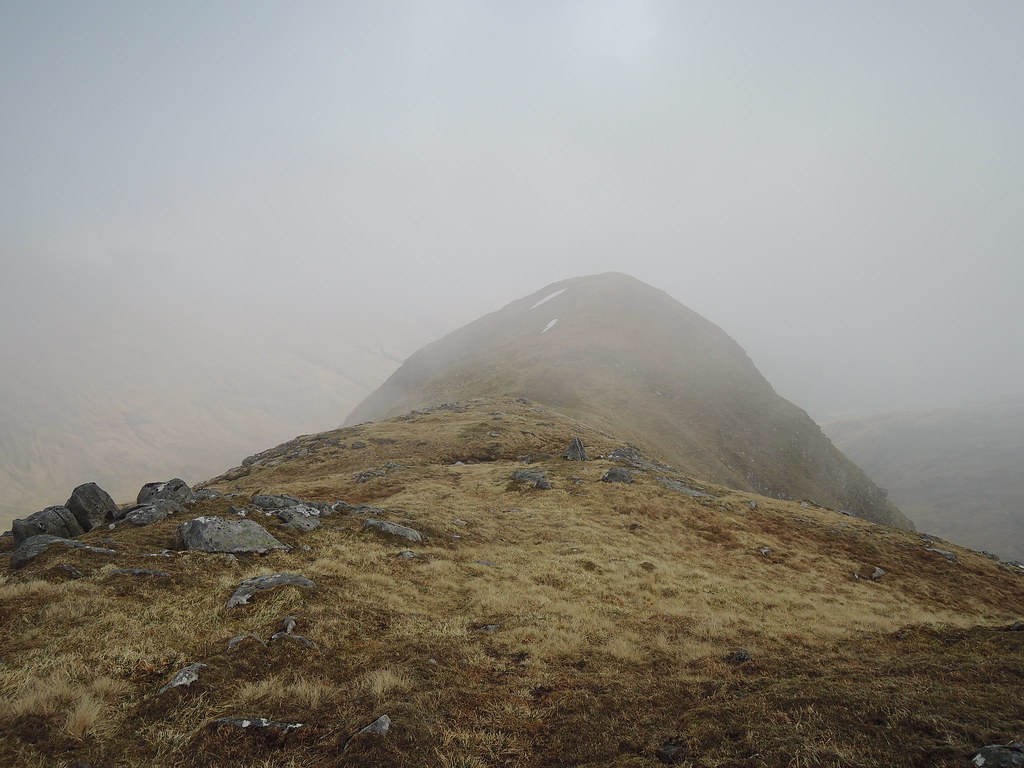 Descent is a bit steep but there are ATV tracks zig-zagging down the hill. Gets a bit boggy further down. 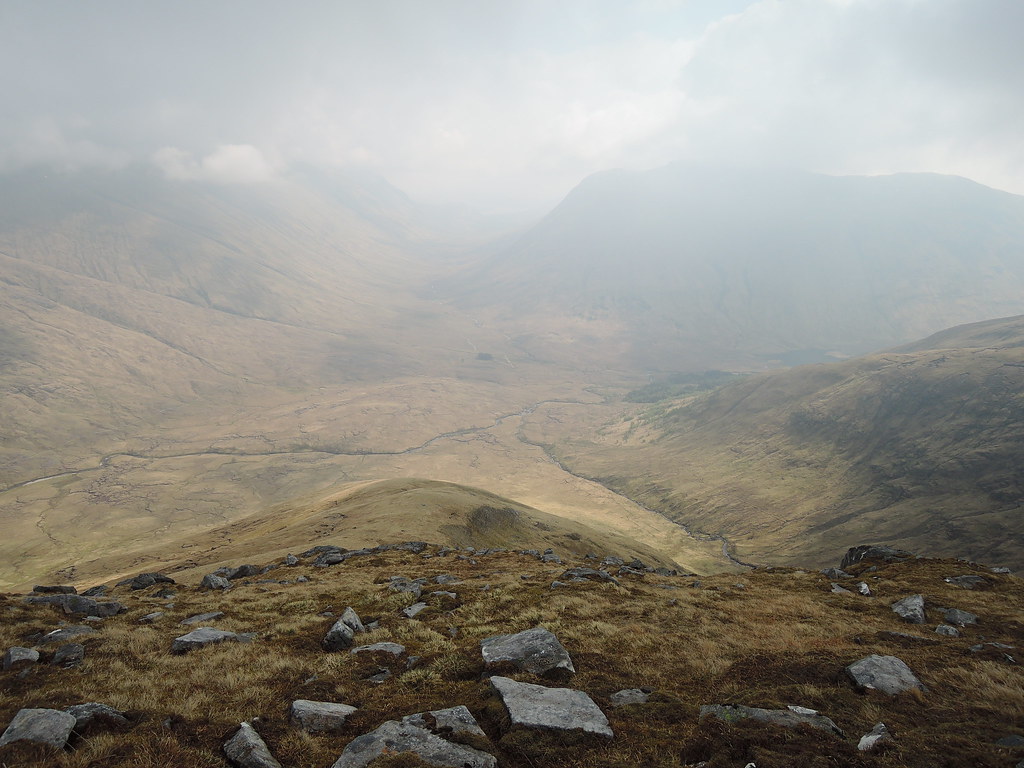 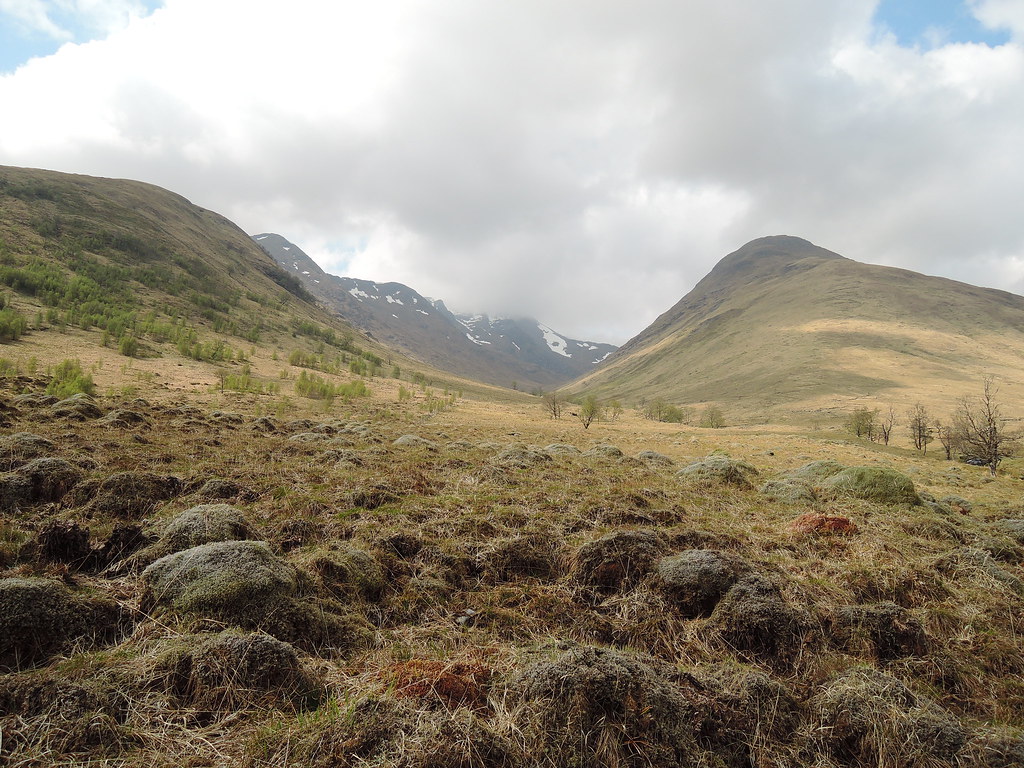 Crossed a burn here, stepping stones were a bit far apart so I put the camera in my pack and threw it over to the other side before jumping across. The pack landed OK...but then started bouncing and rolling back towards the burn. Luckily it came to rest on a ledge and just got a bit damp but I was watching in slow motion as all this happened - camera, phone, car keys etc could have floated away with me splashing about after them 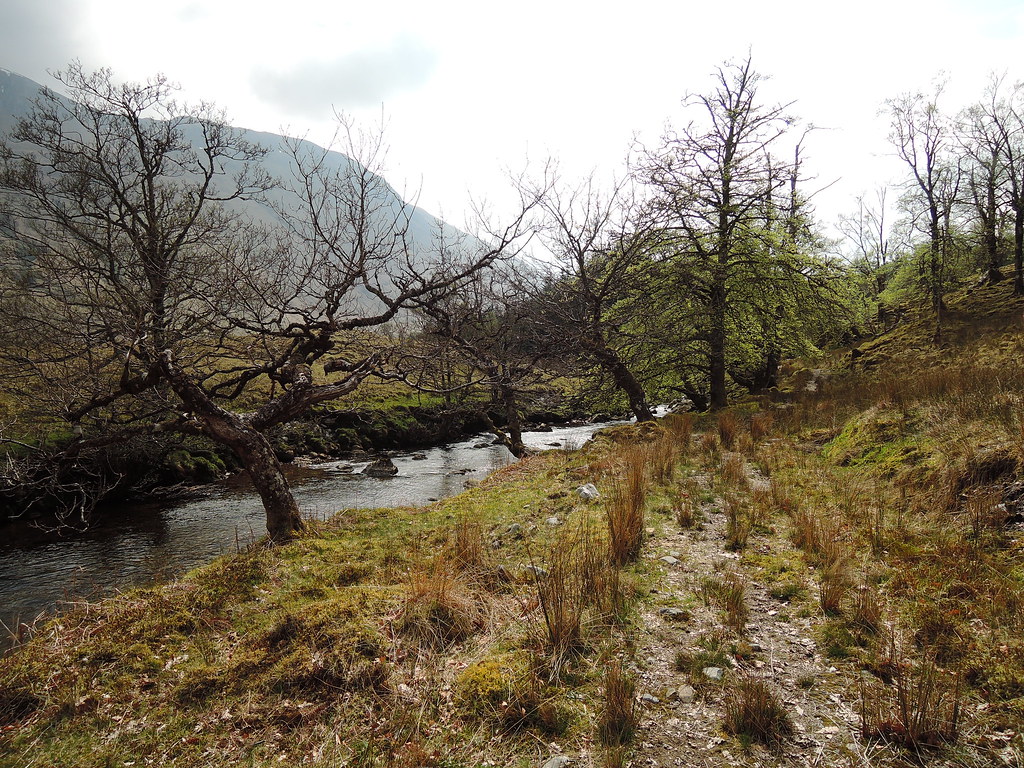 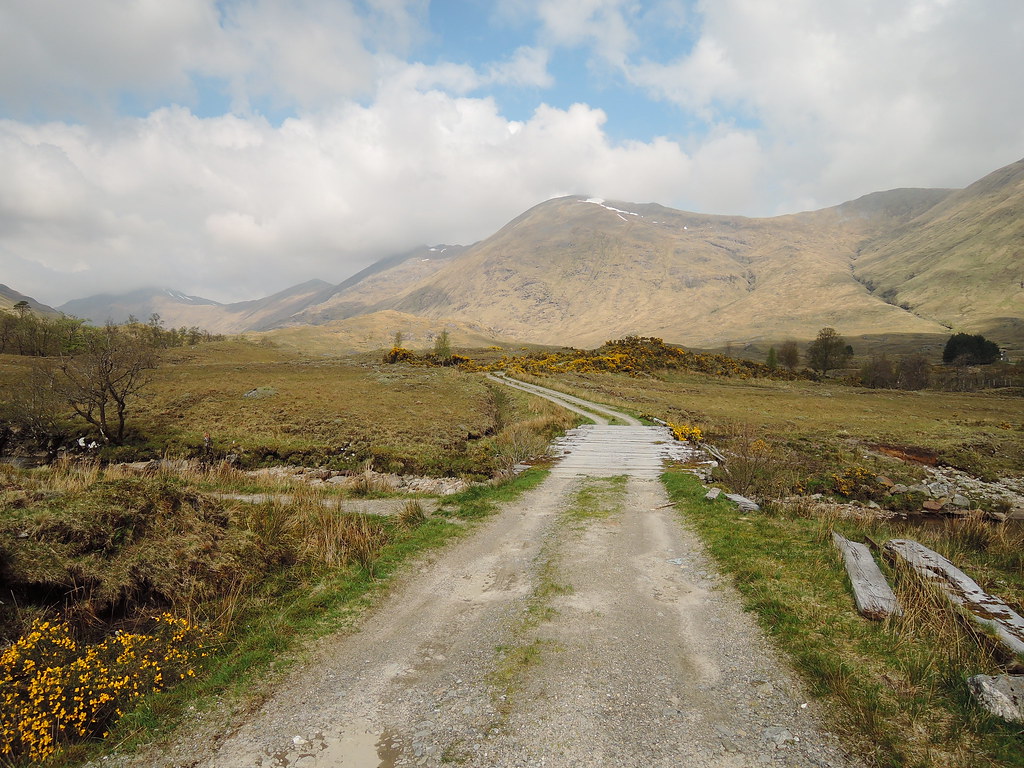 And onwards to the Loch Quoich bridge. 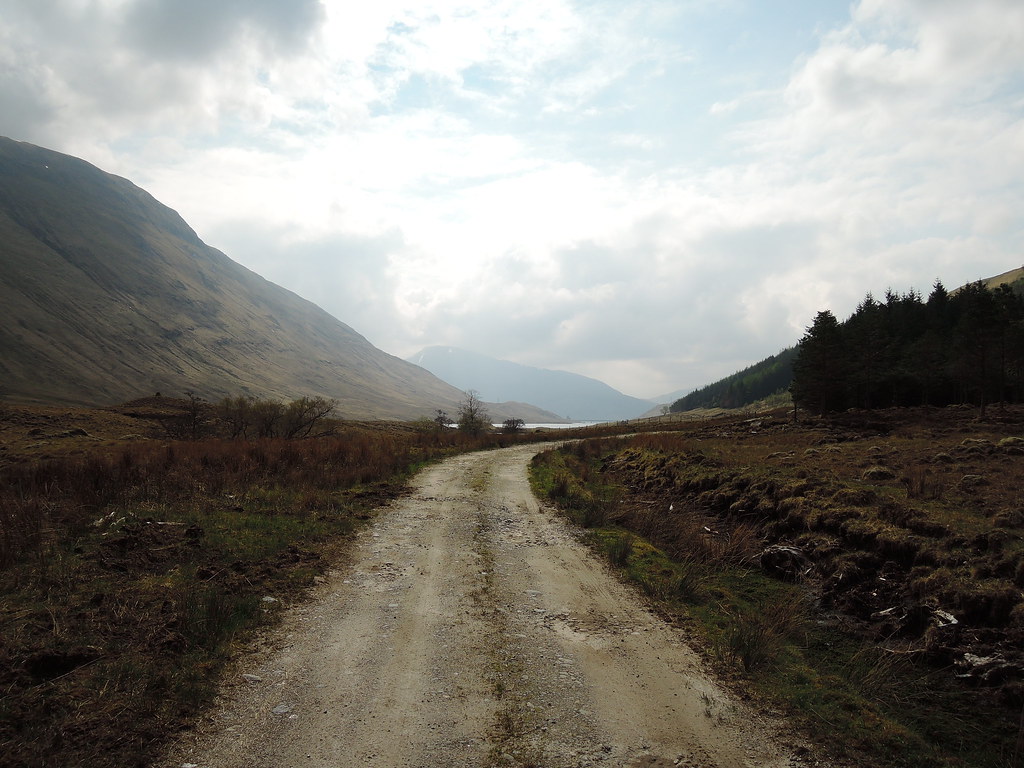 Stopped for a quick pic of Loch Garry on the way back: 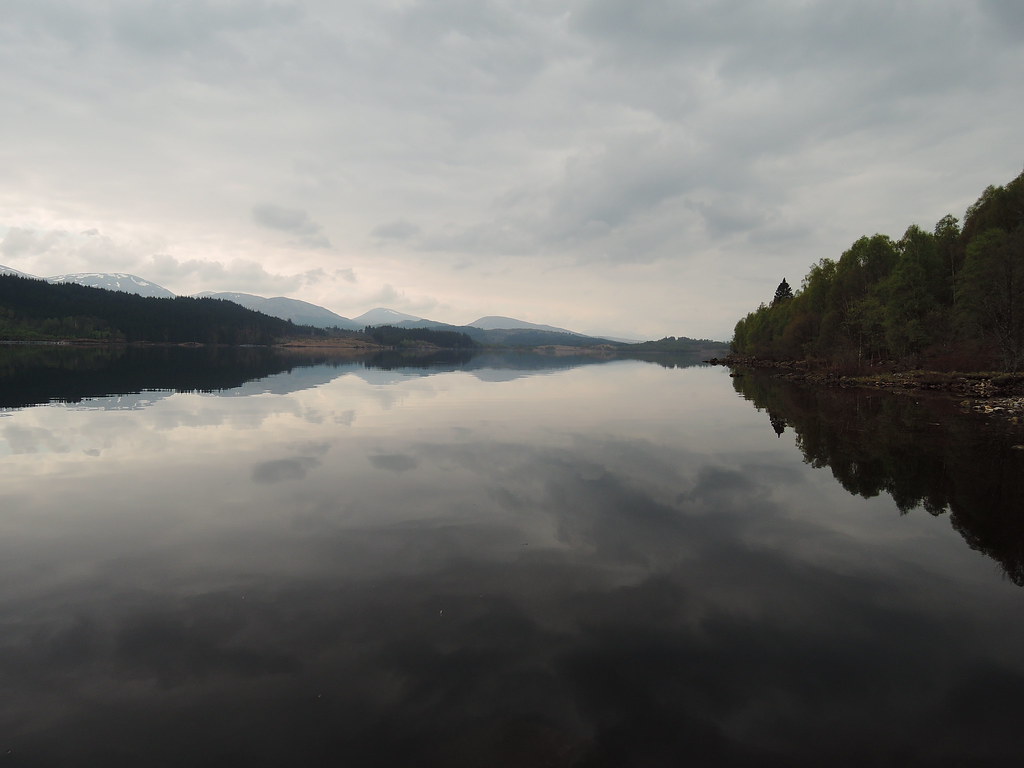 Looks like some challenging terrain in parts, well done for doing it in such misty conditions! It looks like the sun tried to poke through there just at the end!

Ooh, this looks like a very tasty hill, even in the clag! I’ll be looking forward to it now.
Love the last picture of Loch Quoich.

Even without the views, it's still an adventure. These "easy scrambles" were not so easy when covered in ice

We climbed Gleouraich and Spidean Mialach on Thursday and had similar conditions - cloud hovering just around the summits. G and SM feel even more like South Glen Shiel ridge, sheer drops to the north and quite a lot of snow still hiding in the corries.