Beinn Tulaichean & Cruach Ardrain -
A boggy slog but a good ridge!
The MWIS forecast was for 90% Munro visibility but unfortunately this never materialised.
The good news is that the hydro works at Inverlochlarig farm seem to have finished and the path is no longer diverted around the farm. 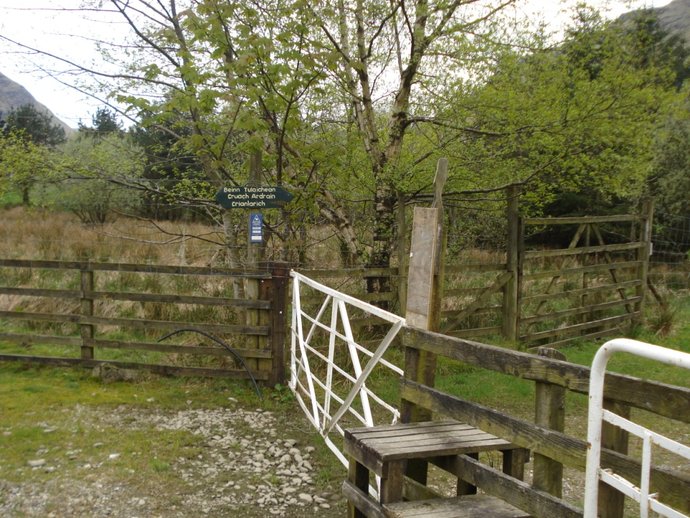 The route up Beinn Tulaichean has no path and is a boggy plod up steep grassy slopes picking your own line between small rocky outcrops. All in all a bit of a slog for a summit that is slightly disappointing (especially when in the clouds with no views!). 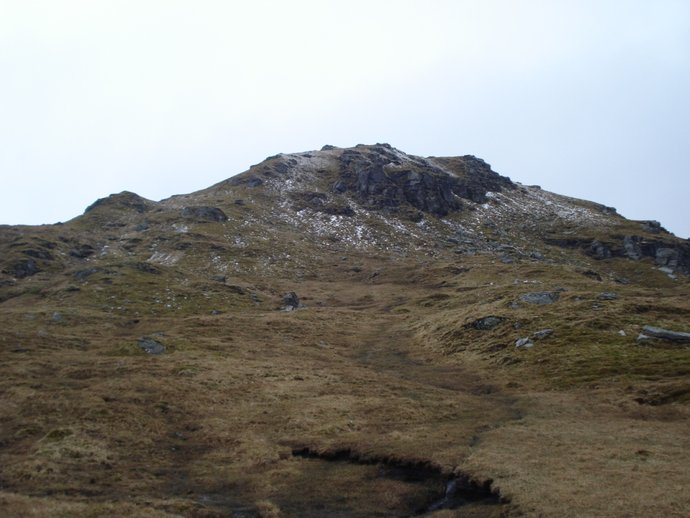 Once on the first summit things get better! A good rocky ridge with a good path leads down to the bealach 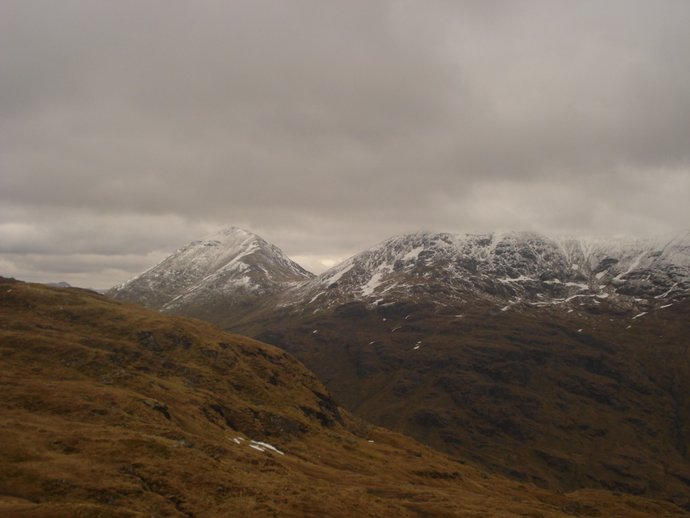 before the path, still good, leads up to the summit of Cruach Ardrain.
In the clag again so it was important to be careful amongst the snow patches and continue beyond the false summit (tricky snow in the dip) and onto the true summit with the big cairn.
This would normally be a great viewpoint with a superb vantage point, especially of Ben More and Stob Binnein Unfortunately the summit was in the clouds and visibility was minimal. 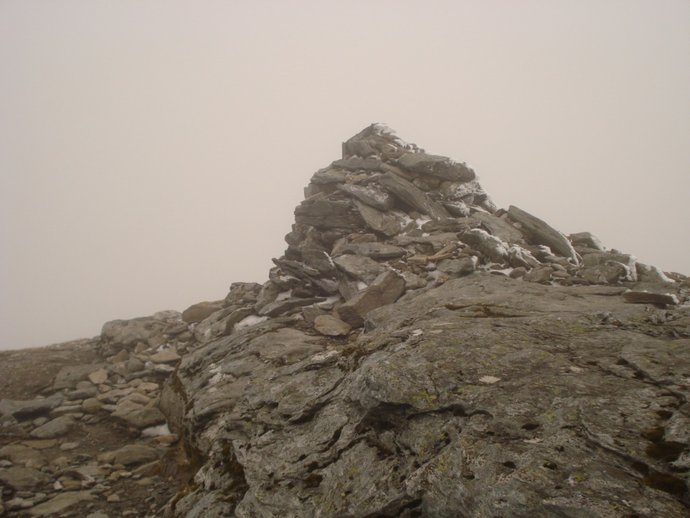 It was cold on the top so a quick snickers bar then back to the bealach where the views opened up a little (and time for a real lunch).
The path to the East back down to Inverlochlarig starts well from a small cairn but soon degenerates into boggy, grassy slopes, awkward going and simply a case of picking what seems to be the best line between swampy sections!
Once down at the landrover track in the Inverlochlarig Glen the walking is easy back to the Farm (the farm shop sells venison!) and the car park.

My comments:
Although a traverse of the mountain seems logical, the boggy approach from the South and the descent back down to the East from the bealach are rather tedious.
If you are considering these 2 Munros I suggest an approach from the A82 near Crianlarich up to the bealach between the two summits.
For Munro baggers who want to do Ben More, the approach from Inverlochlarig gives a fine ridge walk (after a short, stiff ascent to Stob Invercarnaig/Stob Binnein) and has the bonus of a very pretty drive from Balquidder along Loch Voll.
And if you are passing through Callander, don't miss a pint at the Lade Inn in Kilmahog!