With the weather looking good and my mate Andy up for it we decided on these two in the Gorms because being from Aberdeen the drive up to Braemar is just over an hour which in terms or travelling to Munro's ain't bad for us. Andy had a family Shin-Dig to be back for at 6.30pm!!
We both did a photography course a couple weeks ago and Andy wanted to put some of the techniques to use, i still don't have a decent camera so just use my iphone at present so you'll see the difference in quanlity of photos, if i can get Andy's to load as they may be too big.......
We did the usual walk into Derry Lodge and were passed by loads of cyclists, one of which stopped for a chat, more about that later.
Once at Derry lodge we branched right past the Mountain Rescue hut and followed the overgrown landrover track which gains height very gradually. We went too far and had to backtrack as you cut into the hillside through some sparce woodland to gain height heading for the bealach between Beinn Bhreac and Meall Lunndain. Once there we had a wee break. Andy's photo of Roy on the slopes of Beinn Bhreac

We continued uphill and it became increasingly boggy, however you eventually come to a flatter section between the two tops of Beinn Bhreac, the Eastern top is the Munro Summit, the only one we were interested in 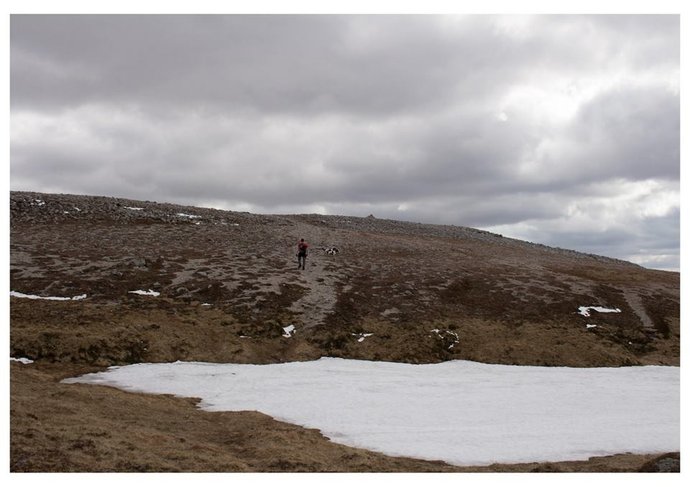 We made the summit but it was terribly windy so time for a few photos and hill identification and then off down to the flatter area between the two tops for some grub and hot soup. We then set off for the next Munro which looked miles away. We plodded along the clear path which i understood curves over to the East. We passed three fit looking fell running types, with just tiny packs of water and running type shoes going at some pace towards Beinn Bhreac. Going back to the cyclist whom spoke to us on the way to Derry Lodge, he said he was up supporting a guy (Dan Duxbury) whom was attempting all the Munros in 36 days

Him and another cyclist were taking supplies in for them and were meeting them on top of Beinn a' Chaorainn. We took it these were the guys. Back to our plod over the moor, it was quite peaty and wet in places, however not as bad as some reports make it out to be. We made the summit of Beinn a' Chaorainn quote quickly. Around 10 minutes later we were joined by Dan and his mates, they had already done Ben Avon and Beinn a'Bhuird on top of these two and were moving onto Bynack More and Beinn Mheadhoin and then they planned on spending the night at the Hutchison Memorial Hut. All the best in his attempt anyway. If anyone is interested just type his name into google and he has a blog recording each days Munros. 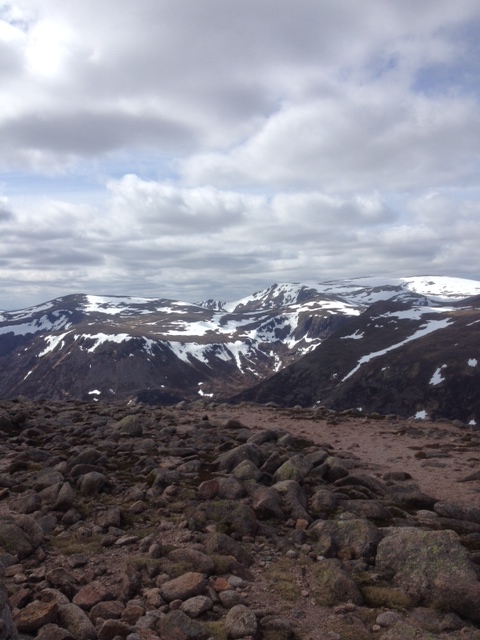 Over to Ben Macdui and Hutchison Memorial Hut Andy on summit Beinn a' Chaorainn 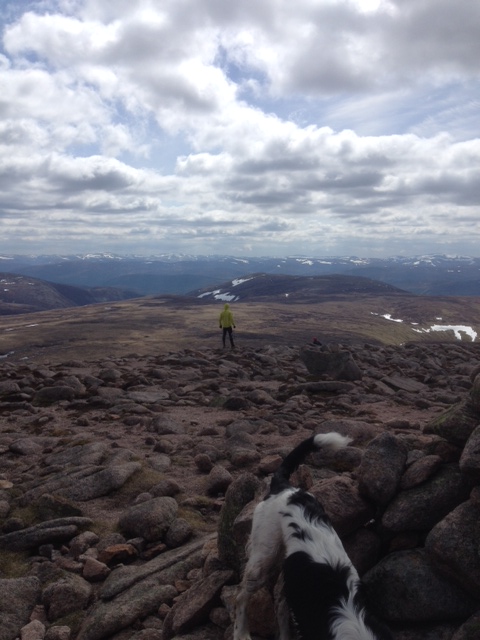 We headed off to the West and were going to meet the Glen Lui path back to Derry Lodge. We made good time heading down and we passed the fork in the path which if coming the other way would take you up to the Hutchison Memorial Hut. There were a few minor streams to hop over. Instead of heading back along the path to meet our outward route we took a right at a steel bridge to take a slightly different route into Derry Lodge, beware this path is bad for tree routes. It runs parrallel to the other path anyway but mixed things up a bit. Once back at the Lodge we did the agonising walk back to the car park at Linn of Dee

Not much more of note on this walk, however we enjoyed it as was reasonably straight forward, although navigating over the moor between the two in bad conditions may be hard, luckily we had great weather