mullardoch 4 actual.gpx Open full screen  NB: Walkhighlands is not responsible for the accuracy of gpx files in users posts

Car camping for the first time - got to the car park at the dam at 9:30pm, folded back seats down and crashed out. Alarm set for 5am but I woke at 4:30 so got ready & headed off. 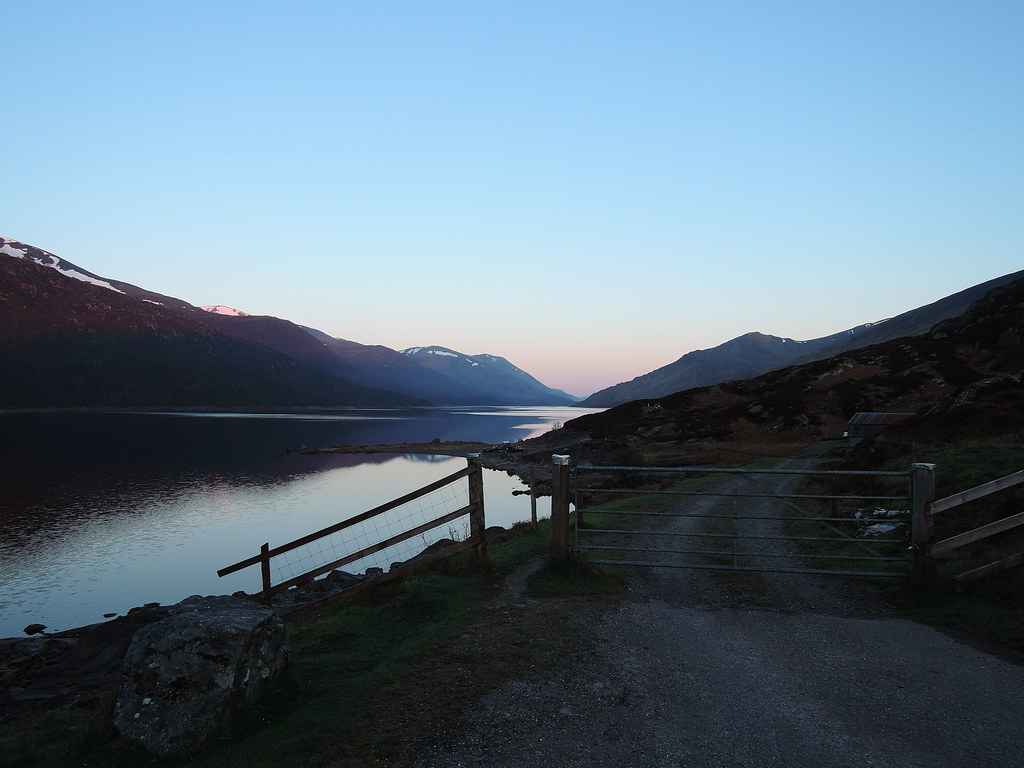 Wearing trainers instead of boots for the first time this year (because it's summer!) but the start of the path is damp/muddy so feet were a bit wet. Mullach na Maolle - went up between the 2 dry stream beds in the middle of the pic: 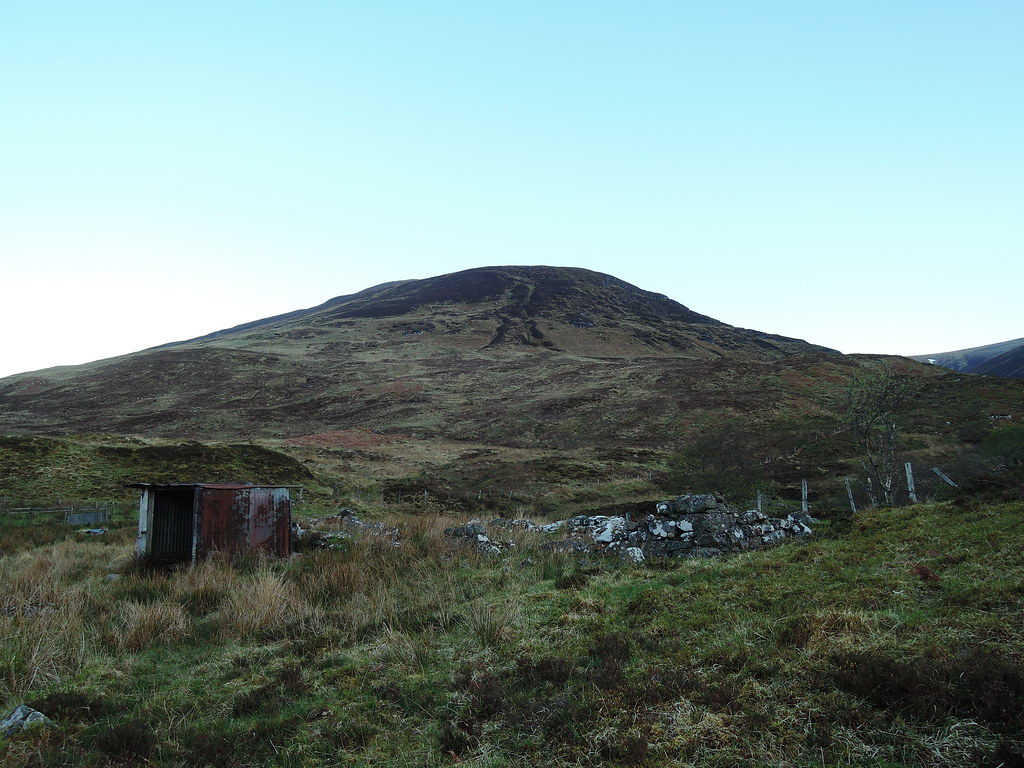 This is quite a steep slog uphill, back down to the dam: 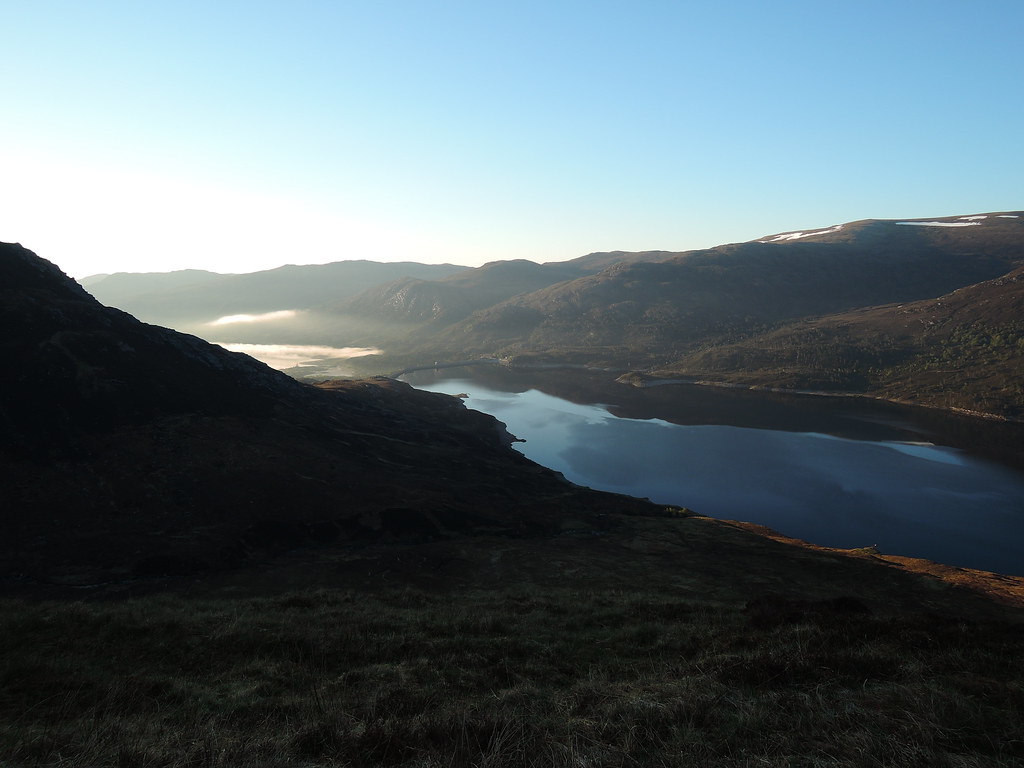 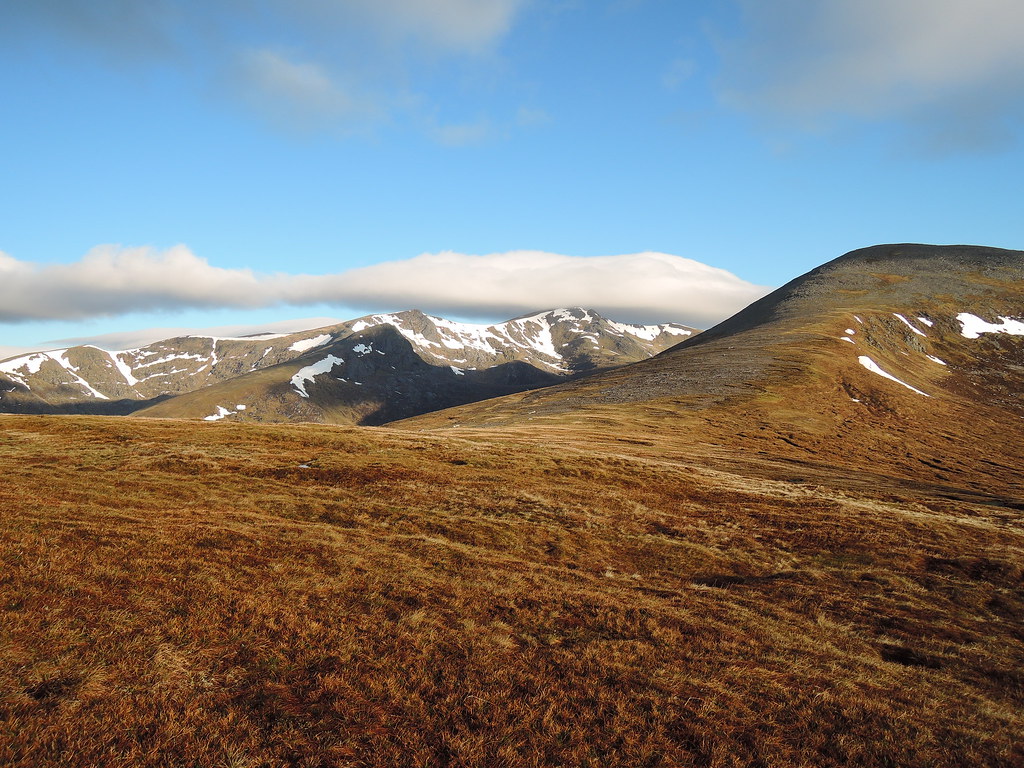 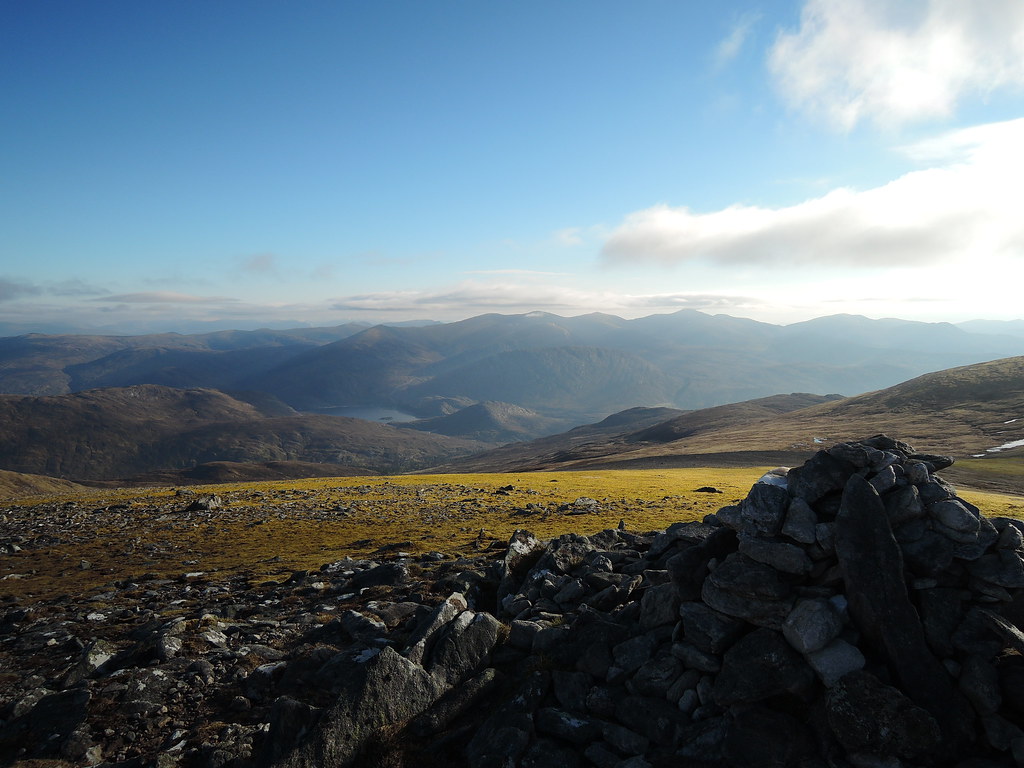 Sgurr na Lapaich next, summit in cloud though. 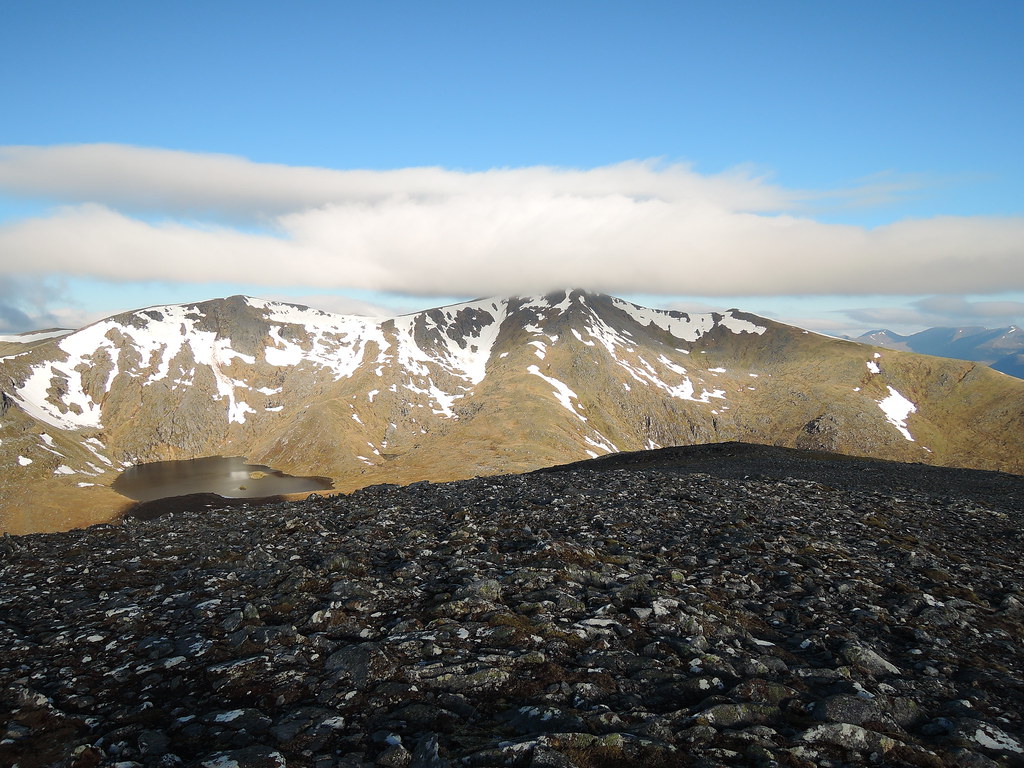 Down to the bealach. 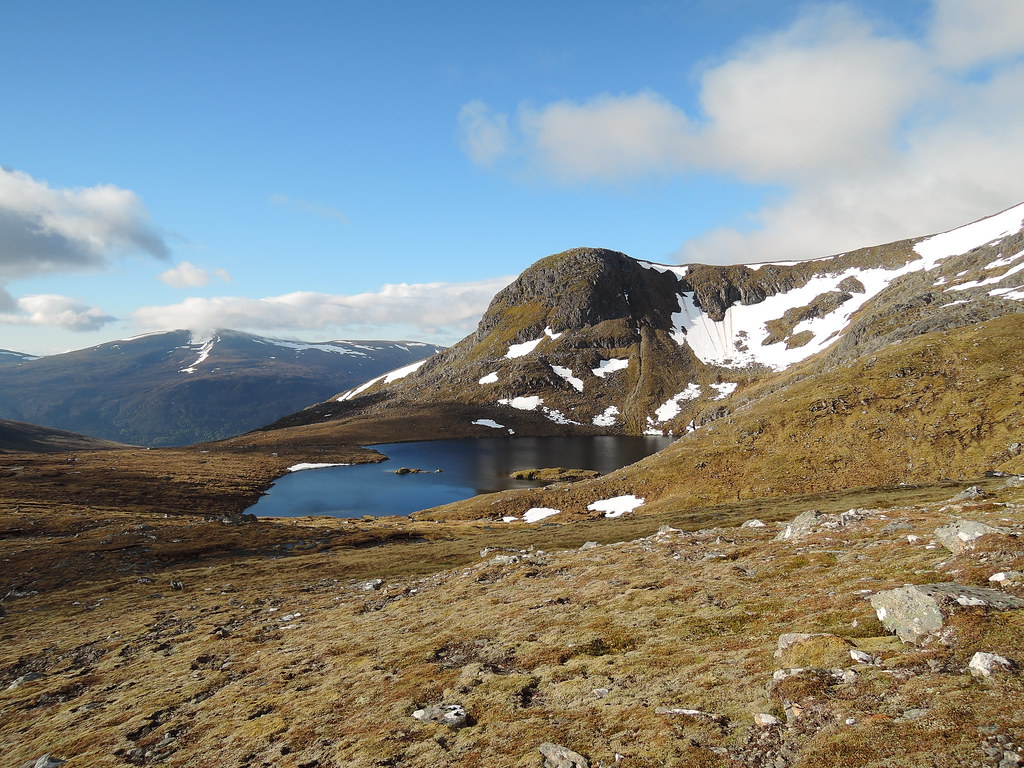 Couple of easy snow banks to cross on the way up. 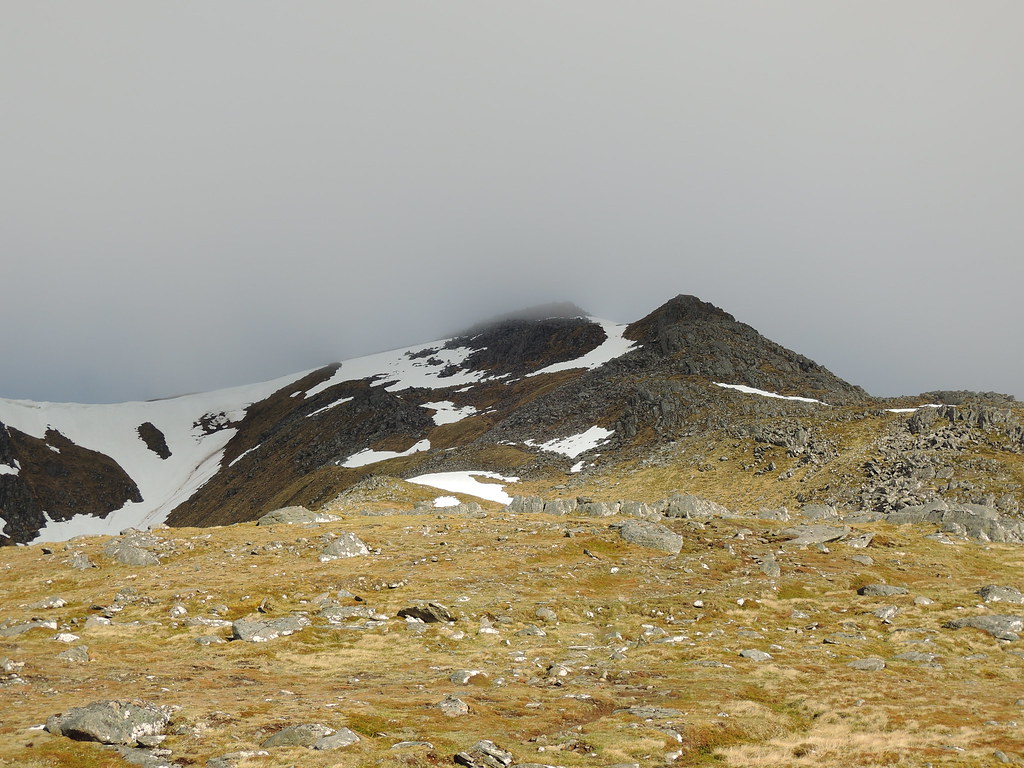 Trig point art at the top. 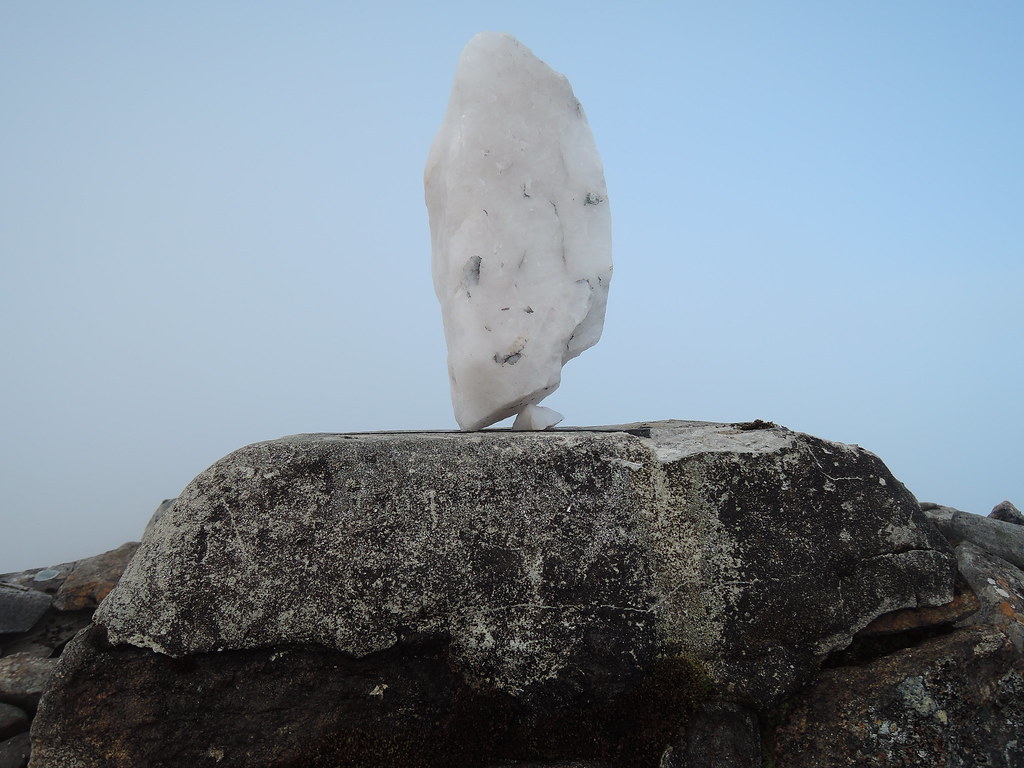 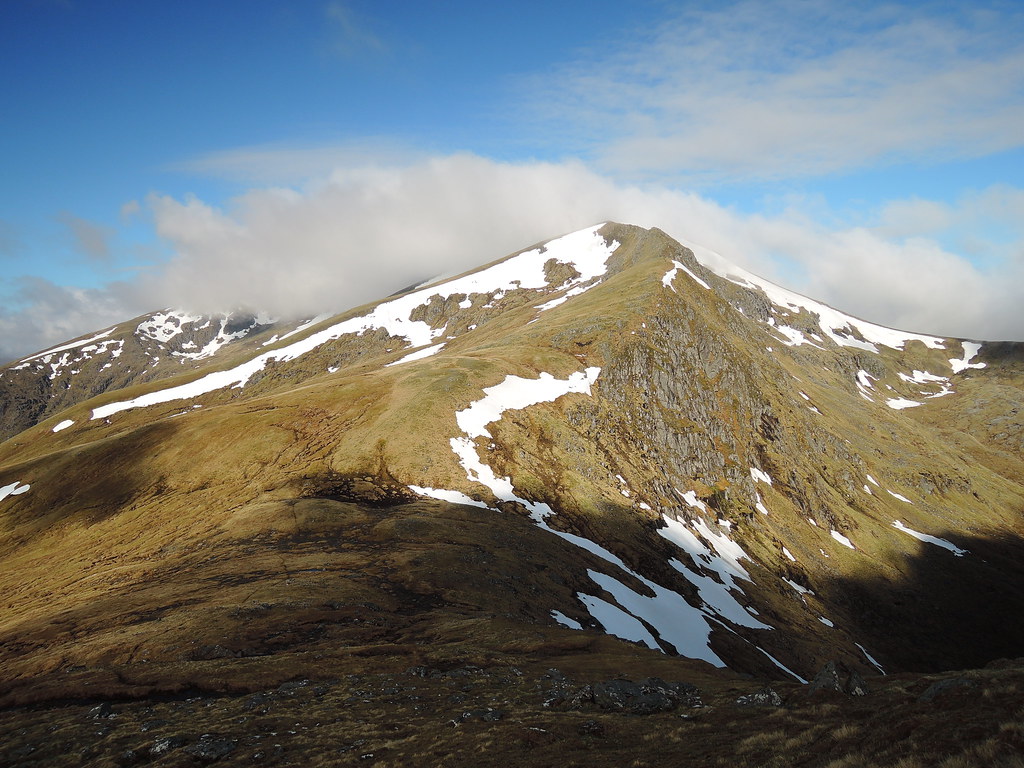 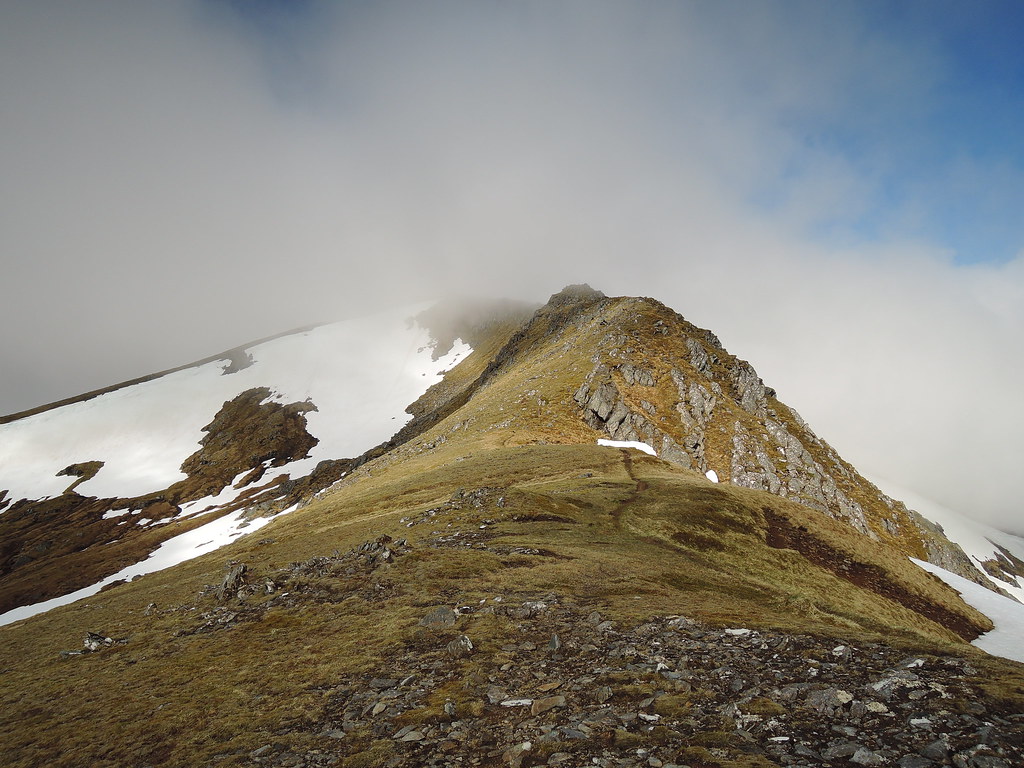 View down to the north, clouds coming in. 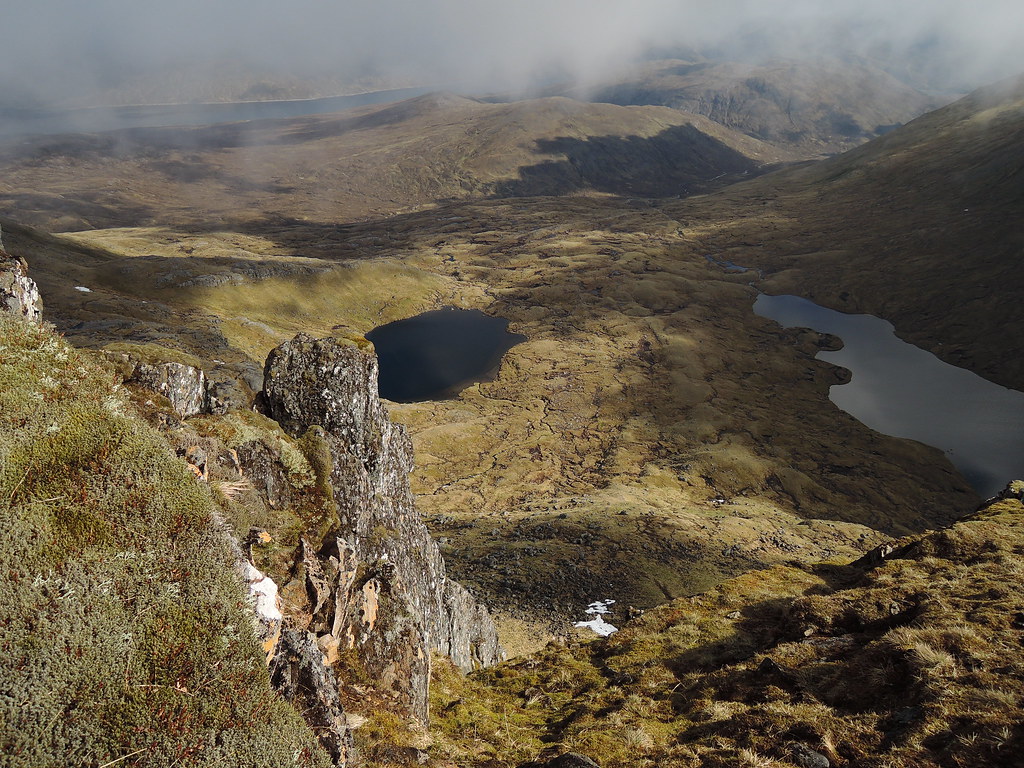 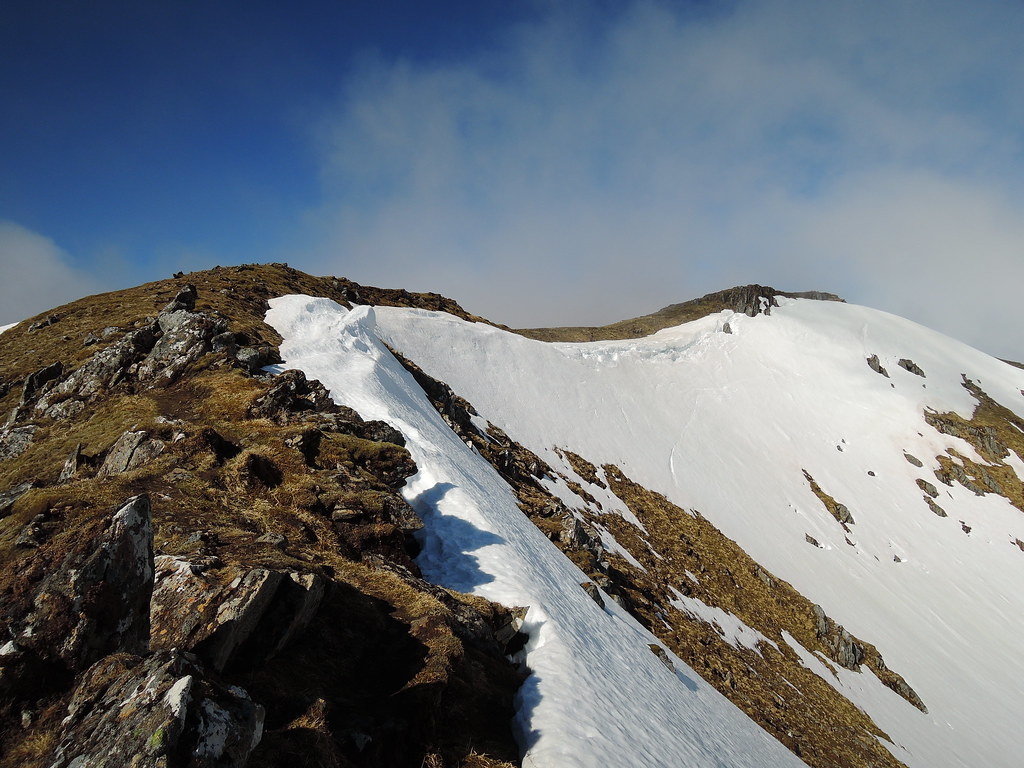 Back to Sgurr na Lapaich: 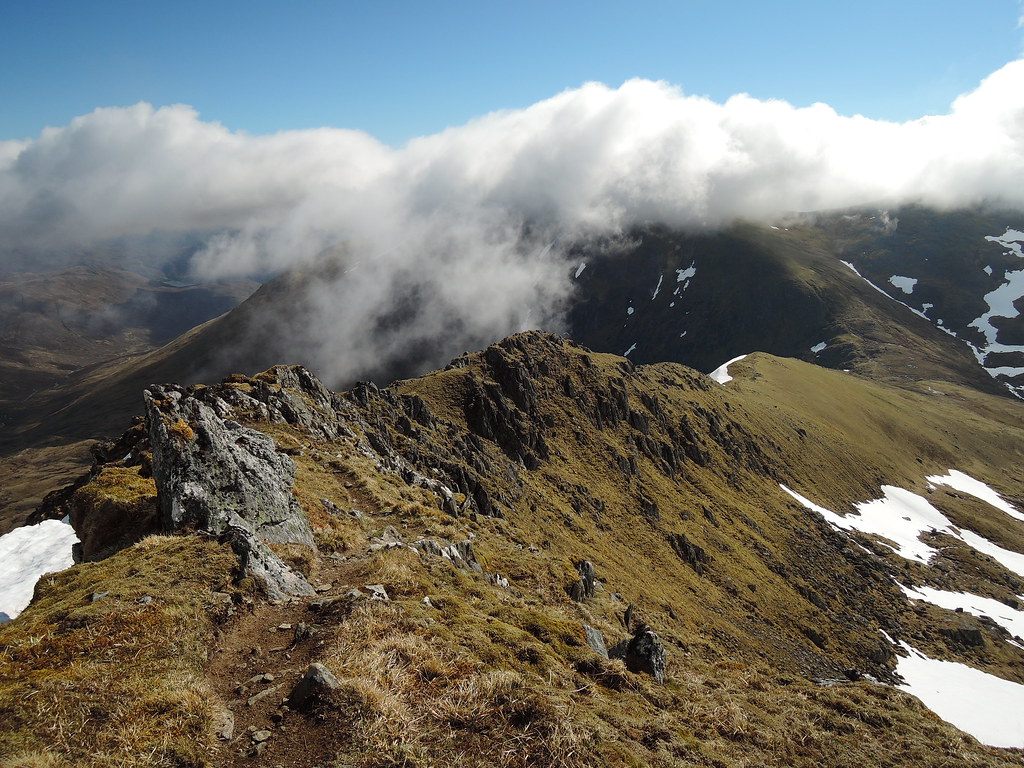 Wide grassy ridge further up, no views as the clag was down. North wind was pretty chilly but I refuse to put on another layer because it's summer! 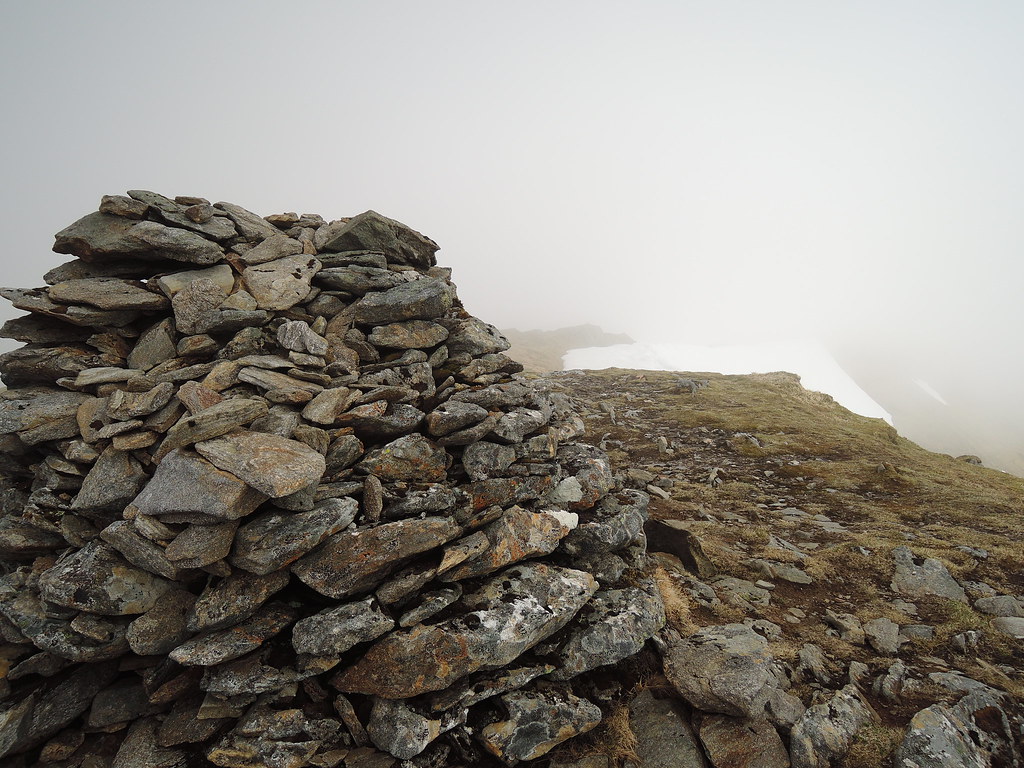 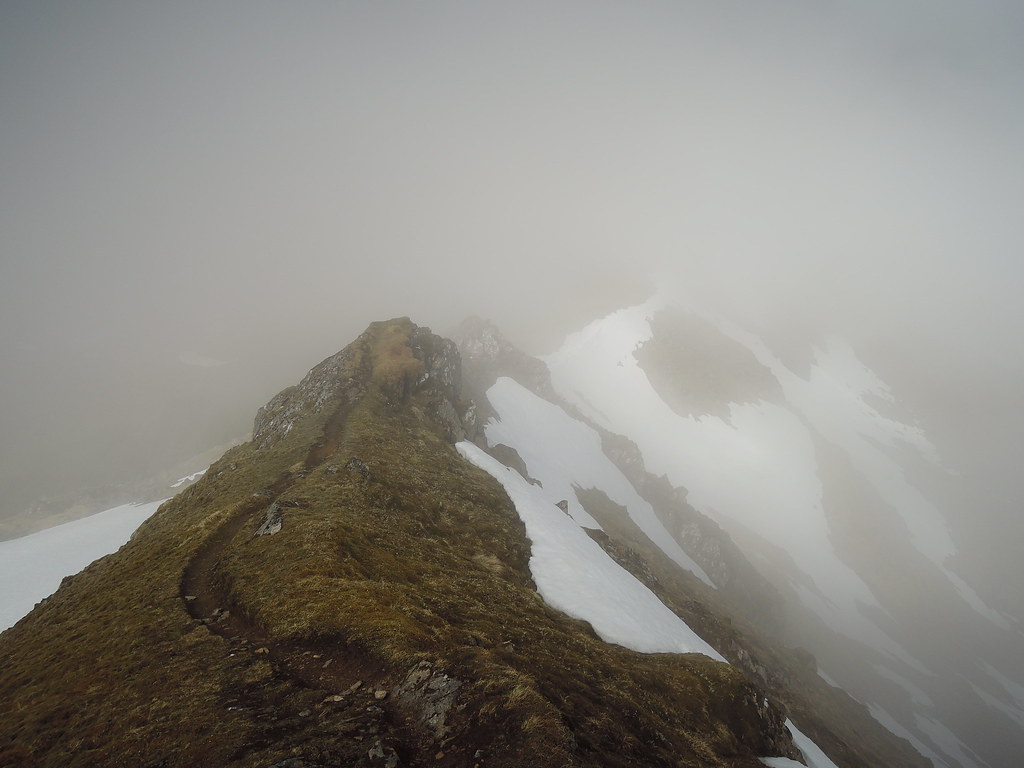 Last top before the bealach with An Socach: 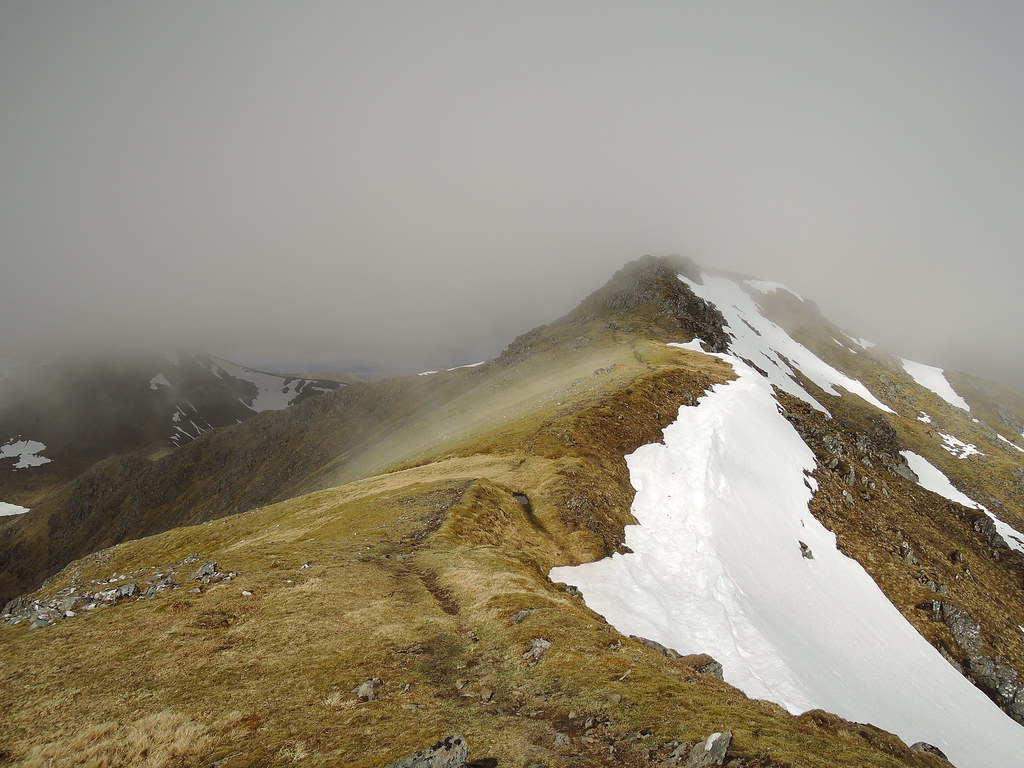 An Socach on the right and the easy descent slope leading off it to the left: 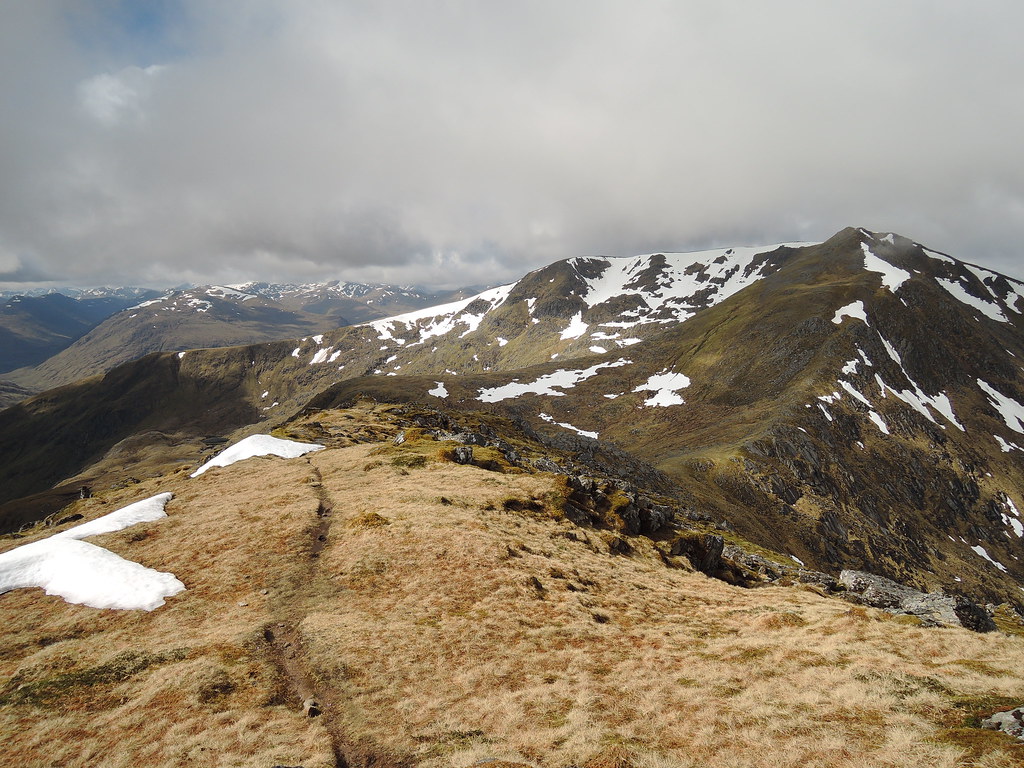 Met a group of walkers here who were coming in the opposite direction, some had camped at the end of the loch & others came by boat. 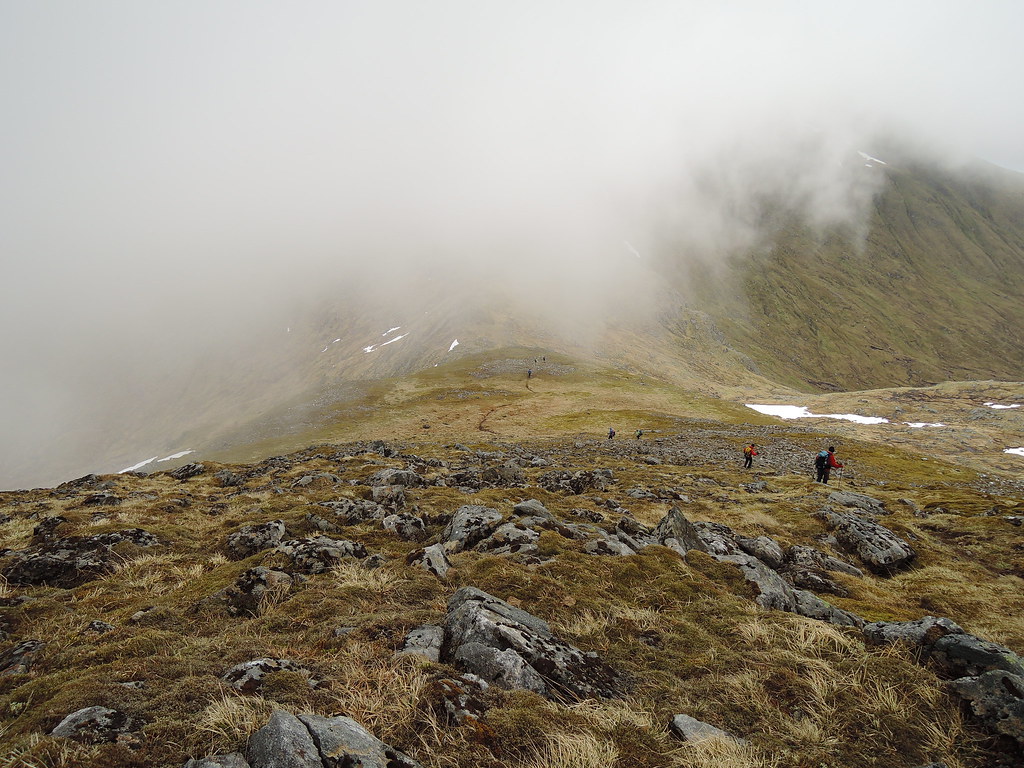 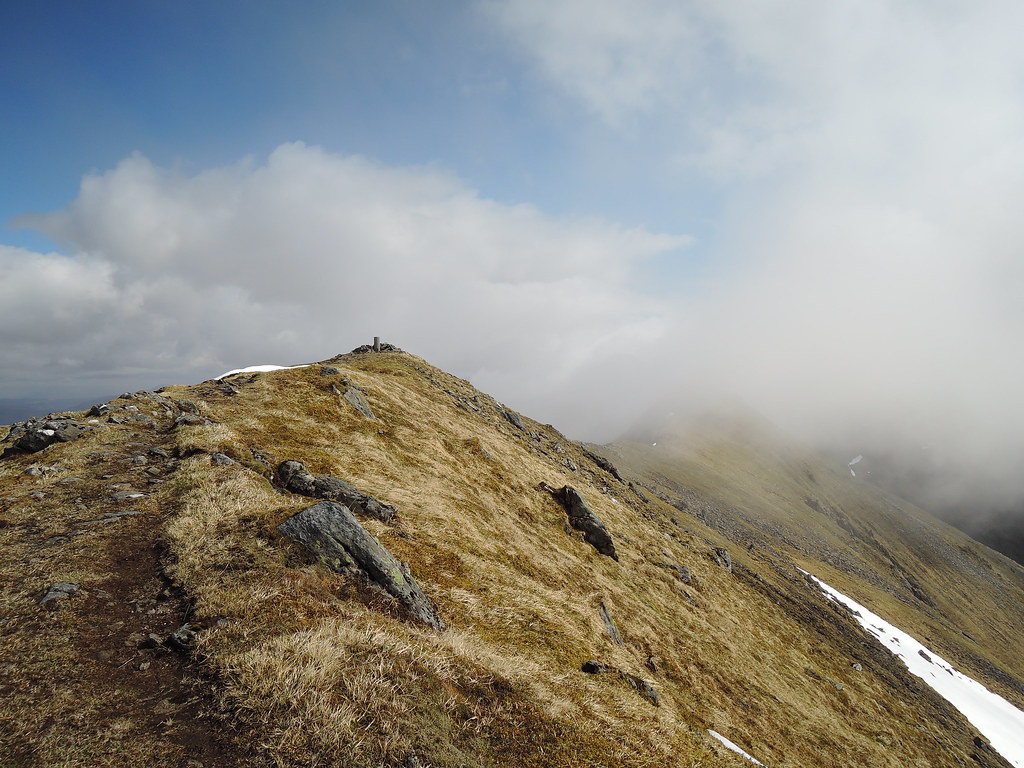 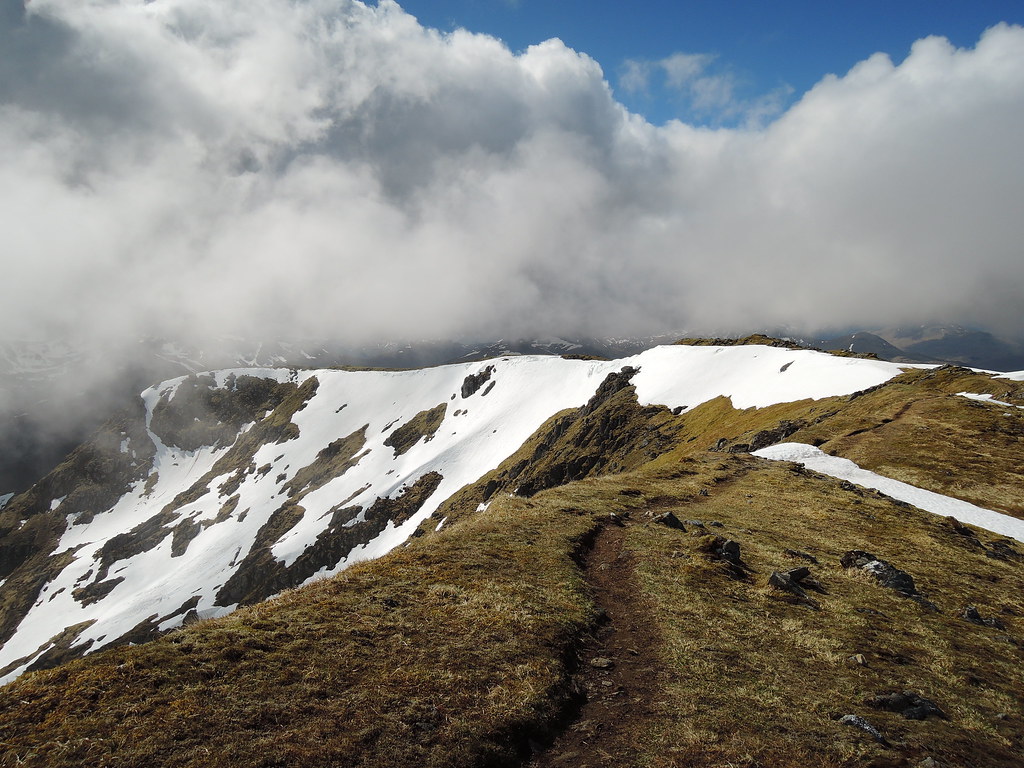 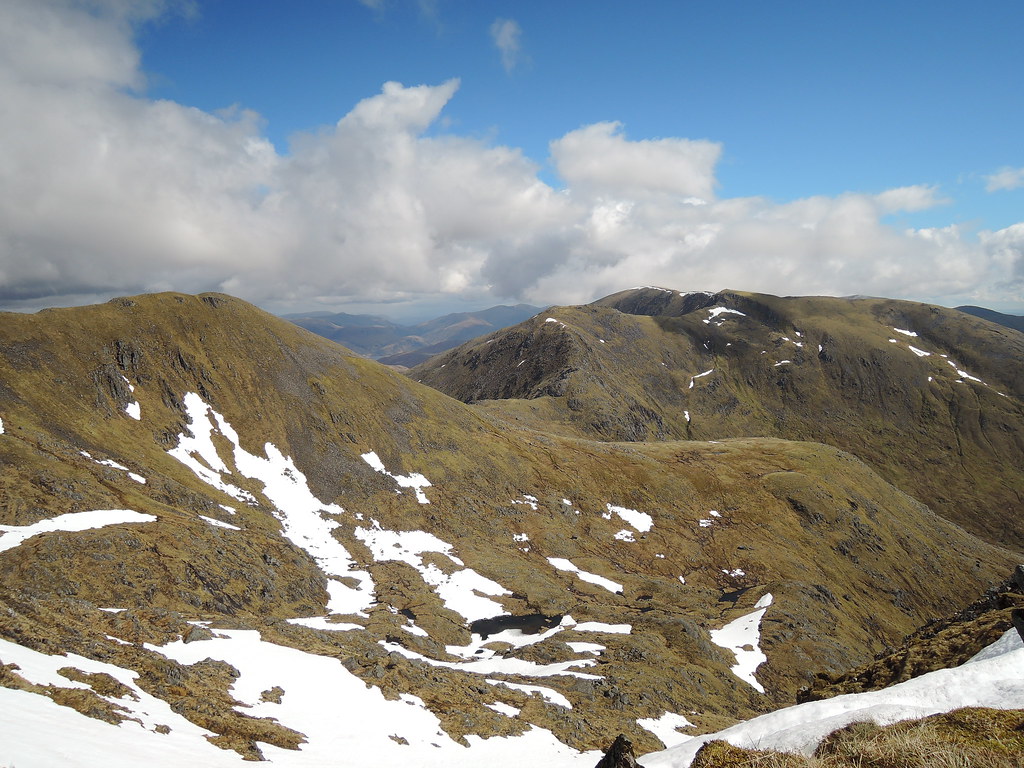 Down to peat bog: 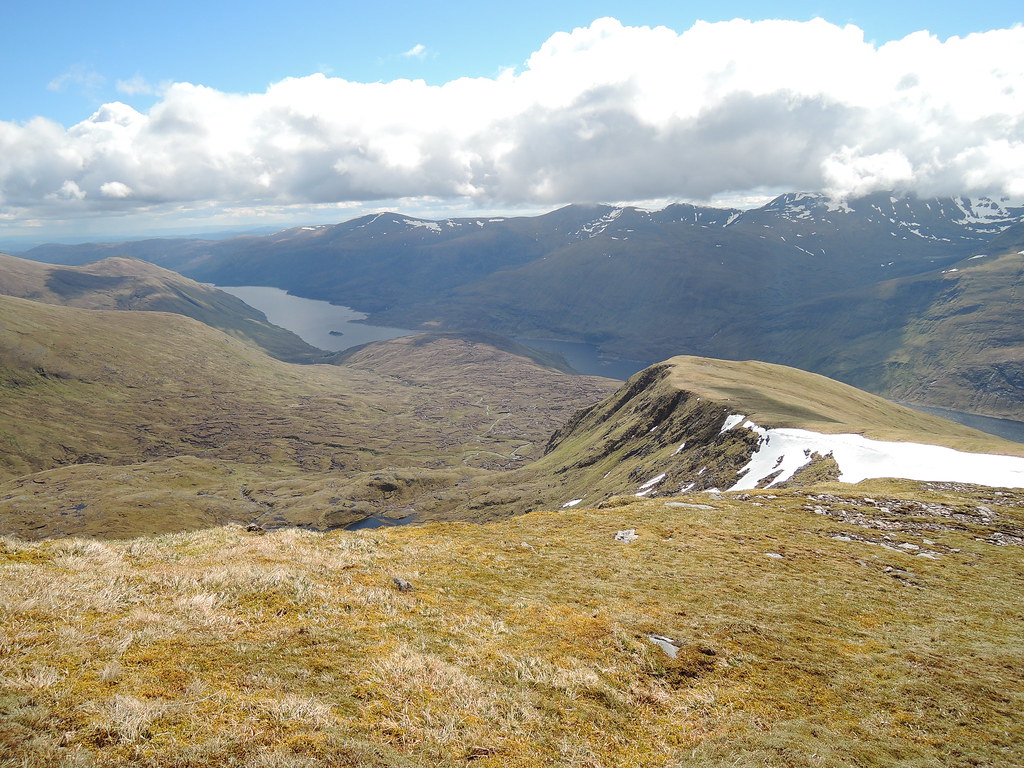 Epic bog, crossed the Allt Coire a Mhaim and continued on the north side path. 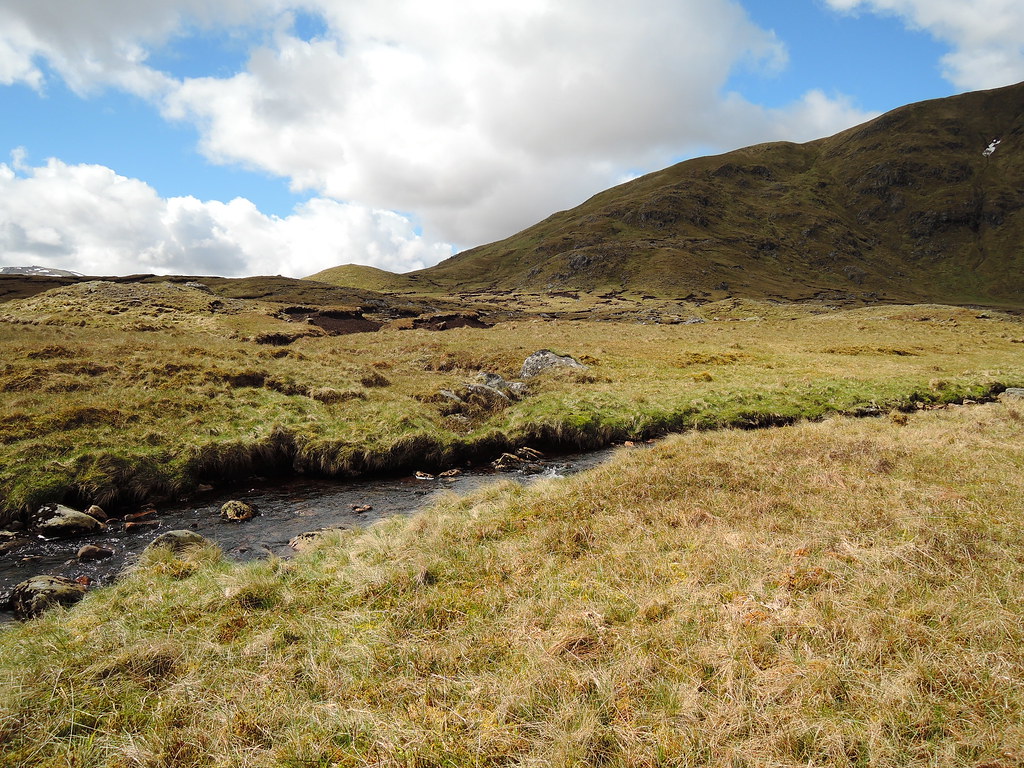 Down to the loch and then continued on the lochside path. There seem to be a couple of paths here but it's probably better to stick to the higher one to avoid the eroded bits. 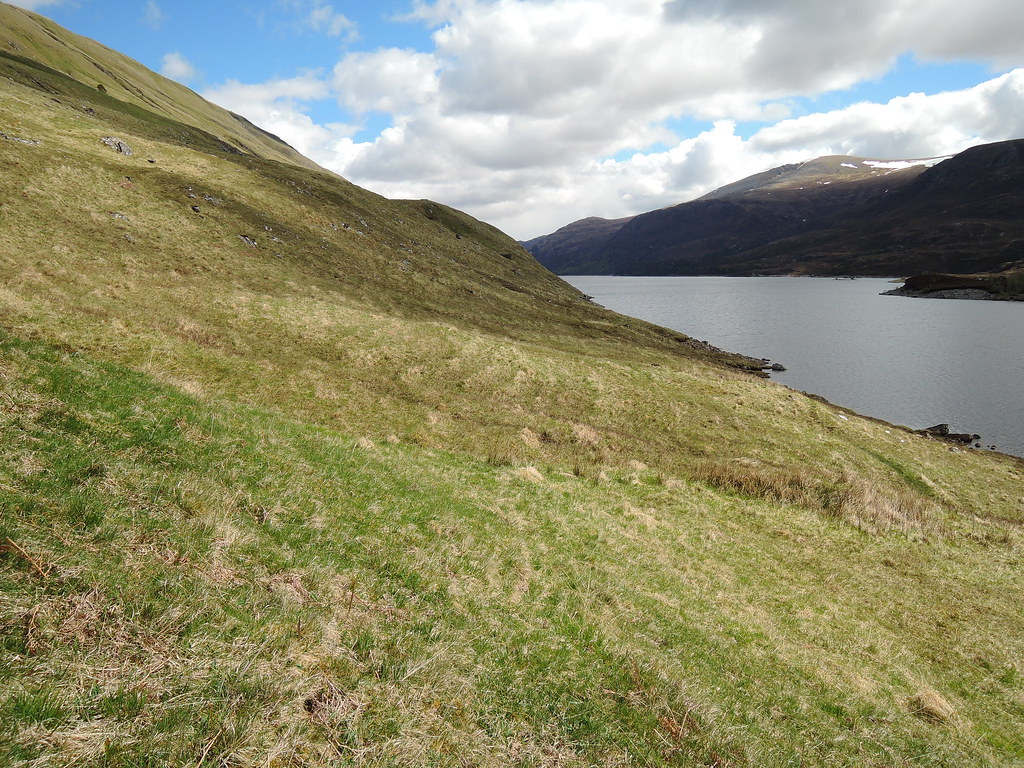 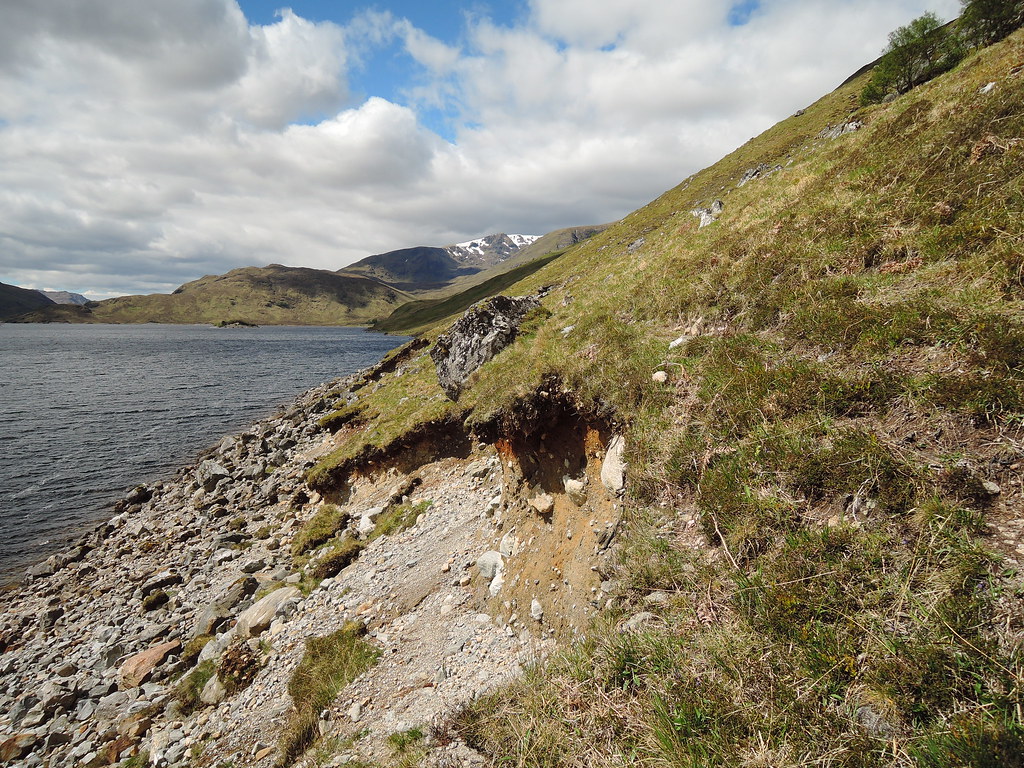 Had to pay attention to the path as it was stony, then muddy, then disappears, then eroded. Couldn't really get into a rhythm walking out so it seemed to take ages. Plus it took ages. Waded across the Allt Taige here, looks like it might be easier to cross higher up but I was glad to get the feet into some cool water. 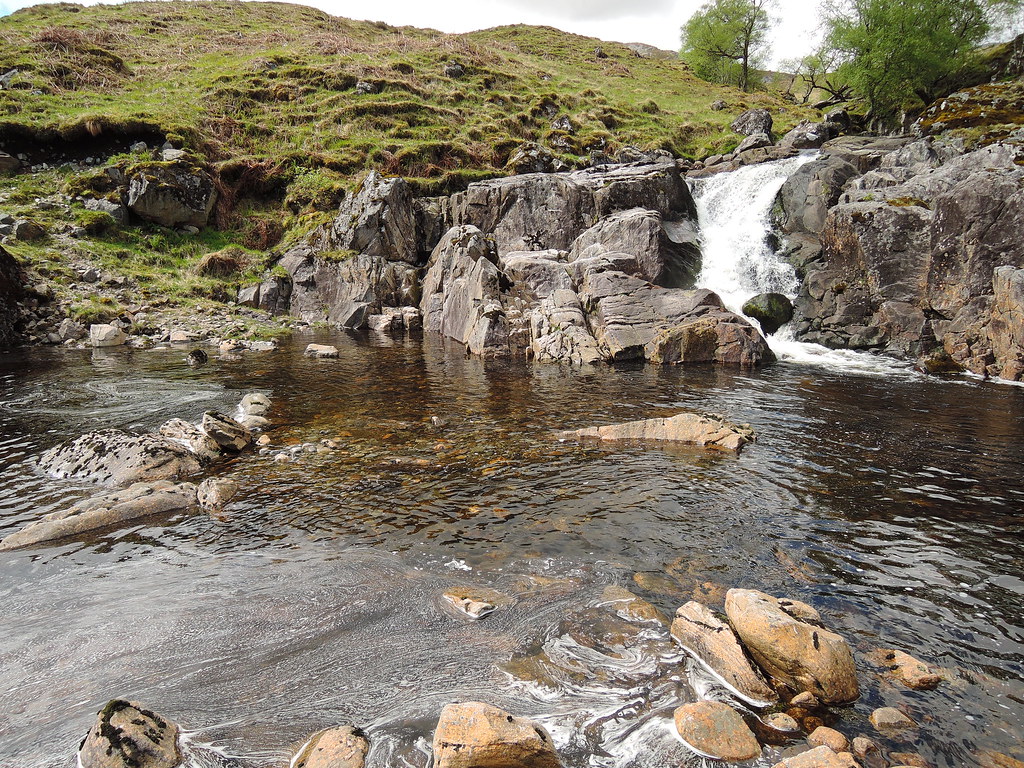 Wahey, it's the dam! 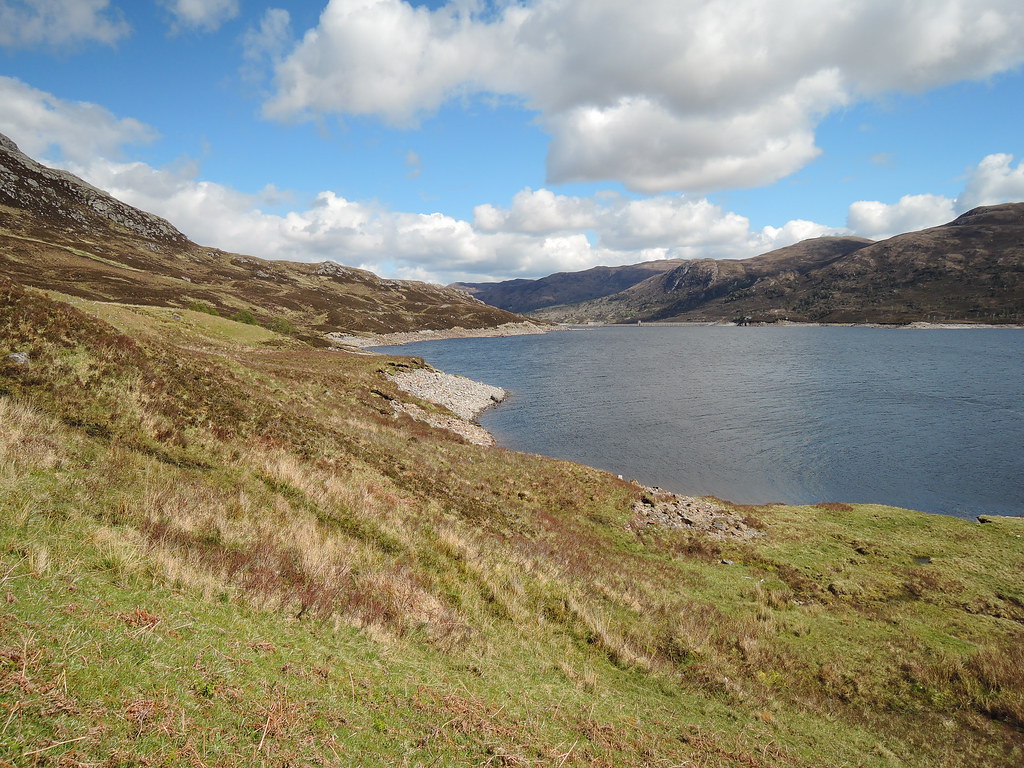 Nice pics! Long walk back along the loch though. Still a wee bit of snow there, but looks like the crampons don't need to come oot. Thinking of doing the "mullardoch 12" when 3 consecutive days of good weather can almost be guaranteed!

Was there any midge biting?

RTMcB wrote:Nice pics! Long walk back along the loch though. Still a wee bit of snow there, but looks like the crampons don't need to come oot. Thinking of doing the "mullardoch 12" when 3 consecutive days of good weather can almost be guaranteed!

Was there any midge biting?

Good luck with the weather, a few midges appeared at dusk but I got an undisturbed night with the car window open & didn't notice any on the walk

Oh I enjoyed reading that

I was just up that way a couple of weeks ago and found the Mullardoch path hard going too - it just doesn't know what it is doing! although I jumped the waterfall at the Allt Tighe, and fell in

Really enjoyed this report, and especially the pics. My camera ran out of charge when I did the round in 2012

I also went up the dry stream beds - I found it was a good route.

basscadet wrote: I jumped the waterfall at the Allt Tighe, and fell in

I just avoided taking a plunge recently so I'm playing it safe from now on...probably.

Alteknacker wrote:As regards the Mullardoch path: there's a way of avoiding it... (do the other 8......

Aye, or get the boat like the sensible folk do

Mmmm, something to look forward to. Very much like to look of these hills.

A big round and all on foot, well done!

Aye they are a tough set of peaks