Four wheels, two pairs of boots and a Munro

Four wheels, two pairs of boots and a Munro


Wasn't expecting this part of the world to be as beautiful as it was. Lovely drive from house and Glen Tanar was very picturesque. 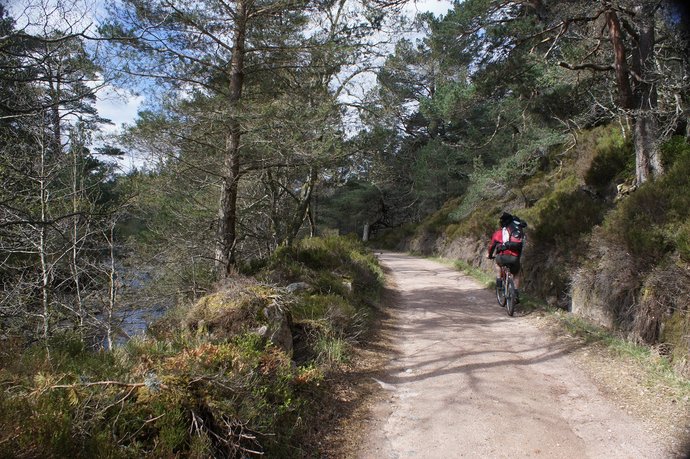 Noting the "long walk in" we took the mountain bikes and once parked up at the end of the public road and we walked/biked through the stunning pinewoods with the river framing our view to the left of us.

Really tough going on the bikes as it was a constant uphill even though it looked benignly level! LOTS of uphill. Granted it was a gradual incline (I just put it down to me being a bit of a girly wimp). The return was a LOT easier. Lovely and warm in Glen Tanar

until the penultimate bridge near the iron gateway just past the remote cottages. 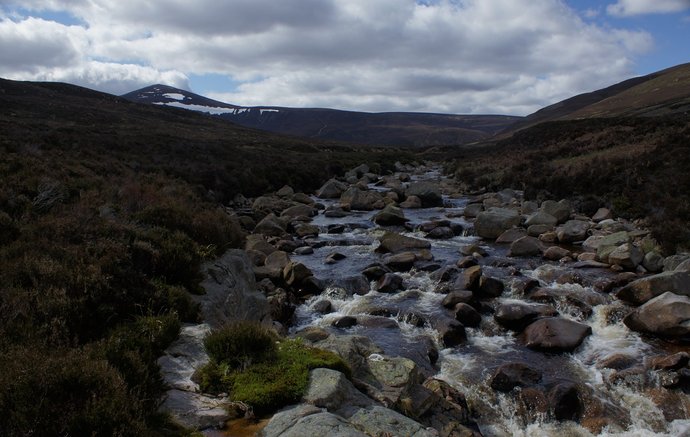 You don't need a compass to work out which direction we are headed for! Mount Keen and Tanar water.

At this point (about 5.5miles from the start) we rested the bikes Bikes "rested" and we continued on foot.

and continued on foot to a final and very pretty bridge near where a group of youngsters and their instructors/chaperones had made a camp.

After crossing the bridge Looking back down Glen Tanar

we began to climb and the ascent did not let up until the summit. Absolutely no respite in the lay of the land. On the plus side we gained height fairly quickly even tough we required a few "breathers" on our ascent.

Met up with the "campers" who we perched on the hillside near where the tracks split and trying to look all "roughty toughty" we smiled a cheery good morning" and then huffed and puffed our way onwards.

The climb really began to pull at this point and the track got rockier and steeper with each step. Huffing and puffing our way to the trig summit perched precariously on the rocky ground we stopped for photos, lunch and to drink in the fabulous views from every direction. The snow-dusted High Cairngorms to the NW and Lochnagar were mightily impressive. Lochnagar and the High Cairngorms beyond

Returned exactly the way we'd come, passing the campers on the steep descent. ....and back down again. Looking forward to those bikes!

Boots took a hammering on the descent, picking up lots of little gravelly stones. There's all kinds of things in those boots. Dig deep enough and I'm sure that Shergar will pop out.

Before too long we were back at the bikes and pretty much freewheeled the 5.5miles all the way back to the carpark. Walked/biked by Sarah and David in 5hours 12mins

Re: Four wheels, two pairs of boots and a Munro

Nice one Sarah - it must be much harder from Glen Tanar

I do sometimes wonder if cycling uphill before one starts walking affects our stamina, probably more so because we don't cycle too often