east affric 5 actual.gpx Open full screen  NB: Walkhighlands is not responsible for the accuracy of gpx files in users posts

First time driving through Glen Affric on Mon night, scenery is a bit special. Parked in the quarry, couple of cars there already, up & and away at 5am. Wet path leads up from Chisholm Bridge: 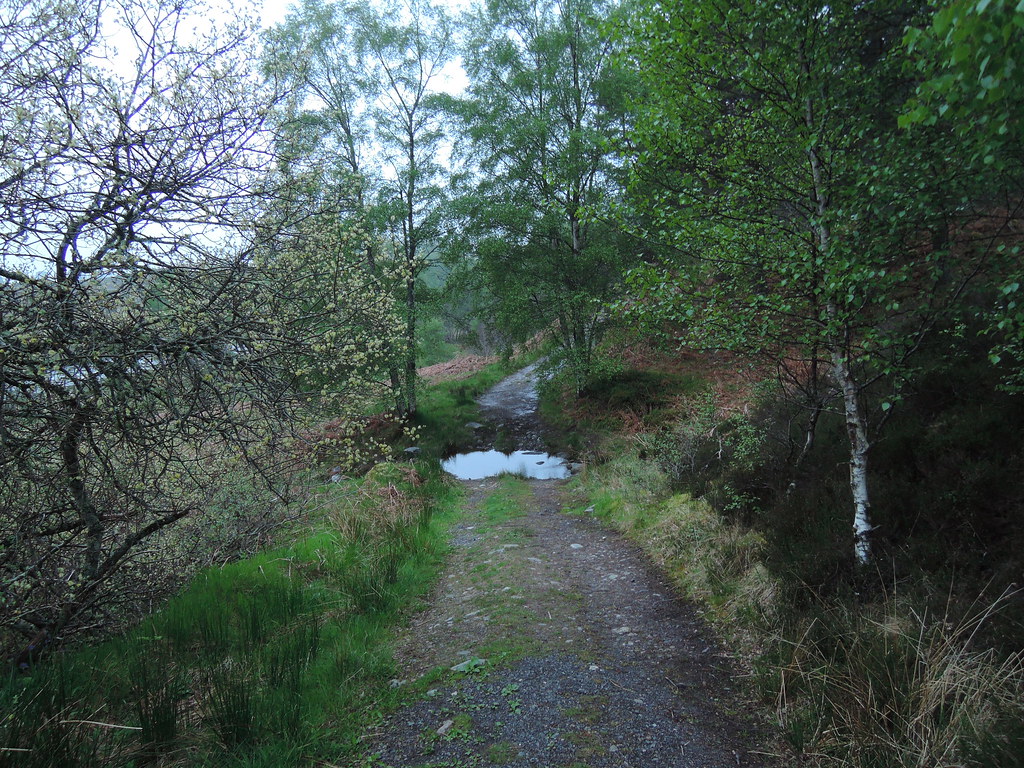 Becomes a muddy track later on, then right turn for a steep boggy plod to Toll Creagach. 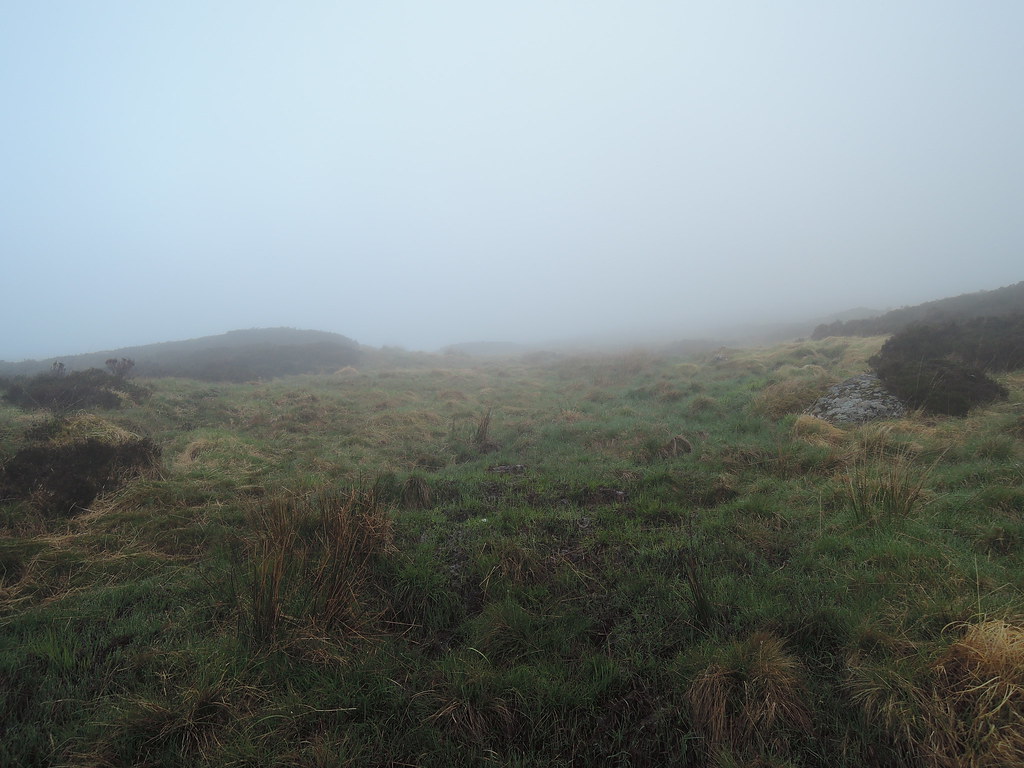 Got drier & stony higher up. 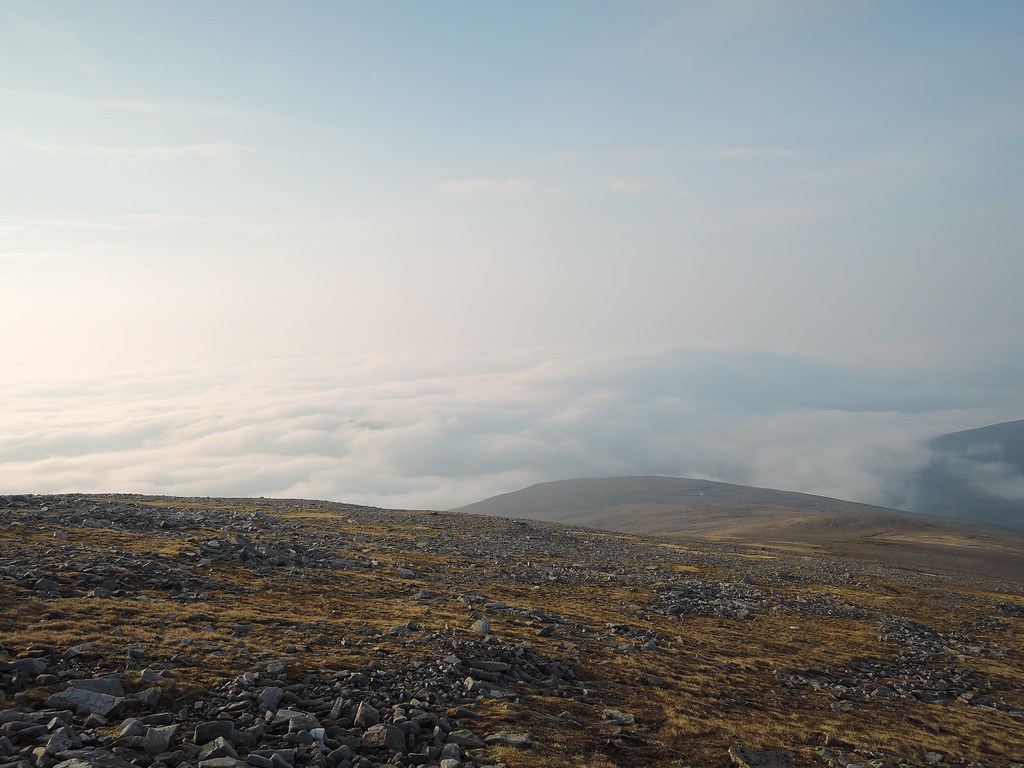 There's a trig point & cairn at the top. 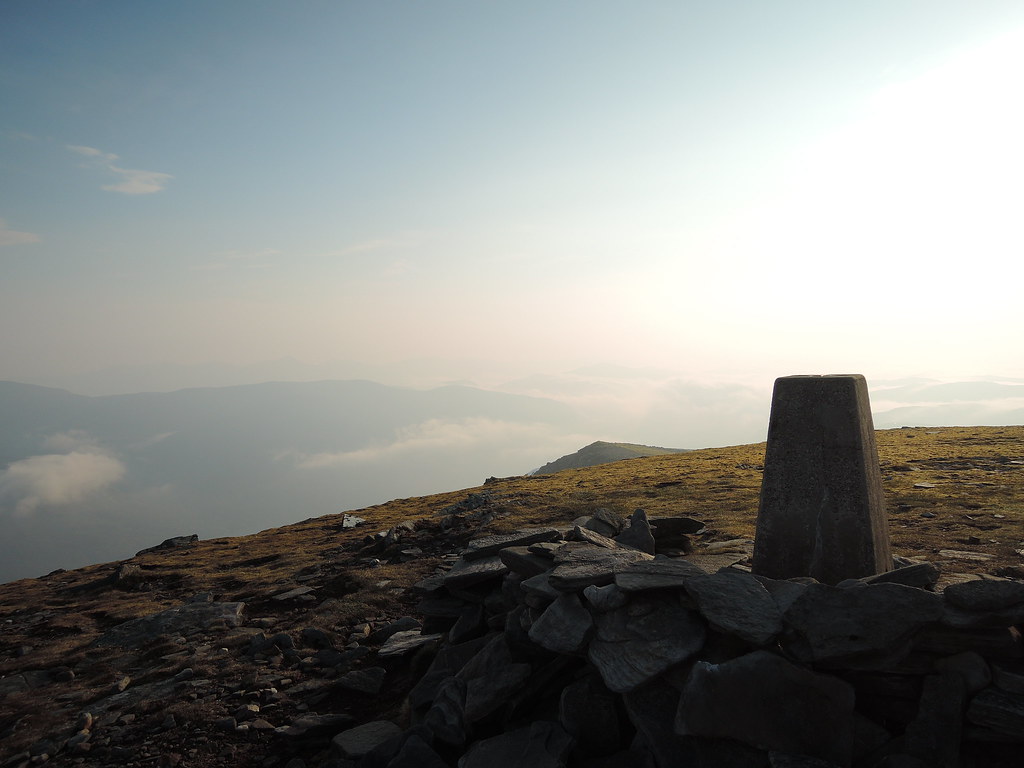 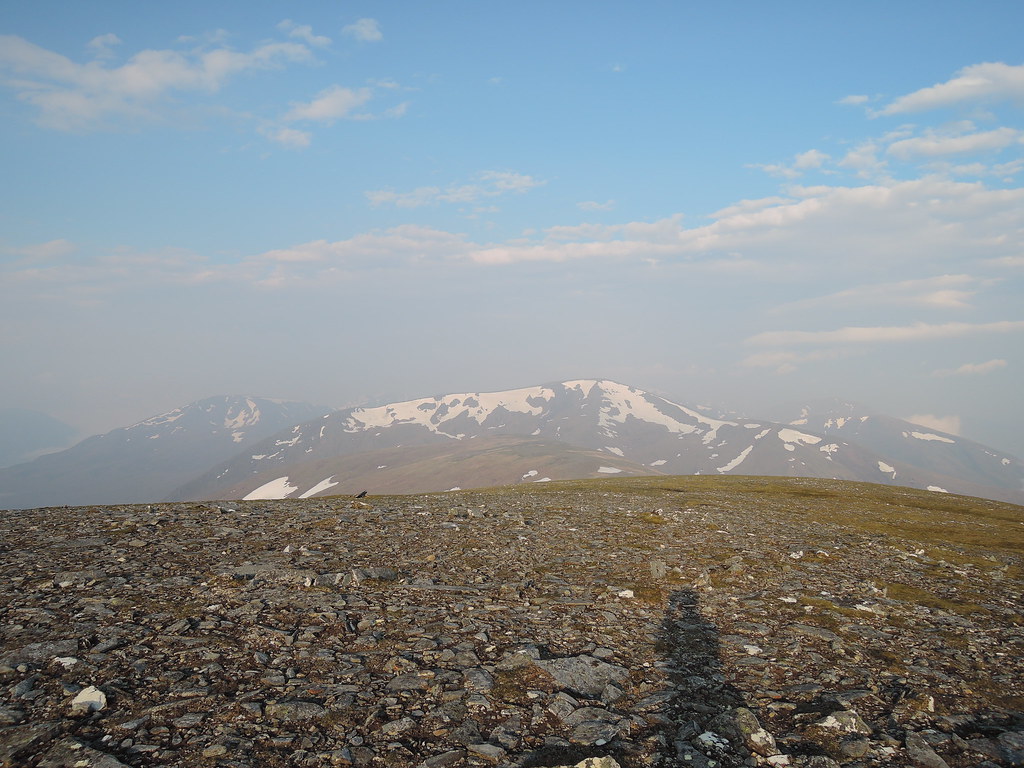 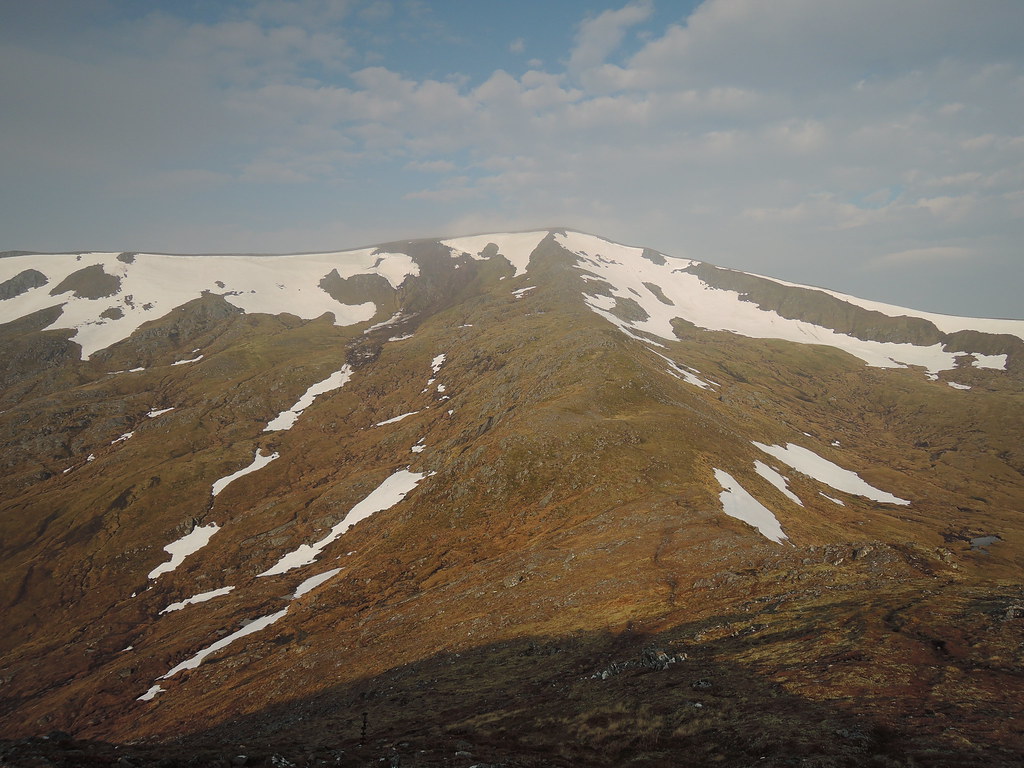 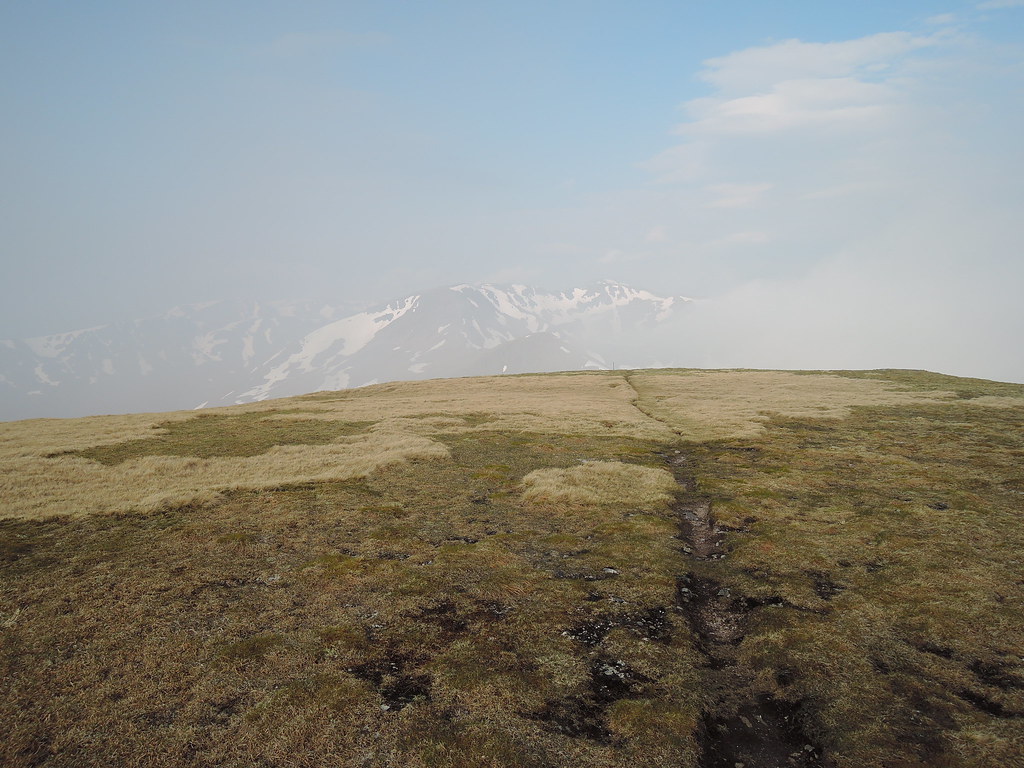 to the rest of the hazy hills. 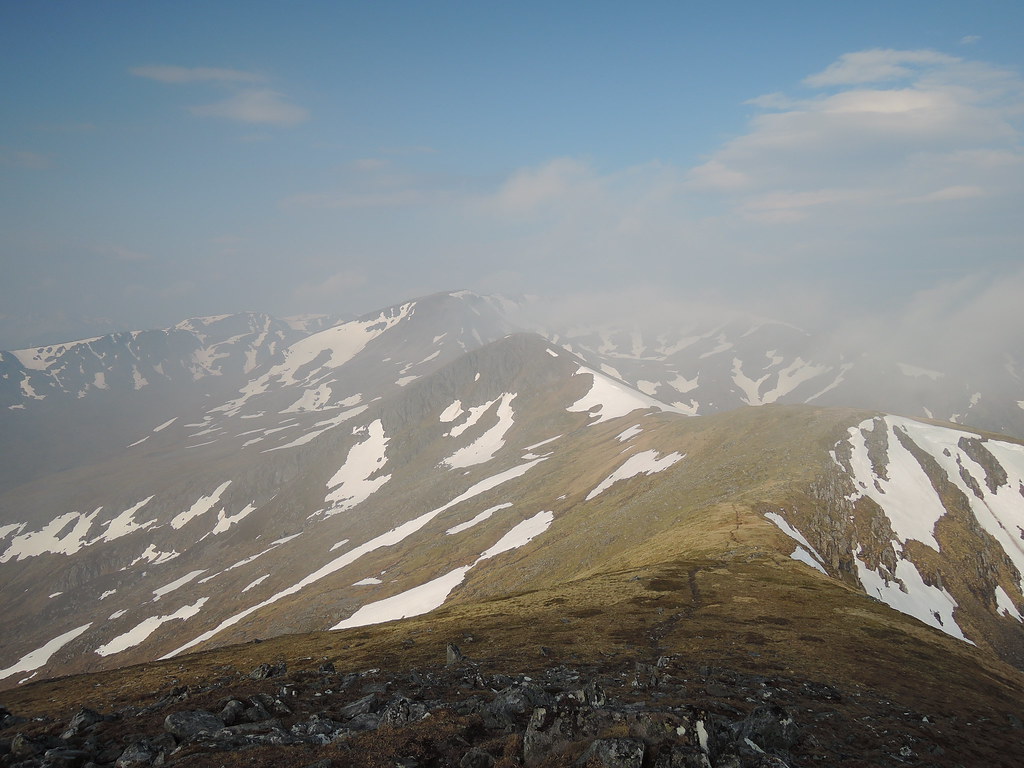 Ridge is lower up to Sron Garbh, where it steps up and continues to Carn Eige. An Leth-creag is halfway along the lower bit of ridge: 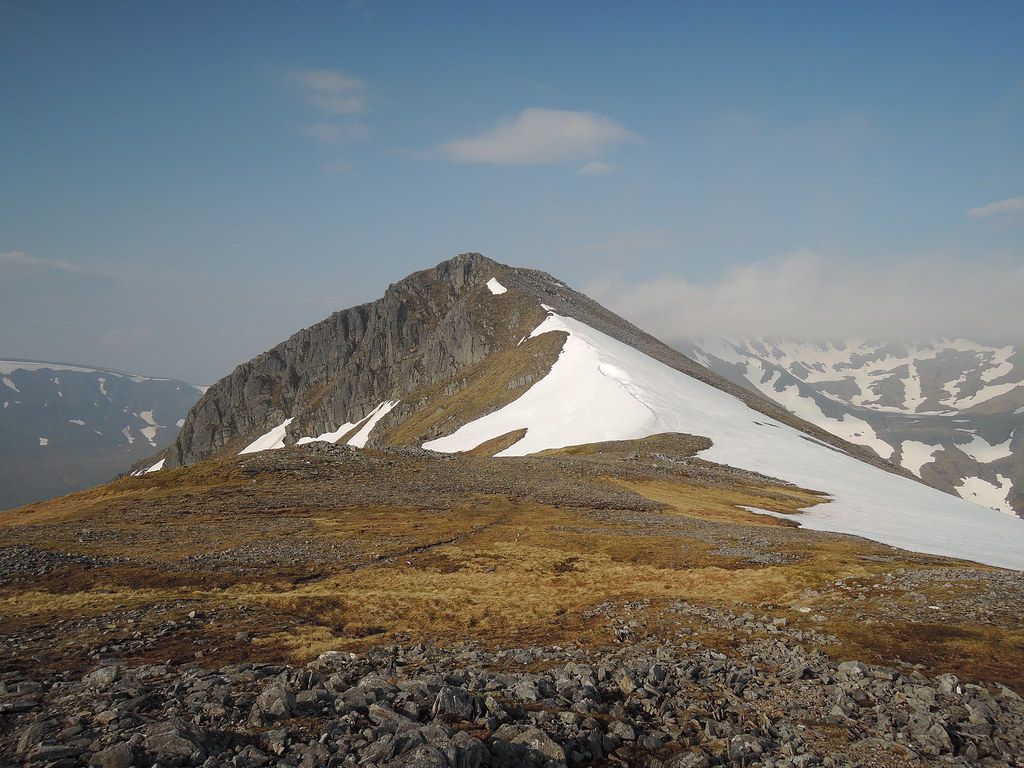 Sron Garbh and the higher ridge curving round to the right. 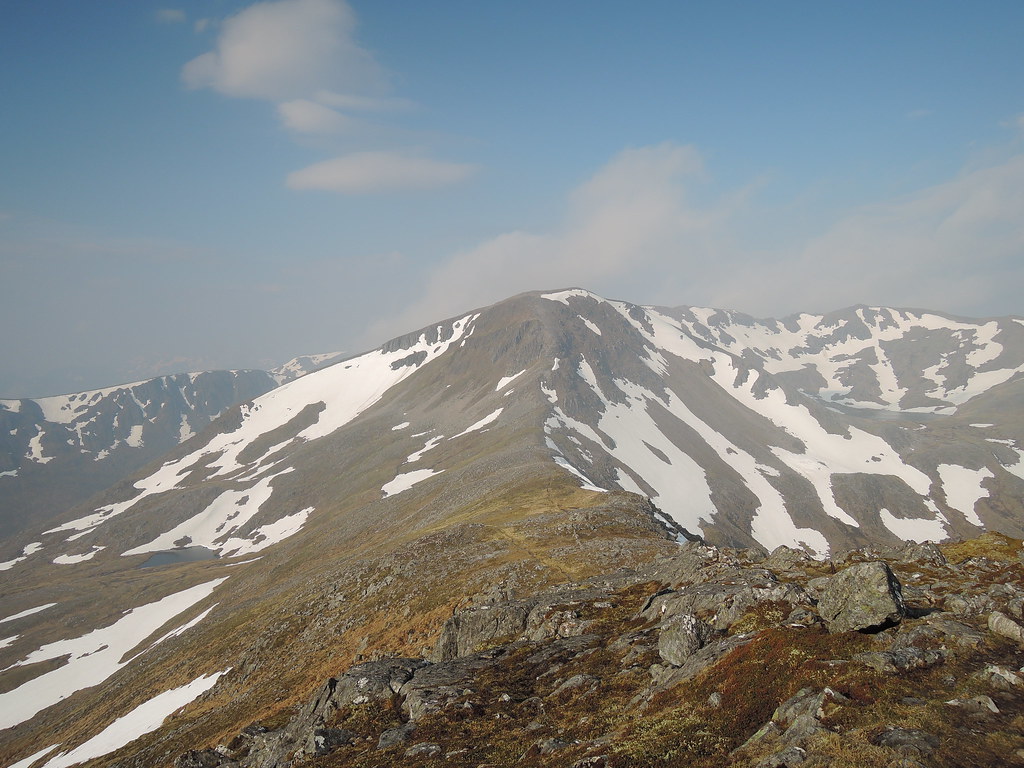 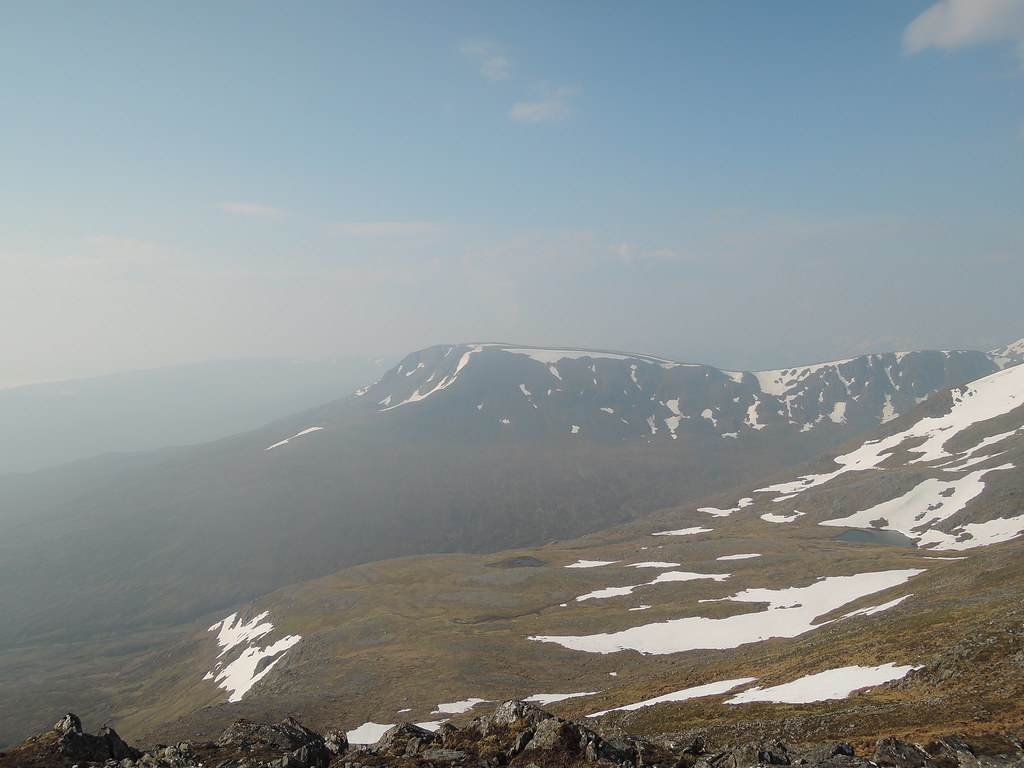 On the higher ridge, Carn Eige and Mam Sodhail seem far off in the hazy background. 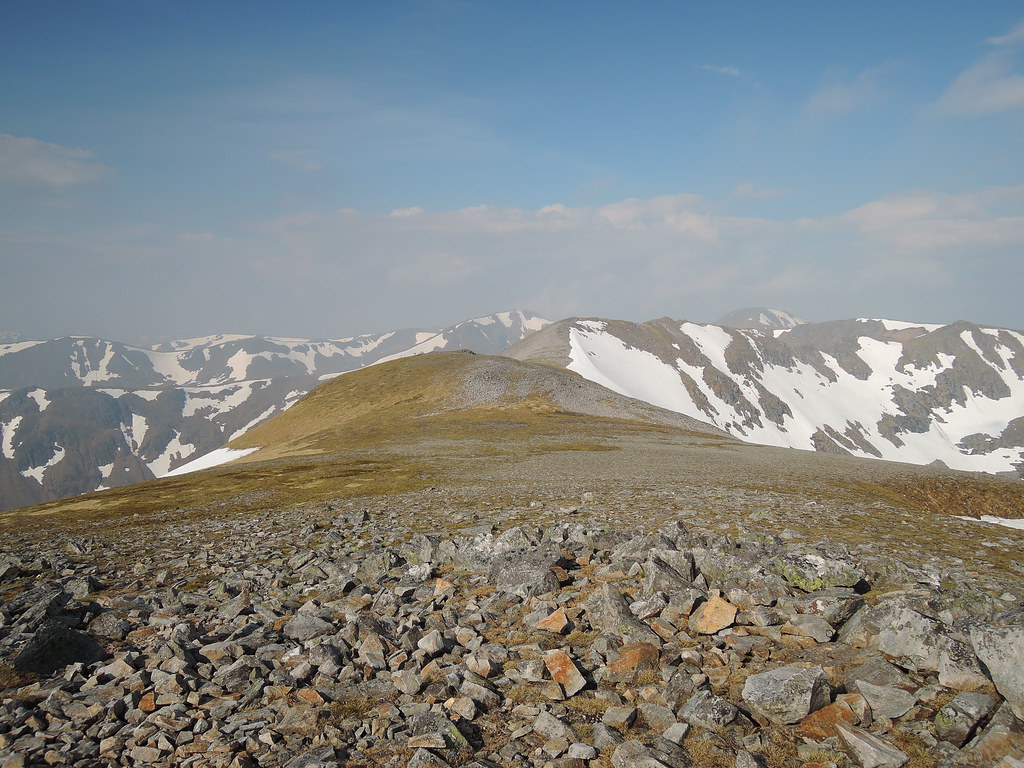 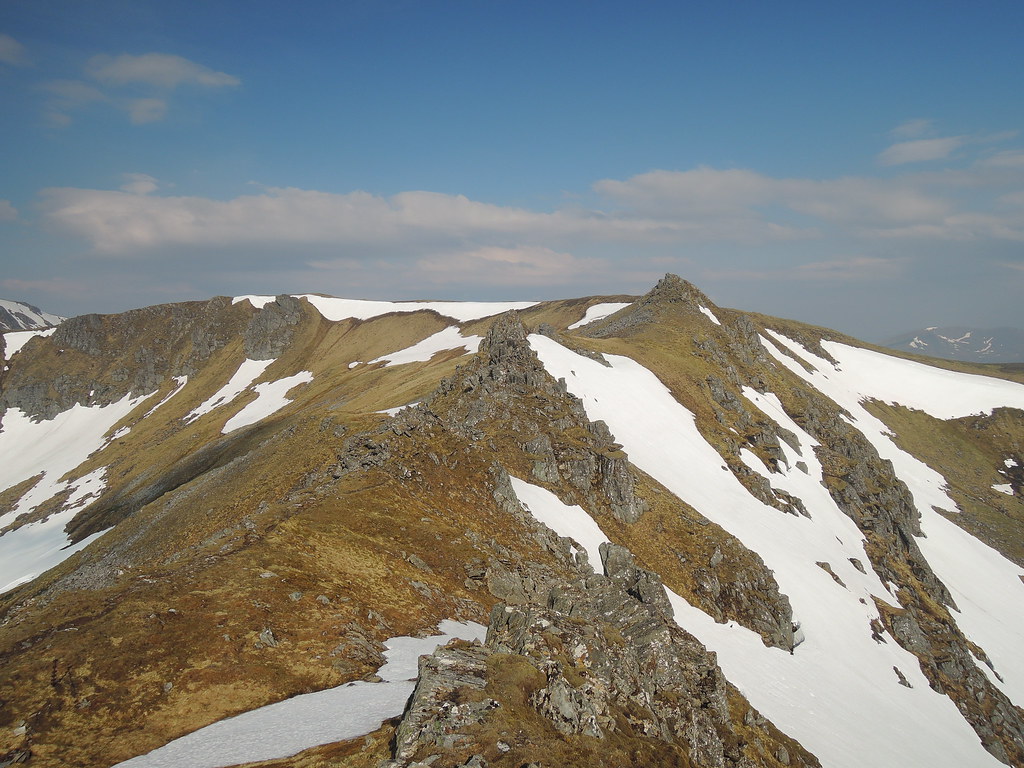 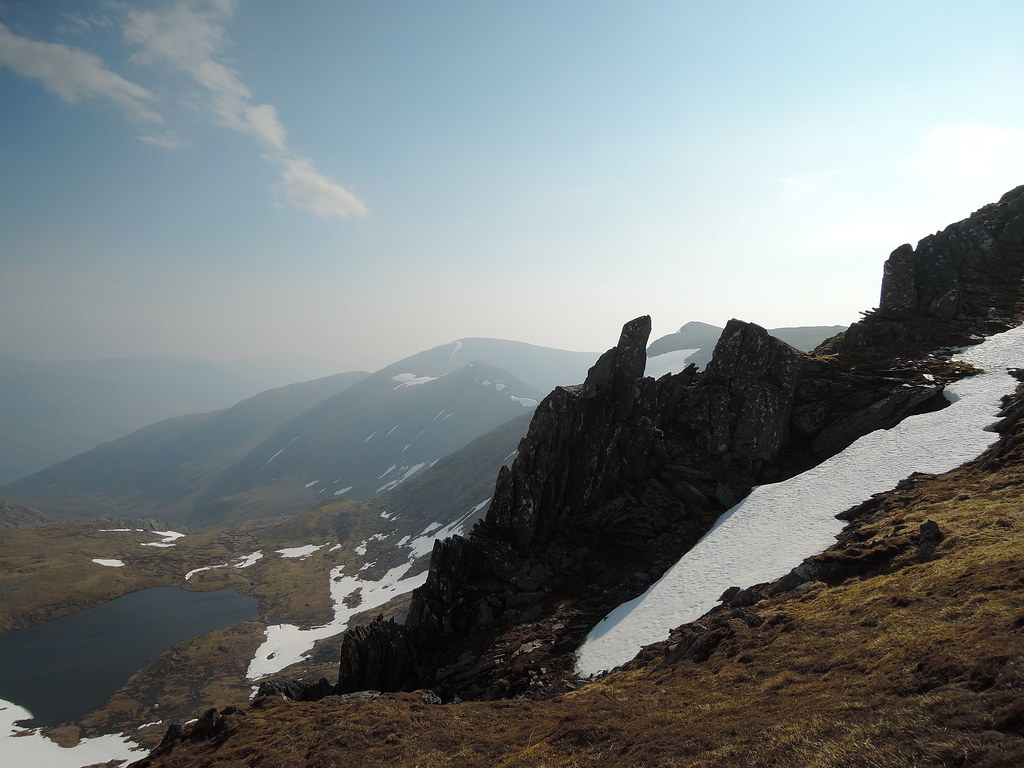 Tried going straight over the top of the first one, but it looked like a vertical descent on slabs at the other side so had to go around. Bit of fun to break up the walk anyway 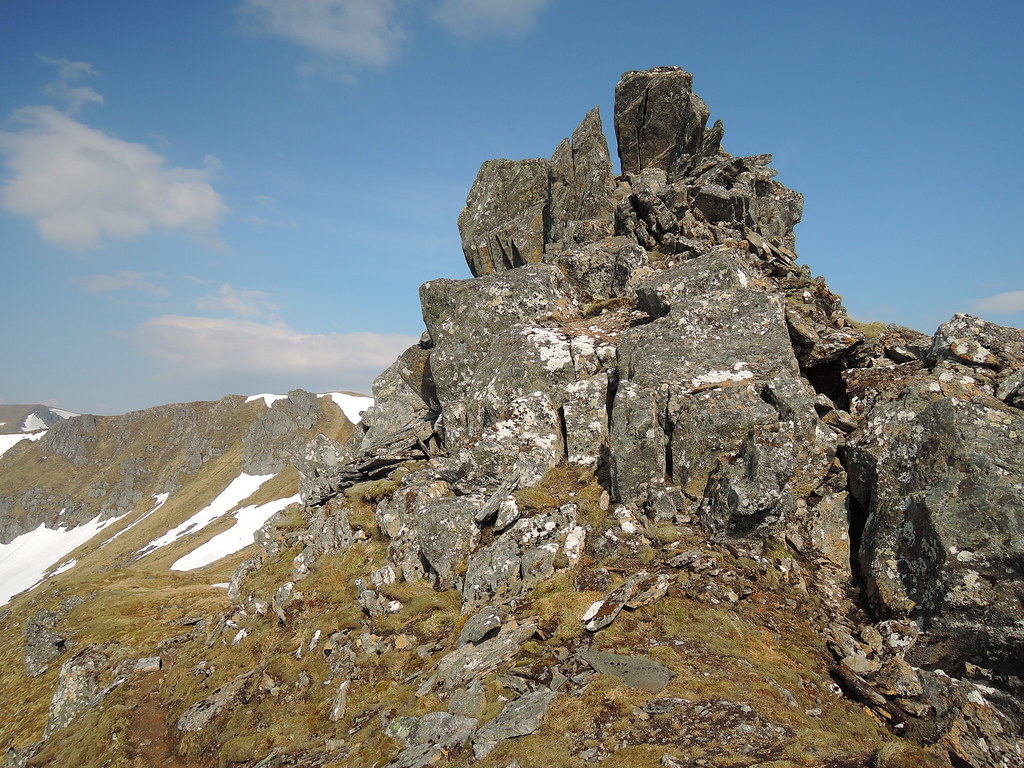 Snow clinging to north side of pinnacles: 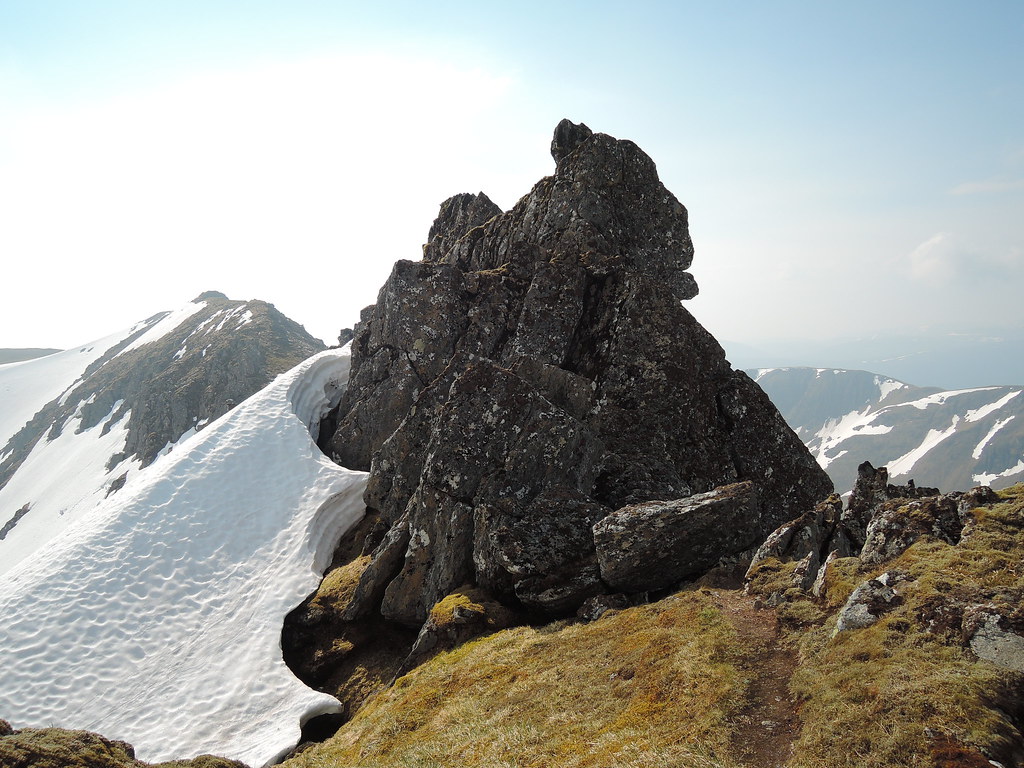 At last, Carn Eige - Mam Sodhail on the left. 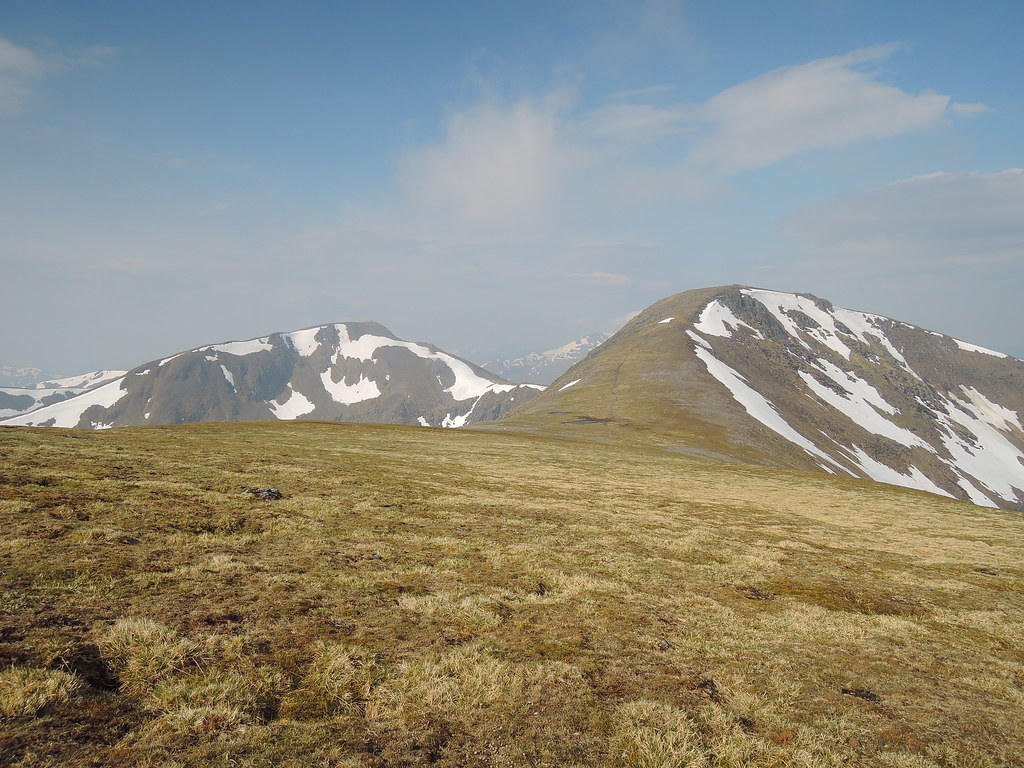 Both these hills are about 1180m and there's a nice wee bealach in between, unfortunately Beinn Fionnlaidh is in the other direction and its bealach is 832m so about 350m of descent/reascent needed. An Socach behind Fionnlaidh on the other side of Loch Mullardoch: 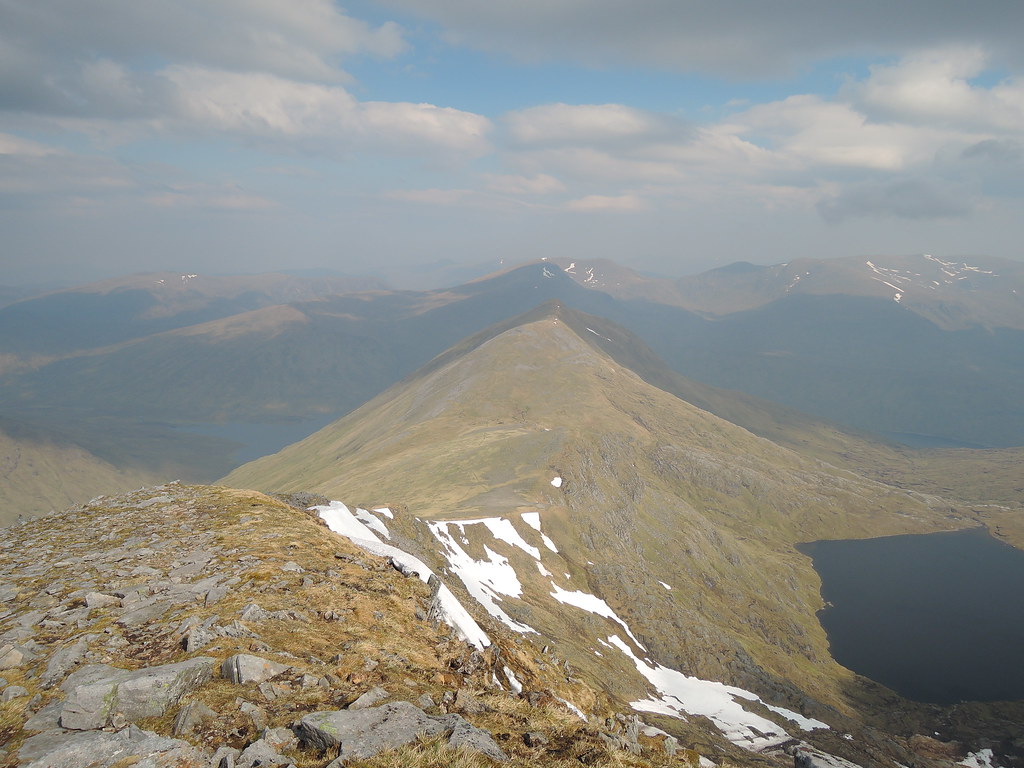 Met another walker here who was running round in the opposite direction. Loch Mullardoch: 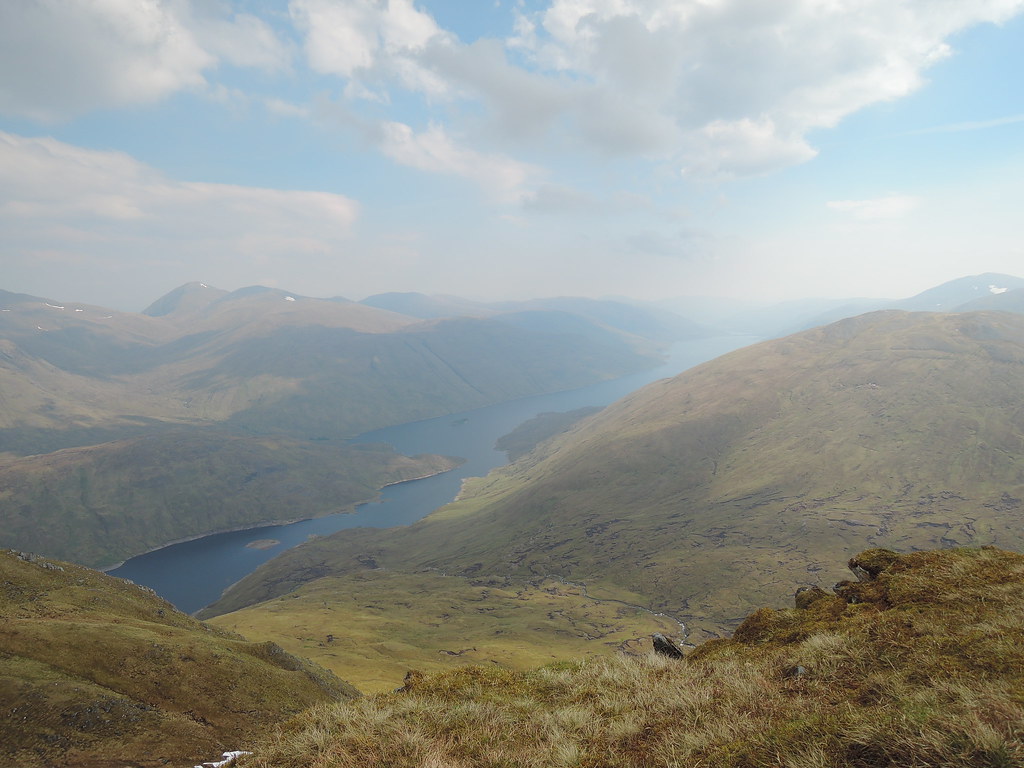 Then turned around on Fionnlaidh and back up to Mam Sodhail. 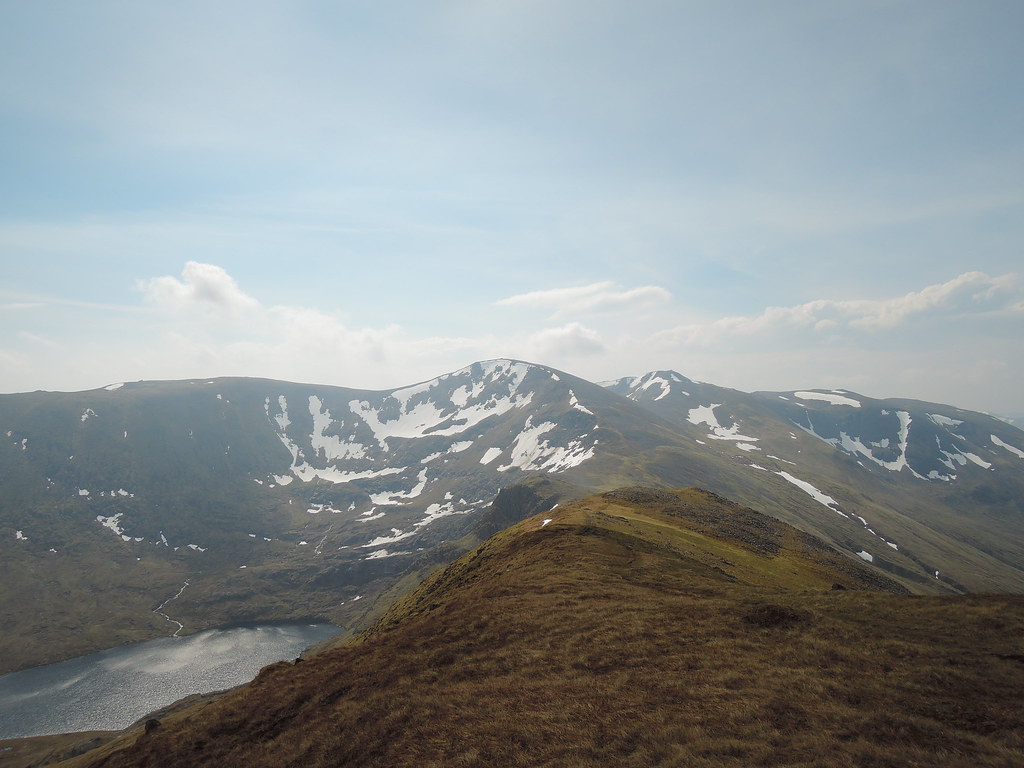 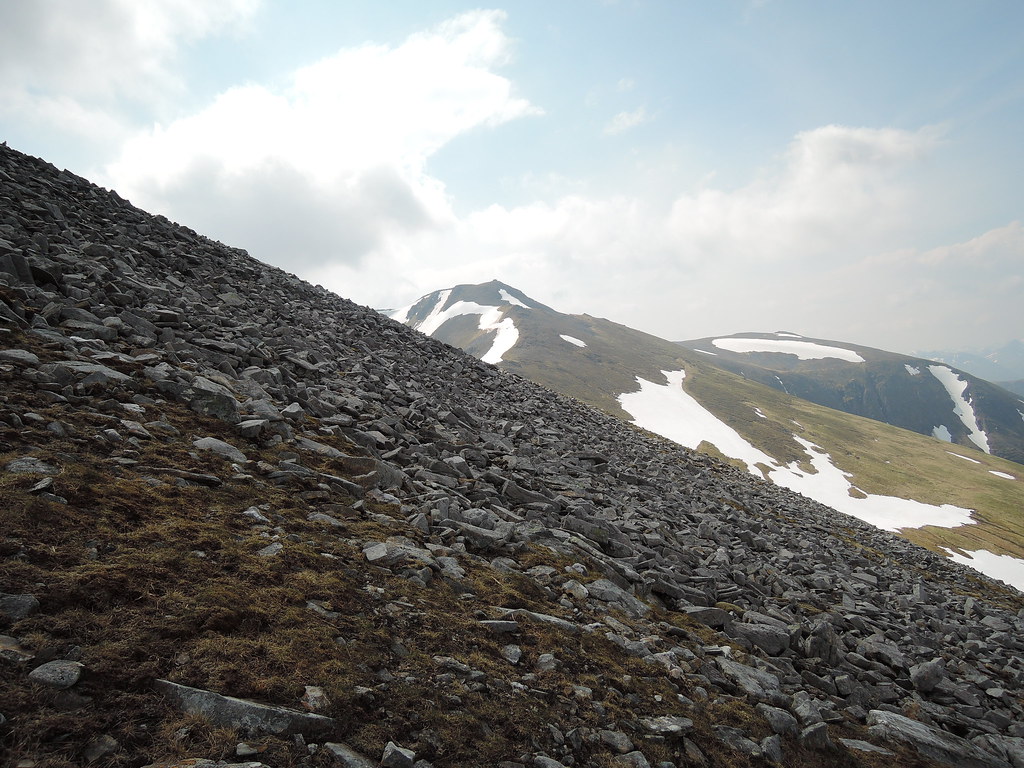 On the bealach with Mam Sodhail ahead. 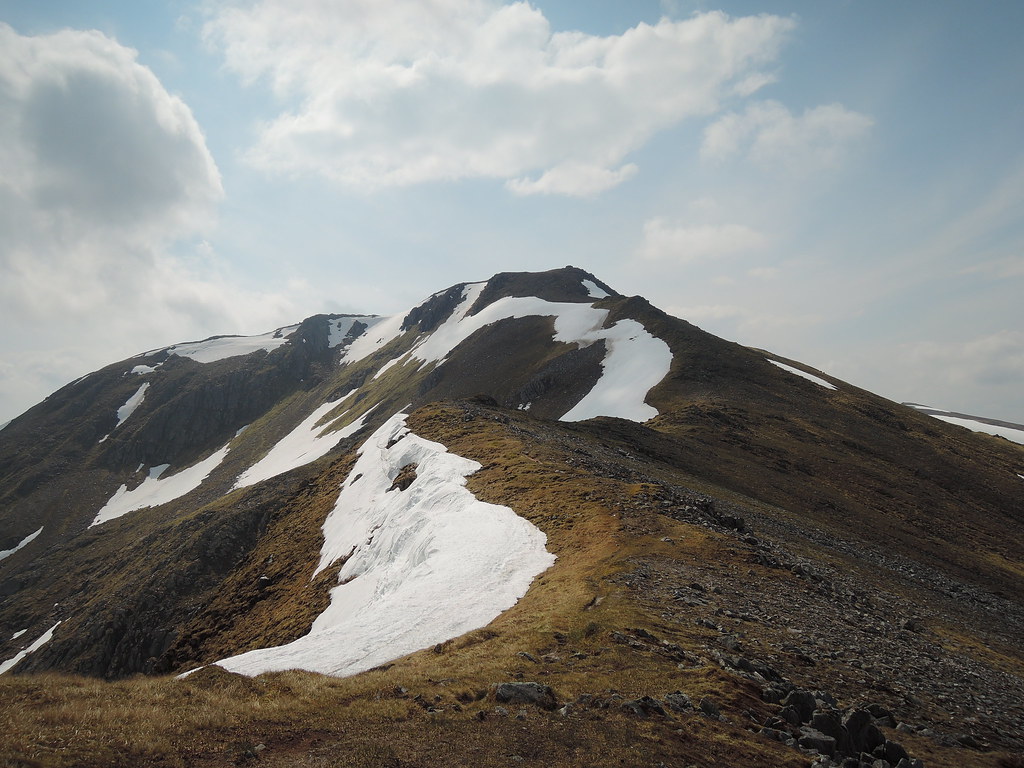 Back to the higher ridge leading to Carn Eige. 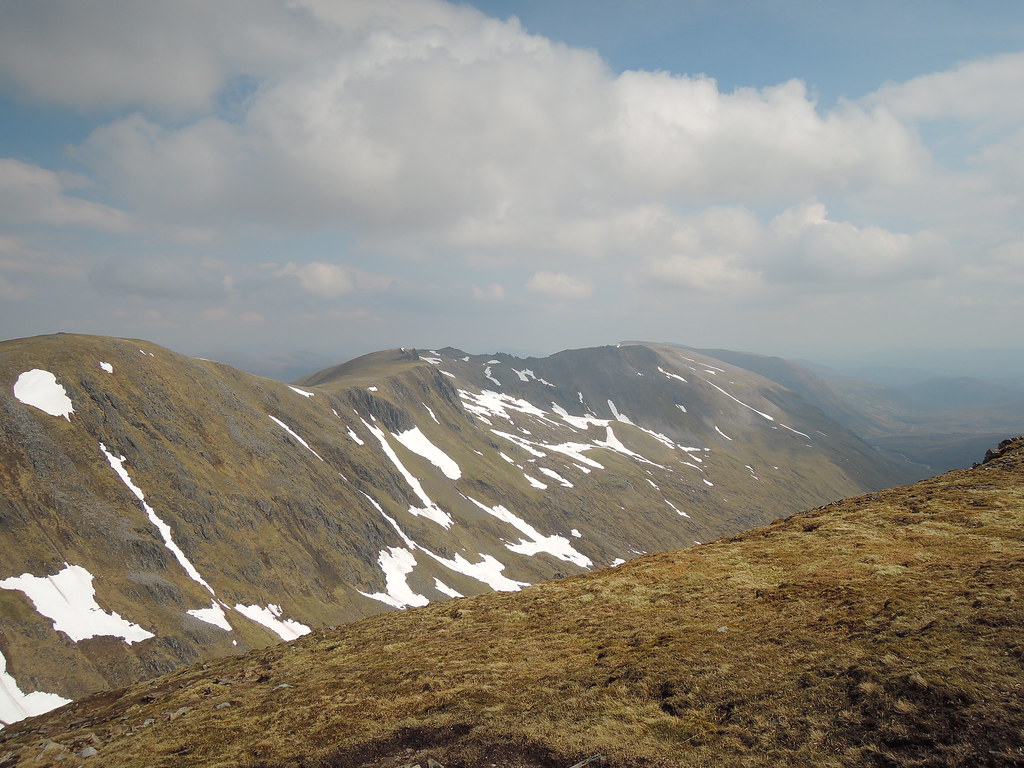 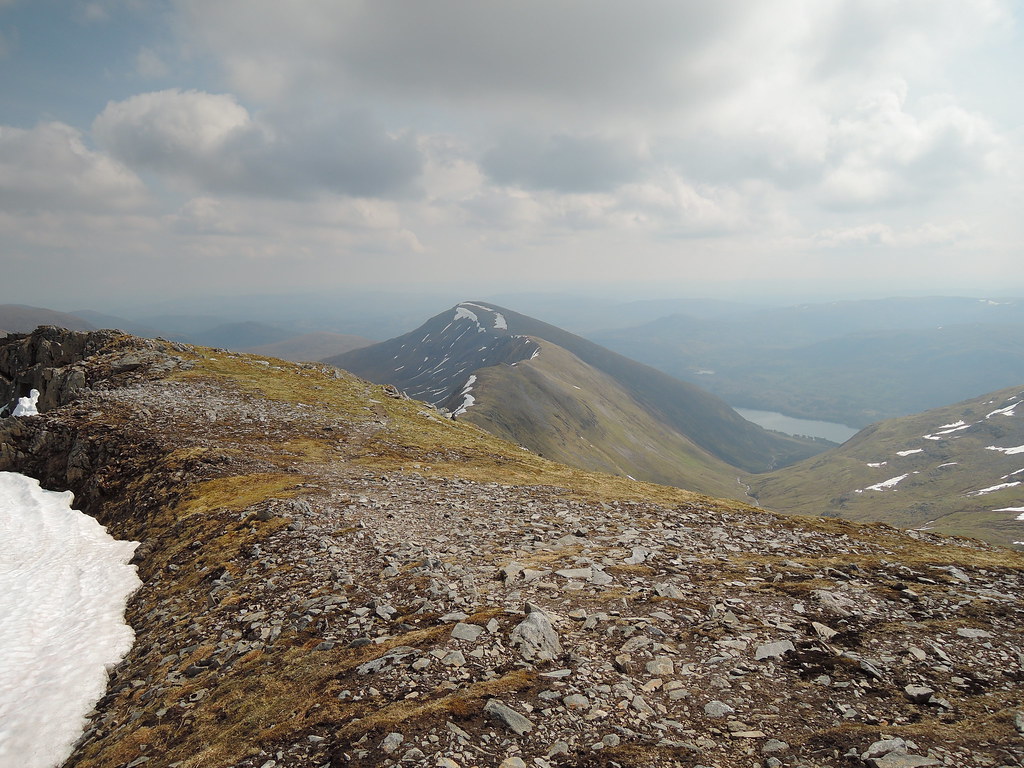 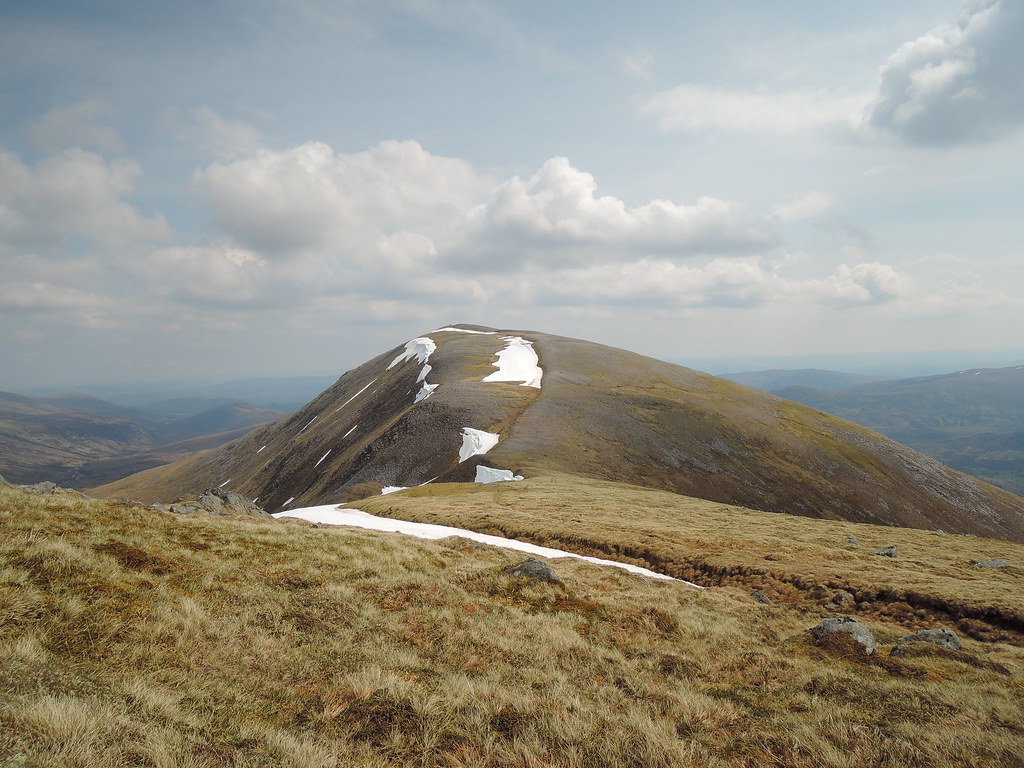 Descent to the bog, actually it wasn't too bad and in good visibility the track to head for is obvious. 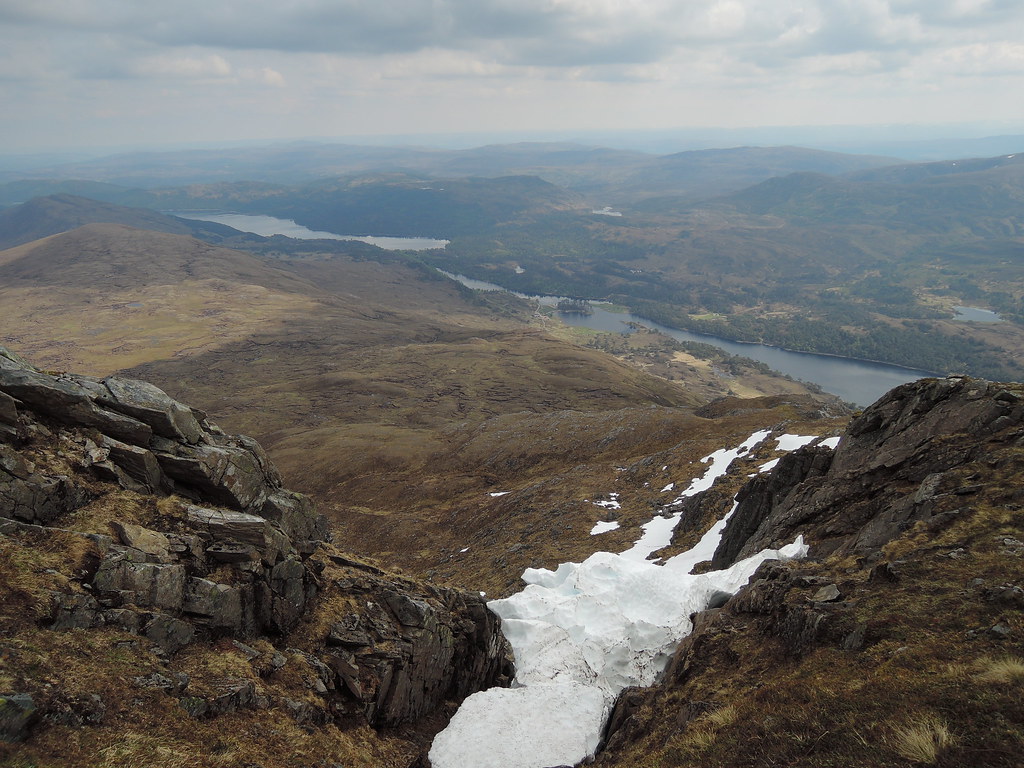 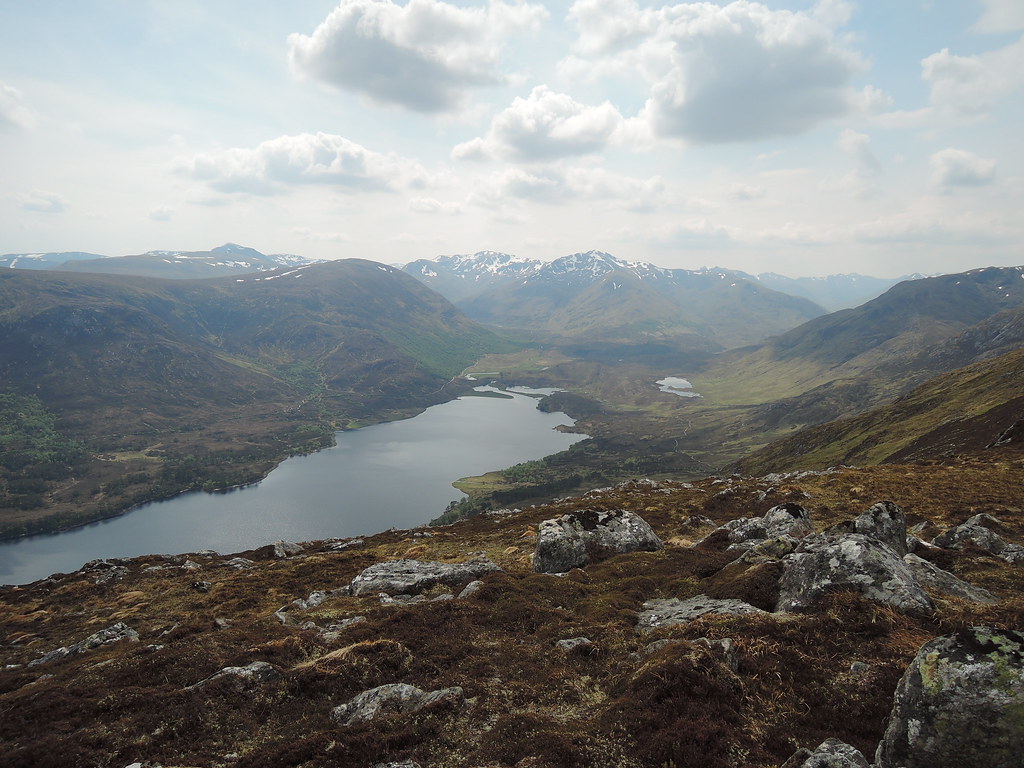 Back to Sgurr na Laipach from the bog, looks tricky from here but there's a path leading down. 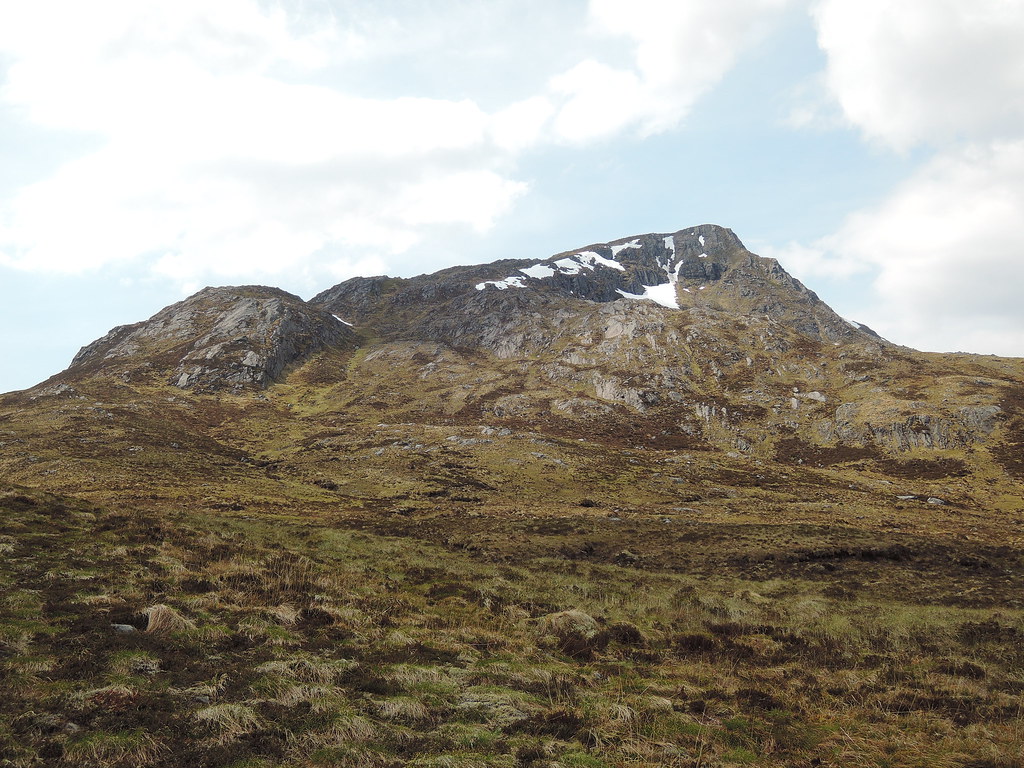 Bumped into the other walker again when I joined the track so the pace increased in the hot sun. Sadly there wasn't a cool beer back in the car, instead it was a warm can of Red Bull & a 4 hour drive home

Trips to the NW from the central belt make it a really long day, hopefully off up to tackle the Brothers on Sunday & ready for plenty of miles in the car & under foot