With the weekend forecast looking superb I wanted to spend as much time outdoors as possible, so I chose a slightly long route for Saturday. Arrived at the small parking area at the start of the track leading to Carn Liath at 8:30 and wasted little time lacing up. From the looks of things crampons and the ice axe would not be needed, furthermore, it was already pretty warm so the jacket stayed behind as well. Followed the route described on the site. A farm track takes you to the small hut below Carn Liath where a path leads to the base of the hill. It looked bloody steep, but following the good path all the way up I made it to the top in just an hour and a half. The views over to Braigh Coire Chruinn-bhalgain (BCCB) and Carn nan Gabhar were pretty impressive, as was the view back to Ben Lawers. After a quick chat with a father and son hillwalking duo from Dundee I headed off down the ridge to BCCB. A slight breeze keep much of the heat away, though I could feel the sun cooking my head. The snow on the slope of BCCB was easy to walk on even though I didn't encounter too much of the white stuff. Made the top right at lunchtime, not a bad place to enjoy a sandwich. The views to the Drumochter were prominent. Fifteen minutes later I was off down to the bealach between BCCB and Carn nan Gabhar, the highest of the three peaks. My pace slowed a bit on the ascent but once on the ridge things eased and I was soon taking in the views of the Drumochter hills and the Cairngorms. Knowing that I had a long walk out I took a short break and then descended back down to the bealach. The path was covered in snow initially, but I picked it up quickly and made my way around the base of the hill. Near the bottom things got pretty messy, bog and mud, bleh. The path crosses a stream and contours around Beinn Bheag. At this point I was growing tired of the view down the glen and began daydreaming about teleportation. It would have been handy to magically appear back at the car. It is a long tiresome walk out of there, but to my surprise I made it back to the car in 7.5 hours. Hopefully that is a sign that my fitness is improving! I would give this walk 5 stars if it were not for the ridiculously long trek back to the car. The ridge itself is very nice and the views were better than I thought they might be. I would certainly avoid doing this in poor weather, as the bog and mud on the exit would probably make you wish you'd never left the car. 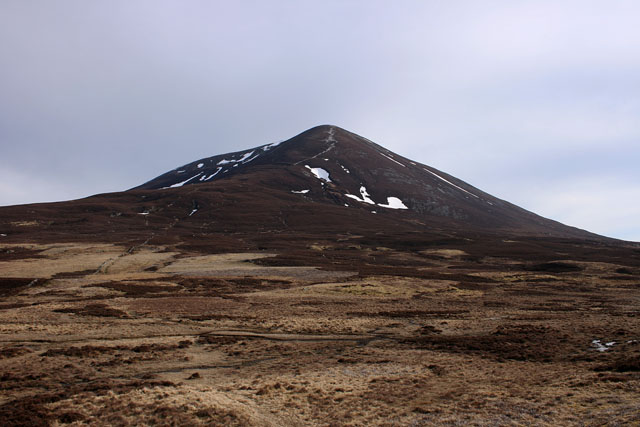 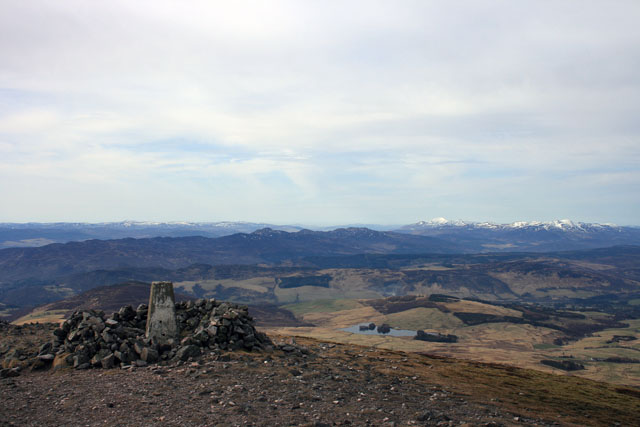 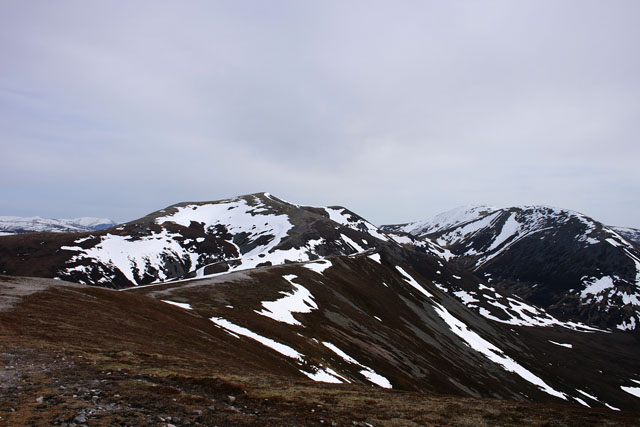 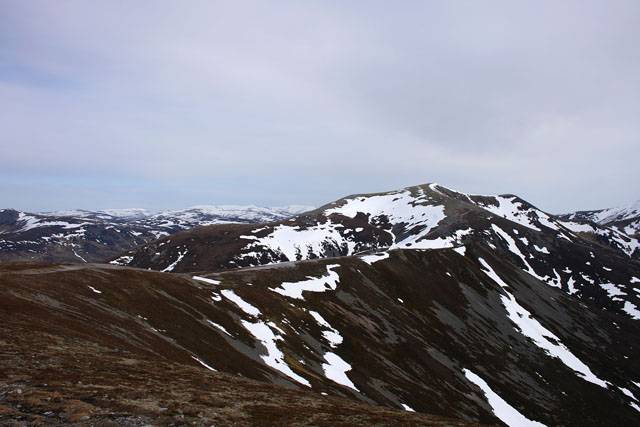 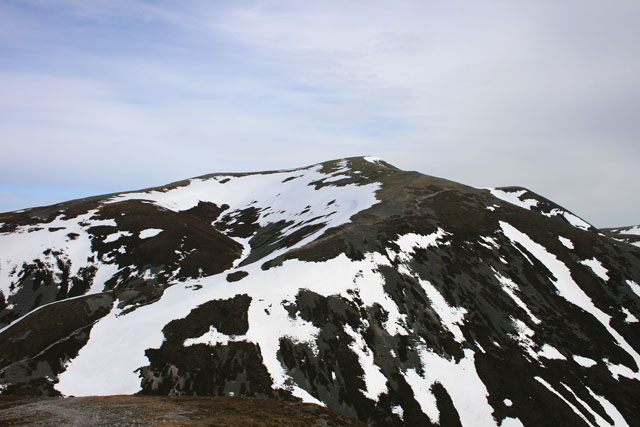 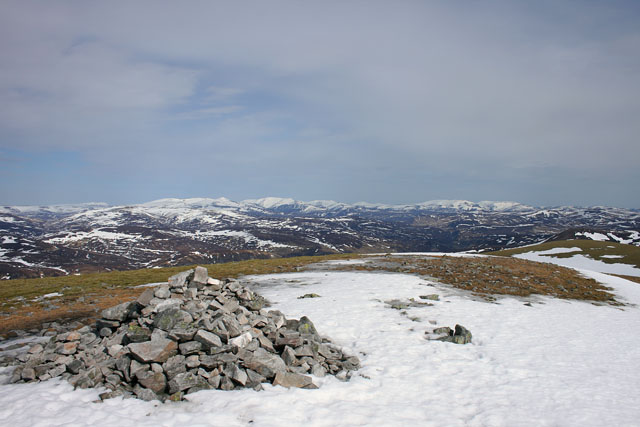 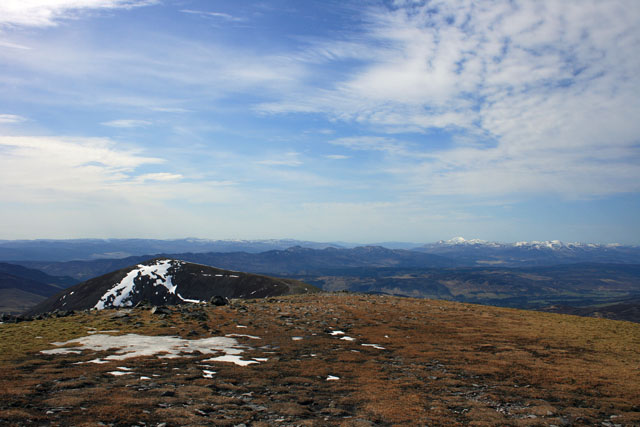 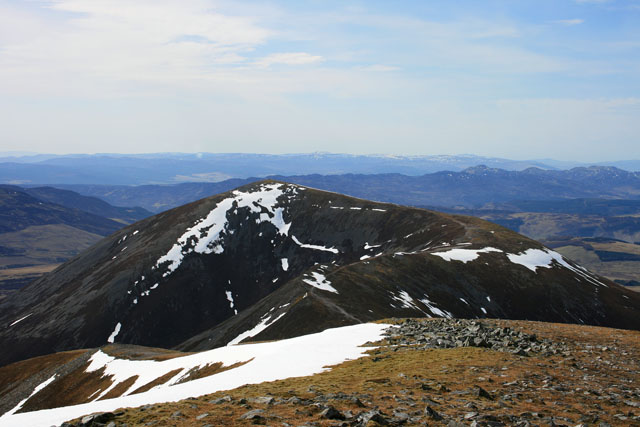 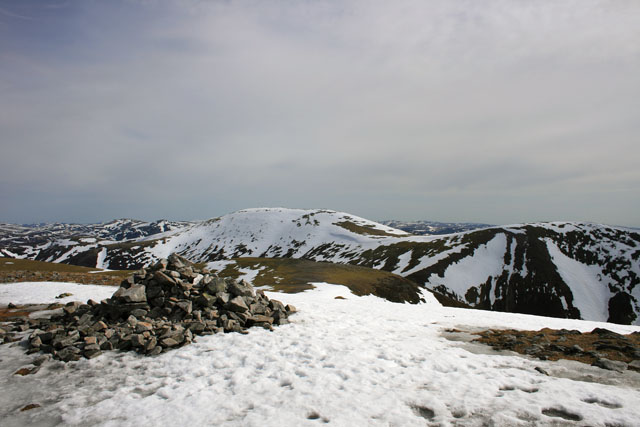 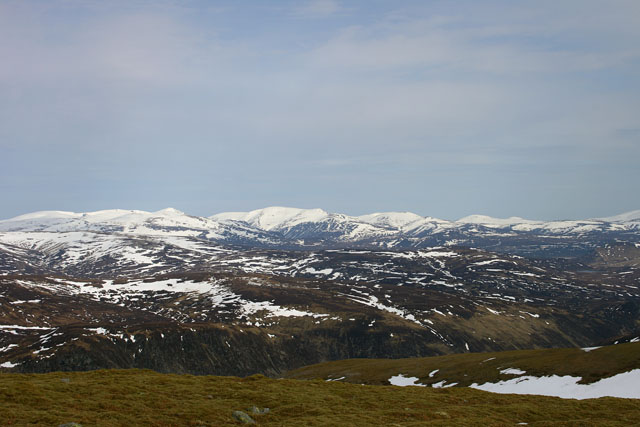 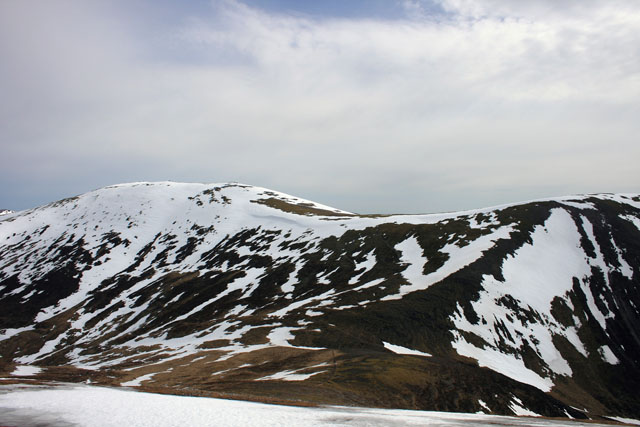 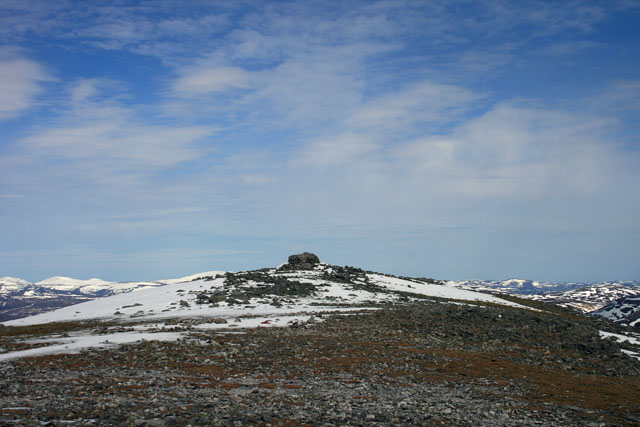 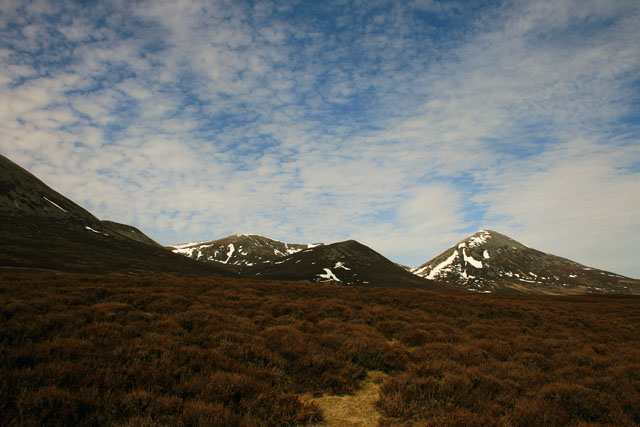 It looks a grand walk that! Thanks for the photos as I need to do that range soon

We're going to go back the other side though through Glen Tilt as I think that should be a less boring (if longer) walk and Richard hasn't seen Glen Tilt yet.

with all the snow melting, I bet it was nice and boggy for the walk back out to the car park!