alltbeithe 3 actual.gpx Open full screen  NB: Walkhighlands is not responsible for the accuracy of gpx files in users posts

Took an hour & a half cycling from Glen Affric car park to the youth Hostel, 7hrs on the hills and an hour an a half cycling back. Quite a few ups & downs on the track out and I was pushing the bike up the steepest bits, phew. 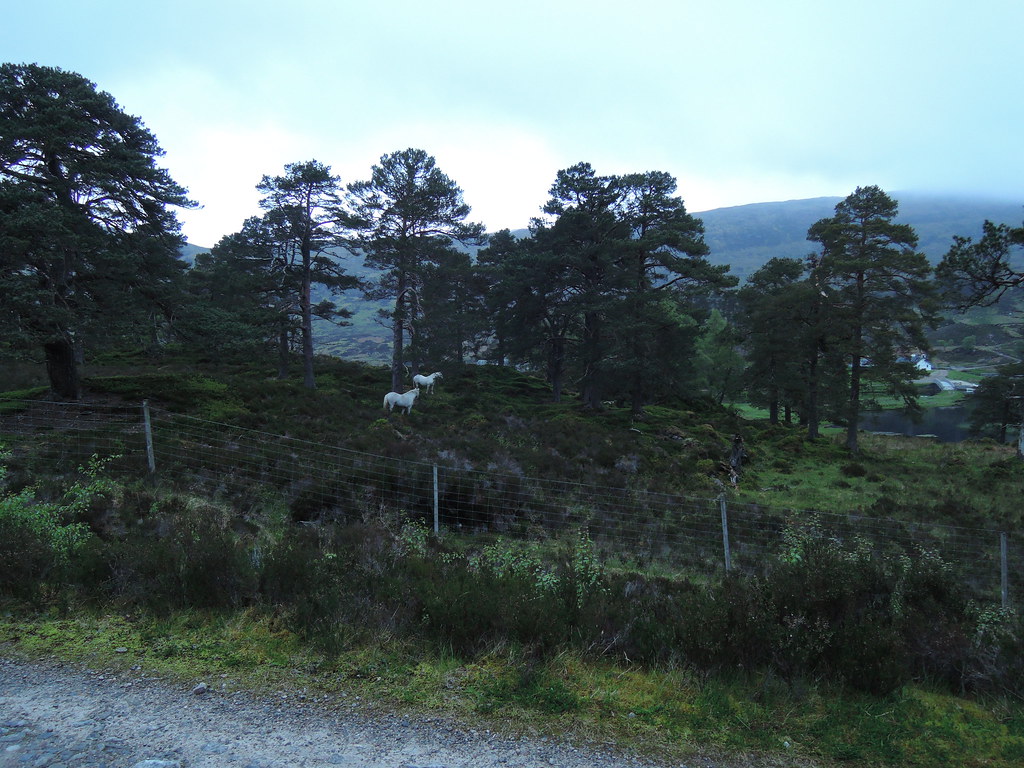 At the end of the loch the route forks to the right down to the bridge over River Affric at Althnamulloch. On the other side of the river the track got rockier so I was off & pushing a bit more often. 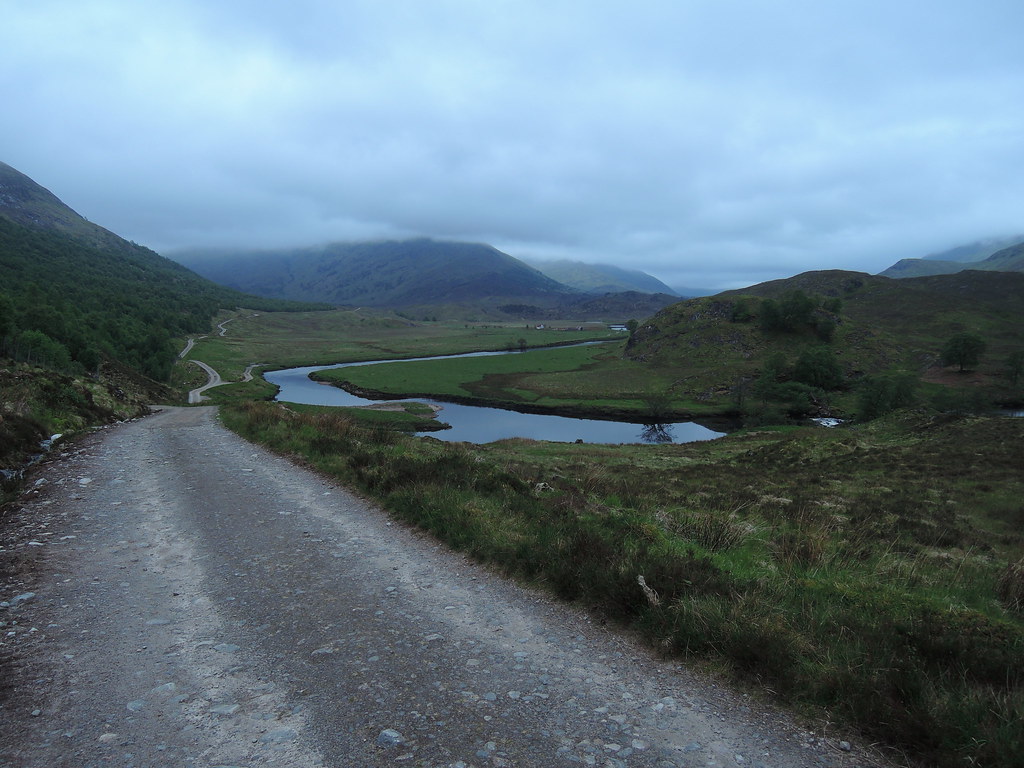 Path leads up beside the hostel so you can have a look inside...not much activity this early though. Easy path to follow in the clag, muddier higher up towards the bealach. 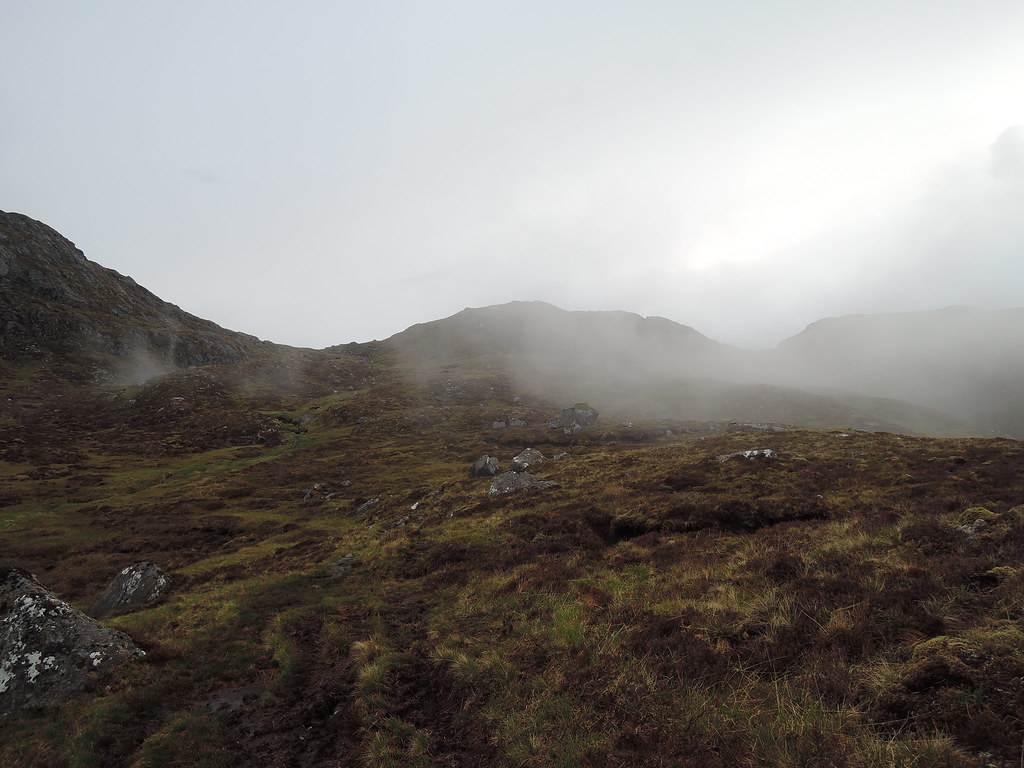 Back to Ciste Dubh. 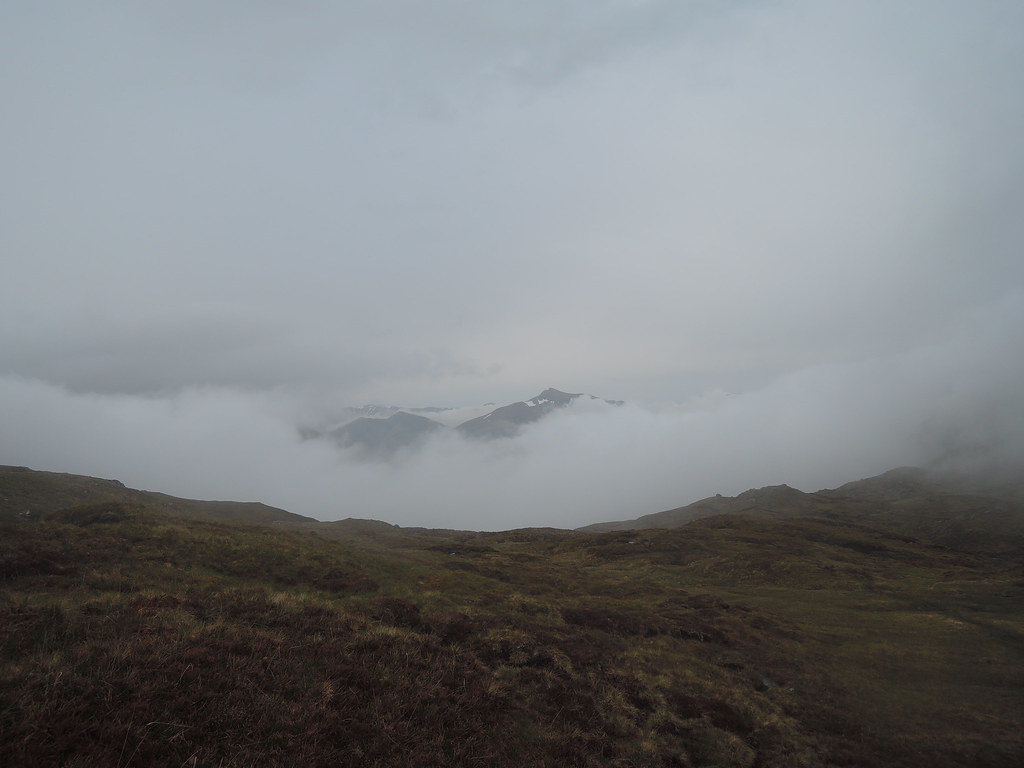 Went up to An Socach first. 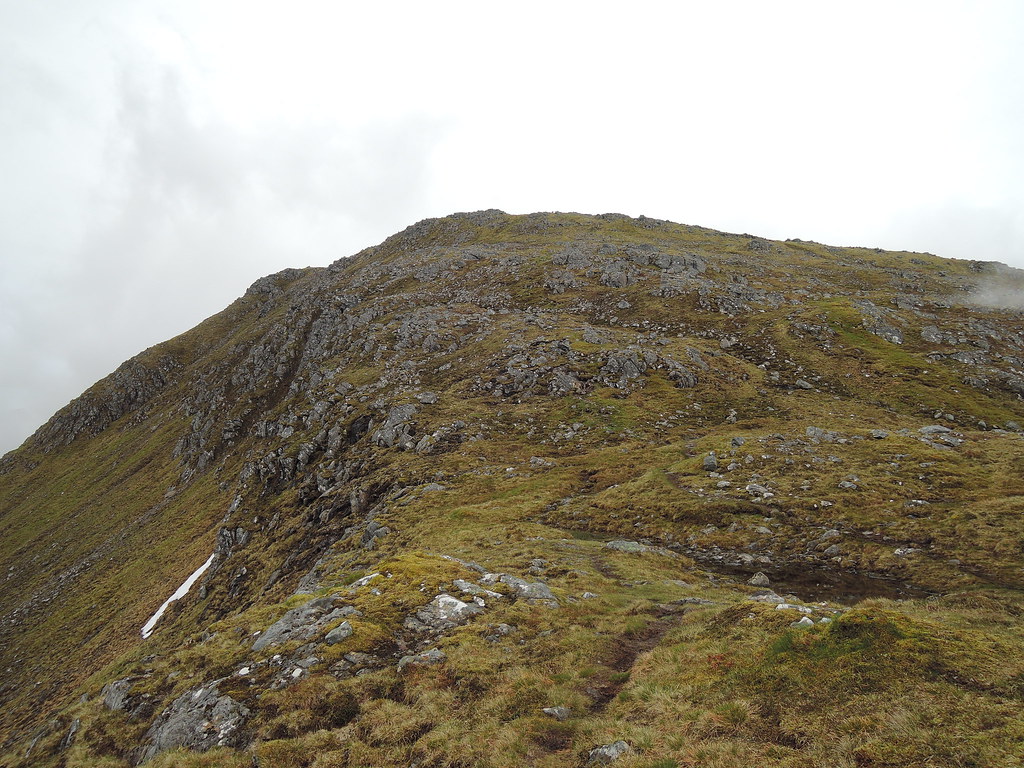 And had a look at the never-ending Mullach nan Dheiragain. 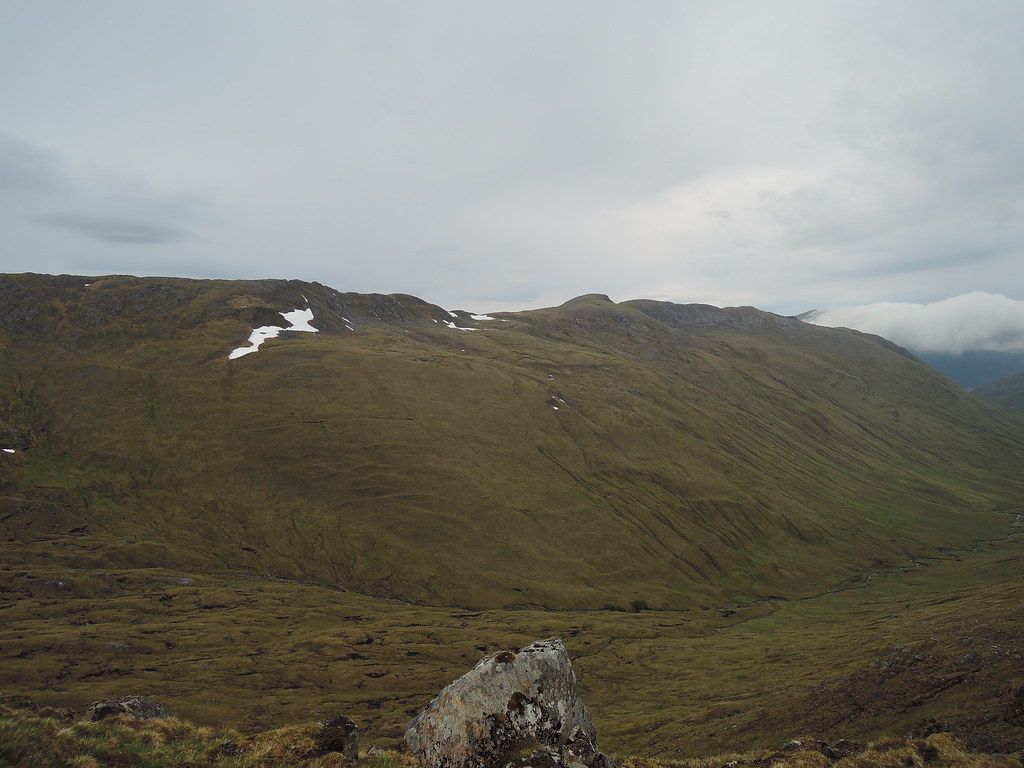 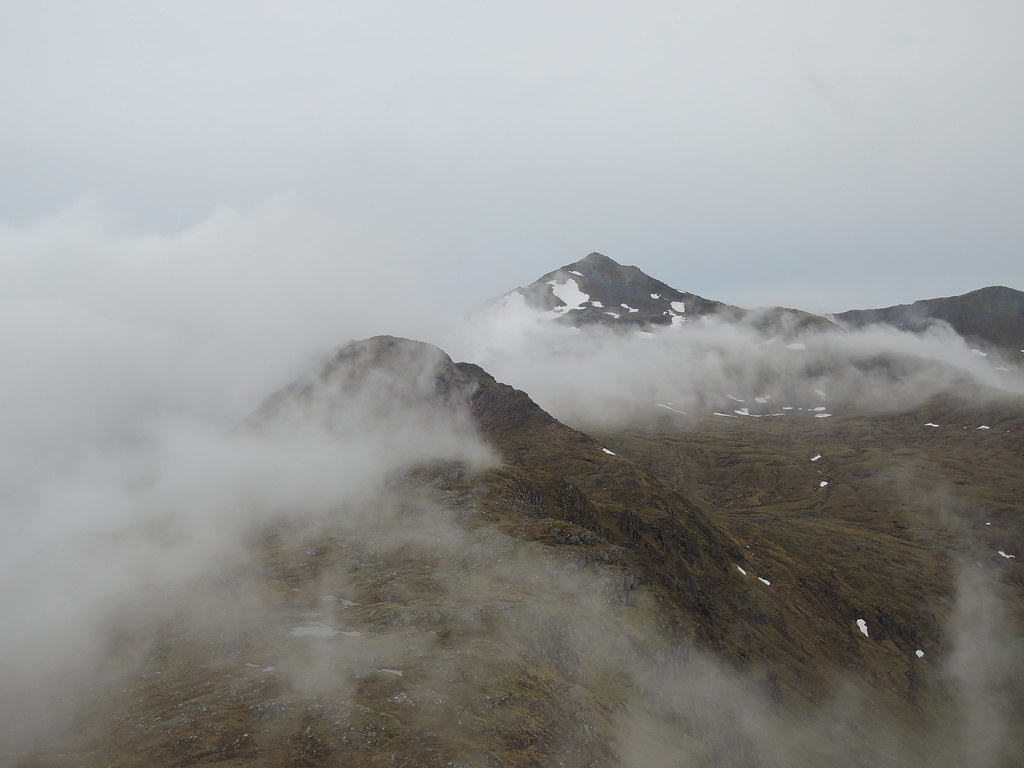 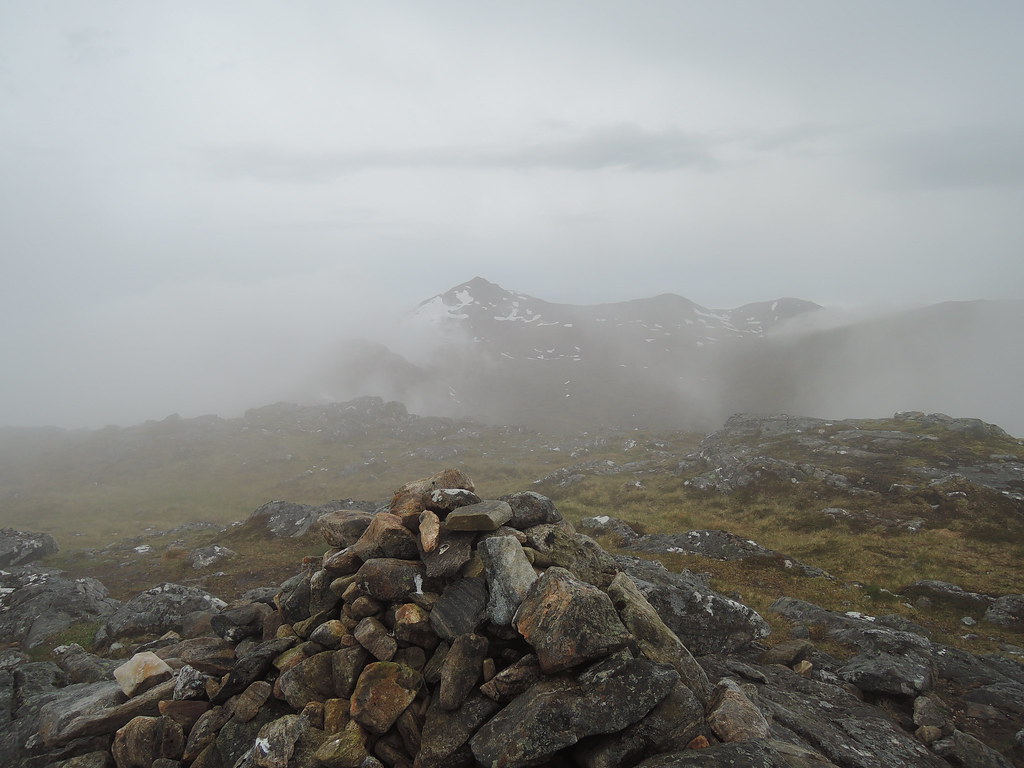 Then down for the short cut to Mullach nan Dheiragain, I'm nearly on the ridge here looking back to the bealach. The bog looks bad but it's easy to walk around the worst bits. 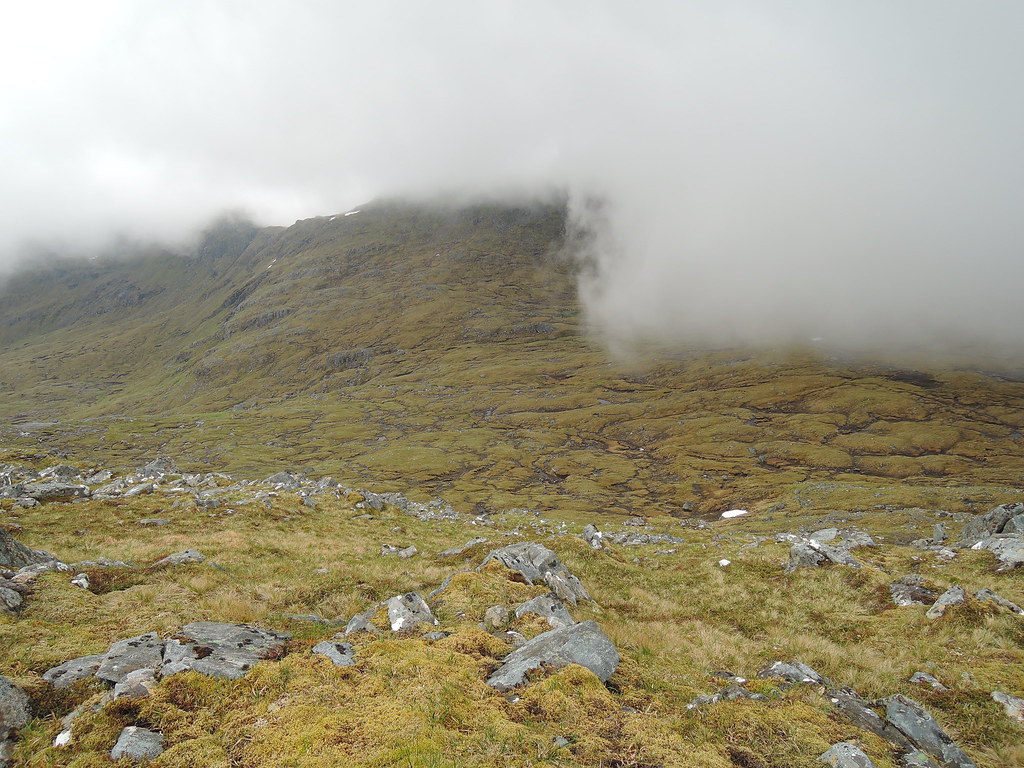 Knew there would be a lot of false summits emerging through the clag, eventually got the the end. 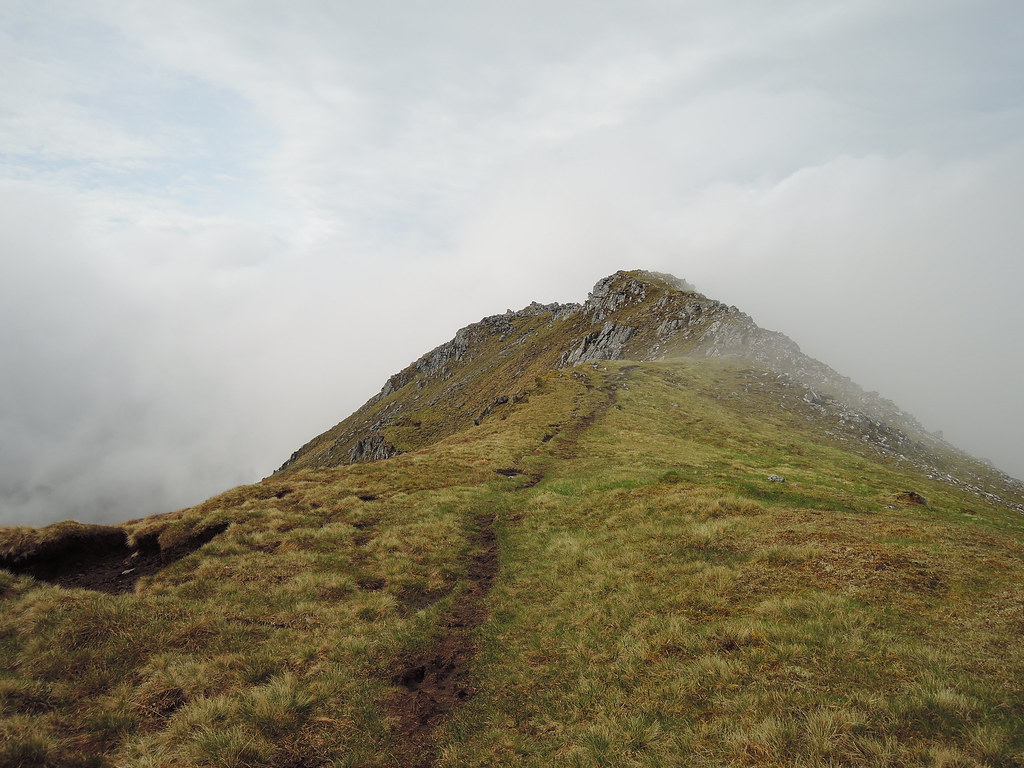 Then back for Sgurr nan Ceathreamhnan, ridge narrowed on the ascent. 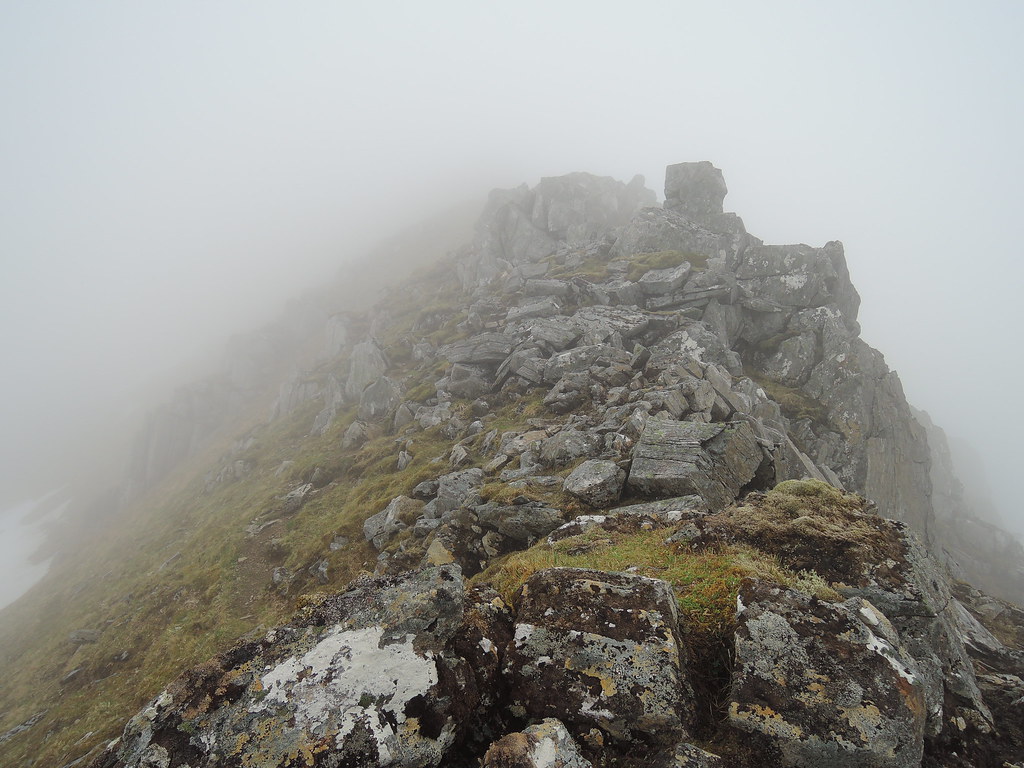 Very claggy at the top, I just continued after the cairn in case it wasn't the actual summit then checked the GPS and walked back. Mistook the path to the bealach for the path I'd just come up so I ended up climbing down a very steep boulder field (thinking this can't be the WH route...can it?

) Returned to the top & saw both paths then the clag cleared and it all became obvious d'oh. Back down to the bealach: 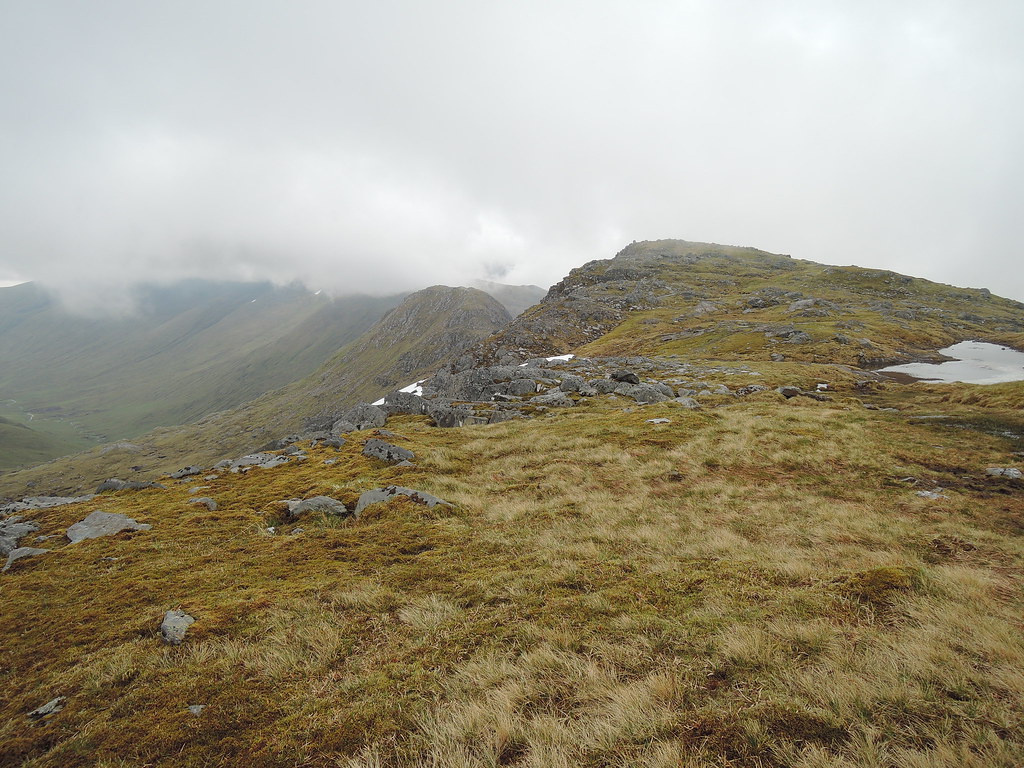 And back down to the hostel: 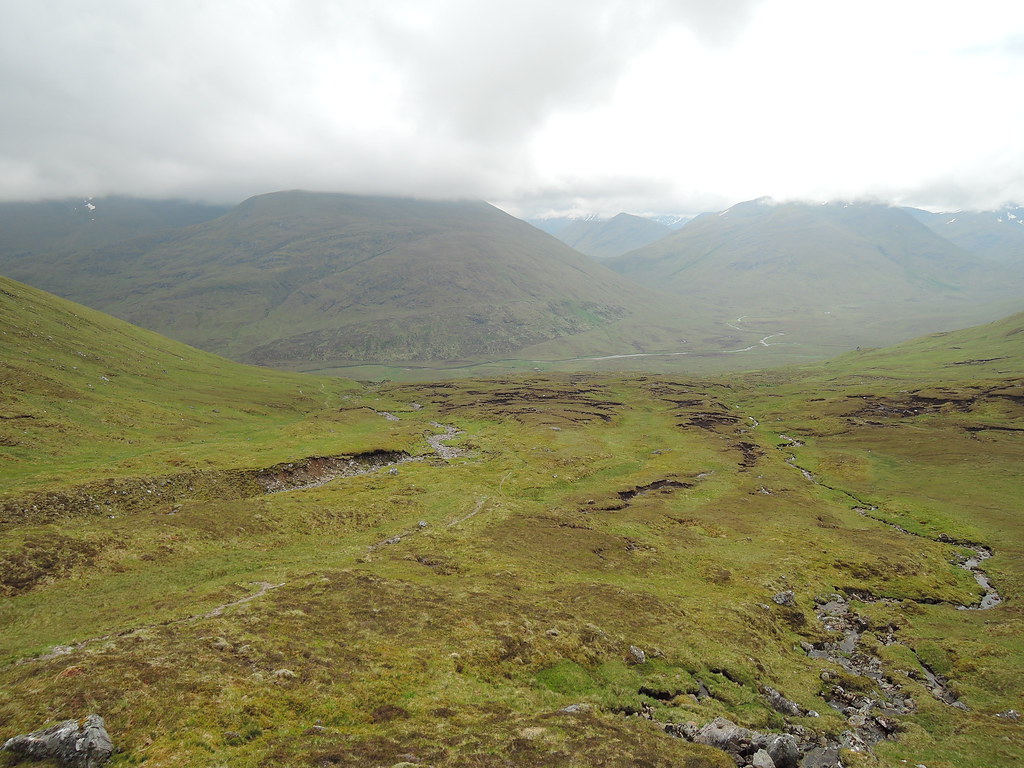 The track back to Glen Affric starts & ends at roughly the same height so there isn't an easy coast back on the bike unfortunately, nice scenery though

Good hard day there gman, well done..know what you mean about the cycling bit..had to get a bike with suspension after that one..

Hey G-man, we did this just a week past Tuesday and almost exactly the same route although we opted to leave the bikes at the cottage and just go straight up to An Socach first. So that would save on the push up and obviously a rough ride back to the cottage later in the day