, so it was five of us who arrived after an eventful day of journeying from Yorkshire and the Borders to our campsite by the Giorra Dam on Saturday evening.
we were a bit (ok about 2 hours) later than planned due to some navigational problems on the roads and a hold up with road works, the less said about that the better, but it gave CWH, Shish and me the chance to scout out for a good campsite while waiting for the others to arrive, accompanied by the sound of the cuckoo and his echo.
CWH has been doing Duke of Edinburgh expeditioning, and she has been growing. Maybe she was worried we might make her carry all her kit, because it was she who suggested a base camp with some day expeditions, so we could sit on chairs and eat proper food!
Having come this far we were not going to be beaten by a wee travel delay and so it was that we set off up the first Munro of the year at 6.35pm with our tents quickly pitched and the stuff shoved inside out of the rain. 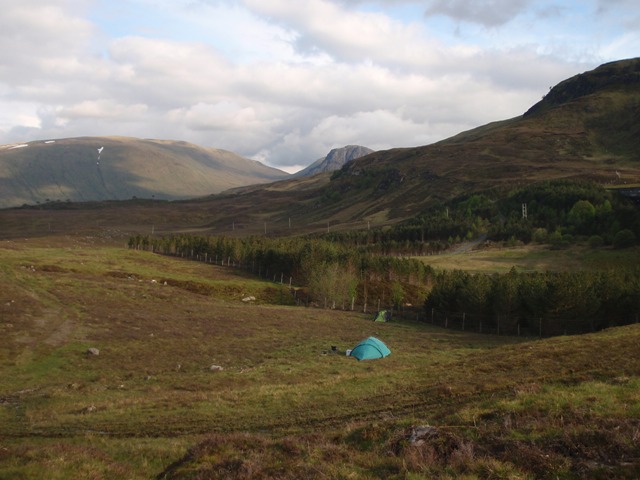 The route really doesn't need any description from me. We followed the Walkhighlands instructions and found one path going up and a completely different one coming down. both with a wee cairn marking the spot from the track. Both wet and disappearing in places but it was a beautiful evening and we had no trouble at all working out where to go. 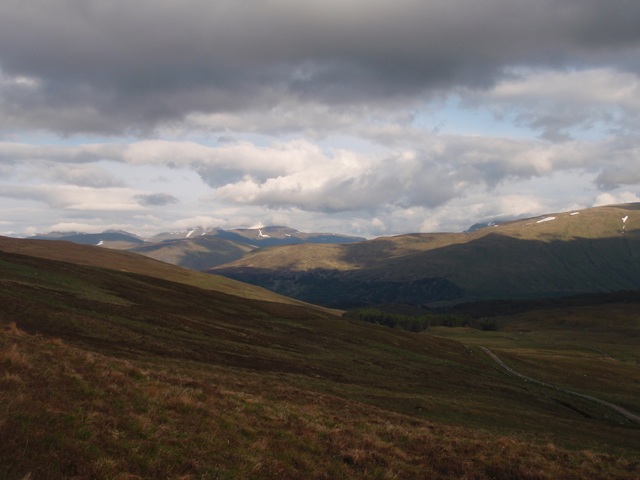 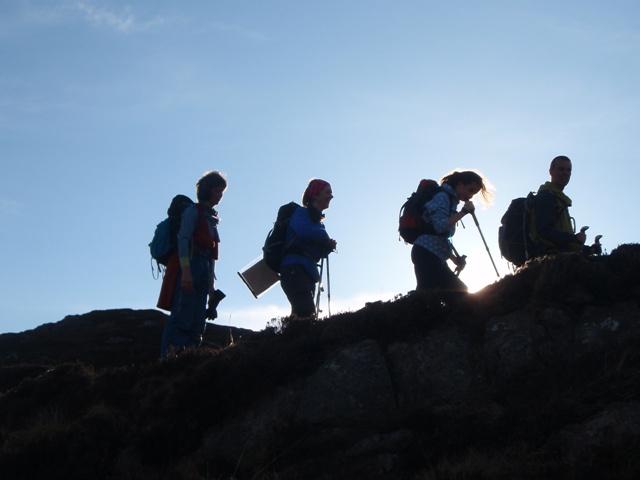 The way we walk 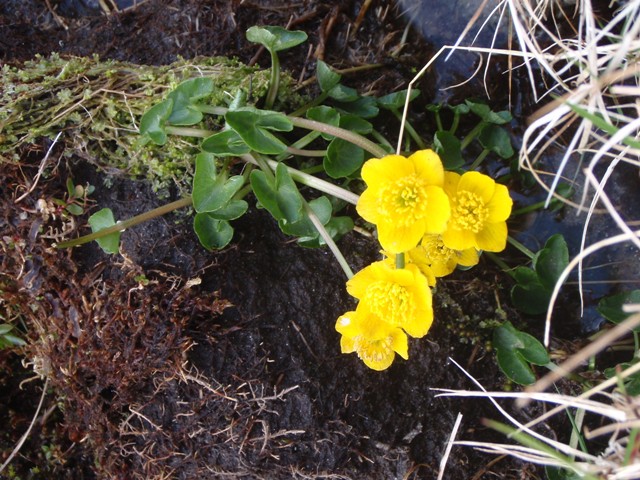 It was gorgeous and cold on the top. The view over Rannoch moor was hazy into the evening sun and it looked like the lochs were floating in the sky. It was fun pointing out the other mountains we recognised. Especially the ones we planned to climb in the rest of the weekend. 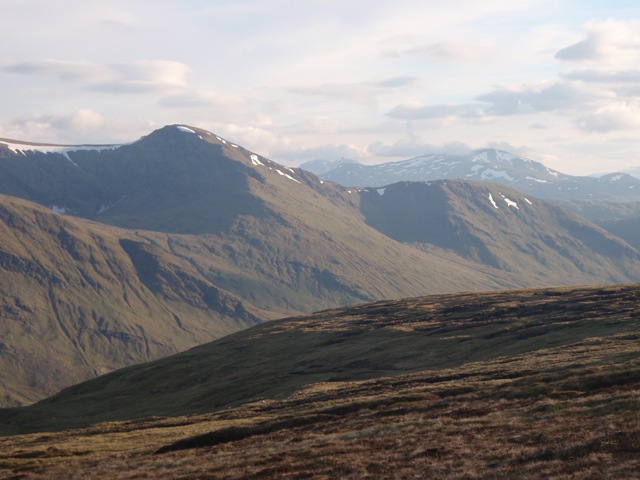 Stuchd an Lochan with Sheasgarnaich in the background I think 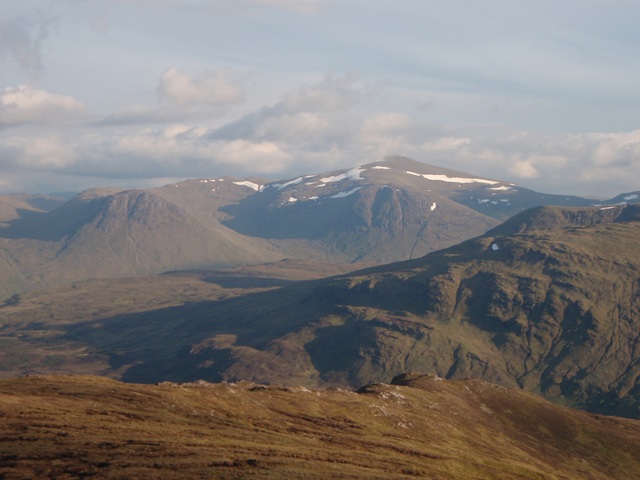 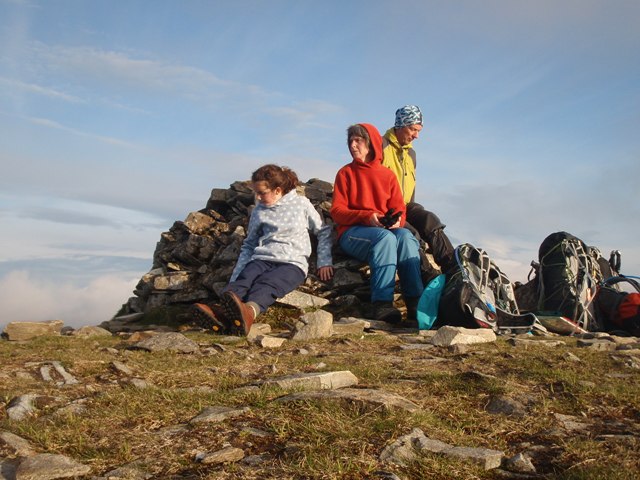 Shish, CWH and Rudolph on the top 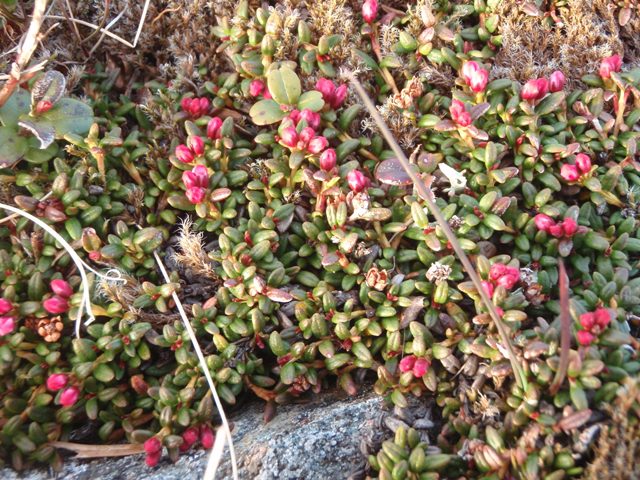 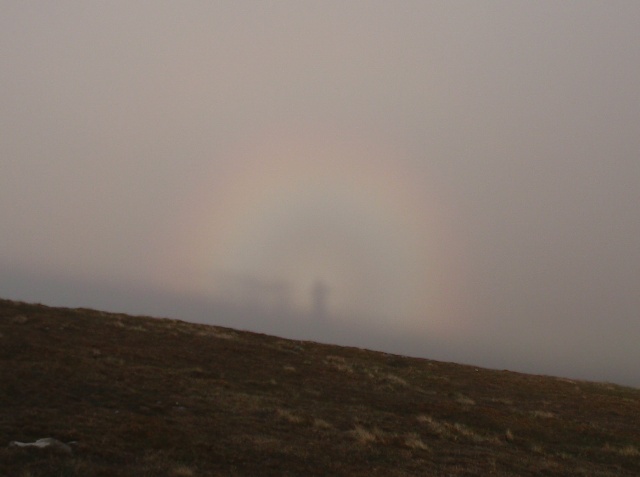 As we came down there was a gentle sunset and the loch was calm and still. we got back to camp just as it was getting dusk. 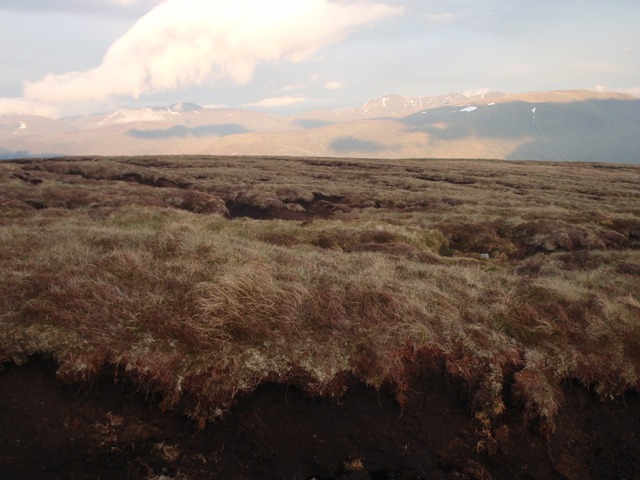 peat hags and hills behind 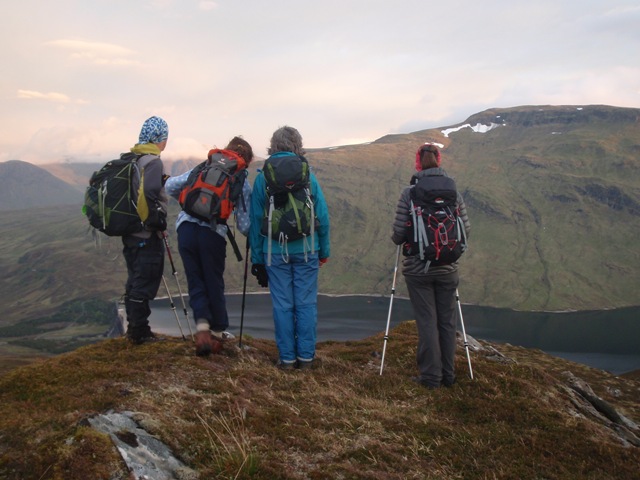 looking out over Loch an Daimh 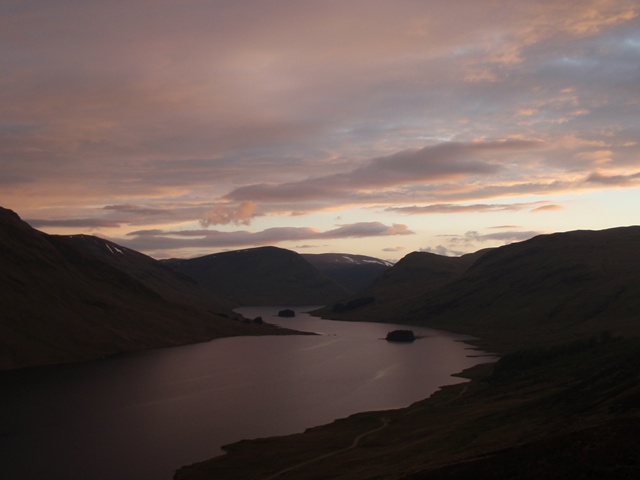 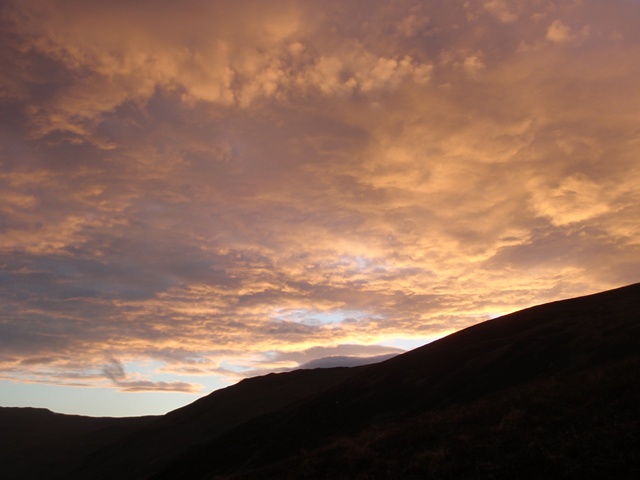 After that, we could have eaten anything, but a gourmet meal of pasta with sausages and bacon and tomato sauce was definitely worth the wait at 11pm! 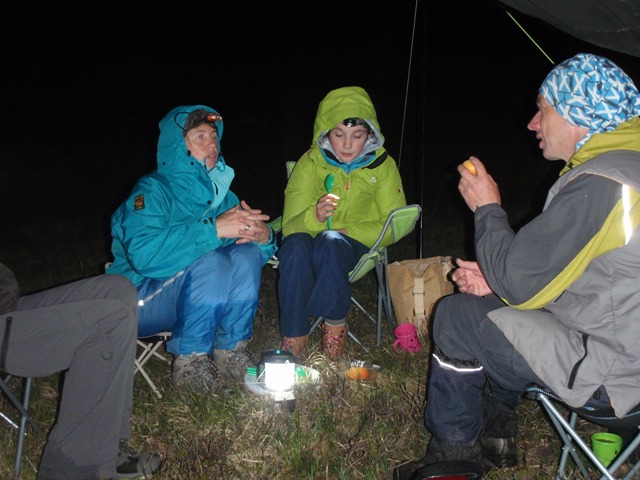 waiting for tea to be ready - with real chairs to sit on!

What a great way to do a half-day hill!

Oh thank you jmarkb for that. Very small and pretty it was surprising to find it so high up

Hello,
I wonder if these wee trailing azalea close up when the sun departs

There are many of these above 1,000 mtrs. on the Cairngorms in flower at the moment. 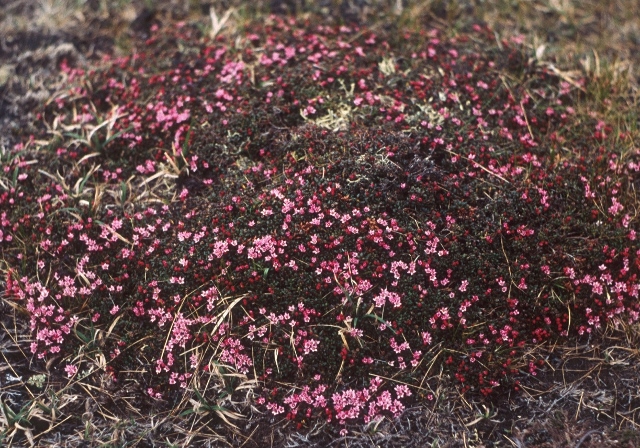 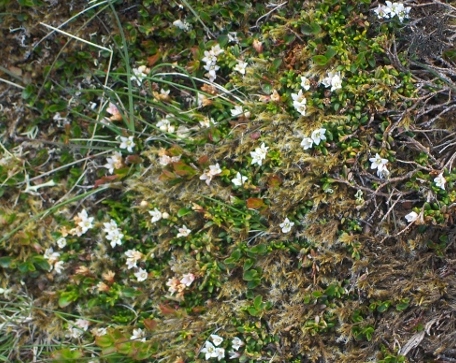 This one which we assume to be a white flowered version of the same found in Sutherland on the top of a Corbett.

I did this as an evening stroll to. Lovely to see it like that again.

Gaffr the white one is really pretty too.
Jonny It was a good time to go up, and the Brocken spectre was a treat we'd have missed if the sun had been higher in the sky