Pulling out all the Stobs on the Big Buachaille

Pulling out all the Stobs on the Big Buachaille


The Buachaille is one of these amazing mountains in Scotland that when you drive past you always go 'how do you get up there?' and we were going to try and climb it How do WE get up there?

Parked at the suggested parking at Altnafeadh and headed down to the footbridge over the River Coupall.

GPX.gpx Open full screen  NB: Walkhighlands is not responsible for the accuracy of gpx files in users posts I've found the way up the Buachaille!

The snow ahead was bringing doubts as to whether it would be ascendable today. How do you get up that?

Now we're back to square one

So, we headed for the snow of DOOM Have we come THAT far?

The way we found to get past the snow was to head through the middle of the two patches, although the path heads for the right but it went under the snow and was impassable. The moment you get to the bealach is one of those OMGGM (oh my goodness gracious me) moments, so I'll keep it a surprise

Anyway, we headed left towards Stob Dearg, where there was some confusion over what the real summit was. The GPS told us the one closest to Rannoch Moor, so we went with that. So, it was time to head back to the bealach, where we saw a constant stream of people heading up the path

, helped some people as to how to avoid the snow and then continue on for Stob na Broige, but first was Stob na Doire. A short while later, we were there!

Stob na Doire is one of these tops which is miles higher than a munro near it, in this case Stob na Broige, which is 55 metres lower than Stob na Doire Even that looks lower than us!?!

Time to head for the bealach above Coire Altruim. Now to check out where our descent route is 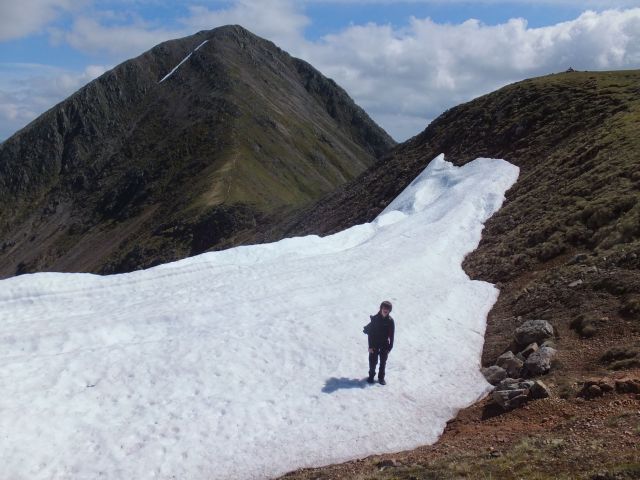 It should be here!?!

), which is Stob Coire Altruim. 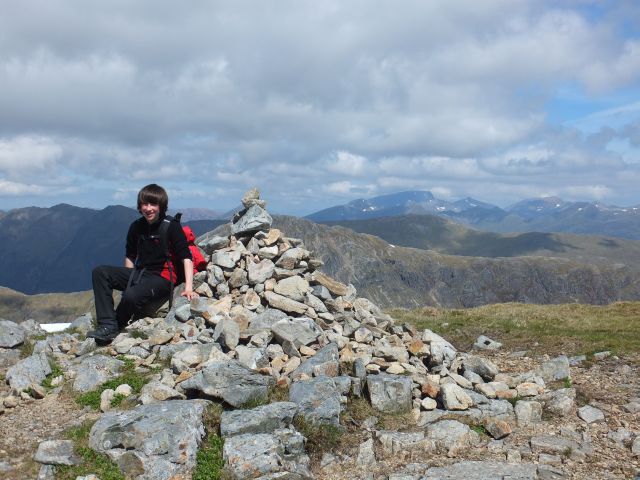 You don't believe me!

Once that was crossed with no difficulty we were at the summit. 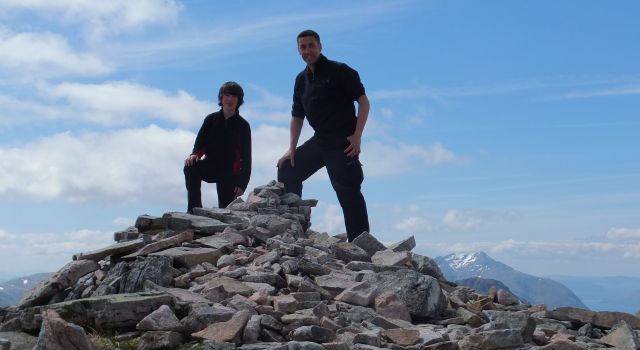 Back to the bealach! Decided to turn left down just before the snow to pick up the ridge sloping down, before the path was visible half out the snow, where we headed down to it. Headed down Coire Altruim next to Allt Coire Altruim (original name). Good view of the cliffs below Stob Coire Altruim (where did they get that from?!?) The snow was melting fast, so was having to hide from the sun in places An originally named river? No way!

So it was back to the car park. We then found a path just to the south of the road, which was handy.

Off we go then! 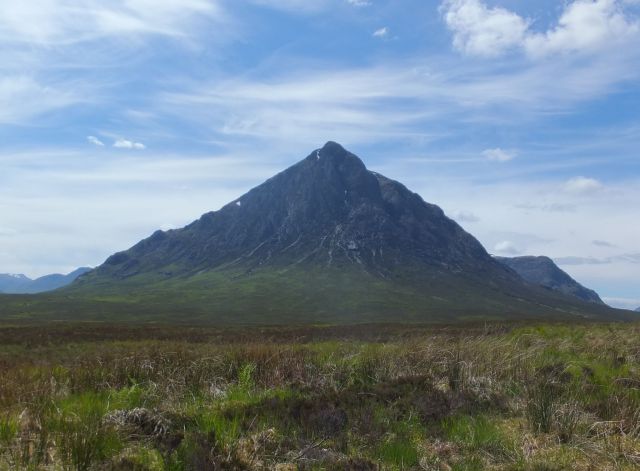 How do you get up there?

Due to it being the last day of half term, it was not quick getting back home (5 miles of queues before Balloch

Stick on the BBQ!

great stuff, confidence inspiring set of photos - maybe i will get some of glen coe done this year after all. had a nosey in wintery white march, left with tail between my legs and a cold sweat. that was just from the roadside.

Have still to do the Big Bookil and looking at your pics gets the juices going.... What a stunning day you got!

Love that first picture of the cloud breaking up.

Is Glencoe brilliant, or is it brilliant???

We were on the Buachailles the same day, but we must have started earlier because the top 100m or so of Stob Dearg was in cloud when we got there (about 10.00am).

I think we were flogging up to Stob na Dubh when the sun really showed - sweaty work.

Great report & well done to all

Love the first photo, that is one of those photo's to keep, almost volcano like - unique