10th. August, 1982:
After intermittent sleep on the overnight train from Preston to Inverness on the 9th. August, Brother Nick and I had worked out that we needed to request that the train stop in Lochluichart on the line to Kyle of Lochalsh so, sometime in the middle of the day, we had found ourselves on the station platform with our 50lb+ rucksacks ready for an adventure.

our_route.gpx Open full screen  NB: Walkhighlands is not responsible for the accuracy of gpx files in users posts
The plan was to trek from Lochluichart to Glenfinnan over three weeks carrying everything that we needed – including, if memory serves, a slab of cheese the size of a breeze block, a box of Mars Bars and catering packs of Batchelor’s Chicken Supreme. Our first steps took us from Lochluichart up past Altdearg into what our map called Fannich Forest (but Munro’s tables call Fainnaich) to pitch our tent by the diminutive Lochan Dubh a’ Bhealaich Bhain to the north west of the summit of An Coileachan, ready for a big day in the morning. It was grand – seven Munros and three tops with full packs, no people and a mixture of mist, rain, sunshine and blustery winds. We hit the ridge above the lochan after a short climb and, leaving our sacks on the col, turned left and wandered up the first of the day’s hills. We then back tracked and trundled along the ridge, digressing as necessary and enjoying superb views to An Teallach and Slioch from Sgurr nan Clash Geala and Sgurr nan Each. 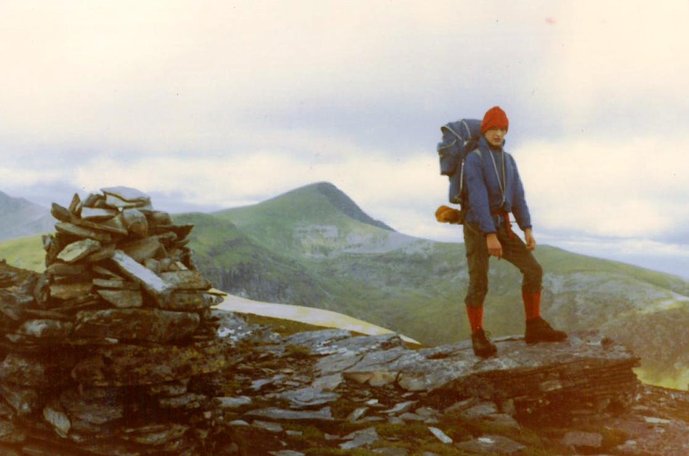 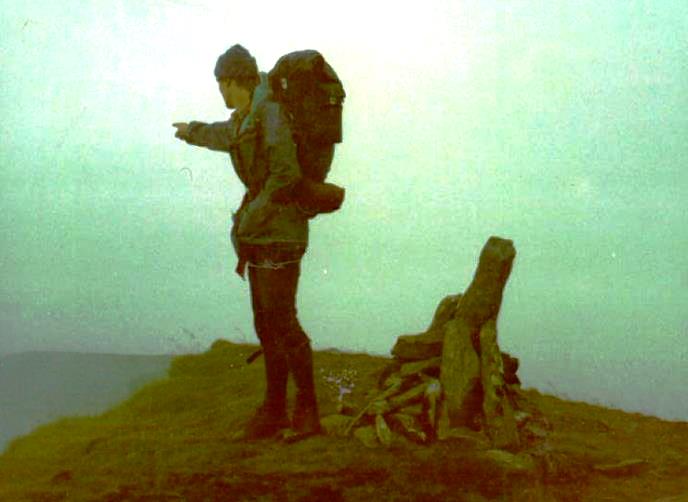 After this last hill, we wandered down to a stalkers’ track to the west and followed it to the western end of Loch Fannich where we pitched camp on the sandy beach. Our rucksacks had been hard work but, in our early 20s, fit and strong, it had been a blast and we wouldn’t have wanted to have been anywhere else. 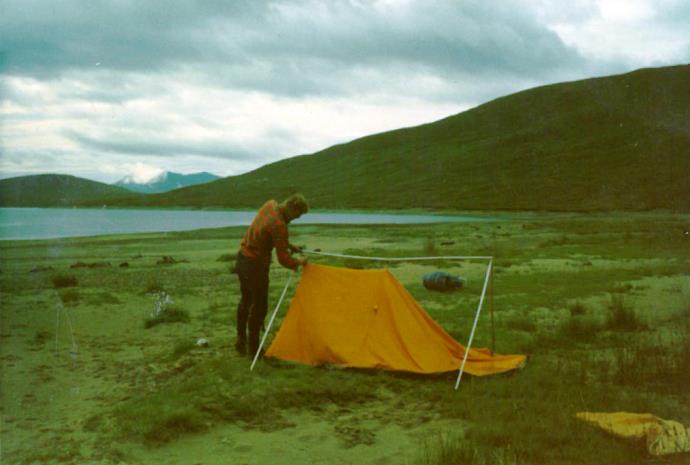