Yes my munro tally read 50% yesterday, it's not taken me long to get there only 20 years

The story behind my interest in this 'pastime' goes back to my late wife who sadly passed away in 1997, she persuaded me to join Glenrothes hill walking club & we went on a few outings

When I joined this site I was sure I had struggled up exactly 100 munro's so the process of changing red balloons blue was quite fun, that was until I had gone through my log only to find that the total was 98

So I checked my list again & again but it still only reached 98 and that was May last year, so the obvious thing to do was to get out & bag the another 2. So that task was fairly straight forward, I had intended to sit back & relax on reaching 100, as driving over 75 miles before even starting wasn't overly appealing. But like probably everyone on here, once you get out in the hills, talk to like minded folk it is difficult to pack it in

So the last 52 have taken just over a year, which by my standards is pretty rapid

Gairich turned out to be a fantastic hill to reach a milestone, unlike my 100th which was the middle hill in the Creag Meagaidh trio & one can only describe it as a wee bit insignificant

This weekend has been completely new territory as I have never been out in the hills 2 days consecutively & I was to go one better, I was actually walking 3 days on the trot

I had booked a B&B in Fort William as my son was running the WHW race, however other circumstances with his partner meant he had to retire, so I was able to concentrate on my walking

So a 3hr 30min drive from Fife to Loch Quoich meant I arrived at the dam at 11.30am, the 11 mile drive along the single track road to the dam albeit one of the better single track roads, did seem to go on for ever

I parked up as per the WH route, there were 3 guys who arrived just before me & they were getting kitted up. I managed to start walking before them & set off across the dam wall, the target for the day was looming large in the distance. 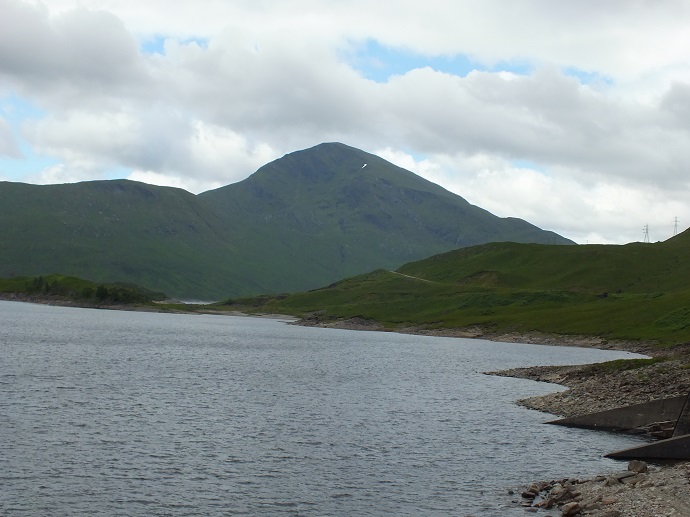 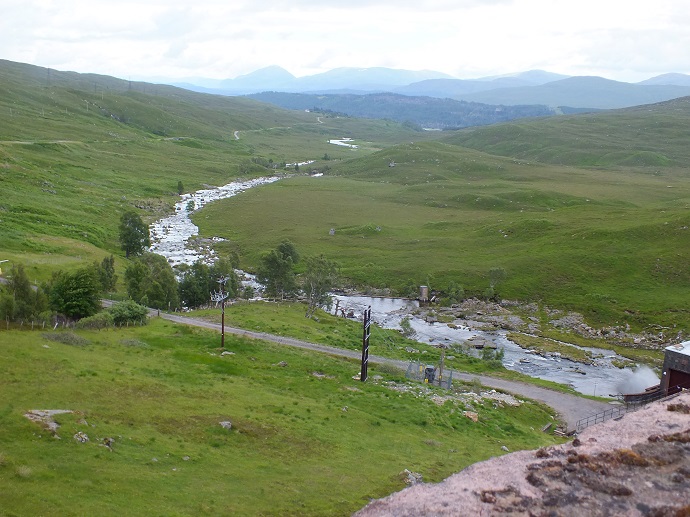 Looking down Glen Garry from the dam The walk round the loch to the forested area was a bit boggy, but I daresay after a spell of rain things would be a whole lot worse. I followed the WH route almost to the letter and the path was pretty good and easy to follow. The way up from a wee bit closer Looking down onto Loch Quoich Looking south, gives you an indication as to how steep the climb is

The climb up to the summit is very straight forward with one scrambling bit, but even by my pathetic scrambling standards was easy

The path zig-zags & if you are inclined to stop for photo opportunities, there are plenty of them, looking back over Loch Quoich A few photo's taken from the summit, the 360deg views are quite superb 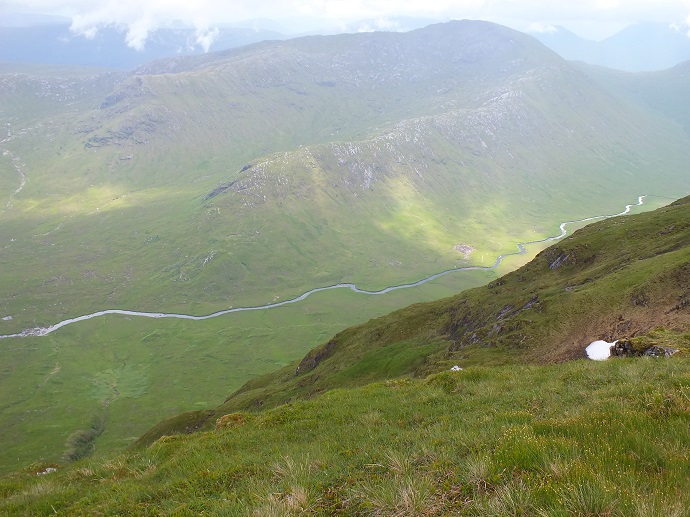 The walk down was uneventful until I reached the peat hags/boggy bit, this was where I wandered off the beaten track, heading in the wrong direction, which then resulted in traversing across grassy slopes, which was probably easier underfoot

Arrived back at the car after 4 hours, was really pleased with my fitness, especially as I didn't stop as many times as I usually do & the stops were purely for photo's, well that's my excuse

A great day on a great hill, done in t shirts only, next stop Gulvain

Howz the mileage on the car?

Well done on reaching the halfway point after so long and a good choice of hill for it.

Gordie12 wrote:Howz the mileage on the car?

Hi there Martin, many Congratulations on reaching the halfway mark, and on such a good day as well, bonus. Nice hill with great views from the summit, pity about the ugly scars being made on the North side of the road by Scottish Hydro contractors

Carry on at this rate who knows the total number of hills you will have done by the end of the year, keep the momentum going, that's what I say, Arabest Rod

Well done - that's some rate of acceleration in your ticking them off this year!!
Good to hear you are doing more than one day on the hills at a time - that's the way to do it

congratulations on getting half way - a good area in which to do it as well !

Fife Flyer wrote:Yes my munro tally read 50% yesterday, it's not taken me long to get there only 20 years

Well done on reaching the half way point.

That scrambly bit doesn't look that easy given the drop...

No harm in taking your time. It's taken us 6 years to get this far and at current rate probably another 5 or 6 to get to the half way point. Living in the South of England and hating walking in cr*p weather doesn't help!

Nice one FF, half way and it's downhill from here..well done

Another good one, Martin!

Looks like an excellent walk - 4 hours, hmmm, would take me all day!

Now you've done half, it'd be a shame not waste all that effort and not get on and do the other half.

Okay, so we've walked a few times together now. I hope you know me well enough to take my comments exactly how they're meant.

Congratulations Namesake, you are officially Over The Hill