After travelling up the evening before and camping in Blair Athol Neil and I had a relatively early start planned for our annual summer trip, and being as it was midsummer day we expected to be donning liberal amounts of sun lotion 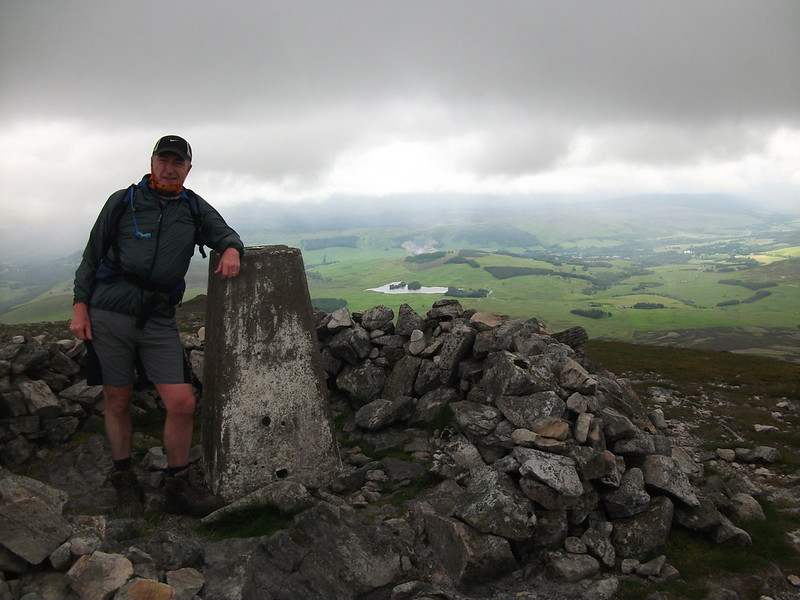 Arriving at the summit I was forced to pull on my wind-shirt over my shorts, then whilst we spoke to a guy who had come down from Inverness it even started to rain and before long I was in full waterproofs (I put the bottoms on to keep my legs warmer as I had started the walk in shorts).

However, the weather cleared a bit as we lost height and was to hold relatively fair for the remainder of the walk. 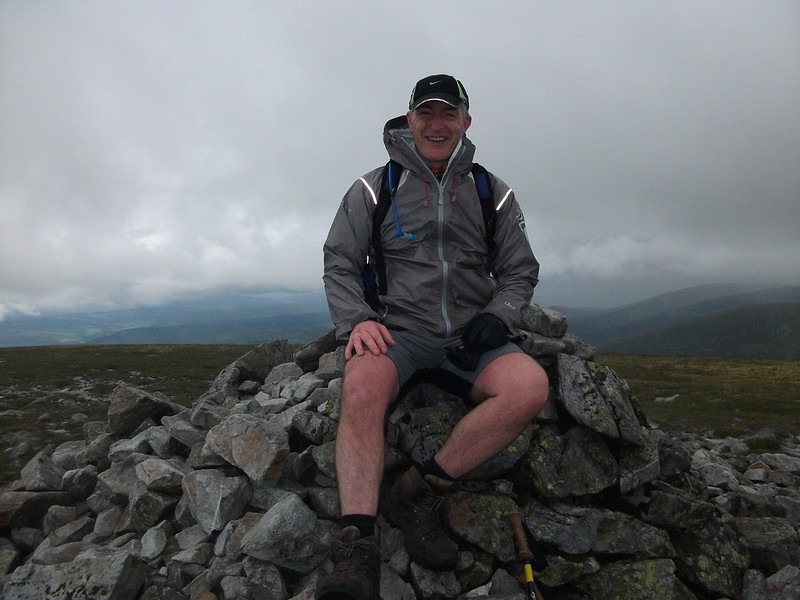 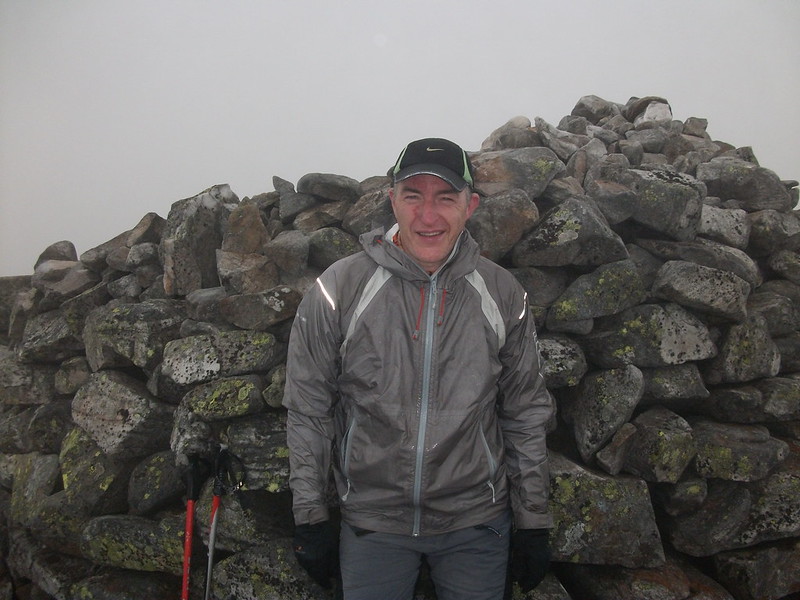 After returning to collect them we descended following the burn eventually picking up the good track to the start.

As it was the first walk of the week, we maintained a good pace finishing in 5 hours and 20 minutes, allowing us to relax back at the tent that afternoon

P.S. I haven't published the trip reports for the next 6 days, but you can see them on my walks blog if you are interested.