Two Down, Two to Go

Two Down, Two to Go


A successful outing at Easter to Am Faochagach left me with 4 munros to complete. A trip to Loch Arkaig for the last weekend in May had been in the diary since Christmas so all we needed was some good weather and boy did we get that.

A number of years ago I climbed Sgurr na Coireachan along with the Corbett Sgurr Cos na Breachd Laoidh . The idea had been to use the trip as a way of familiarising ourselves with the area before returning the following year to climb Sgurr na Ciche and Garbh Chioch Mor. It never happened. Each year the hills were added to the list and every year the excuses came out, weather not good enough, not enough time, deer stalking season, days too short. With only a few mountains left there were no more excuses.

For the last few years my Christmas present from my brother has been his company to some of the more remote mountains. We’ve stayed in a number of bothies, Beinn Dronaig, Shenaval and Glen Feshie and last year we camped out at Carnmore. On my previous 2 visits to Glen Dessarry I’ve made the trip in one day from Glasgow. Given the remote location of these two hills we decided to stop of at A’Chuil.

The road along the loch is still as crazy as ever but has deteriorated badly in some sections. The new car park at the road end was a welcome change after last year’s free for all. 10 minutes after arrival the packs were on and we set off along the track. The walk in through the forest was lovely in the evening light. I tend to think of commercial forests as dark and dead but this one was bright and airy and was teeming with birds.

The bothy was very busy but we all managed to squeeze in. With so many bodies it was warm which made for a pleasant change. For once I spent more of the night asleep than I did awake. The next morning we were up and at it by 6:30 am. The plan being to start early in the hope we would be back in radio coverage by 6:15 pm to pick up the Leinster vs Glasgow cup final. 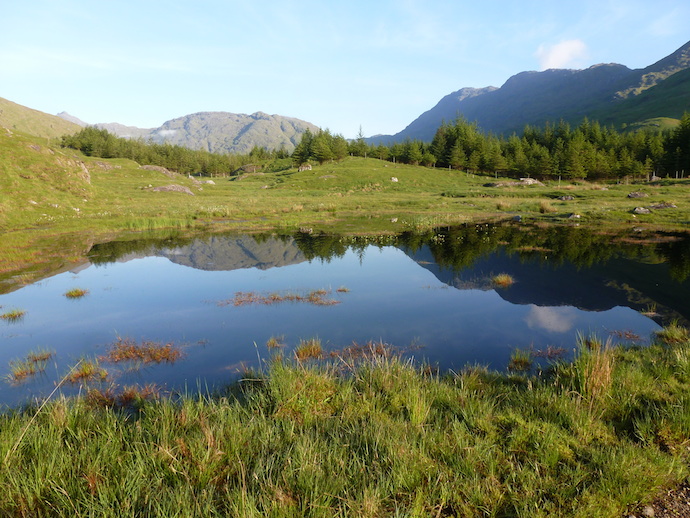 The track from the bothy was good in most parts and within the hour we had joined the route towards Sourlies on the north side of the river. Another 30 minutes saw us at the split in the path that would take us up below Garbh Chioch Mor and on to Feadan na Ciche. This path isn’t on the 1:25,000 maps but is shown on the 1:50,000. It doesn’t take you all the way but it does take you up the steepest part. From there it was a very straightforward walk to the base of the gulley. 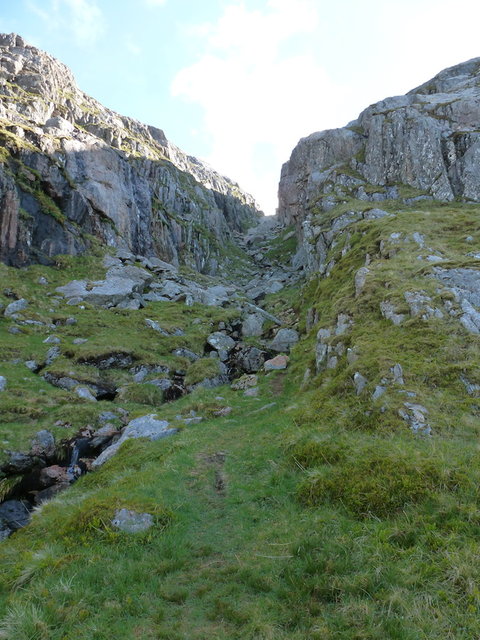 The gulley has an obvious path to start with but that soon fizzled out. The route crossed then re-crossed the river but keeping close to the sides seemed the best option. Thankfully the gulley was in the shade as even though it was still early morning it was really beginning to warm up and my anti tick wardrobe meant I was covered from neck to ankles. Part way up we had an unplanned stop to watch a pair of ring ouzles and a pair of ptarmigan. 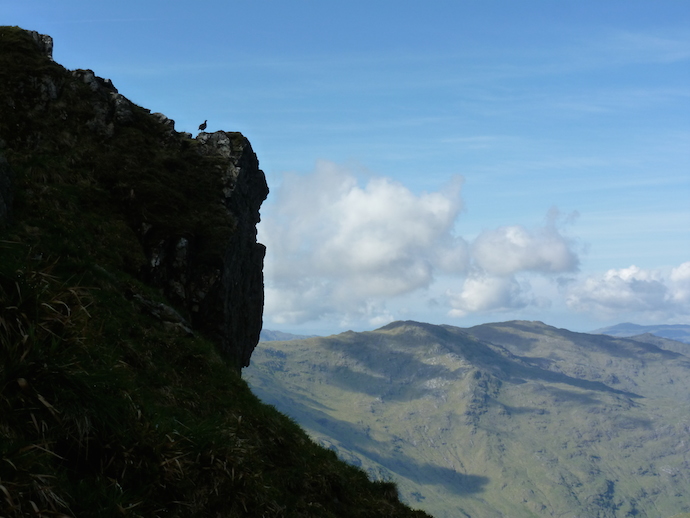 Lord of all he Surveys


Once at the bealach it was a short steep pull to the summit. 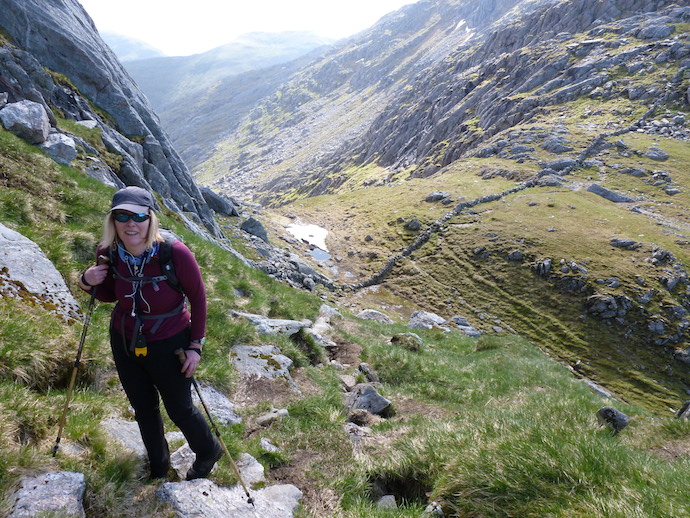 The views were fantastic in all directions. 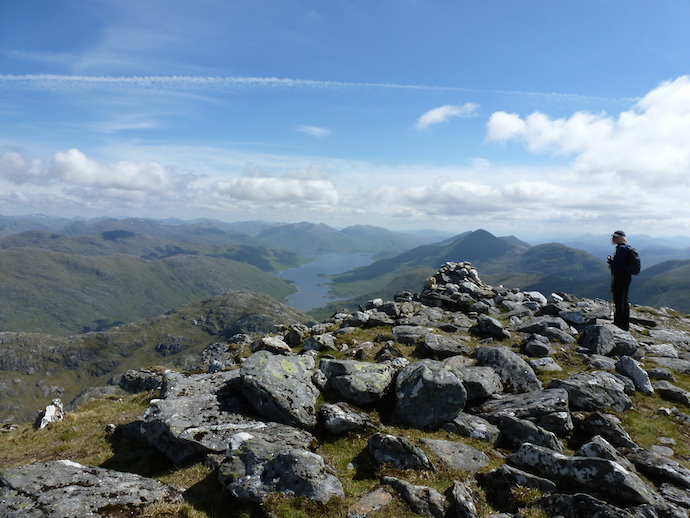 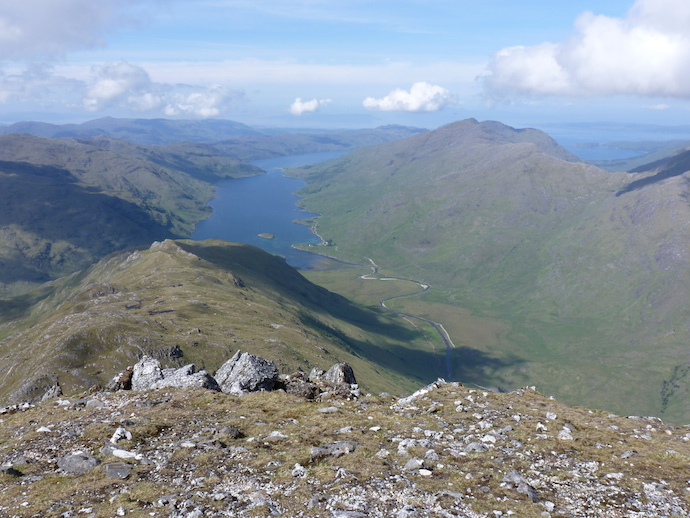 We finally managed to drag ourselves off the summit and made our way over to Garbh Chioch Mor by following the old wall almost all the way to the summit. 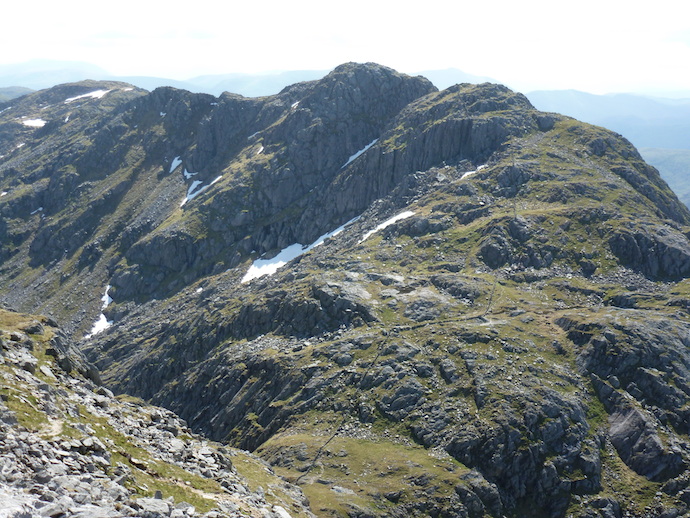 The cloud hiding Skye had lifted so if anything the views from here were even better. 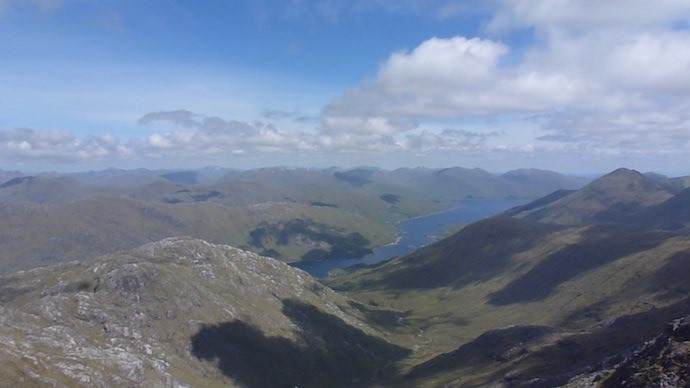 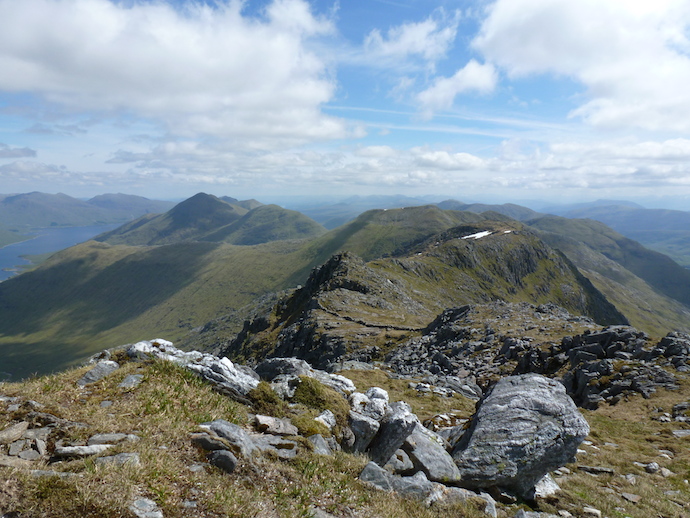 Rather than carry on along the ridge we cut back down to Feadan na Ciche and retraced our steps back to A’Chuil for a welcome brew.

On the walk out the woods were alive with dragonflies and damselflies. I saw several different types including my absolute favourite black and golden banded. I saw more dragonflies in one short walk than in the last few years put together. A great end to a great day.

We made it out to Gairlochy in time to catch the rugby. What a shame Glasgow didn’t win.

Had to have a sneaky look to see where your last 2 are, not exactly what you could class as an easy pair

Enjoyed that! Good luck with the last pair - doesn't look like you'll do them in one trip

Hi Fife Flyer. Off to the Iron Lodge with the bikes on Saturday so that should hopefully take care of one. I have no interest at all in the last one so we'll have to see what August brings.