The Brothers of Kintail

The Brothers of Kintail


I had caught the bus down to Kintail with the Moray Mountaineering Club, fully expecting most of the others to be heading for the Five Sisters or the Saddle. I was pleasantly surprised to find I would have some company, as 4 others were also heading my way.

Alighting from the bus at the layby on the A87, we started the ascent up what is possibly the steepest half-k in Scotland. No chance to warm the legs up here, its Up, Up Up all the way. I huffed and puffed my way to the bealach, shedding layers as I went, and was rewarded with this fine view: 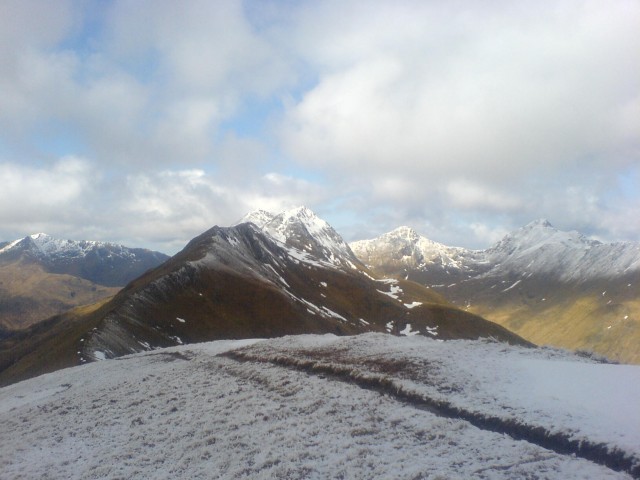 the Five Sisters from the East. 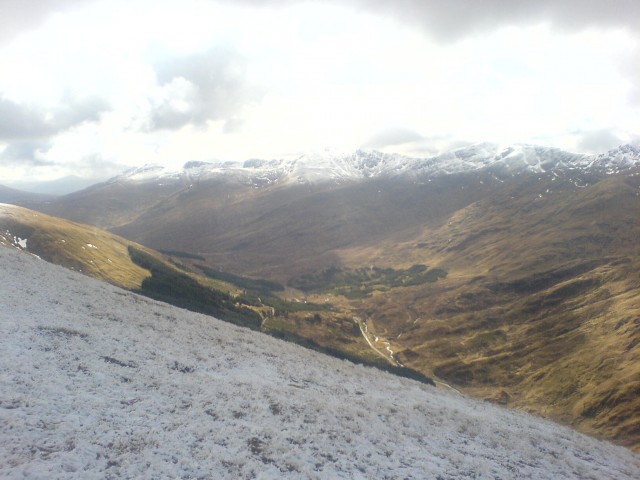 East from the bealach

Now the hardest part of the day was over and we could enjoy the ridge walk, in fantastic conditions. hardly a breath of wind and good visibility. Saileag was reached quickly and unremarkably but the good weather meant great views in all directions. 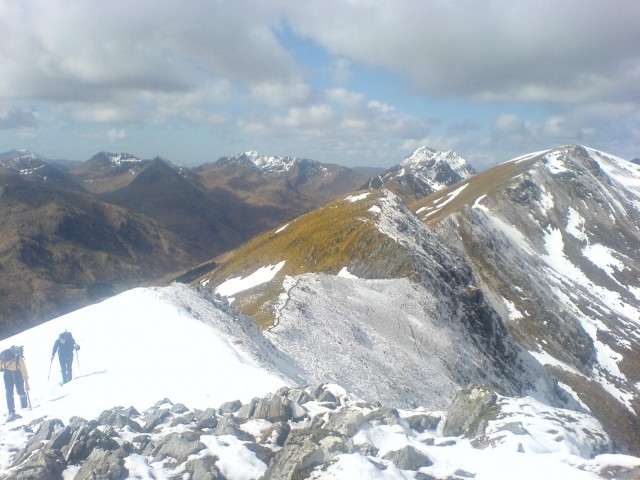 Soon we were ascending the snowy slopes of Sgurr a Bhealaich Dheirgh, the summit of which is out on an interstlingly narrow spur. There was a bit more snow up here, being the biggest hill of the day. 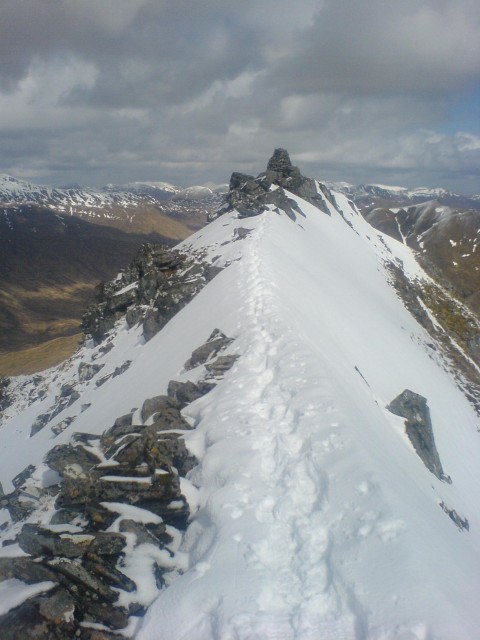 Onwards and downwards, quite a considerable loss of height between Sgurr a Bhealaich Dheairgh and Aonach Meadhoin. A wee break at the bealach, where pieces were had and views were admired, then it was up up and away again, following the steepening rocky ridge to Aonach Meadhoin. A wee snow shower chased us to the summit so we didn't linger here. Quite a lot more snow on this hill, particularly on the descent. However after crossing Sgurr an Fhuarail the snow soon disappeared and a long, gentle grassy ridge took us all the way down to the Cluanie Inn. 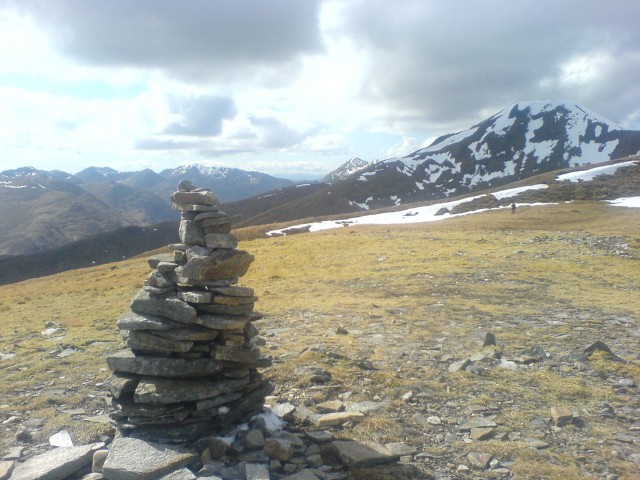 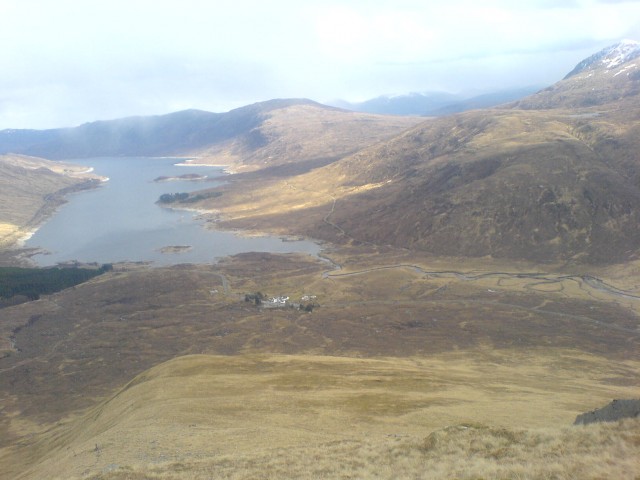 A fantastic day out, in unexpectedly good conditions. 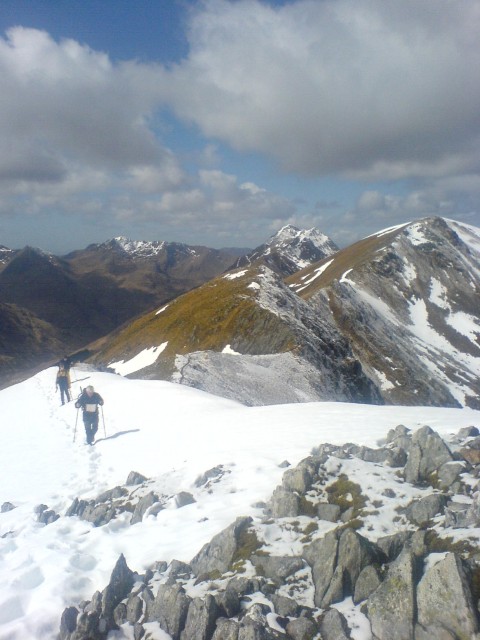 Nice pictures Clamberer. I was up there in May last year.

Is that snow soft up there, no need for crampons?

Had an excellent view of these last weekend from Saddle and SnS.
Cheers

Thanks folks! V chuffed at getting a good reaction to my first trip report

Unfortunately I left my camera at home so had to settle for taking pictures on my rubbishy phone- but they turned out nae too bad after all!

PS Monty, the snow was very soft, definitely no need for the ironmongery. There wasn't much of it left on the lower slopes at all, but the leeward side of Sgurr a Bhealaich Dhearg had a good covering. I think I'll be putting my crampons away for the year now- but I'll take my axe for a wee while yet, just in case!