It was the third day of the previously mentioned Gold Assessment from Aviemore to Kingussie, the long way round. In the early hours of the morning of day 2, I had left the tent near Corrour Bothy to do a route taking in the Devil's Point and Monadh Mor, before the long trek down the Dee to White Bridge, then along to the meeting of the Bynack and Geldie burns before heading out onto the moors beyond Geldie Lodge and camping next to the Feshie in the shadow of Carn an Ealar (or Fiddler or whatever it's supposed to be called).

On day 3 I set off well before the kids and made a bee line for the Feshie Bothy which would be our campsite for the third and final night (well, they'd be camped outside it and I'd be ensconced within it). Their original idea had been to do an ascent of Mullach Clach a'Bhlair from the bothy that afternoon/evening, but by this stage of the proceedings they seemed to have been thoroughly disabused of that notion.

It was a cracking walk down the Feshie as the surroundings changed from one of moorland to broad river valley. It was also my first time in Glen Feshie proper and despite my pace, I was really appreciating the beauty of my surroundings. I only wish I had taken some photos and included them in this report. Oh well, I have a feeling this route will be used again for a Gold Assessment so I'm sure I'll be back!

Now I hardly ever get blisters but this morning my right foot was really starting to give me some grief so it was with some relief that I reached the bothy and downed tools. After removing my boots and socks and regaining consciousness after being knocked cold by the stench, I set about some running repairs to the blister on one of my right toes, before pulling a chair outside the door and getting a leisurely lunch on the go.

The kids were a couple of hours behind me and there was still no sign of my colleague and friend Robin, who was acting as their assessor for this one. After a couple of meetings with them "in the field" over the last two days, he had arranged to see them at their campsite near the bothy this afternoon/evening. When I had bumped into him the previous day near Geldie Lodge (after he had met the kids and before he biked it back to his car at Linn of Dee and returned home for the night), I had made a request for some doughnuts to be brought in to the bothy the next day. By 4 o'clock, having been loitering around the bothy for some 3 or 4 hours in anticipation of the doughnuts and debating whether to go for Mullach or just lounge around and do more crosswords, there was still no sign of Robin or the doughnuts so I set off for the big track up the Munro. Again I traveled light, just as I had the previous day on the Devil's Point and Monadh Mor - map, compass, phone and camera.

Having had a scout around and seen no sign of the path shown on my OS sheet heading from behind the bothy onto the Druim nam Bo ridge, I opted to go up the track from near Carnachuin and back down via Druim nam Bo. I did find the aforementioned path on descent but it simply disappeared into a sea of ferns, bracken and trees for the final section back into the glen.

Other than that, there was not a great deal of note to report. A fine way to spend the better part of 3 hours waiting for doughnuts which had finally arrived by the time I returned - as well as millionaires shortbread! The living room with stove and that door Back to the bothy from the track towards Carnachuin 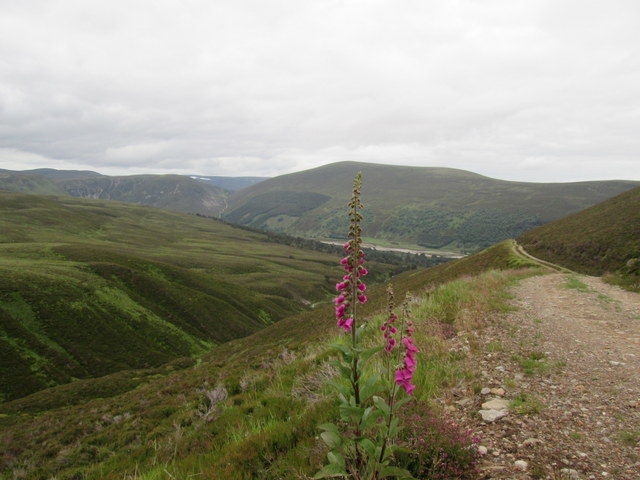 Yet another big slab of leftover snow Across the Moine Mhor from the summit of Mullach Clach a'Bhlair Down the Druim nam Bo ridge 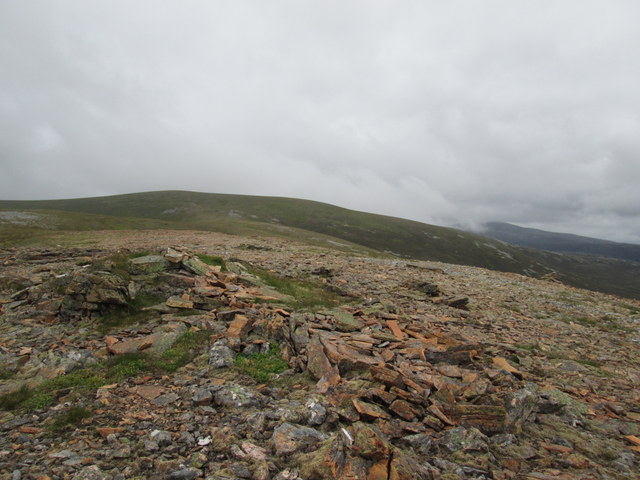 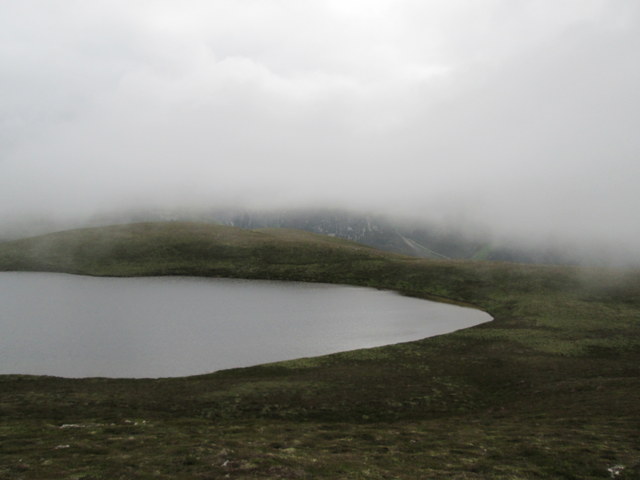 Up Glen Feshie from the lochan A chilly June night needed the fire on

Looking forward to these later this month with Martin (FF).
Great photos as always.

What a posh loo!

Aye to my good lady onto this via the Gleann looks a s math sin bothy , is it for use of everyone ?

Interesting route and enjoyed the photos!

Aye, you do make good use of your time, Graeme. Didn't realise that that bothy had a luxury wc in it - must visit next time I'm passing. Doughnuts sounded good - cheers

Nice one Graeme, good effort and well done getting the kids out there

That is Friday's target along with Sgor Gaoith for me, Chris & a late addition Andy

Thanks for posting & see you on Friday

Where is the picture of the donuts? Great-looking bothy - good that you got to stay in it!