Set off quite late afternoon, was a bit cloudy, but pleasent enough to walk in. After a brief stop at Bruce's Stone for a touch of late lunch whilst looking down onto Loch Trool, we shouldered our bags and set off.

We walked along the Southern Upland Way, taking in the scenic Galloway Forest Park as we went. Eventually we came to the stream we planned to follow up to reach the summit of Lamachan. It was quite hard going in the first section as it was quite steep, but once we reached the fence-line further up the hill, it was a noticeably easier ascent. 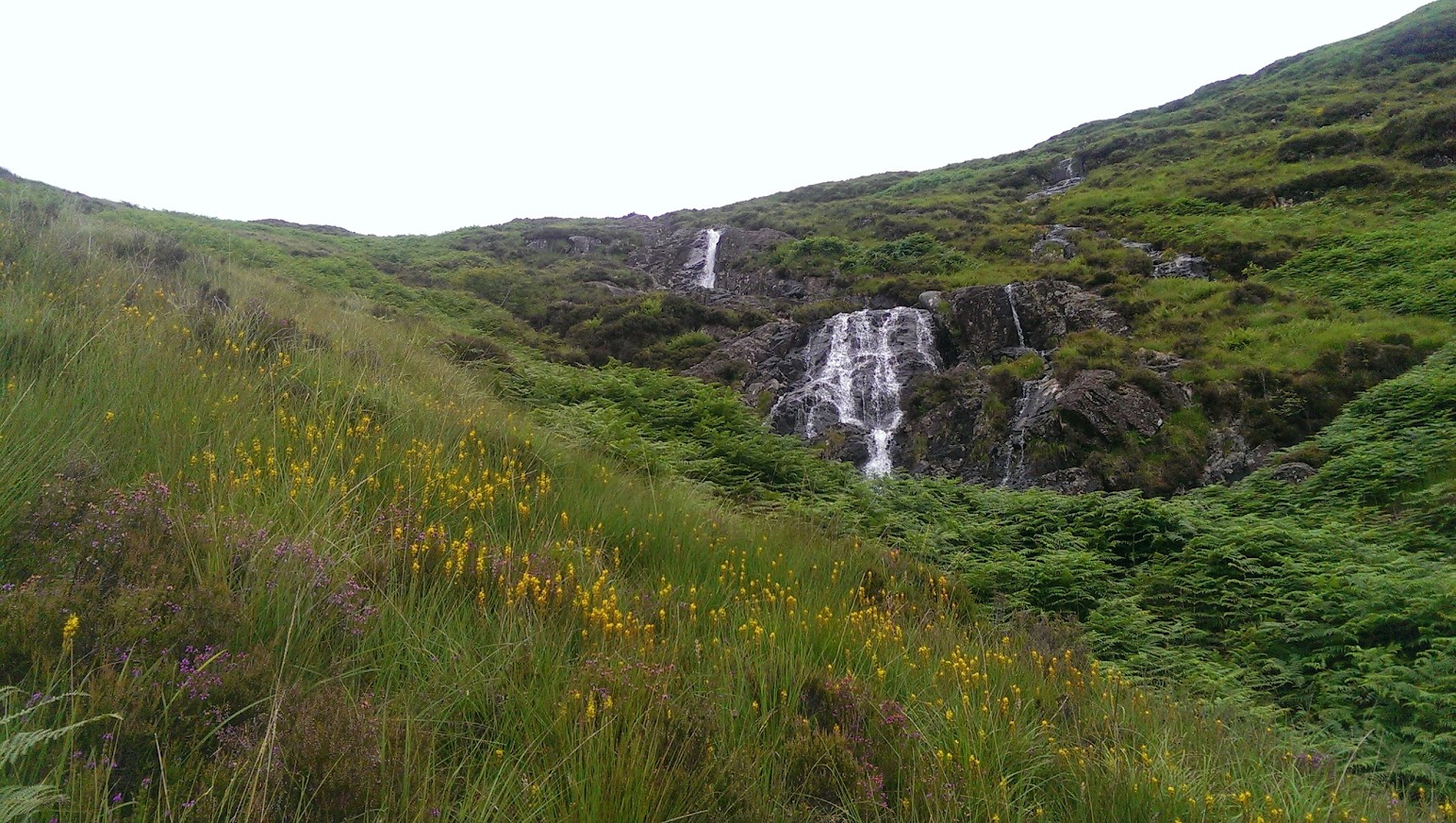 After reaching the 'Nick of the Lochans' we stopped for a few photographs, before pushing on for the final ascent to Lamachan. 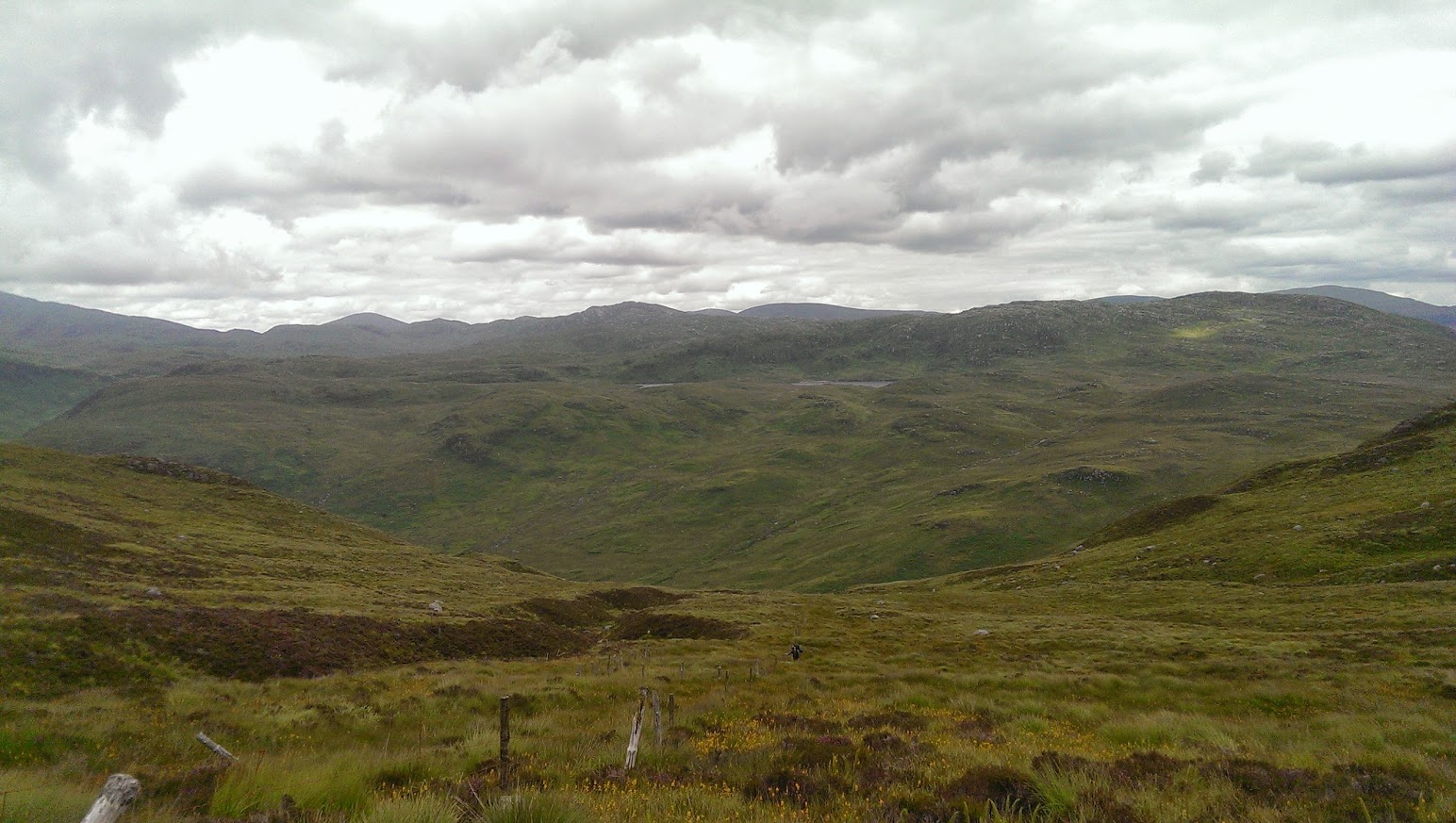 After the final push, we reached the summit cairn, ditched our bags and began scouting around for a suitable spot to camp. (Much to the annoyance of the local sheep). Eventually we decided on the best spot with a view for the morning and set up camp, ensuring to take some photos of the outstanding scenery. 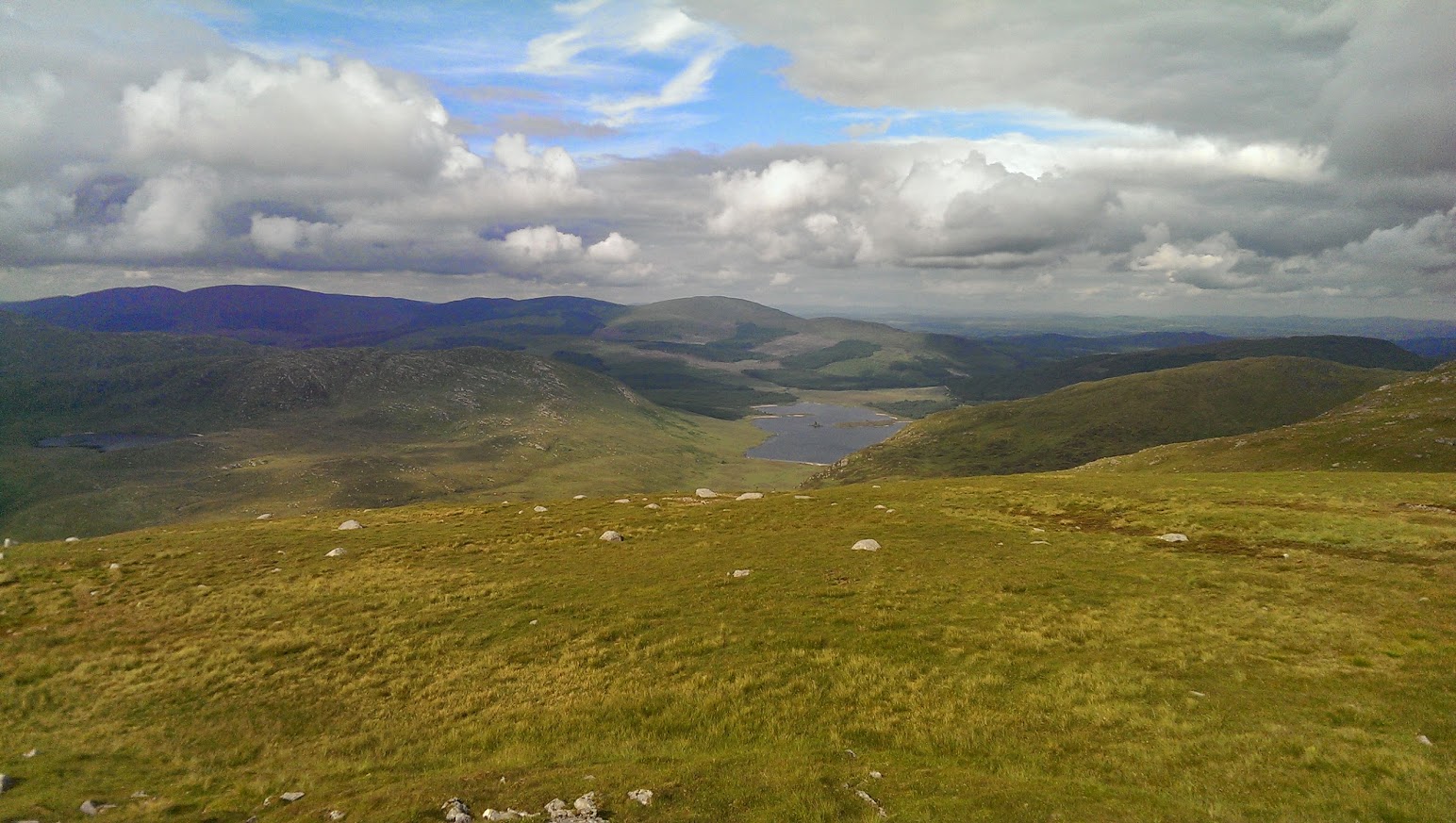 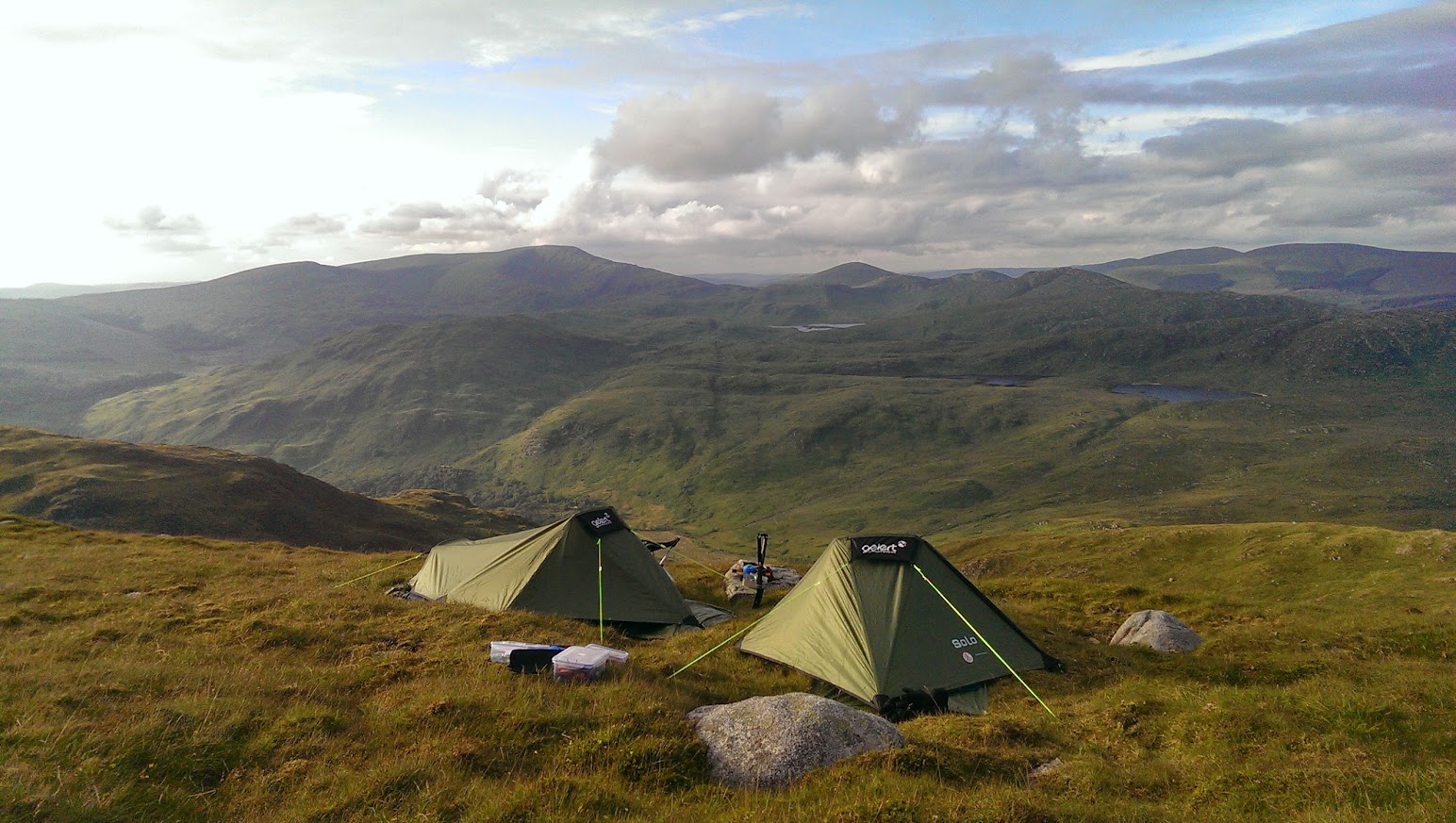 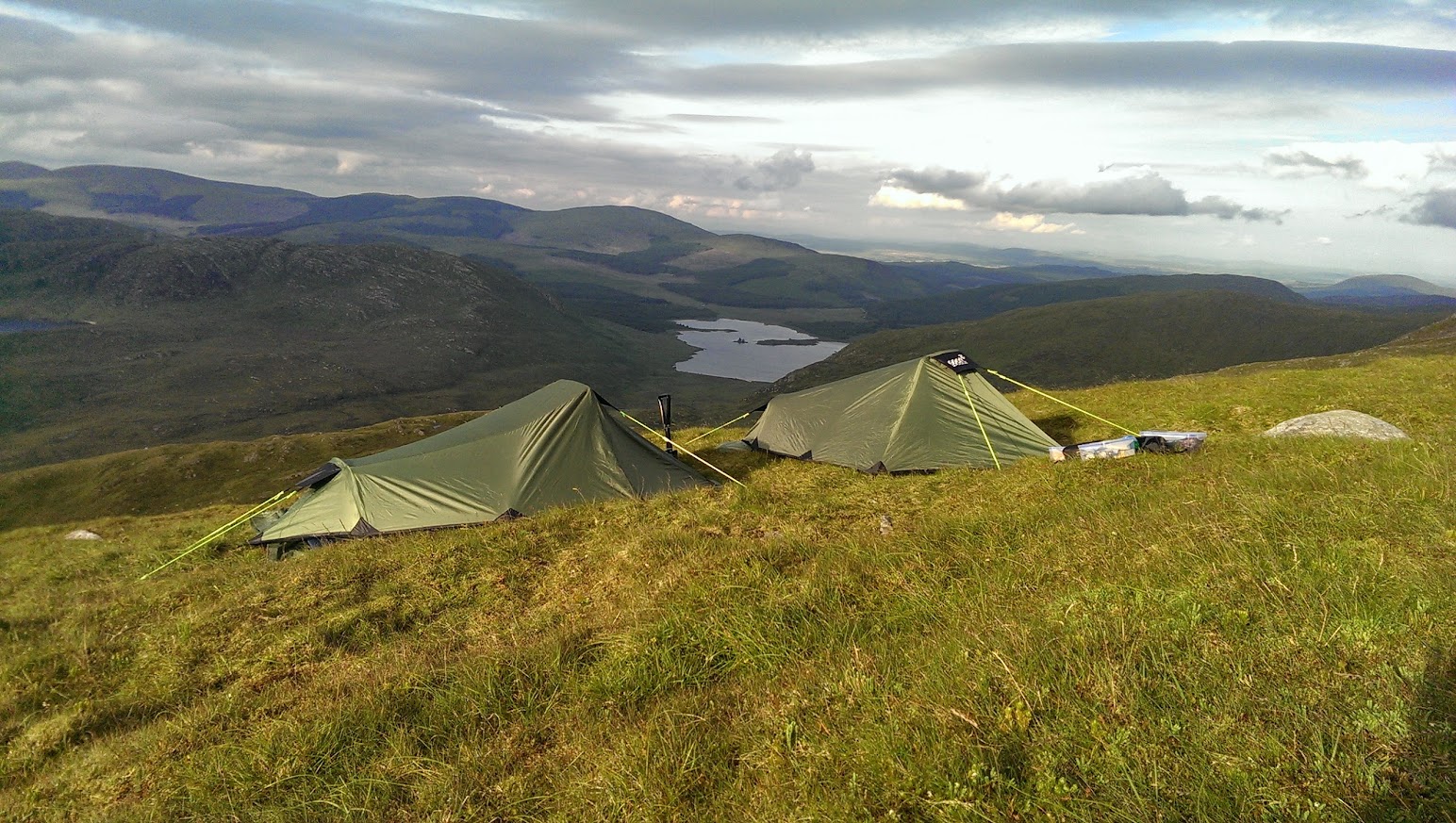 After staying up quite late, we decided that the clouds were not going to clear enough to give us a view of any stars, and decided to call it a night, I slept quite well despite it being quite windy at the top... Untill about 4am when the heavens opened.

The tents took an almighty battering, but held firm throughout the two hour onslaught of driving rain and high winds. Around 6am I decided to chance getting up, (Very pleased I had thought to put my waterproofs inside the tent with me, instead of stashed with the bags under a tarp nearby.) Opened the tent, and sure enough we were in a very dense cloud, visibility was only about 8 metres in front of us.

We quickly packed up the tents, as we were doing so the rain started again. After a brief conversation we decided that discretion was the better part of valour, and so ditched the walk route we had planned for the morning, favoring instead for a safe route off the hill. After taking a quick bearing from the summit cairn, we headed off Lamachan hill at an angle, to ensure we had a relatively simple descent through the clag.

Eventually we met the Southern Upland Way again and followed this back to the car.

We were delighted to see the Glentrool Cafe was open, and had breakfast and a hot chocolate there to raise our spirits before changing into dry clothes and setting off home.

An outstanding first day, and an enjoyable camp. Who knows, maybe next time we will get two days decent weather! Third times a charm!