bein dearg actual.gpx Open full screen  NB: Walkhighlands is not responsible for the accuracy of gpx files in users posts

Not sure of the total ascent for this one, Quo thinks it's 2500 which seems high so I uploaded the gpx file to uTrack and got 2700 - I reckon it should be closer to 2000 (although my legs think it was over 3000 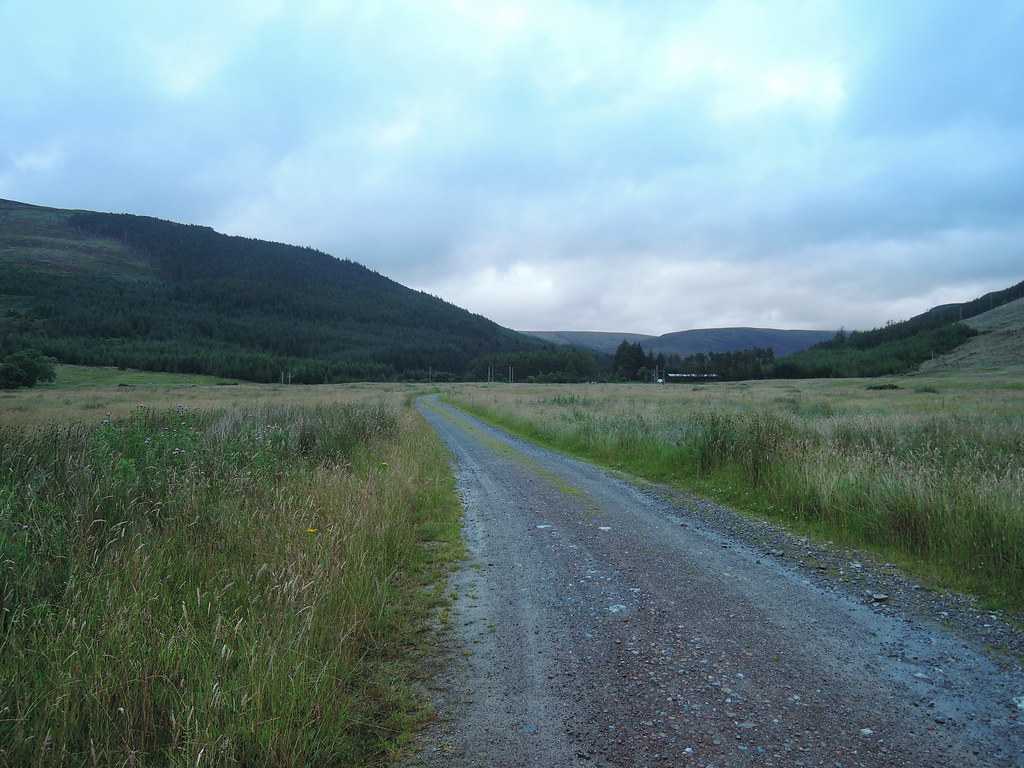 There's a gate at the end of the forestry, then a path. 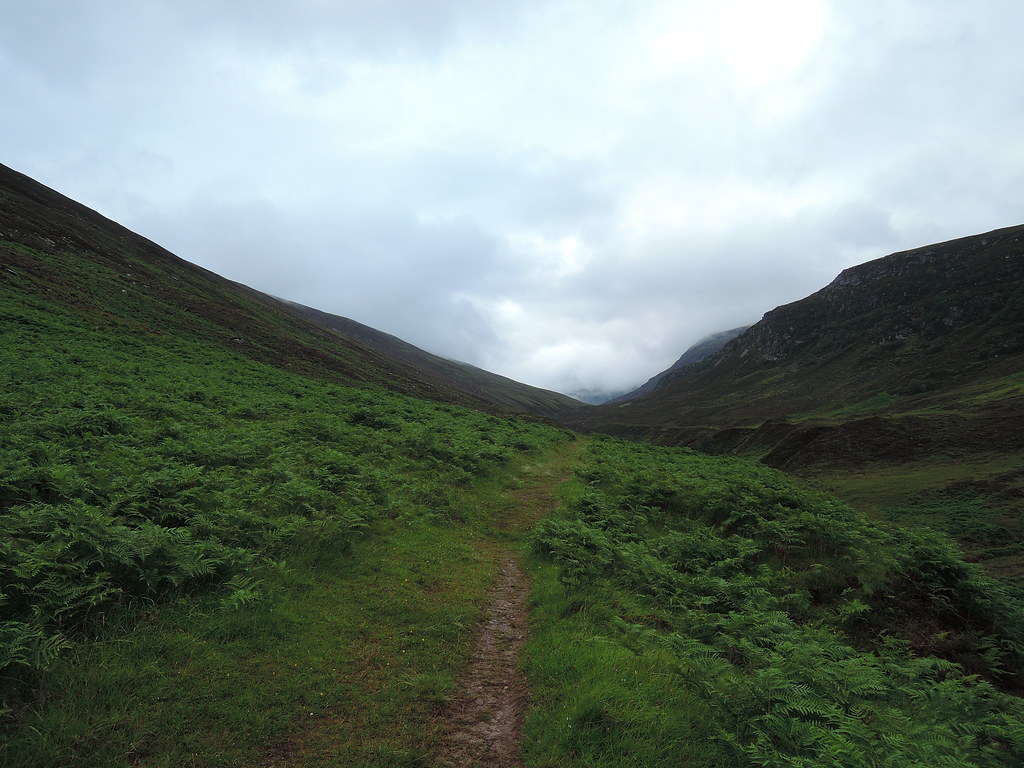 Plenty of water on this route, bealach to Beinn Dearg ahead. 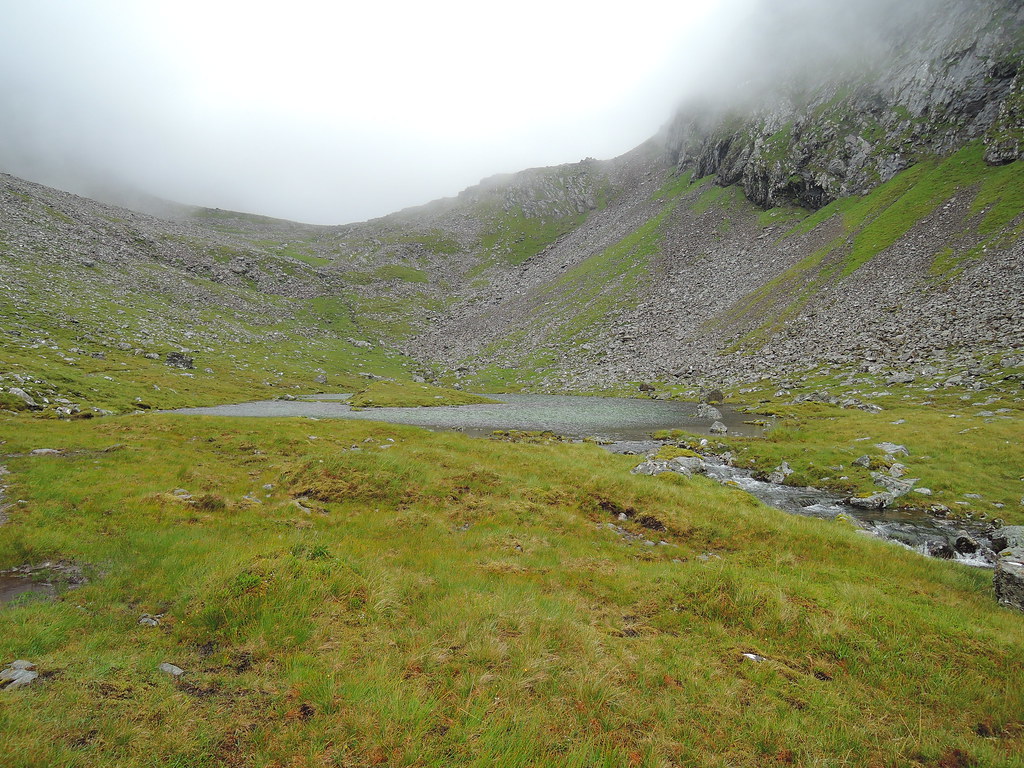 Into the clag, I just followed the wall upwards. It turns right near the top then there are a couple of cairns leading to the summit. 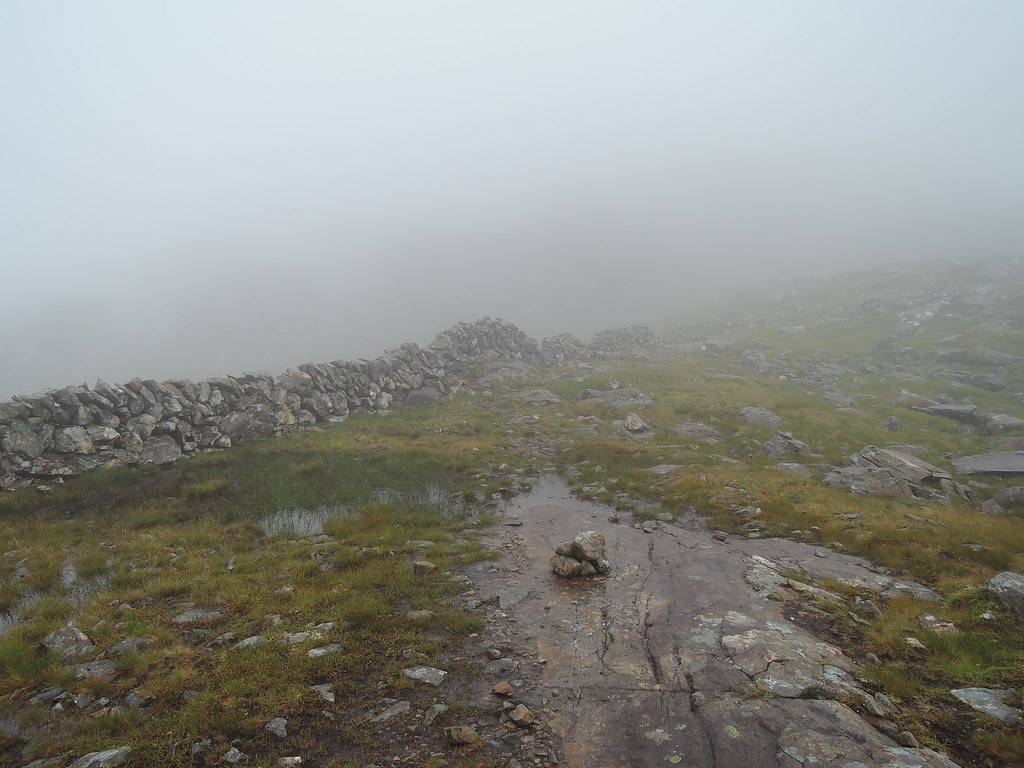 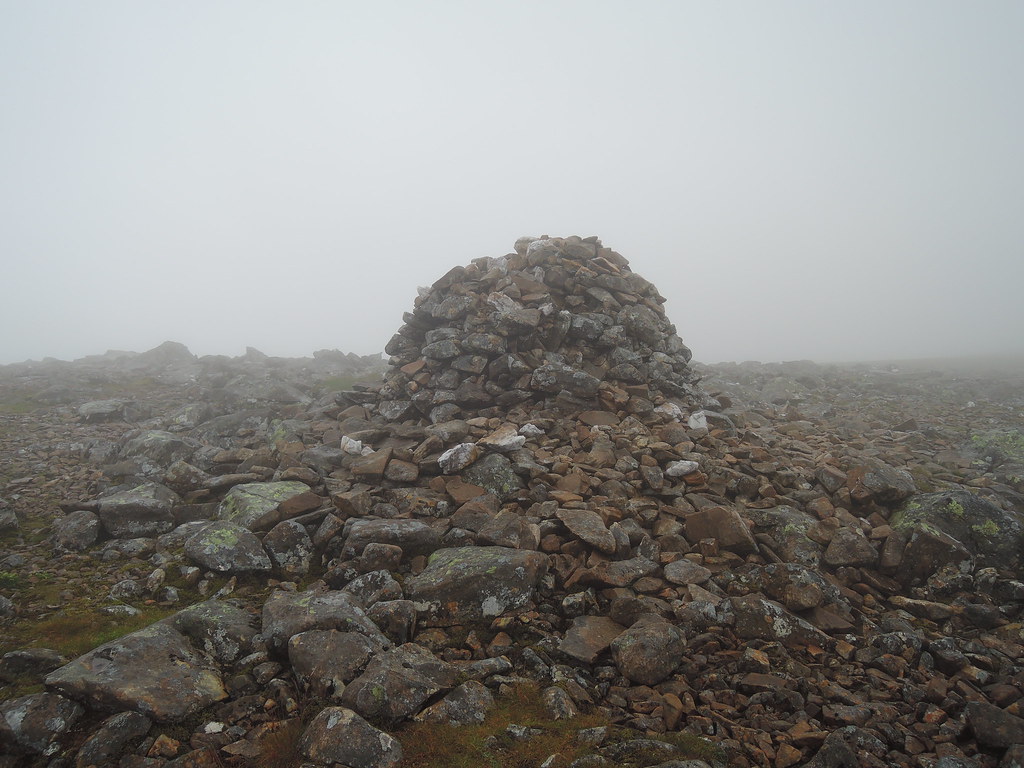 Back to the bealach then a rough path leads round to Cona' Mheall. 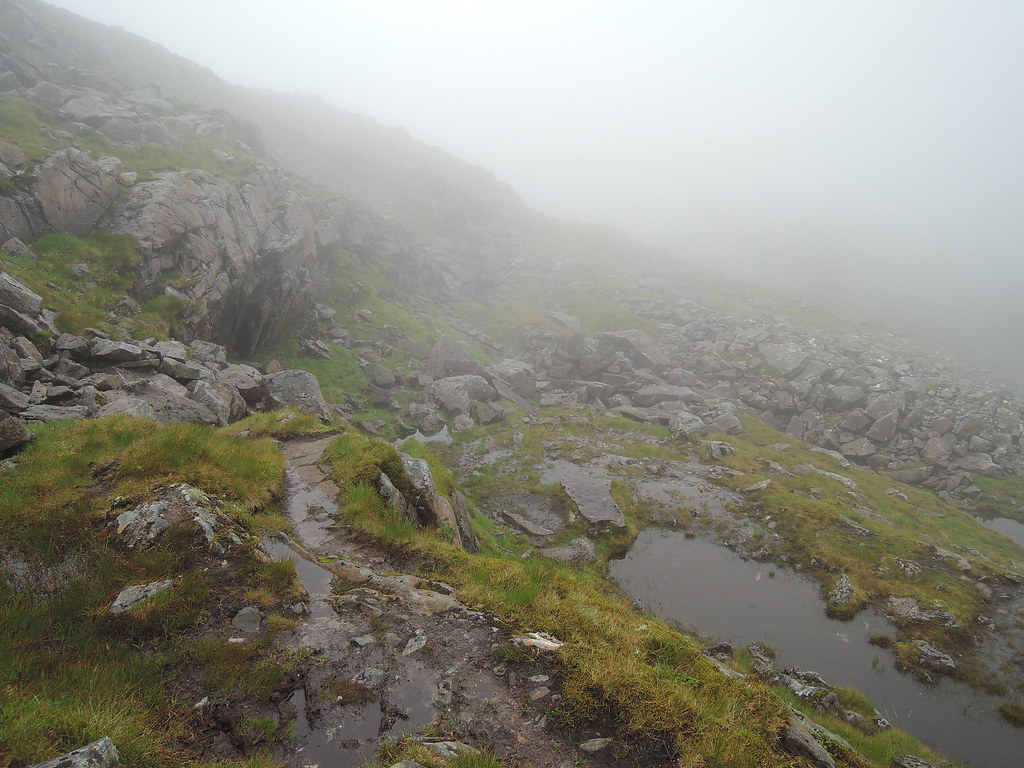 WH route is straight up but I followed a path to the right which stays on the grass and avoids the boulders most of the way up. 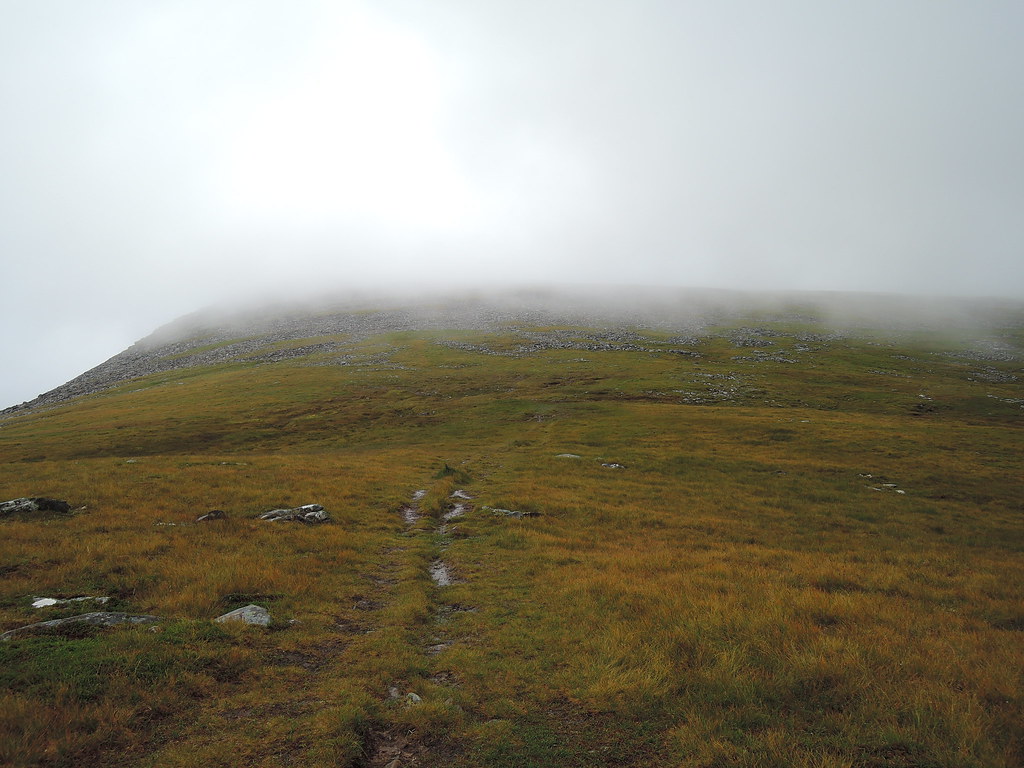 Guardians of the cairn. 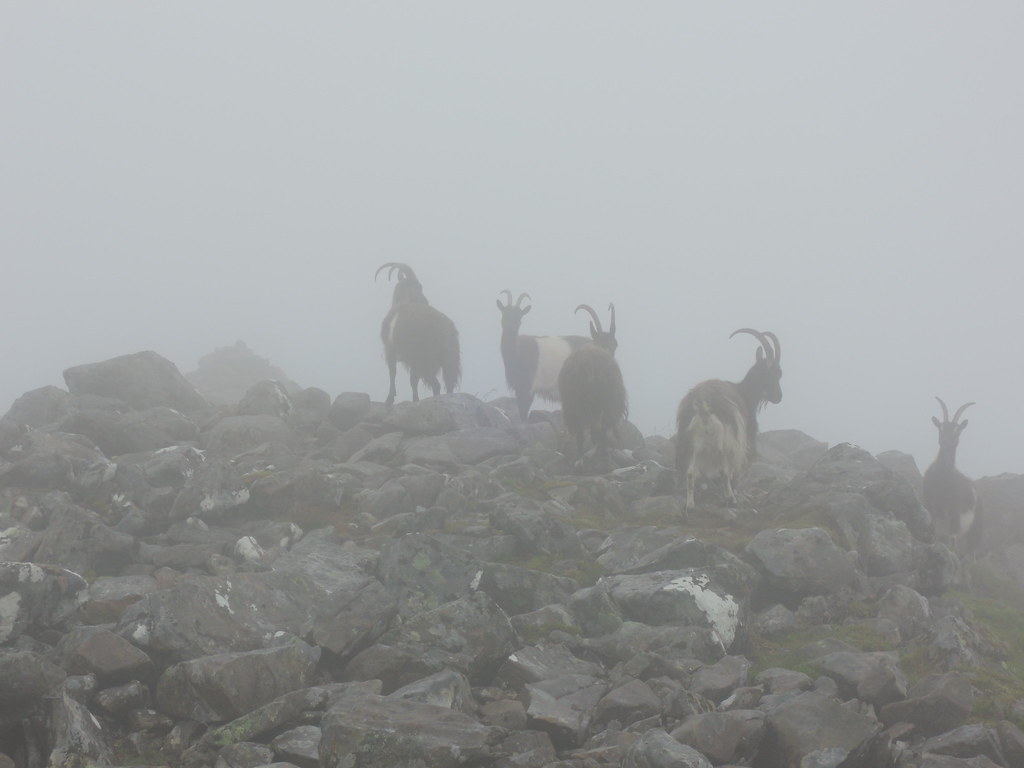 Waterfall on the Dearg cliffs, which look like they would be very impressive. If you could see them . 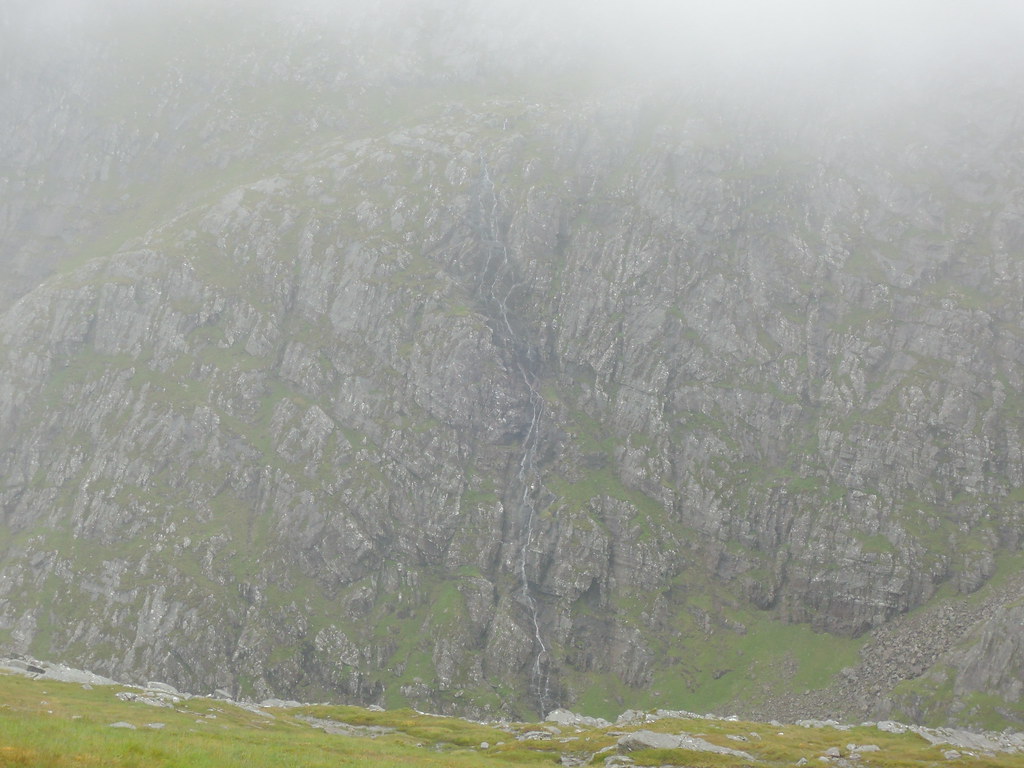 Back to the bealach for the last time. 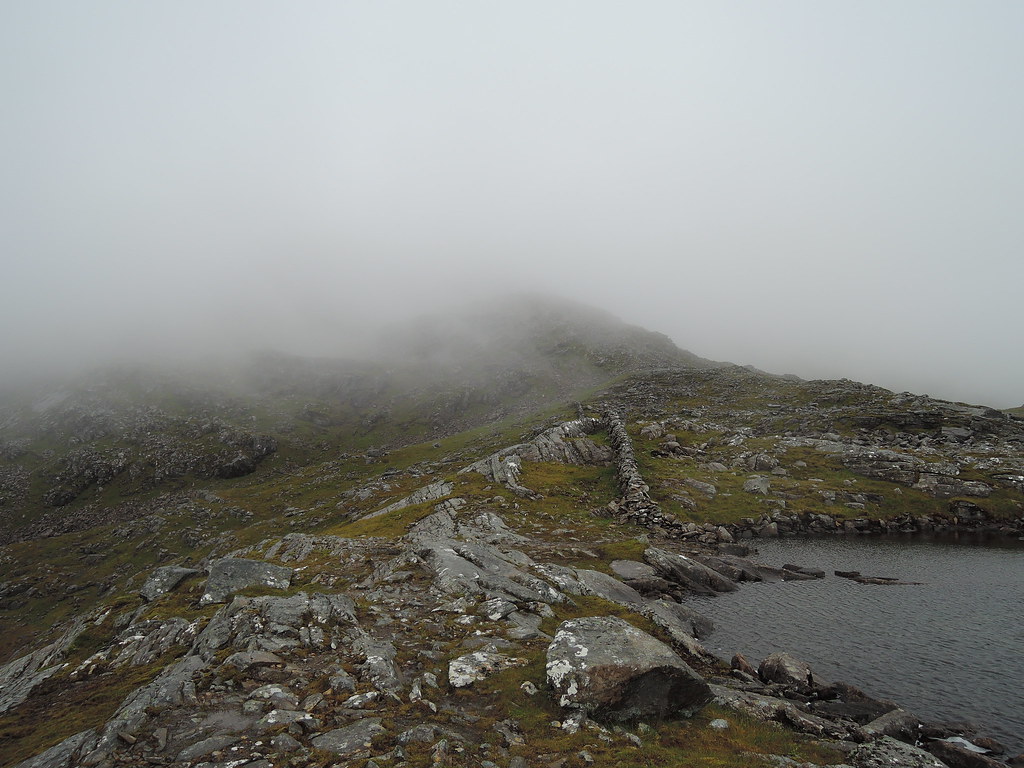 Then north-west for a quick ascent of Meall nan Ceapraichean. 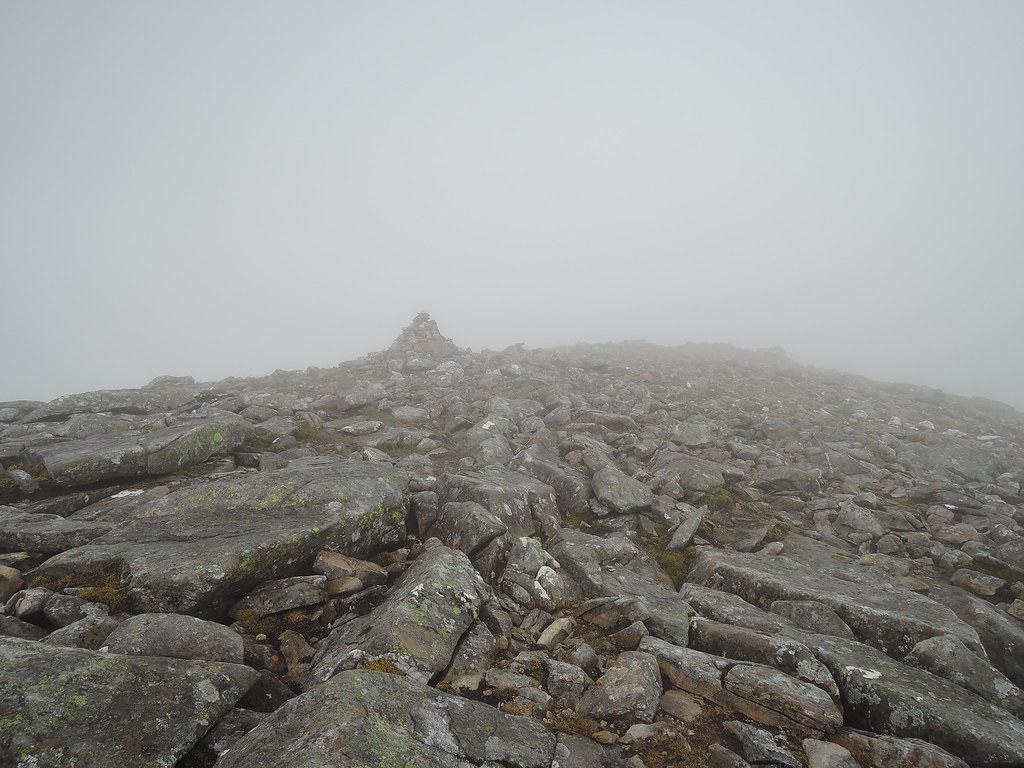 Down to the bealach with Eididh nan Clach Geala. 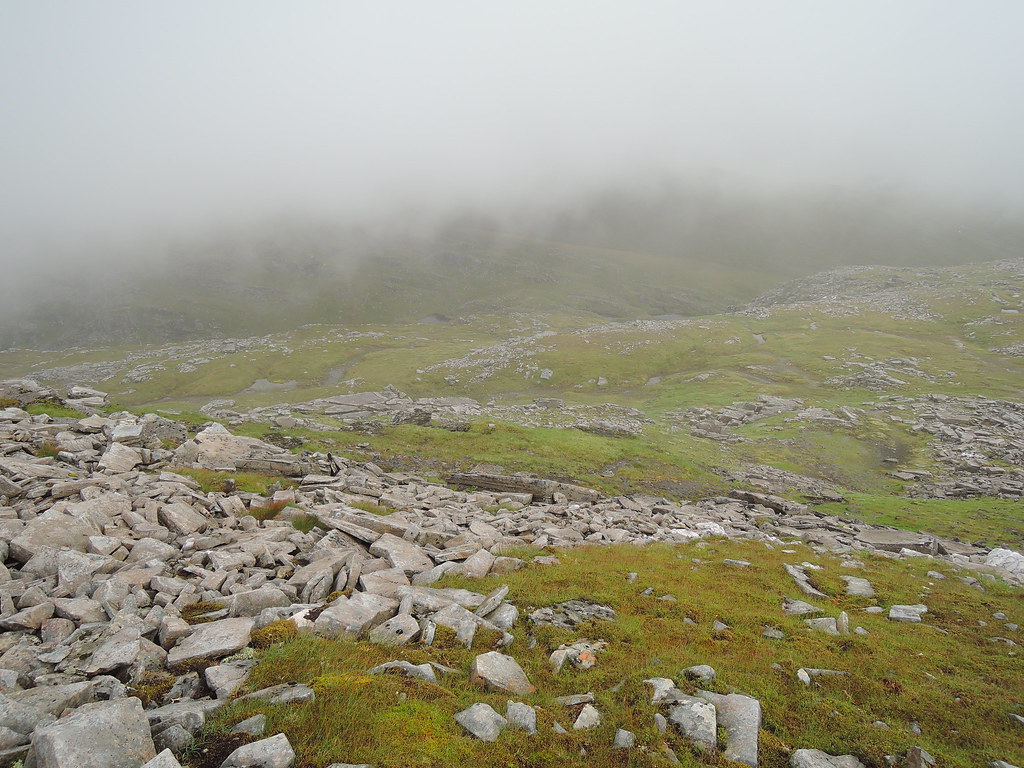 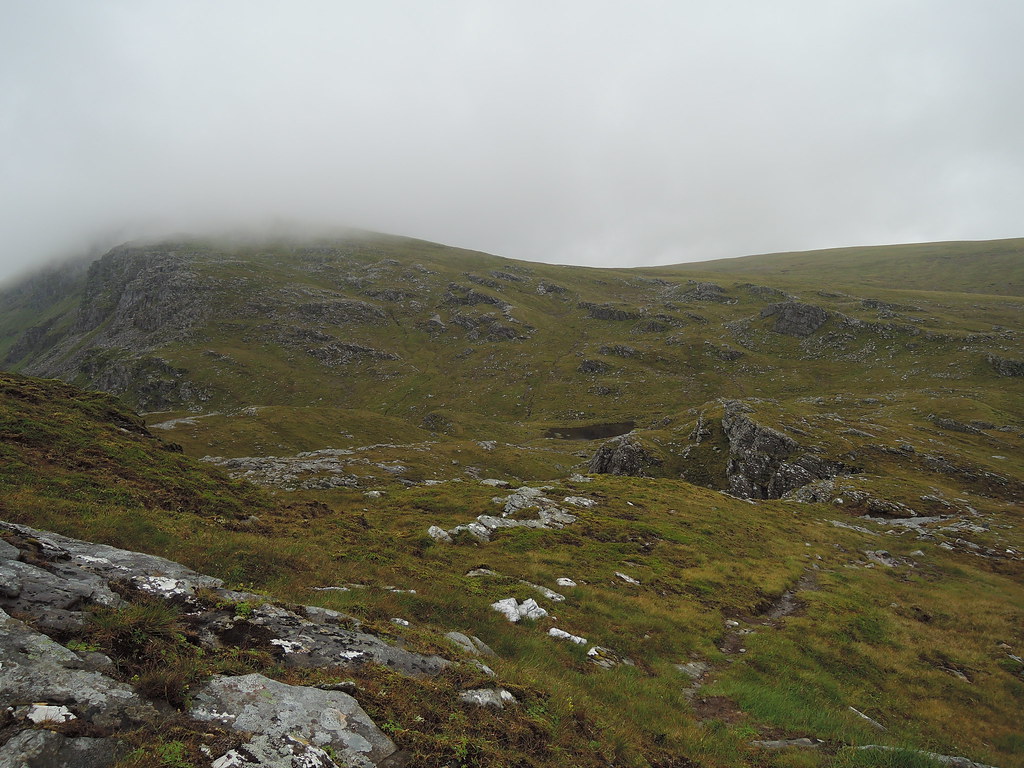 Wearing trail shoes and didn't realise how wet it would be so I sat at the cairn wringing out my socks, then the cloud lifted and Seana Bhraigh appeared. It didn't look too far from here (it is) and it seemed like the clag was lifting for the day (it didn't) so I thought I'd head round and get some views 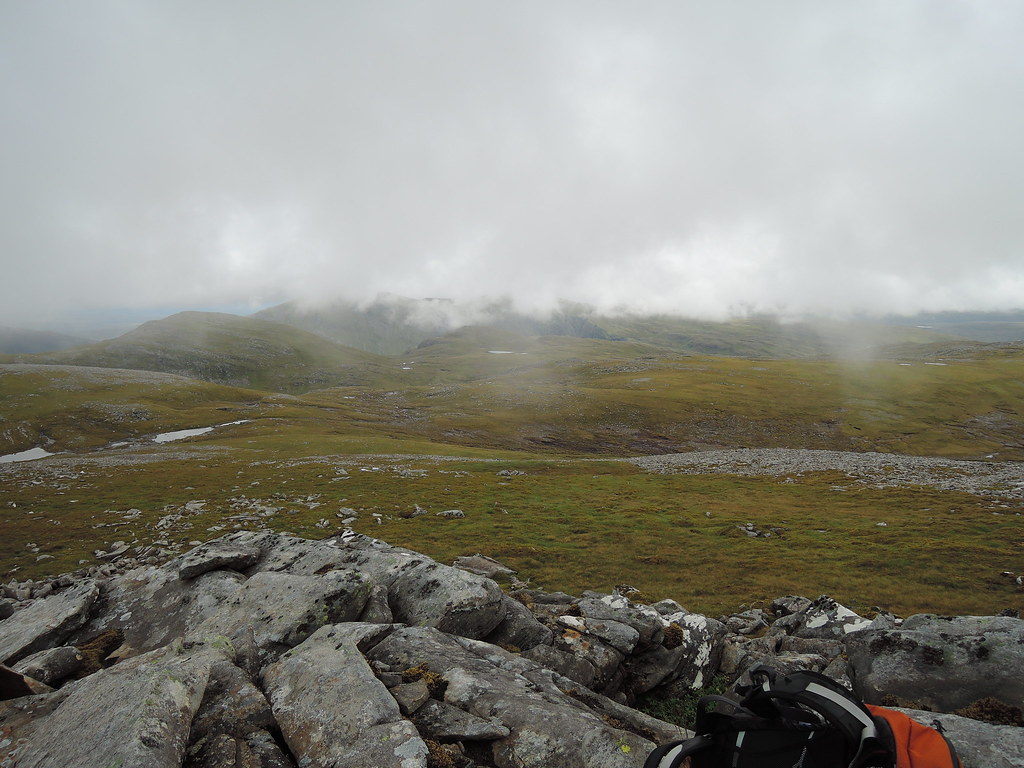 A few crags to avoid on the descent. 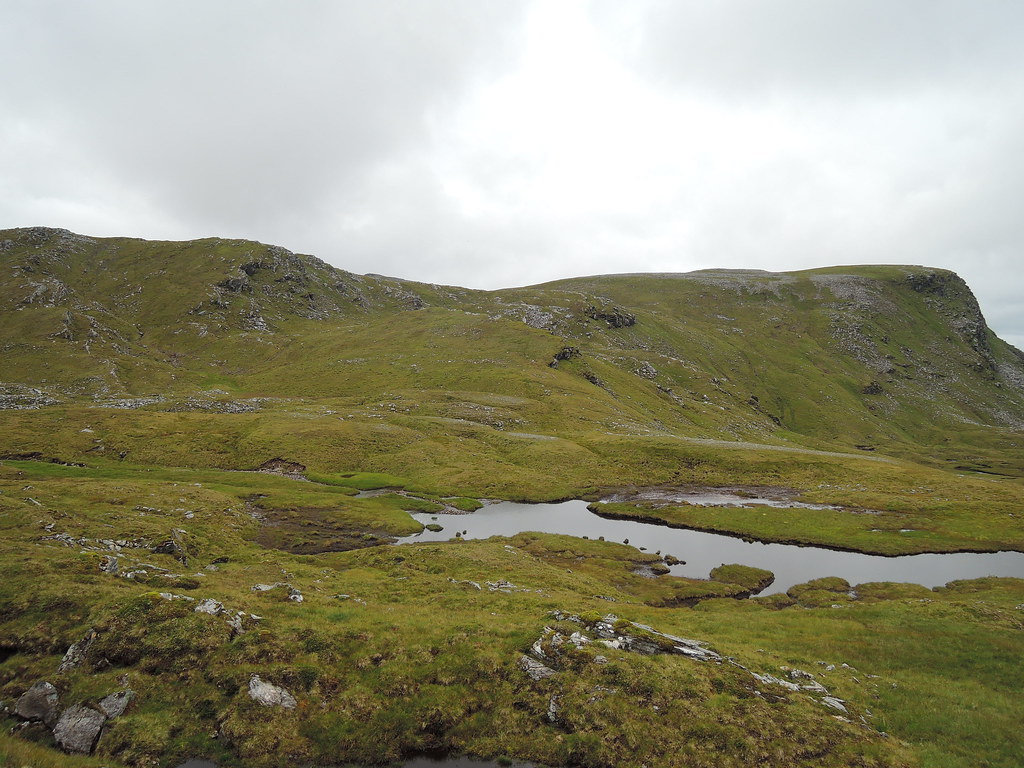 Then joined the approach path to Seana Braigh. There's a cairn at the point where you cut off for the boggy gully. 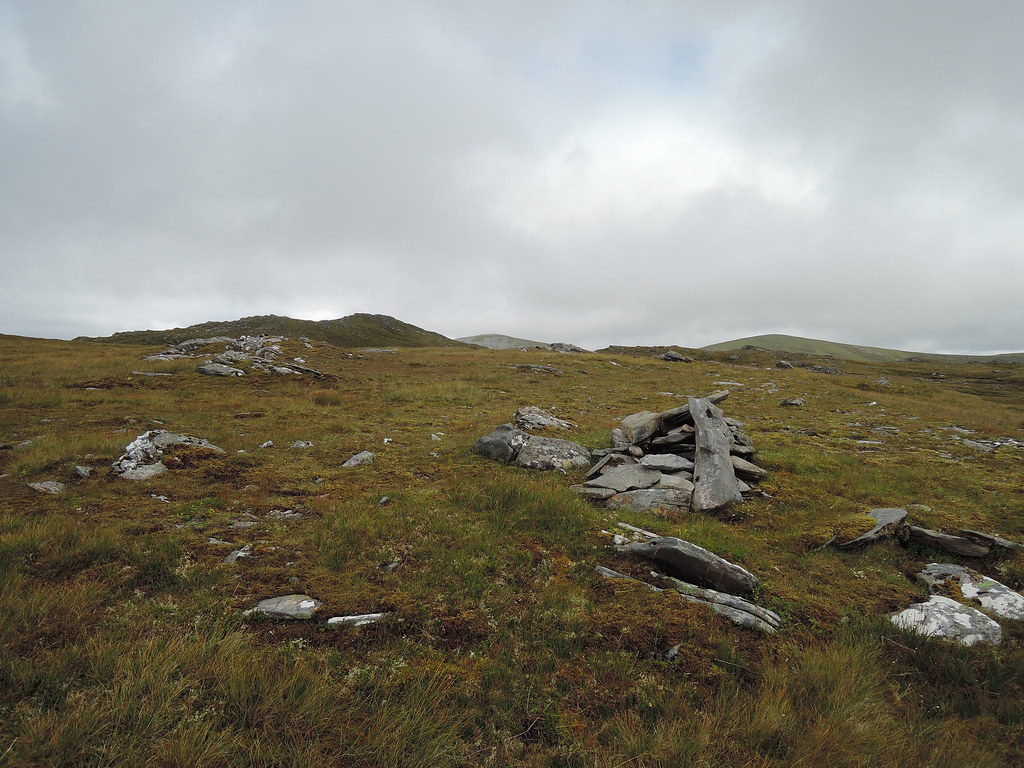 Then it's wet & muddy ground to the gully. Seana Braigh cliffs from the gully: 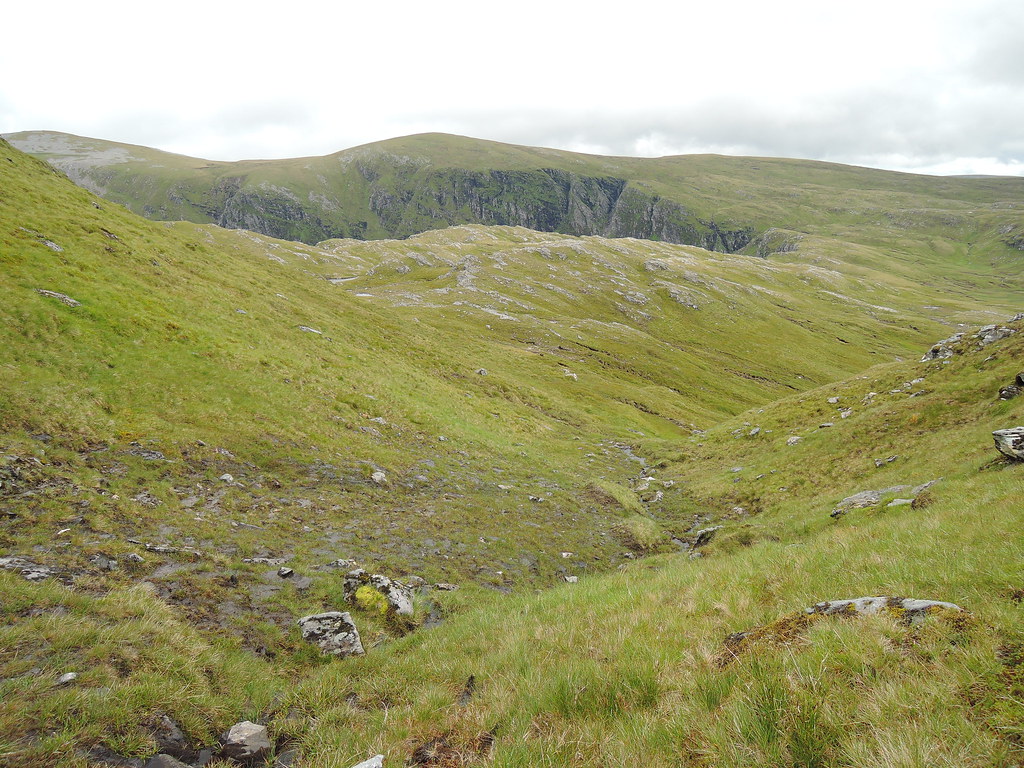 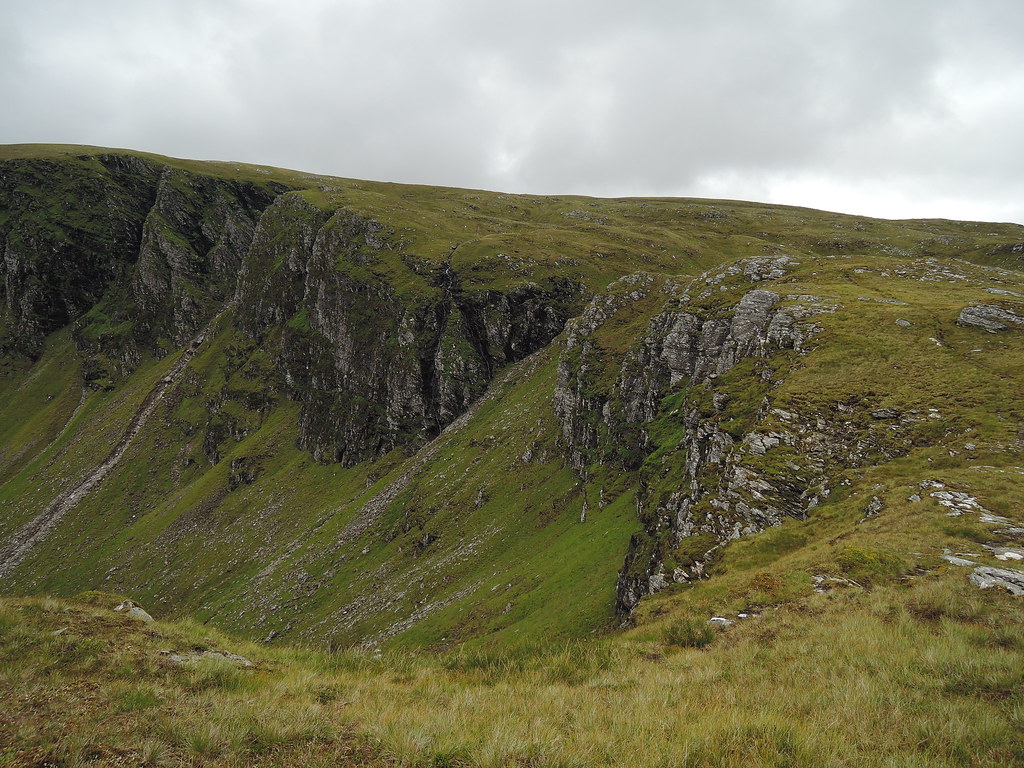 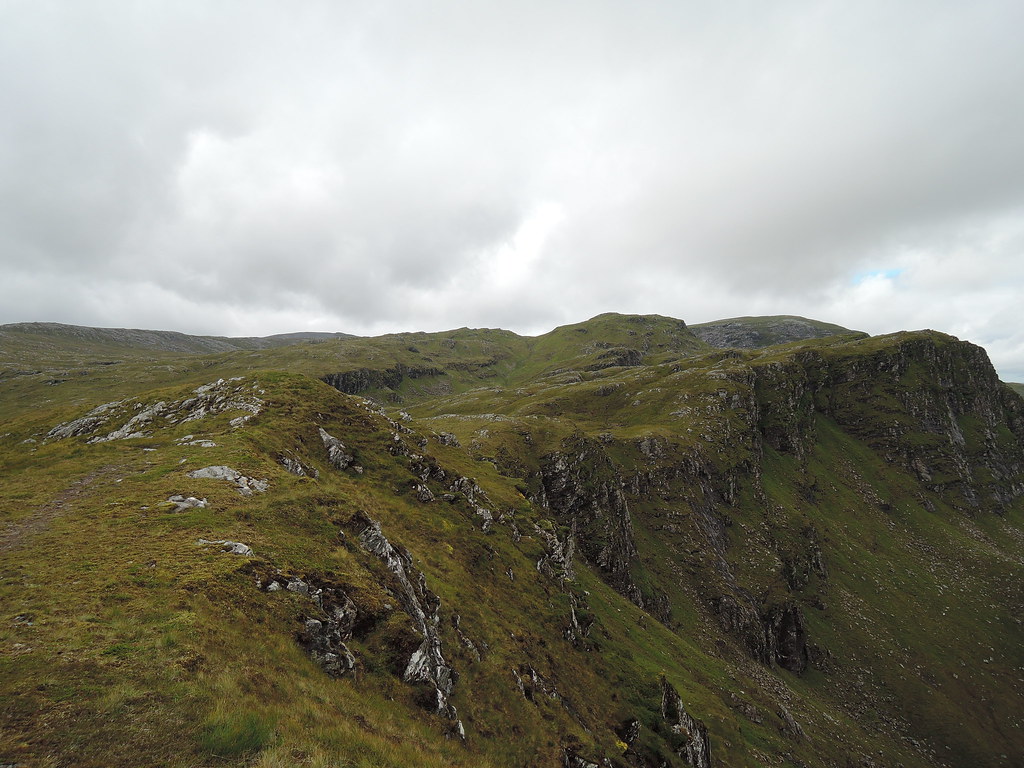 More bog on the way round and on the ascent of Seana Braigh. Clag had been clear for a while so it was looking good for views from the top...till I got there. 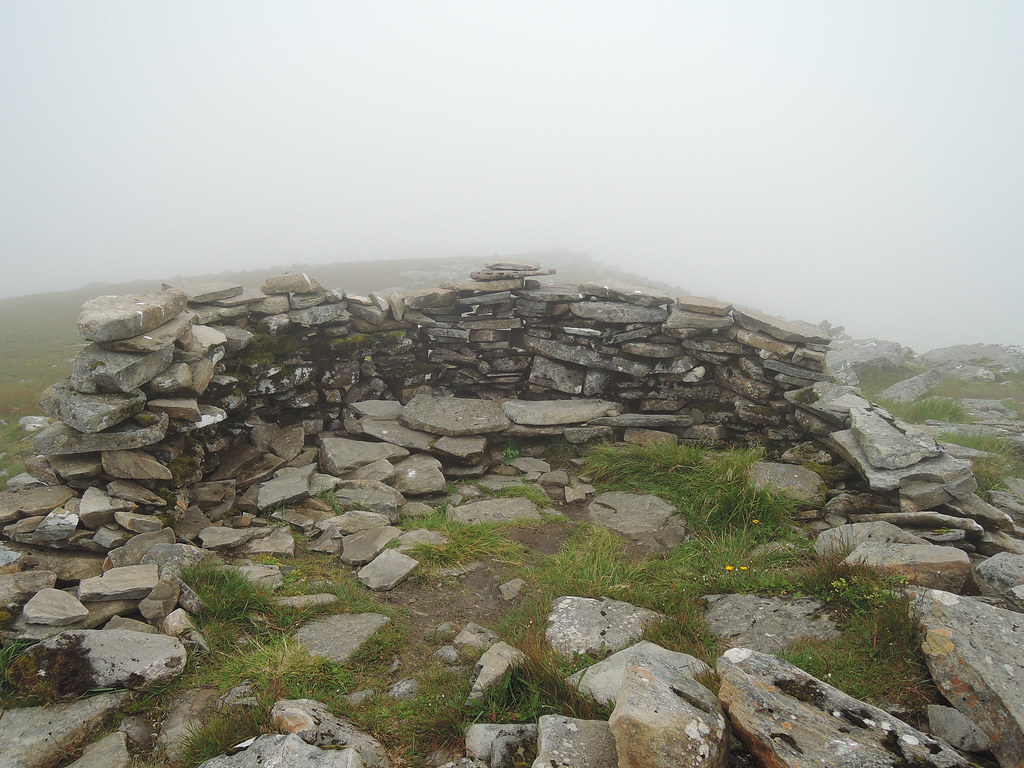 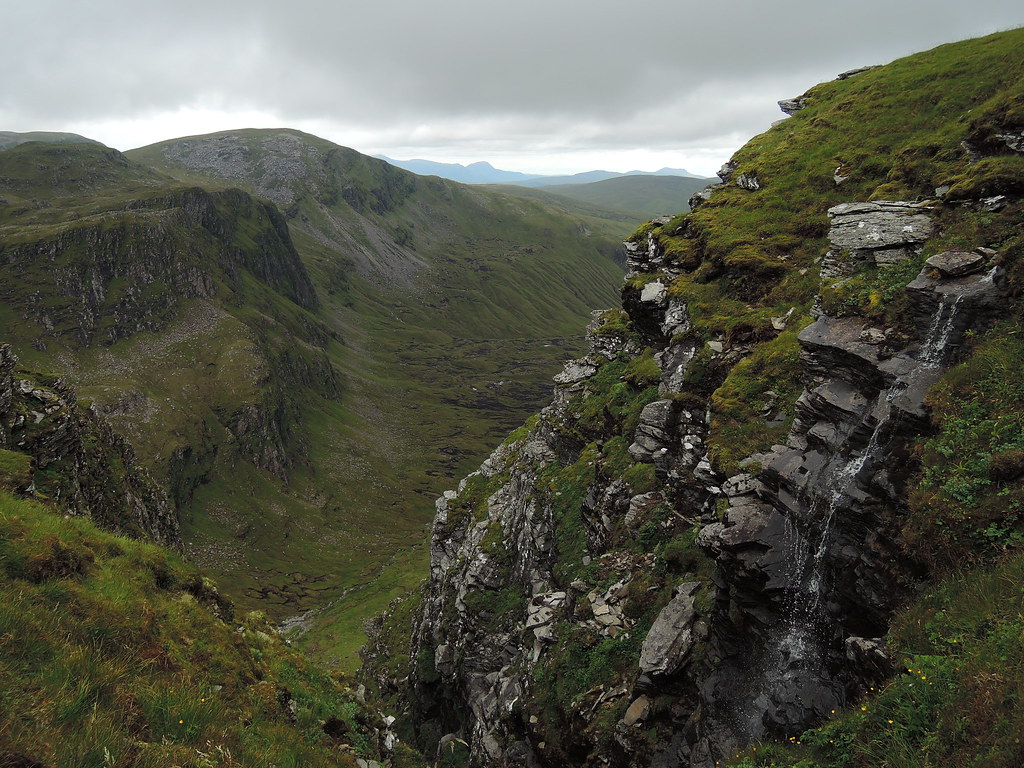 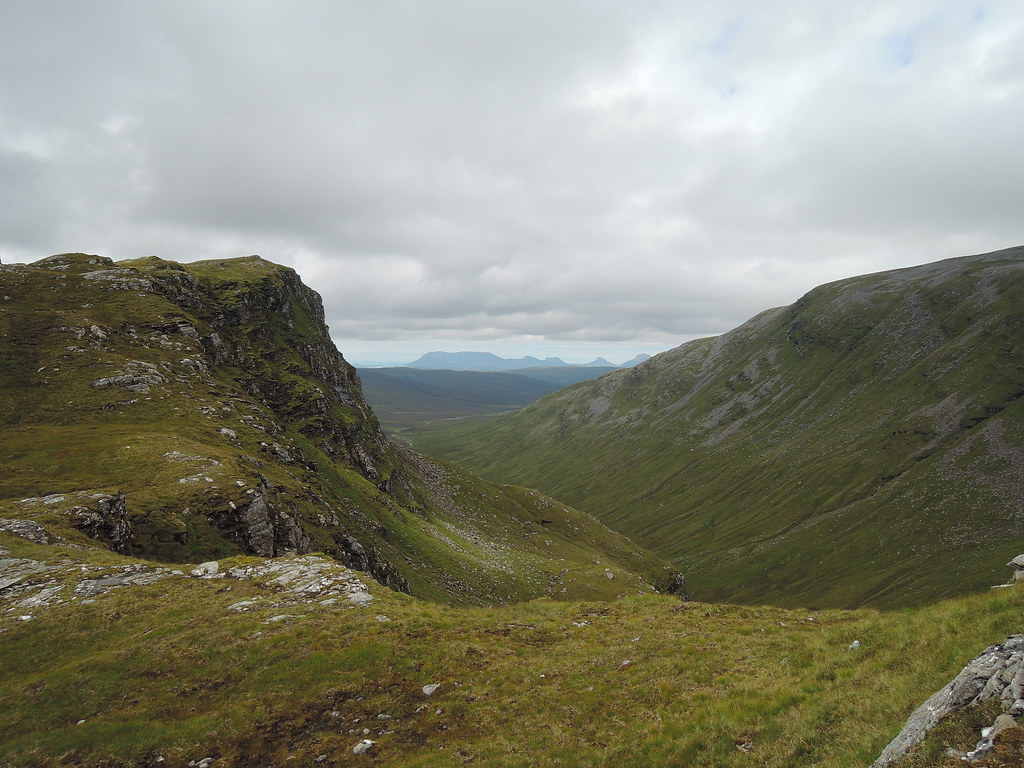 Then back to the gully. 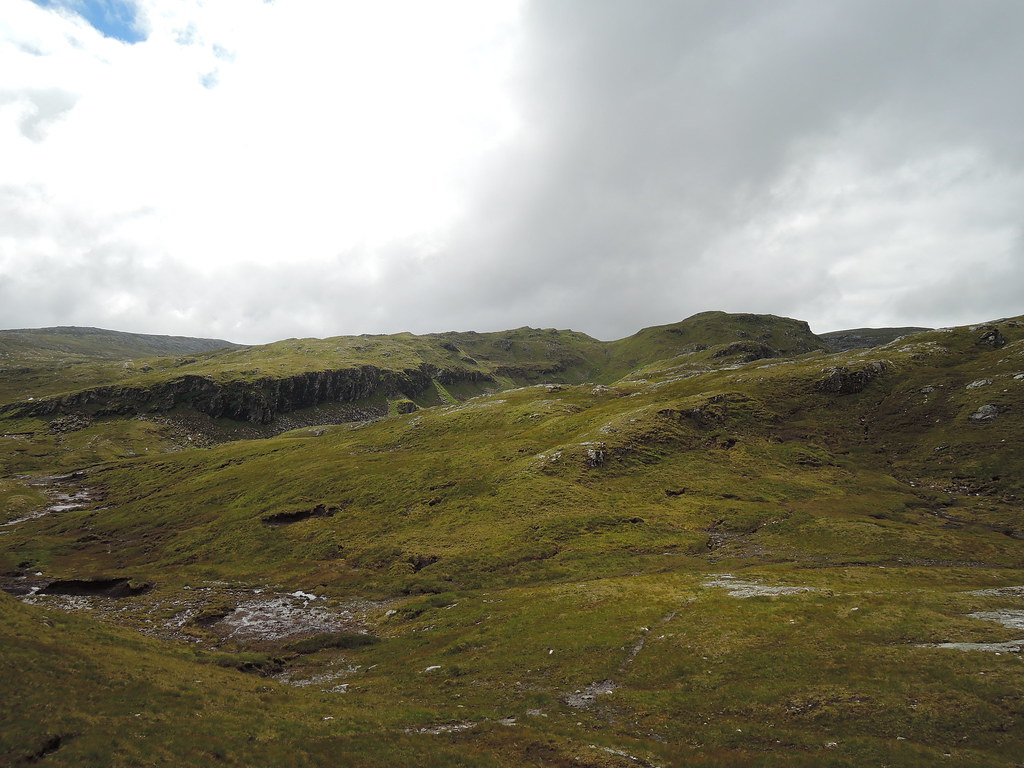 Felt good to be back on the path after all the boggy ground, changed into lovely dry socks & headed back towards An Teallach. Met a couple of walkers who had been on Seana Braigh just before me and got clear views from the summit. 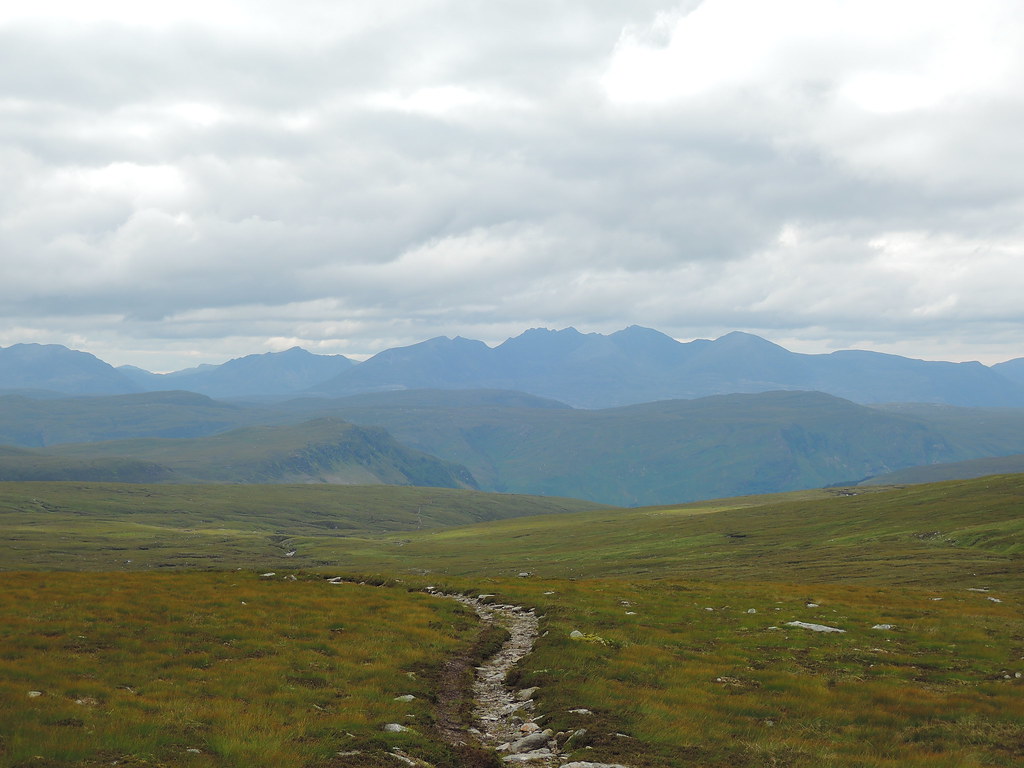 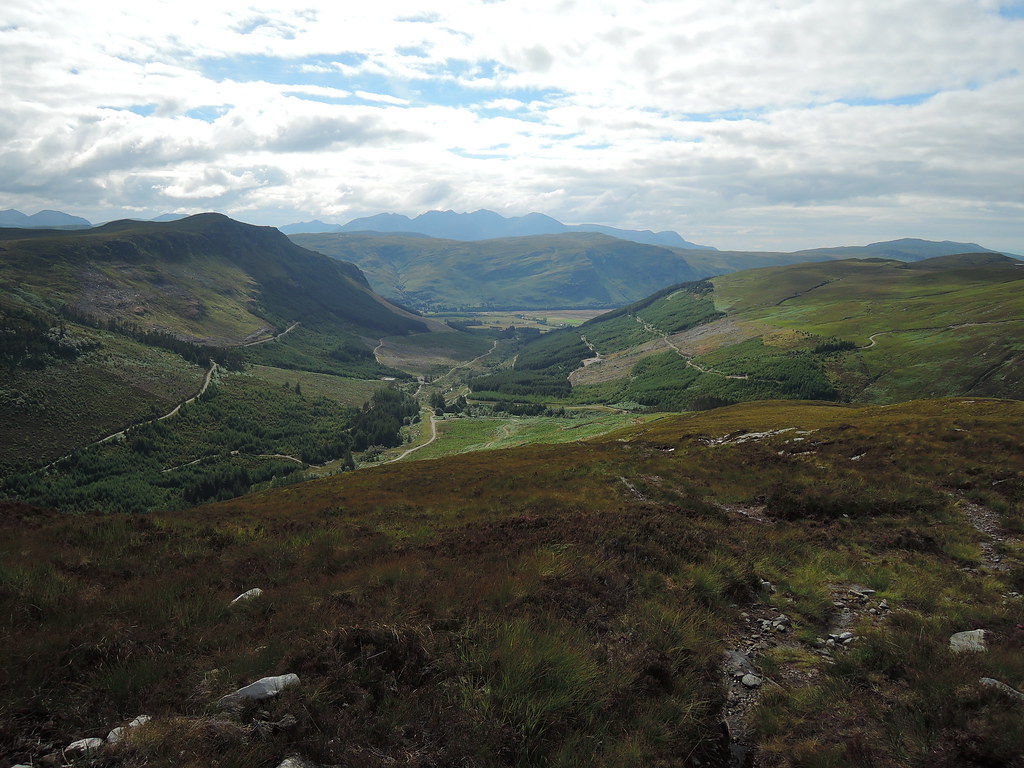 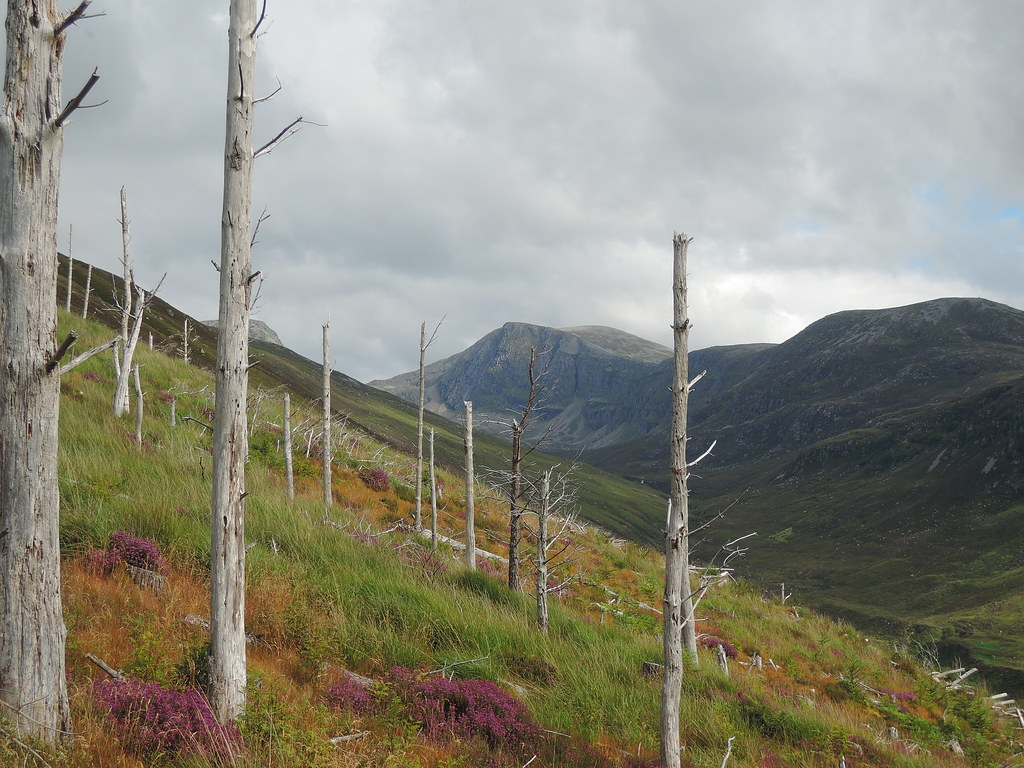 Rejoined the main track here, just before the bridge over River Lael. 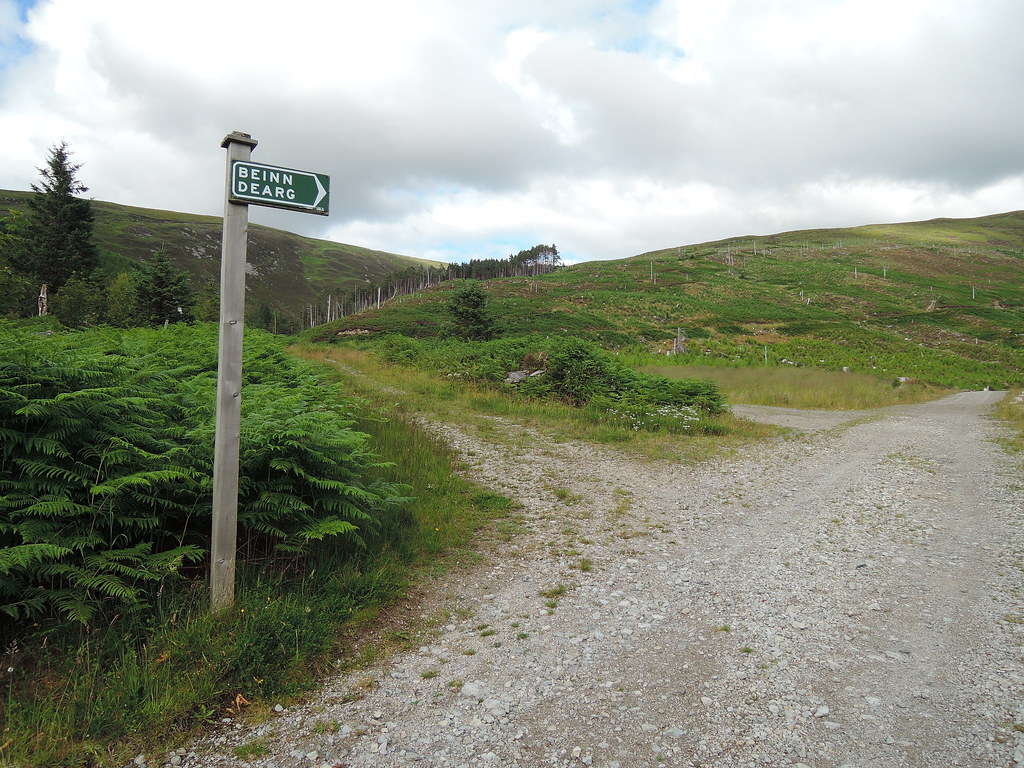 oh what a shame about the clag. that's a very long day and an excellent effort. I'm trying to work out how we could do all the Deargs and am Faochagach in one expedition (including camping) without any wading of rivers. I think we might need to involve a bus as well.

Shame about the clag, but I do admire your stamina to do all 5 in one go